Miklosh Bot and his Ukrainian polyphony: on the issue of union between countries and nations with authentic music

On the power of cultural diplomacy

The relationships between Ukraine and Hungary, to put it bluntly, have not been on the best side. The neighboring countries have found a whole list of issues to make flare-ups about, have built an extensive infrastructure for the opposition and have found their own “war hawks” to lead heated disputes.

At the same time, neither Kyiv nor Budapest virtually has made any effort to build up something similar for mutual understanding, though both have been declaring, almost synchronically, the necessity of compromise.

For all these years there have appeared none to become an opponent to the “hawks”, suggesting a different vision, a concept of understanding.

All of this does not mean, of course, that there are no emissaries of changes. They do exist. Paying no attention to politicians but run their course. Maybe, even without pondering on the fact that their deeds and words are more important for the union between countries and nations than those of politicians.

In the incomprehension between Ukraine and Hungary of the last few years, no doubt Miklosh Bot is such an emissary. A well-known Hungarian musician and ethnographer, he initially was planning for Ukraine to become just his next successful project, like China, Iran or India before. 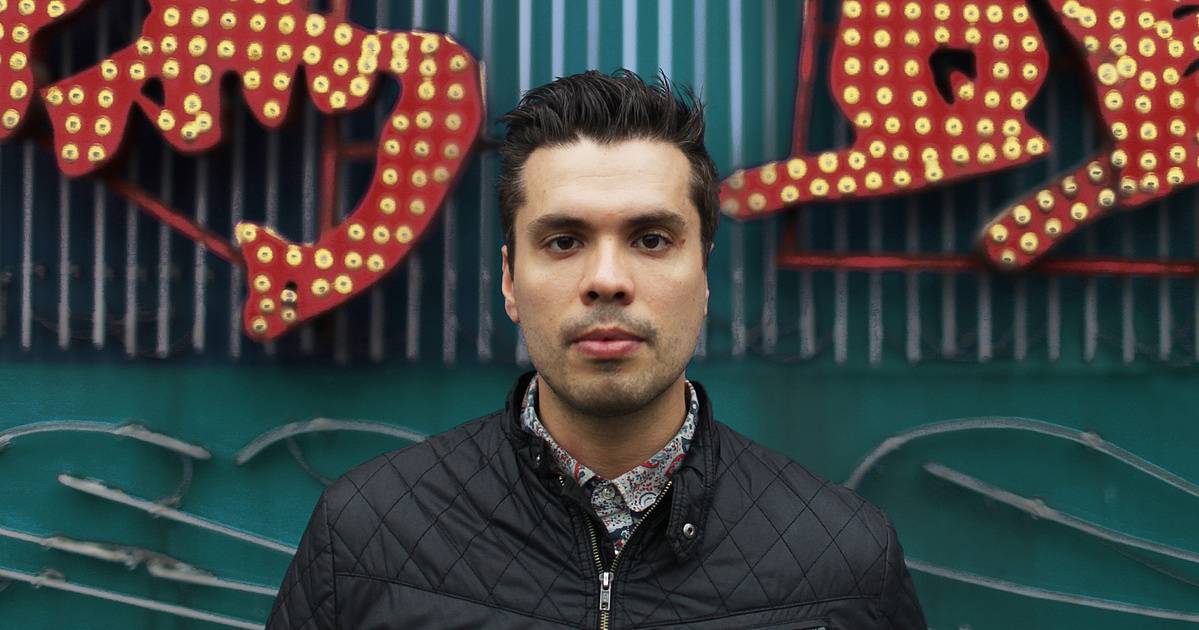 Thing went another way. For the last 5 years, simultaneously to the decadence in the relationships between Kyiv and Budapest, Miklosh Bot went on his expedition trips over Ukraine, doing researches and fixing the unicity of the Ukrainian authentic folk polyphony singing. That means when a song may have at once 2 or often more independent main melodies. This is what is called polyvocality or chorus.

The Hungarian musician not just did his job but made it the core of his life: sympathizing Ukrainians, studying the country and the culture. And his studies were rapid, for his research of Ukrainian folk song meant a code of nation for him, like the vyshyvanka, Ukrainian traditional embroidered skirt.

Being a musician, he was moved by the music. Being an ethnographer, he was touched with the Ukrainian singing.

It may sound as a kind of madness but just think it over: Ukrainians have never been taught this singing technique. It appeared by itself in the collective identity of the Ukrainian nation as a means to express its unicity and originality.

Miklosh Bot realized and felt this phenomenal things at once, understanding:  this authenticity is disappearing, as it happened in Europe, including Hungary. And it may only be found in Ukraine or Romania.

The charismatic Hungarian settled down to the business, unsuspecting that his job may mean much more than that, for the two countries and nations in particular.

The more so that Miklosh Bot is not just an enthusiast or another young musician. He is one of the most successful Hungarian musicians and has won a whole lot of awards an gained an undoubted authority in his own country and beyond. 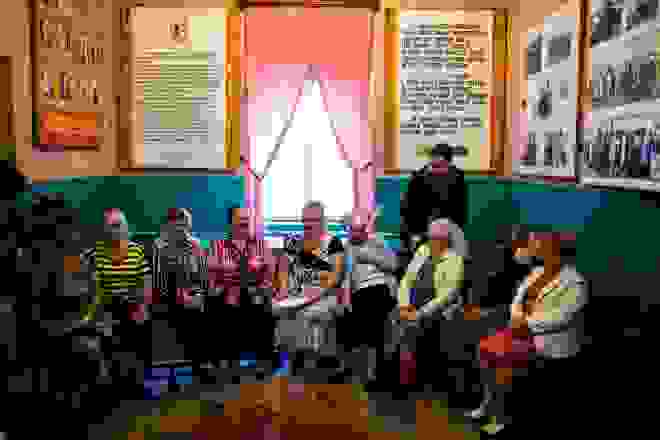 The concert in Budapest

How long is it since you last went to a concert where the watchers applauded not just for a few minutes, standing, but moved emotionally and crying? And what is most surprising: tears went down the faces not only with the elderly public but with the young ones…

It was 3 years ago, in October, that the concert we just described took place in Hungary’s most modern arts palace, the Müpa.

For Miklos Bot it was one of his first performances and indeed his first one in Hungary, held as part of his project, i.e. expedition trips over Ukraine, that he had previously started back in 2014. So for him it also meant a kind of report for the previous two years spent in research and recordings. 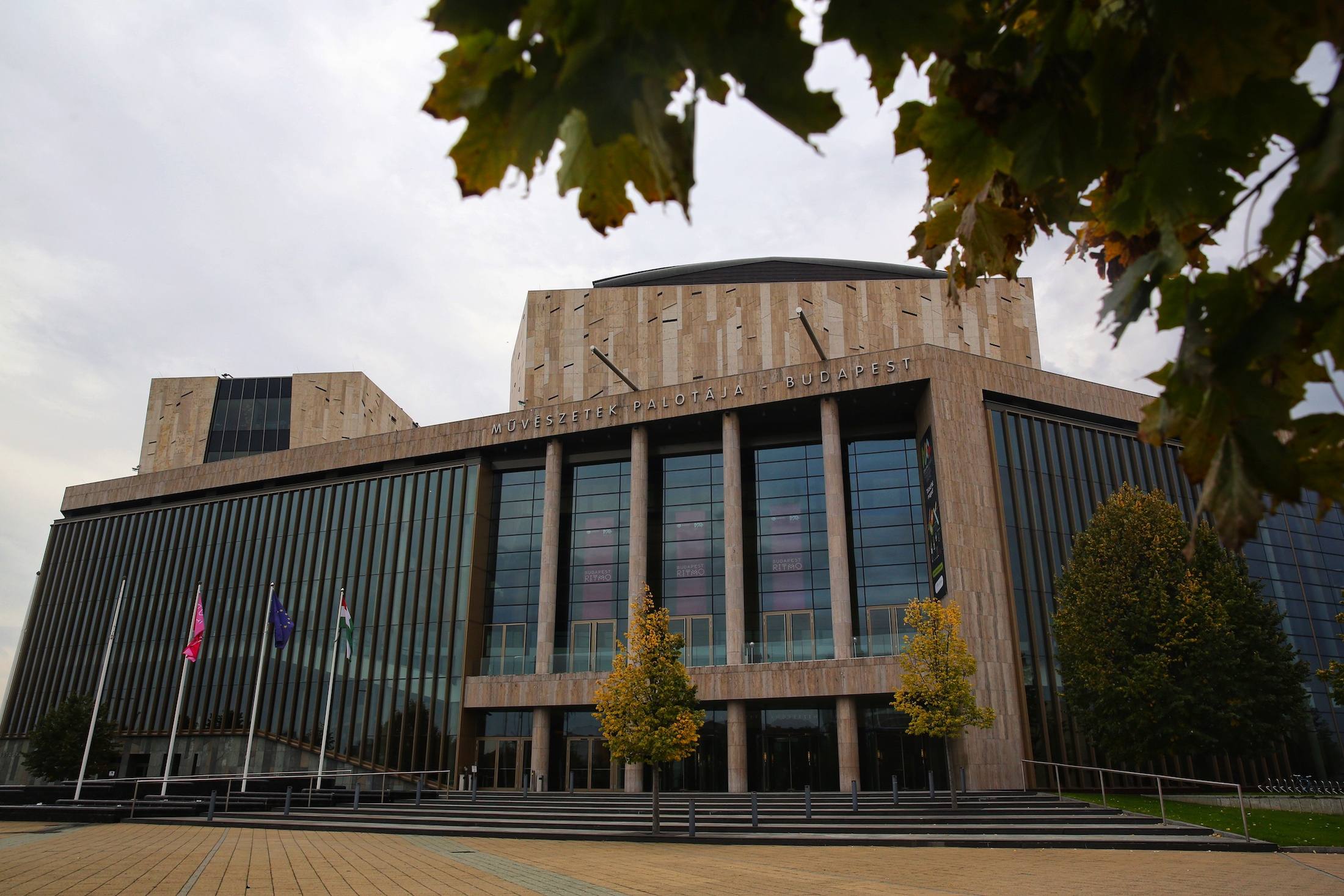 Two years before the concert in Budapest, Miklos found himself at a festival in Poltava region and there he heard Ukrainian folk singing. And it struck him: never had he met anything like that before. He also learnt that this type of polyphonic singing is in danger of extinction, so he set about recording everything.

The Hungarian and his team travelled around 26 communities in Ukraine for the next 2 years, mostly in Central Ukraine – Poltava, Kyiv, Chernihiv regions.

Now back to the concert in Budapest. Together with Miklos, the music band of “Pisnehray” (Song&Play) performed, coming from the village of Popivka of Myrhorod district. A team was originally just a village club choir. There were total amateurs but still they managed to preserve the tradition and authenticity of Ukrainian folk singing. 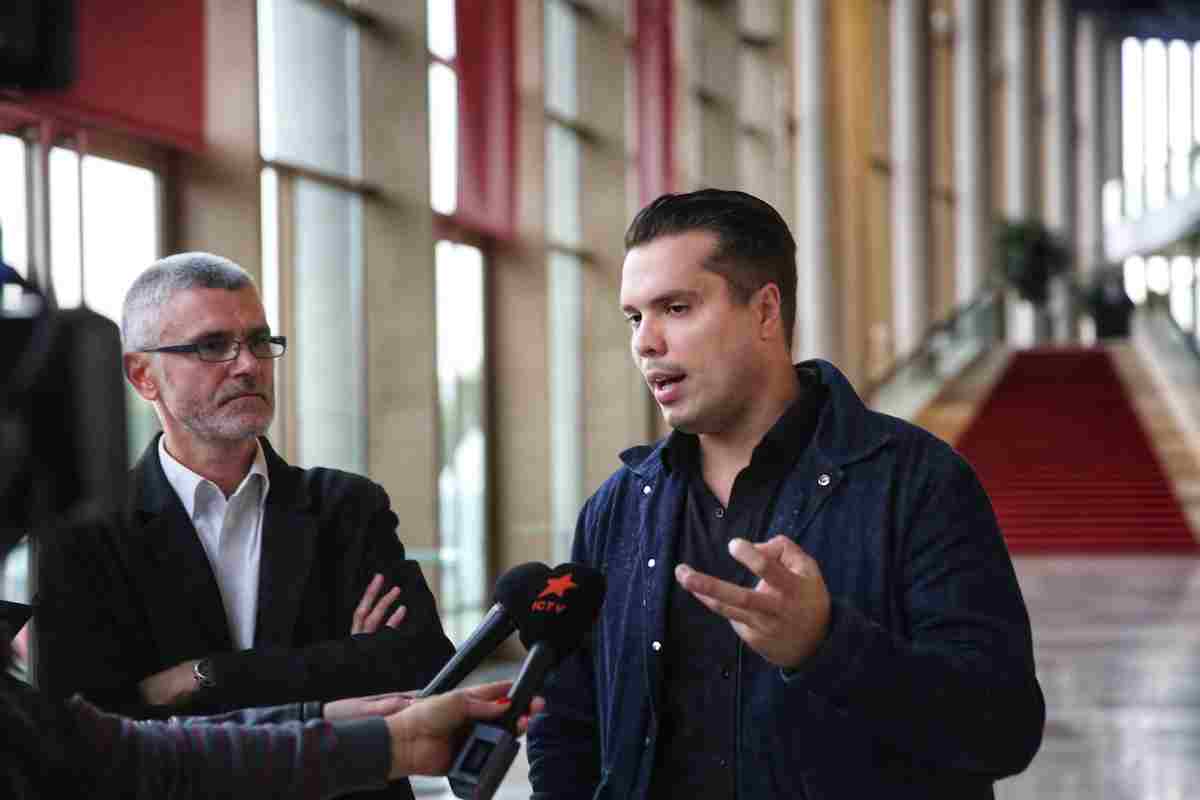 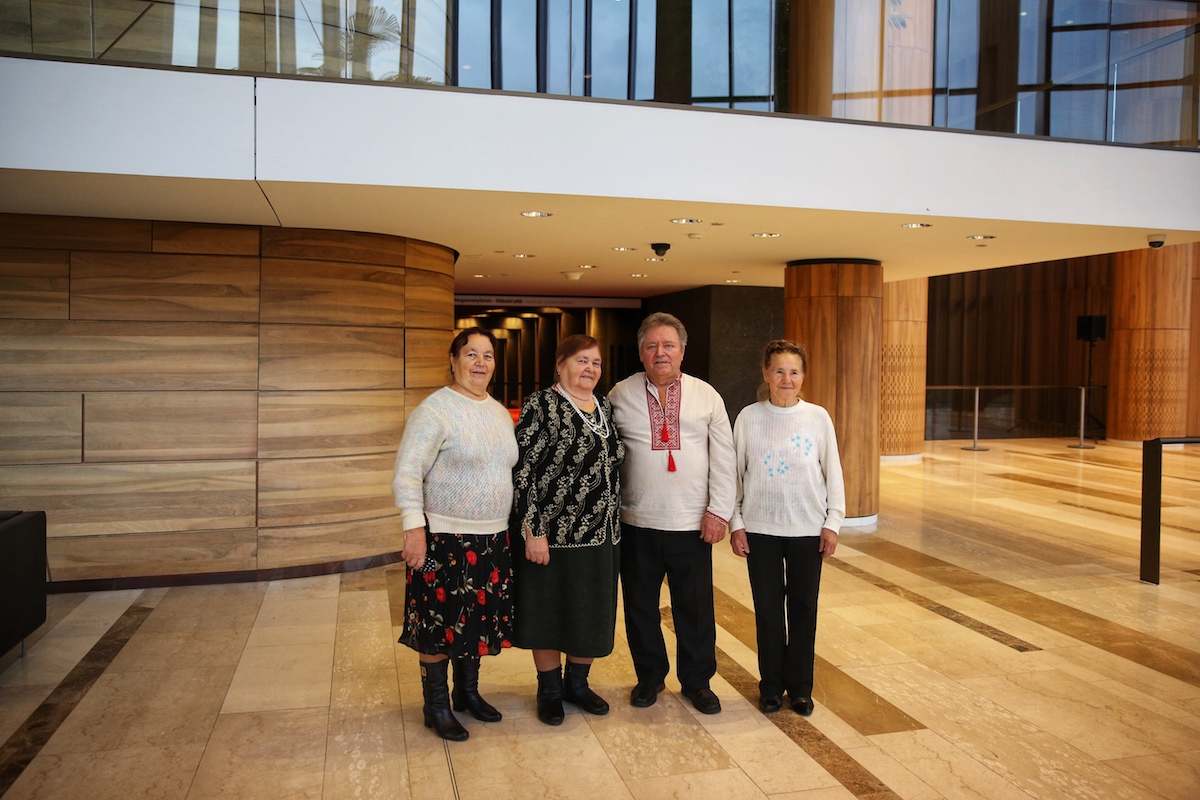 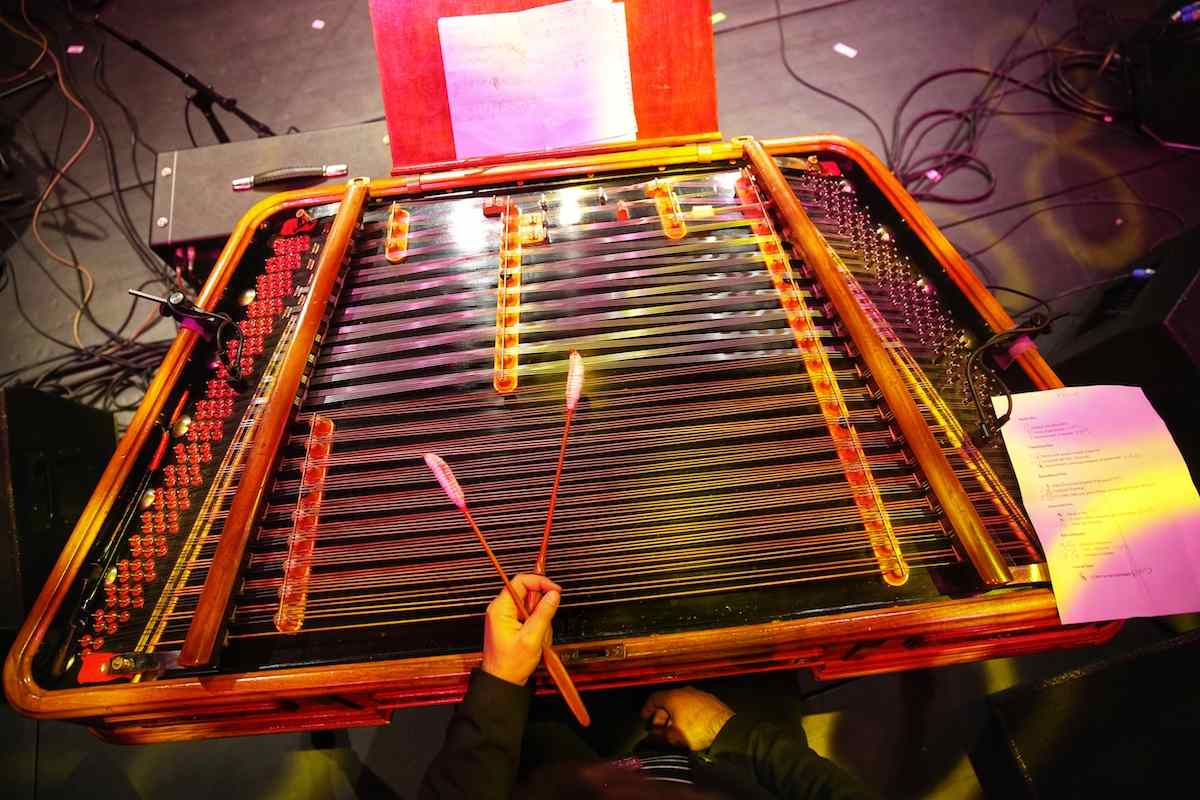 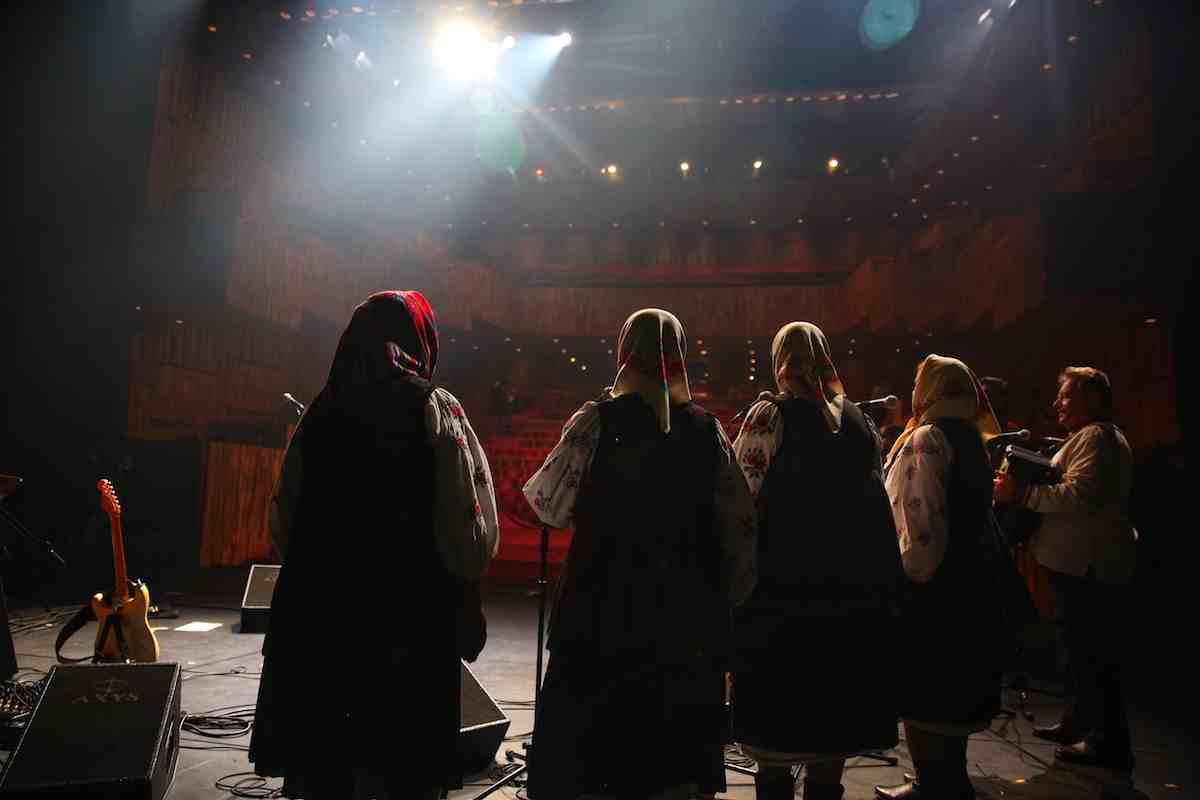 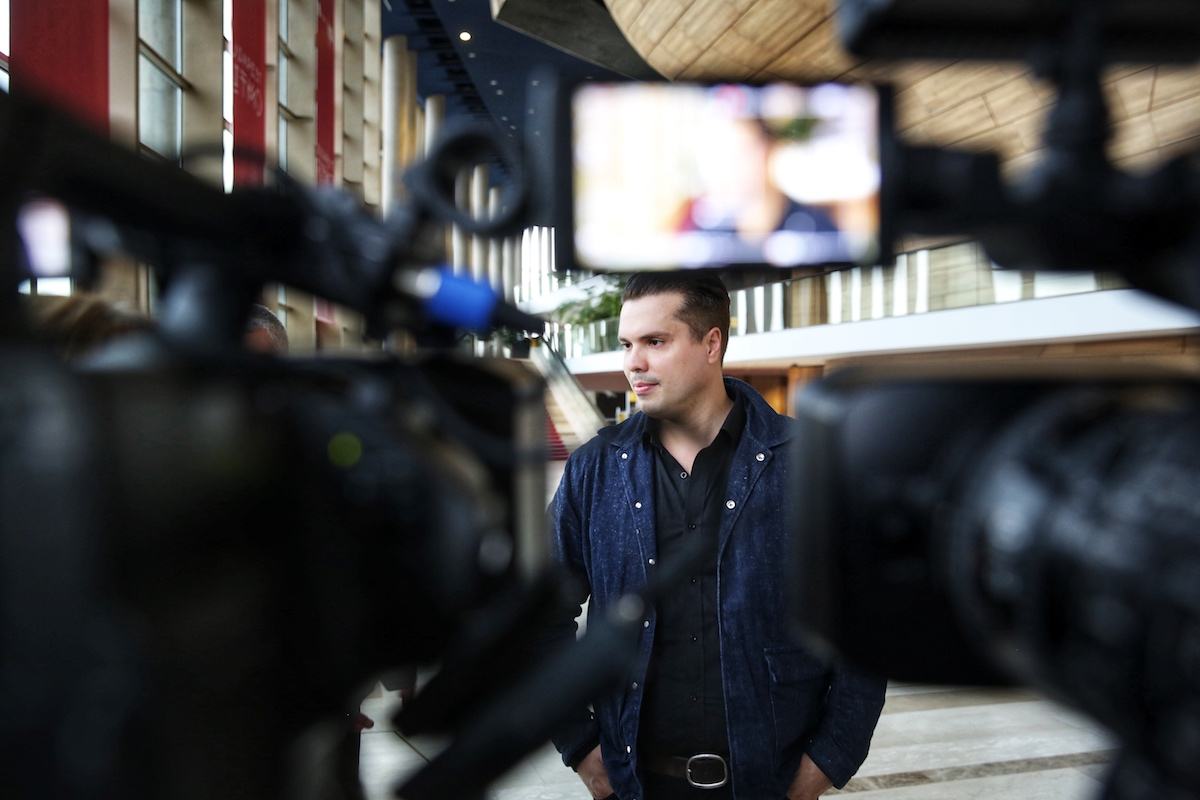 Basically, the concert at the Müpa was not like any common one, even featuring folk music. And it was not only because of the authorly accompaniment to Ukrainian song by Miklos Bot’s team. There was more about the concert than simply music. The audience, most of whom were Ukrainians from the local community and their kids,  were shown videos and records from Miklos’s trips over Ukraine, containing Ukrainians’ stories. 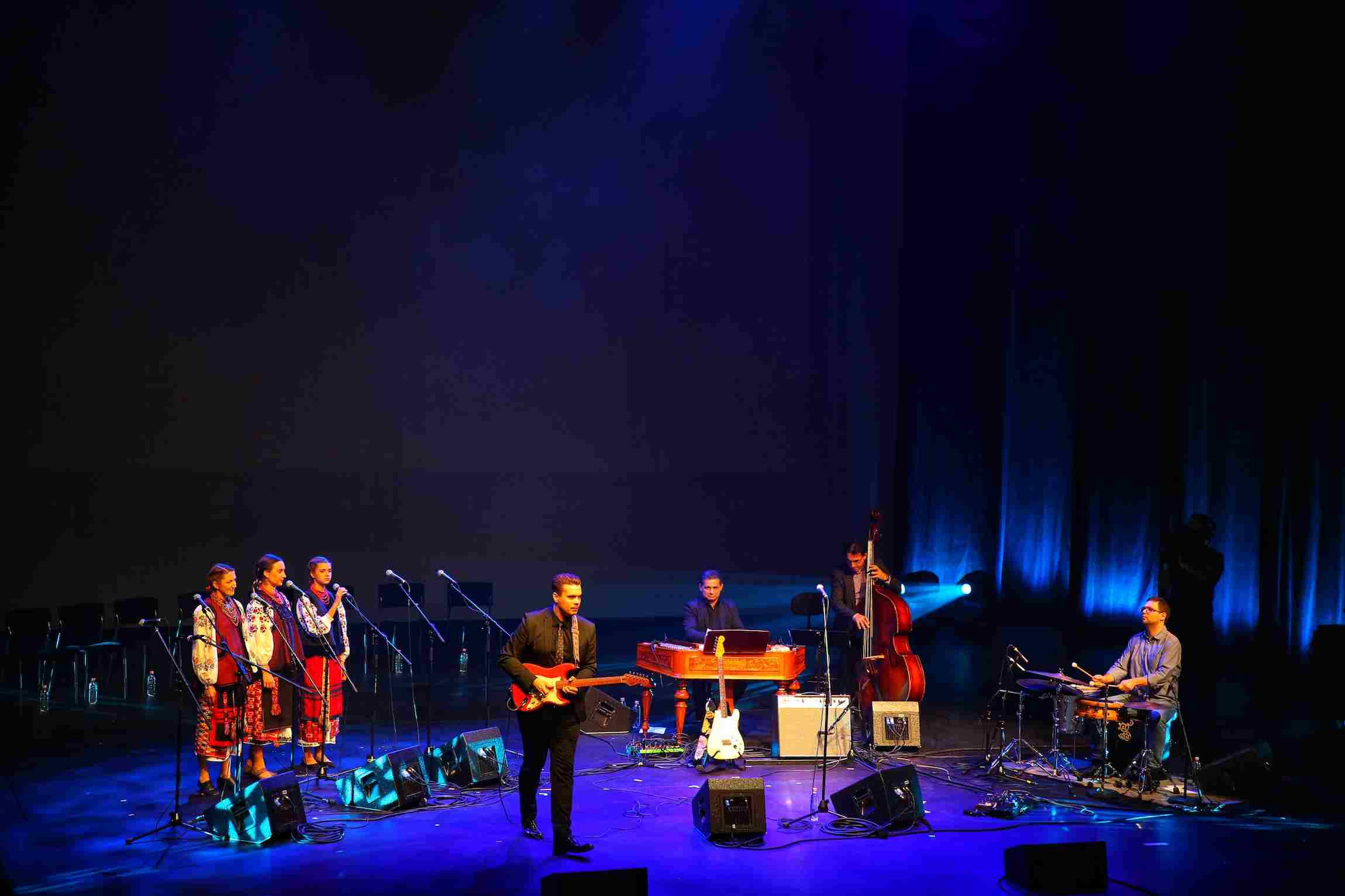 Among the records, there was one that gave everyone the creeps. It was a video of a woman who went to visit her relatives’ graves. At the cemetery she started humming a song, putting words she invented on the spot, onto a traditional folk pattern. 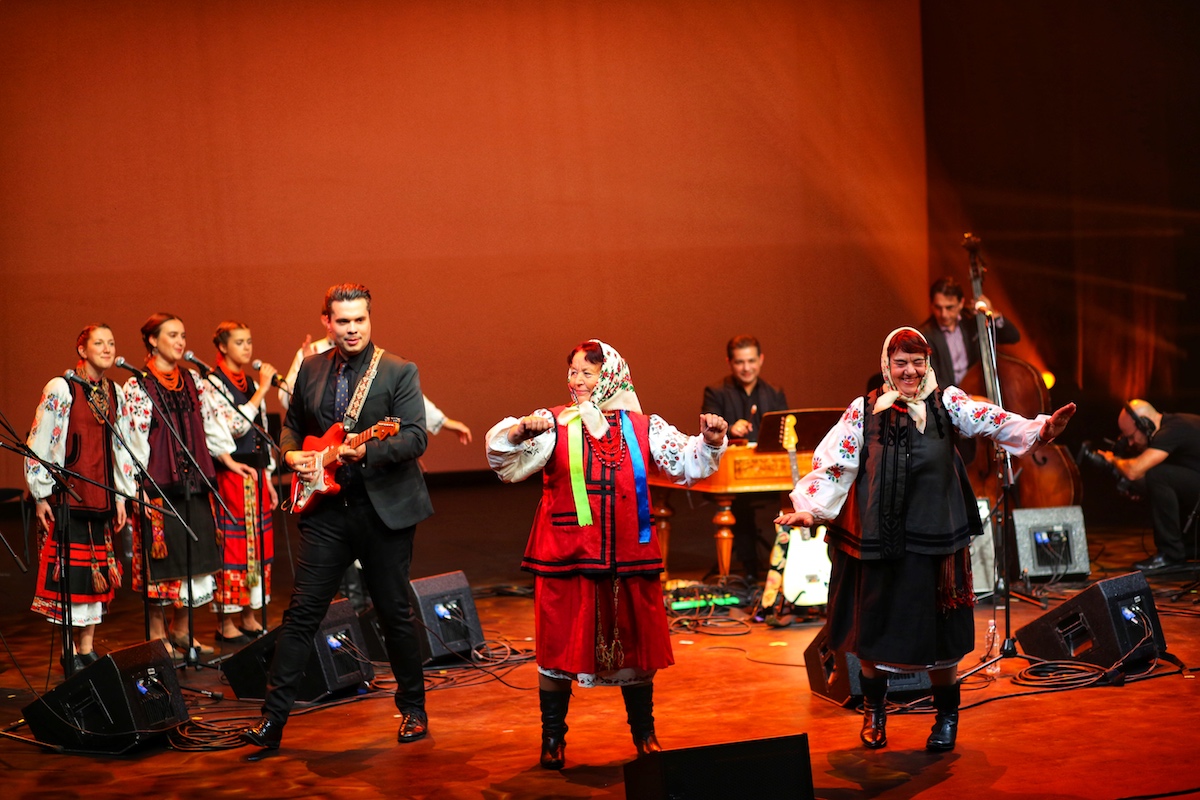 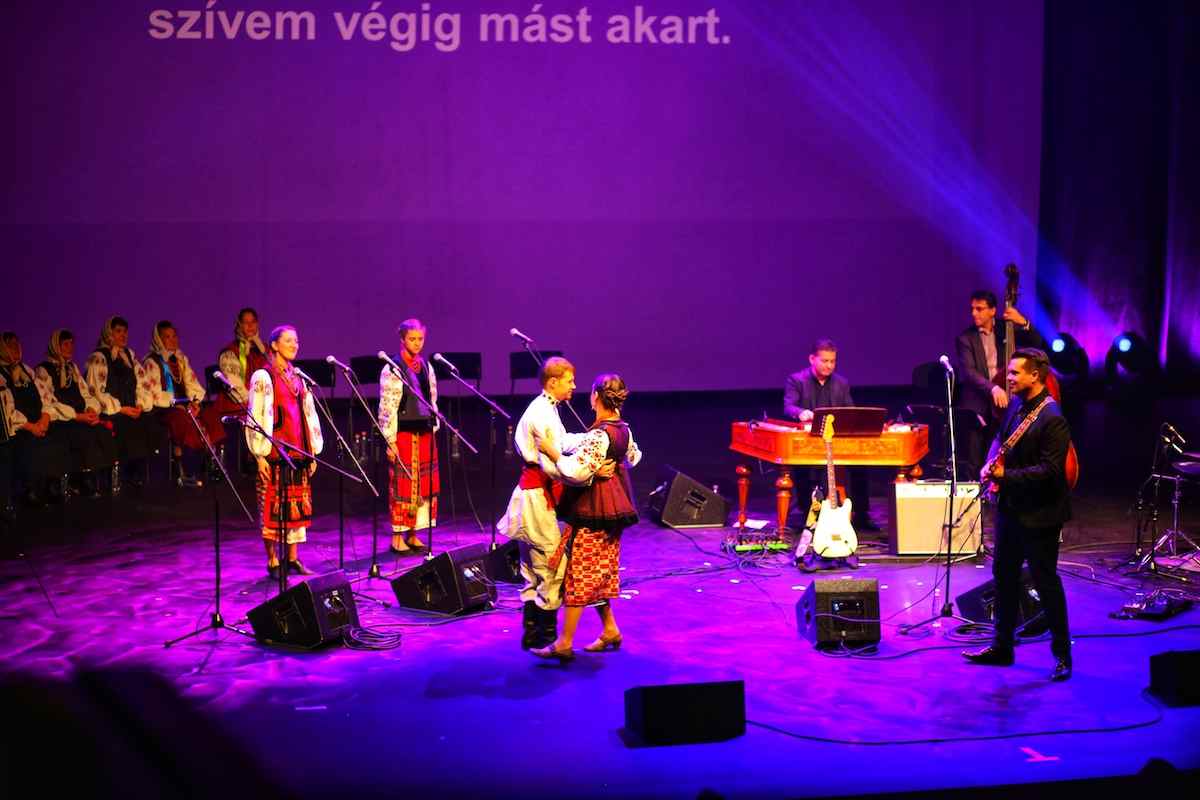 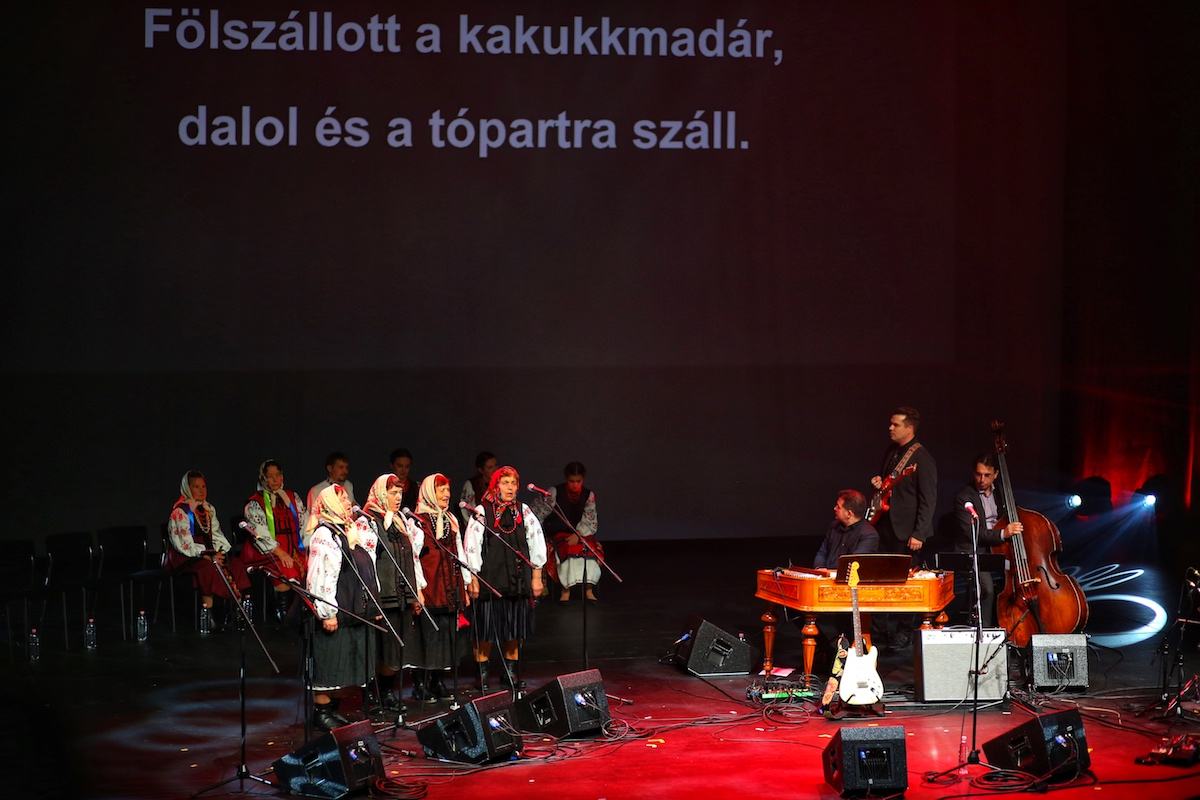 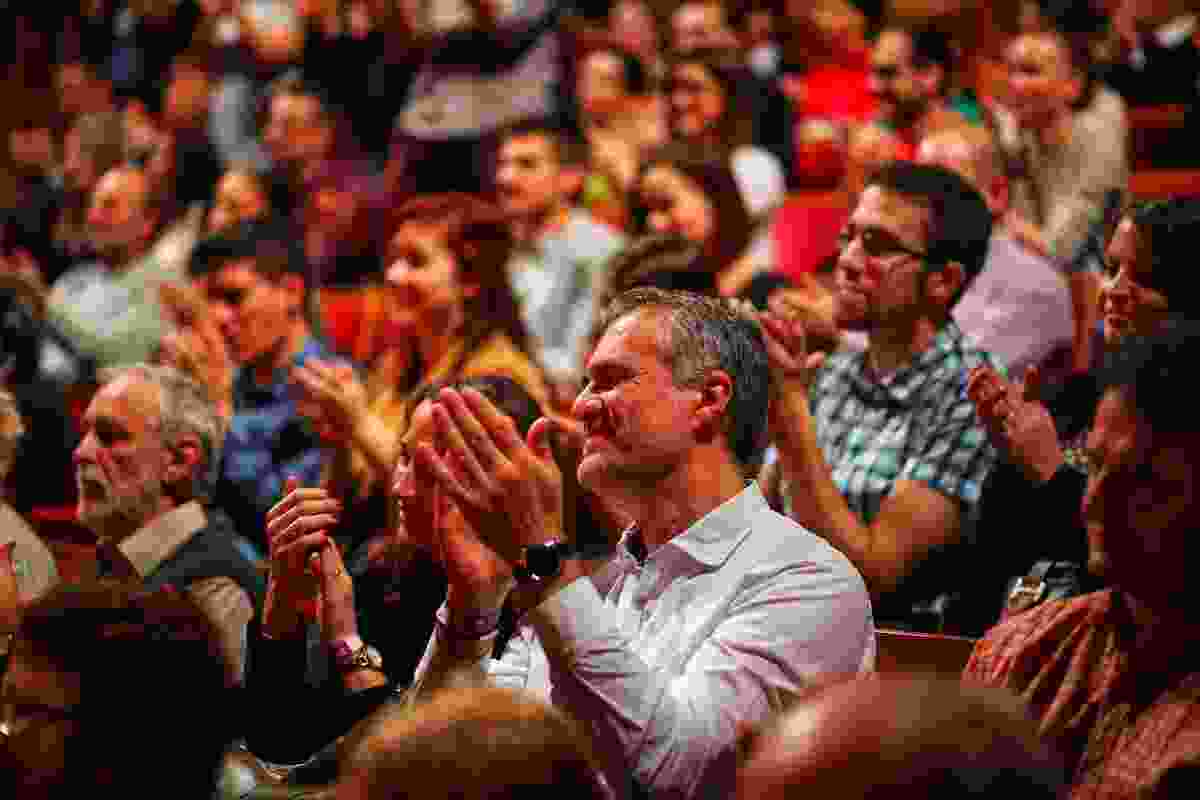 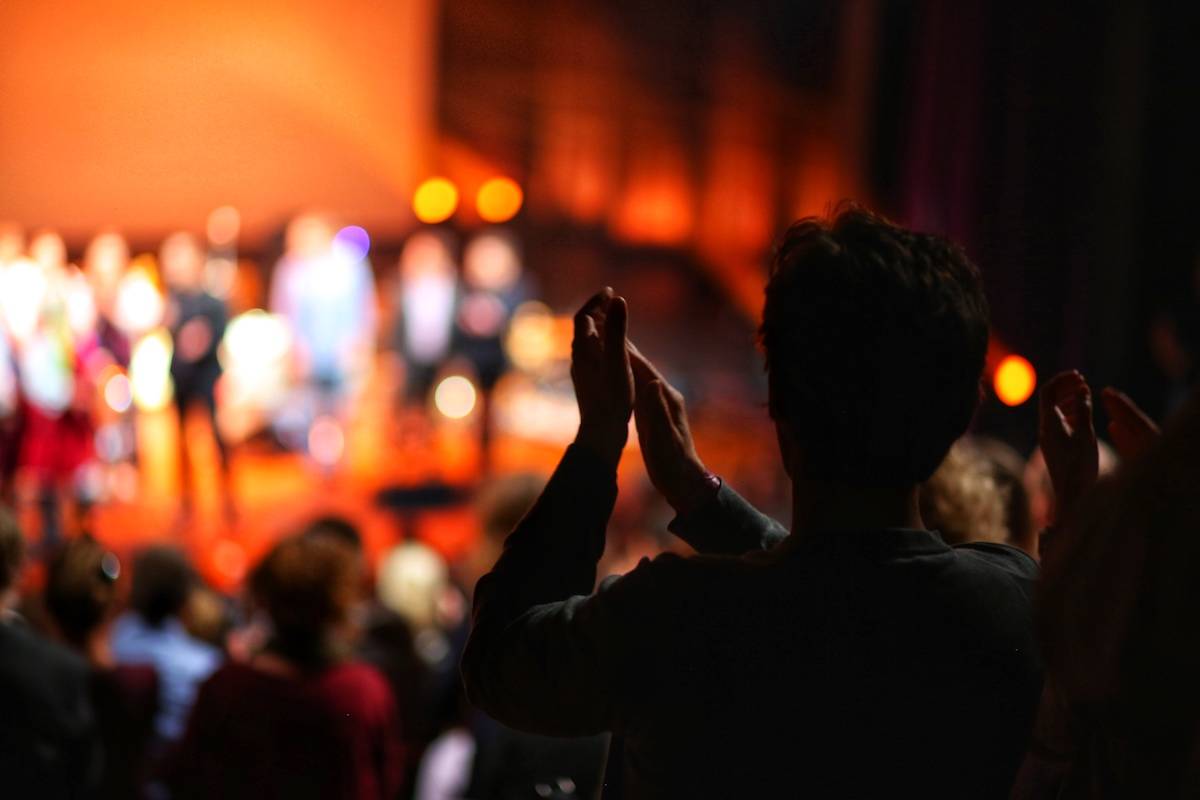 The concert lasted for about an hour. As the artists finished their performance, and they all encore to thank the audience, many had tears in their eyes. Definitely, they were fascinated with the action and maybe grieved about their native land. The Ukrainian song is so moist teary-eyed and sure to affect you emotionally.

Needless to say, Miklos could not stop after that and limit himself with a single expedition. 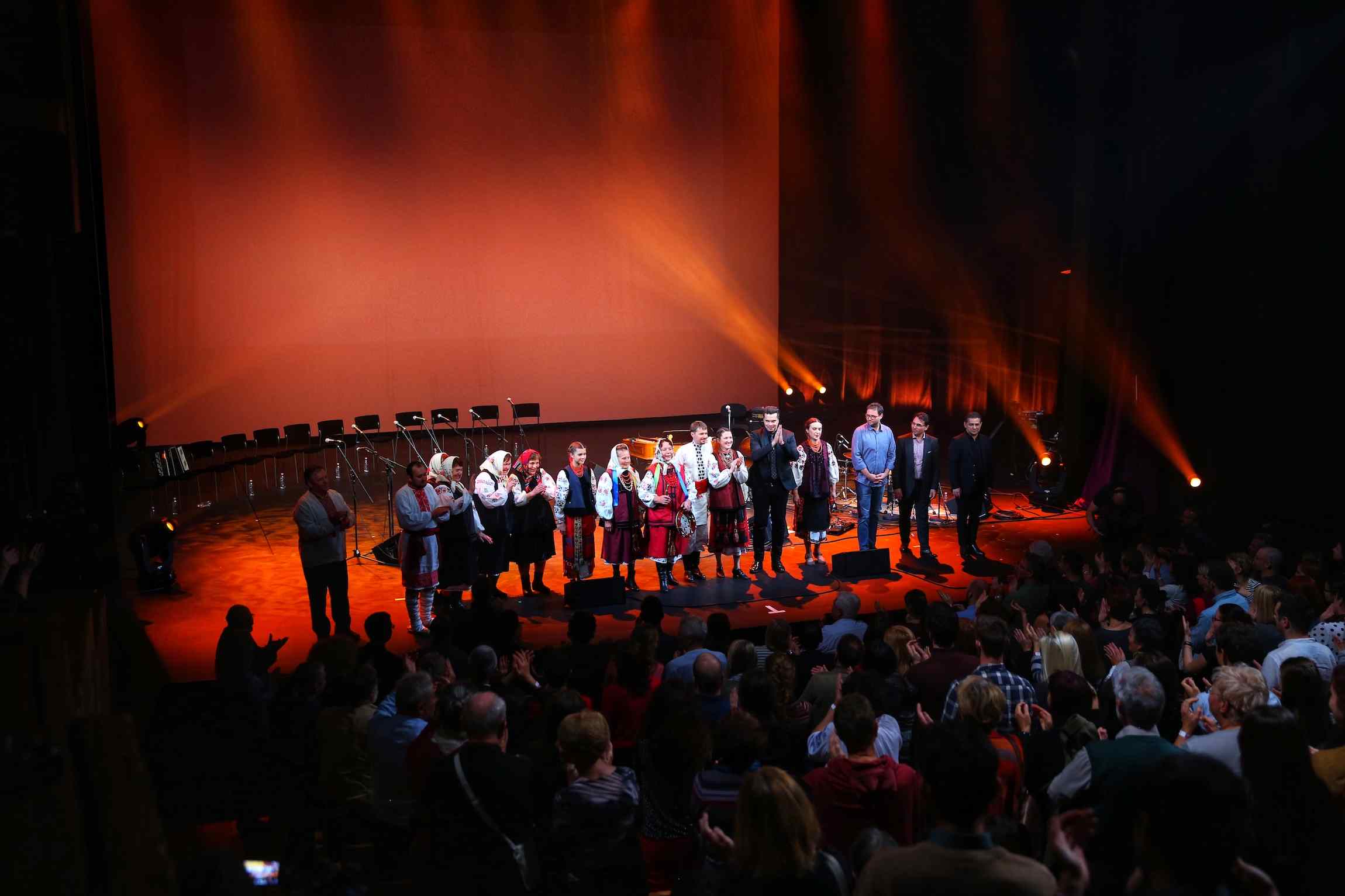 In 2017, Mikllos Bot started cooperation with the Ukrainian museum of Ivan Gonchar, as part of the project Polyphony, and through their joint efforts, they launched the greatest online collection of Ukrainian traditional song.

It has free access, so everyone can visit and get a grasp, listen out and sing along. Welcome to the site of the Polyphony project.

By now Miklos and his team have published their findings from 11 ethnographic regions of Ukraine, providing a clear detailing for the records, sorted by circumstances, genres, subjects and motives.

It is strange that a Hungarian and not a Ukrainian should have started the affair.

And not this only.

The Ukrainian Yard in the Devil’s Pot

The Devil’s Pot is one of Europe’s greatest festivals of authentic music, held in 6 villages of Hungary simultaneously, located at the border to Croatia. In Hungarian it sounds as „ördögkatlan” and is spelled with that special «ö» vowel.

At first Miklos Bot was going to participate in the festival having a program similar to the one he had presented at the concert in Budapest we mentioned. But his success and the interest roused to his project and Ukrainian songs made him set up a special Ukrainian yard, a location at the festival. 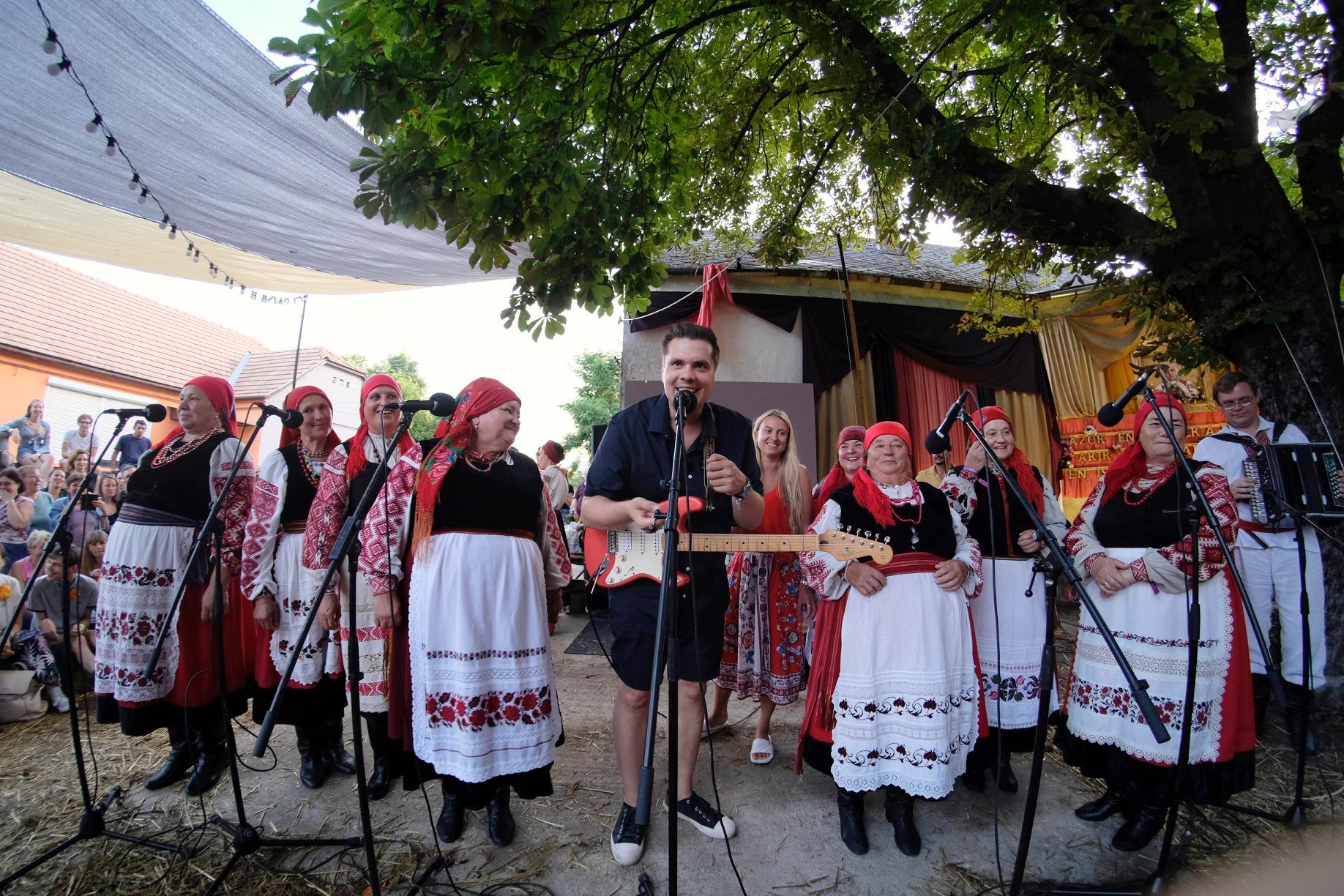 In August this summer, our Editorial team was lucky to visit the festival and see everything with our own eyes and communicate to Miklos once again.

Miklos Bot’s Ukrainian Yard at the festival of „Ördögkatlan” looked as an old hut with a large yard. Ukrainian ethical formations perform there annually. This year it was “Kutochyny” from the village of Rokytne in Rivne region and “Rozhanytsia” from Kyiv. The first one is an amateurs’ team, including already for 45 years. Among its members are elderly women (77-year-old Maria Kyrylovets  being the oldest). And the other formation has been working for 11 years and is made up of girls and boys and is a professional one.

The Ukrainian artists performed a few dozens of songs for the five days they spent at the festival. Also they reproduced the festive traditions of St. John the Baptist’s Day and showed a wedding party performance. To do the latter, they had brought with them a real round loaf (a korovai) from Ukraine and treated all the guests of the Ukrainian Yard. The festival visitors were also treated to Ukrainian green borshch (beetroot soup) and authentic horilka. 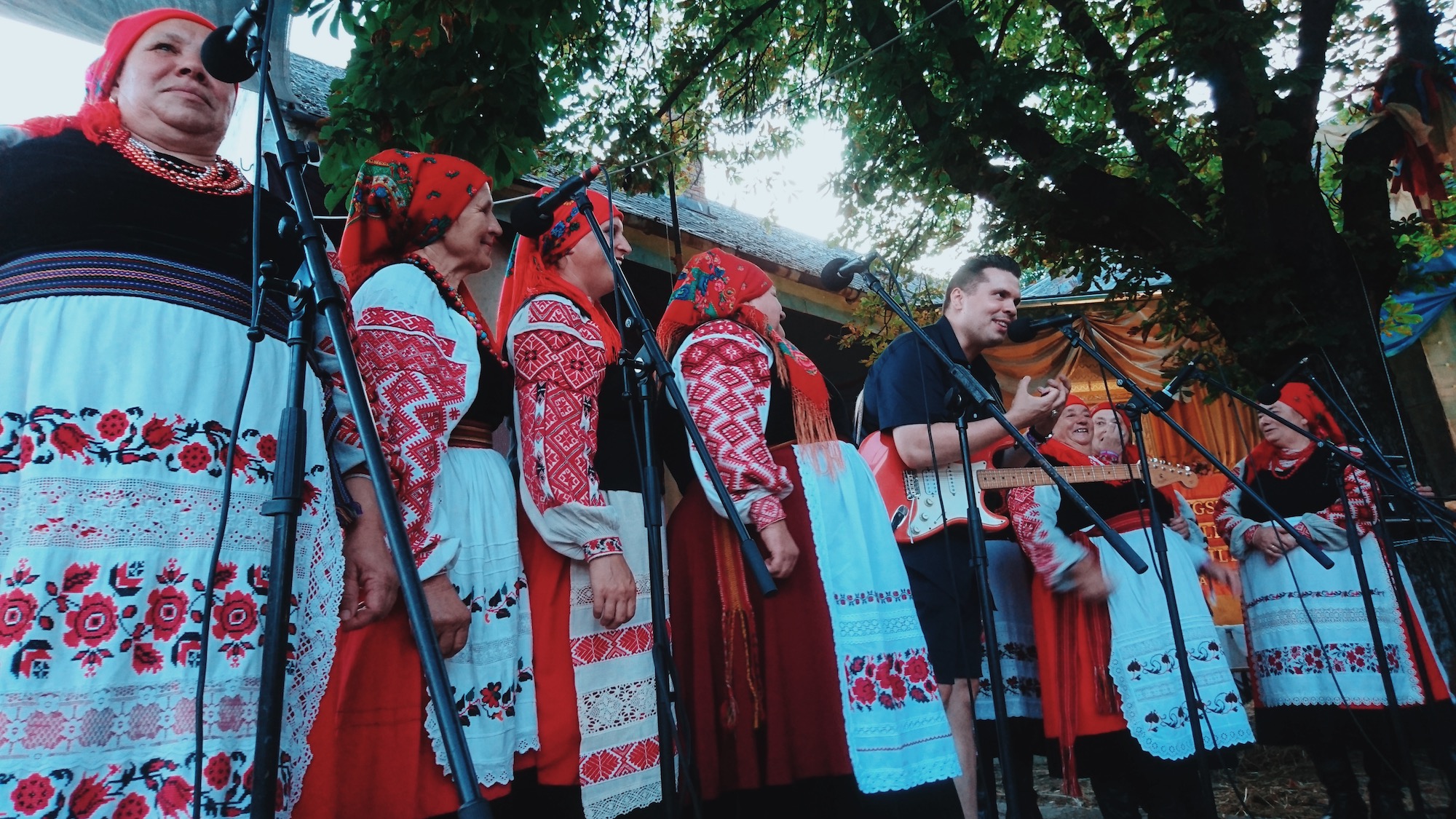 Today Miklos Bot is continuing his Ukrainian affair, preparing a new program. He is planning to present it in Budapest already in December this year.

The charismatic Hungarian with a Ukrainian heart is one of those “warriors of the light” who bring together the Ukrainian and Hungarian nations, two neighboring countries. With his song collecting, Miklos does much more, especially at such misunderstanding periods as today. 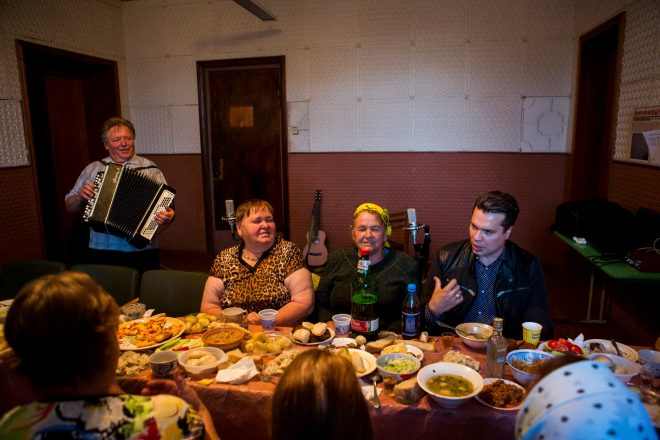 And this shows the power of the cultural diplomacy: when politicians are lost in the boondocks in their debates, they should look at the situations from a different point of view and turn to the primary target and values.

Miklos Bot’s exemplar and the success of hid Ukrainian project is only to witness that there are no serious reasons for Ukraine and Hungary to have quarrels. In any case, there are many more reasons for mutual understanding.