About 650 animals are registered in the Record Log of the shelter for stray pets named “Barbos”. That means over 600 lives saved, living in warm conditions, fed with tasty food and loving guardians.

“Barbos”  is a completely voluntary project, with no steady centralized financing. Its whole team consists of 5-6 girls that regularly look after the animals and dozens of people that get involved from time to time.

So it would be already incorrect to say that it’s only a dogs’ shelter. Although there are about 70 of them living here, cats are no less in number. And recently two horses have found their home here. They lived at a dump site before, called Katia and Angie, a mother and a daughter. And then, there are also two she-goats. 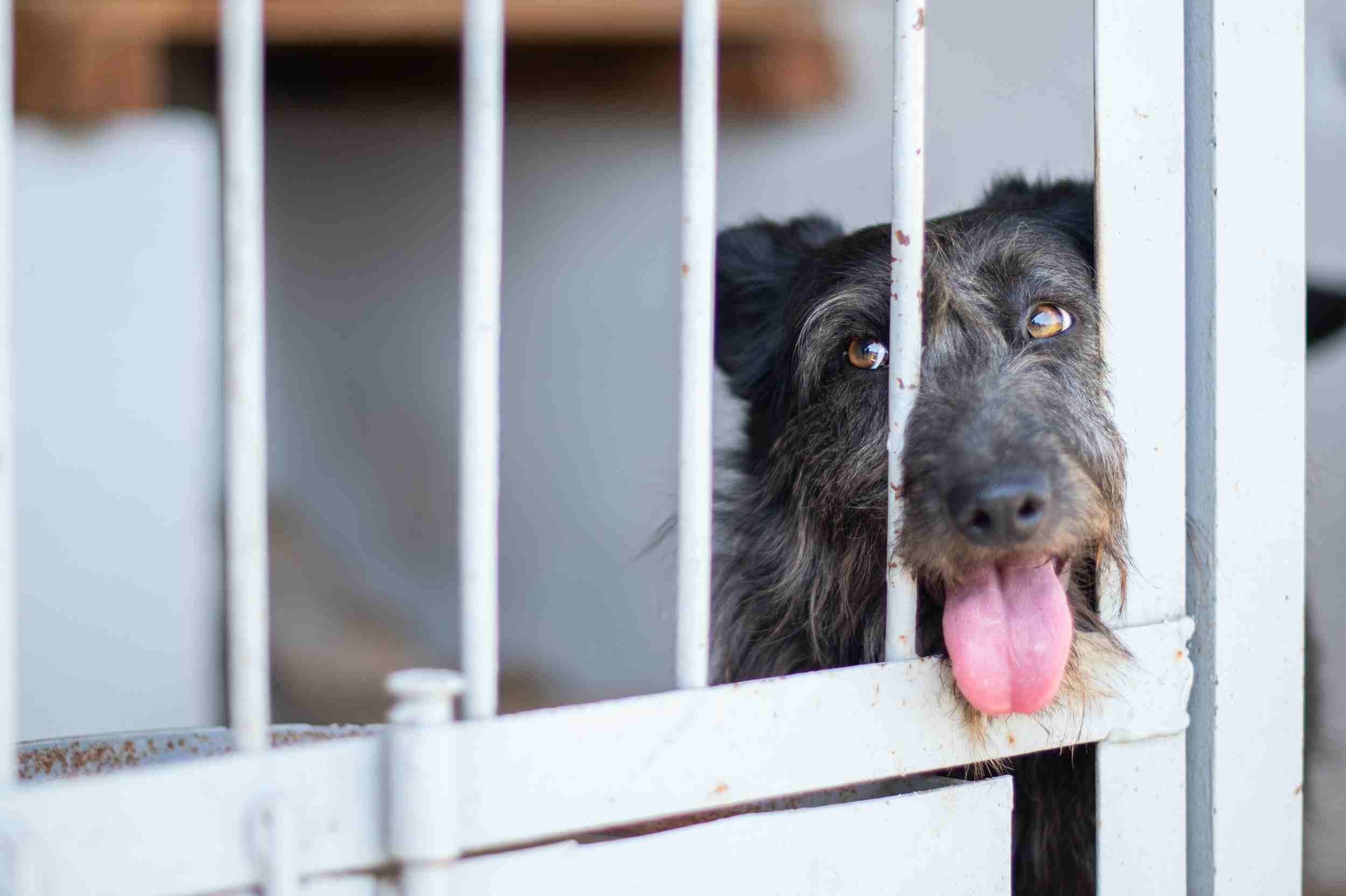 We visited “Barbos” on one of the days when the girls themselves call “a sweeping day”, so we had a chance to meet 4 of the girls engaged with the matters of all those doggies and pussycats.

We talked to Irene, the volunteer whom we owe hundreds of animals’ lives saved. We touched such topics as the shelter’s everyday life, the 911 rescue service, the National Geographic channel and – animals that are going to stay at “Barbos” for all their lives.

Further on, we will include Irene’s direct speech, and photos and videos worth watching.

The Barbos shelter is a temporary home for animals. Currently it has about 70 dogs, 60 cats, 2 horses and 2 she-goats.

We get animals in different states. Most of them are domestic. Classical stray kittens, born of a stray cat – these are very rare – about  1-2% of all cases. All the rest are kittens thrown away to the dump-site. Our people never know how to get a cat sterilized and live in the Medieval times, without realizing one thing: we are responsible for taking care about those we have given home to. 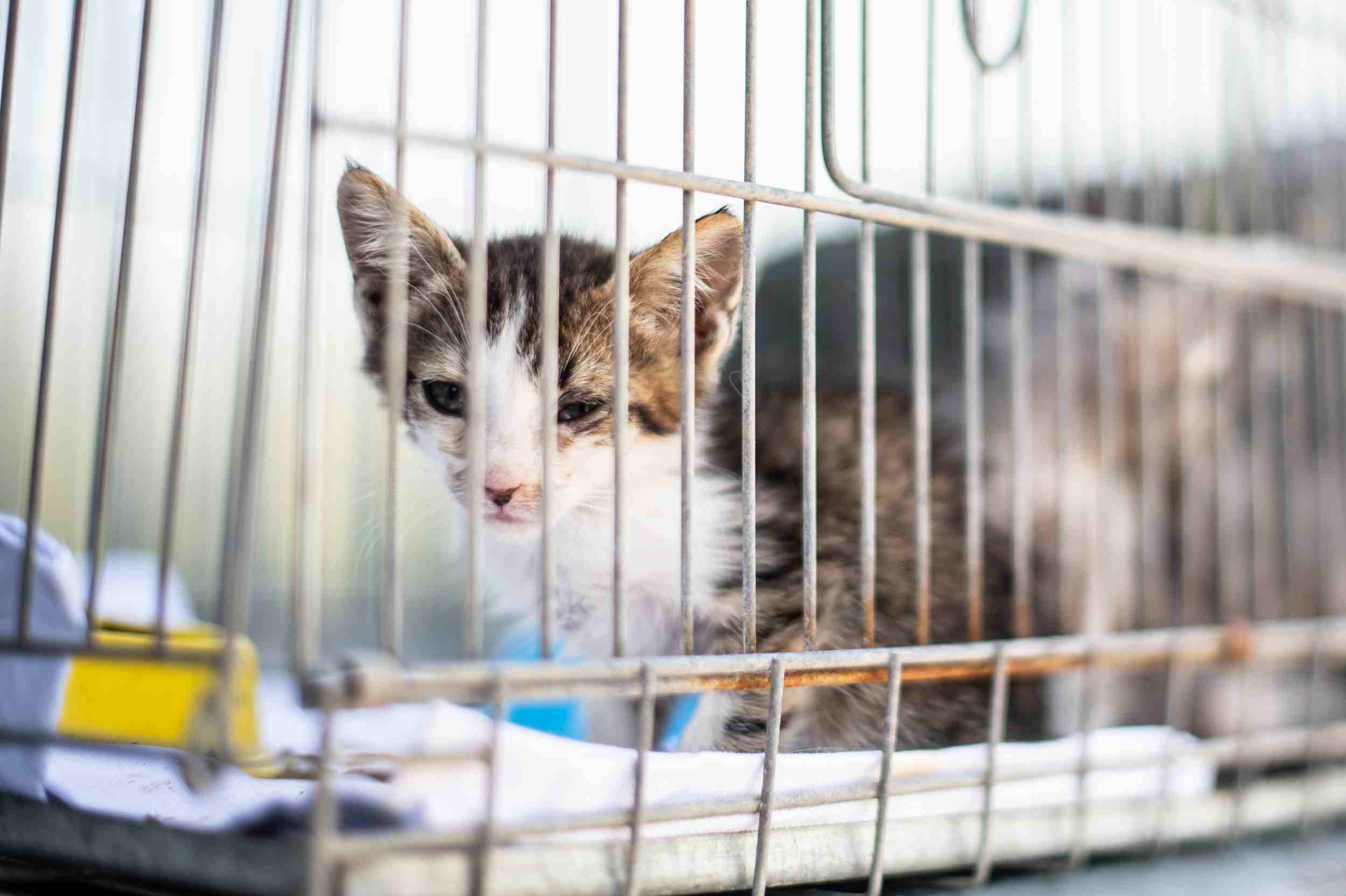 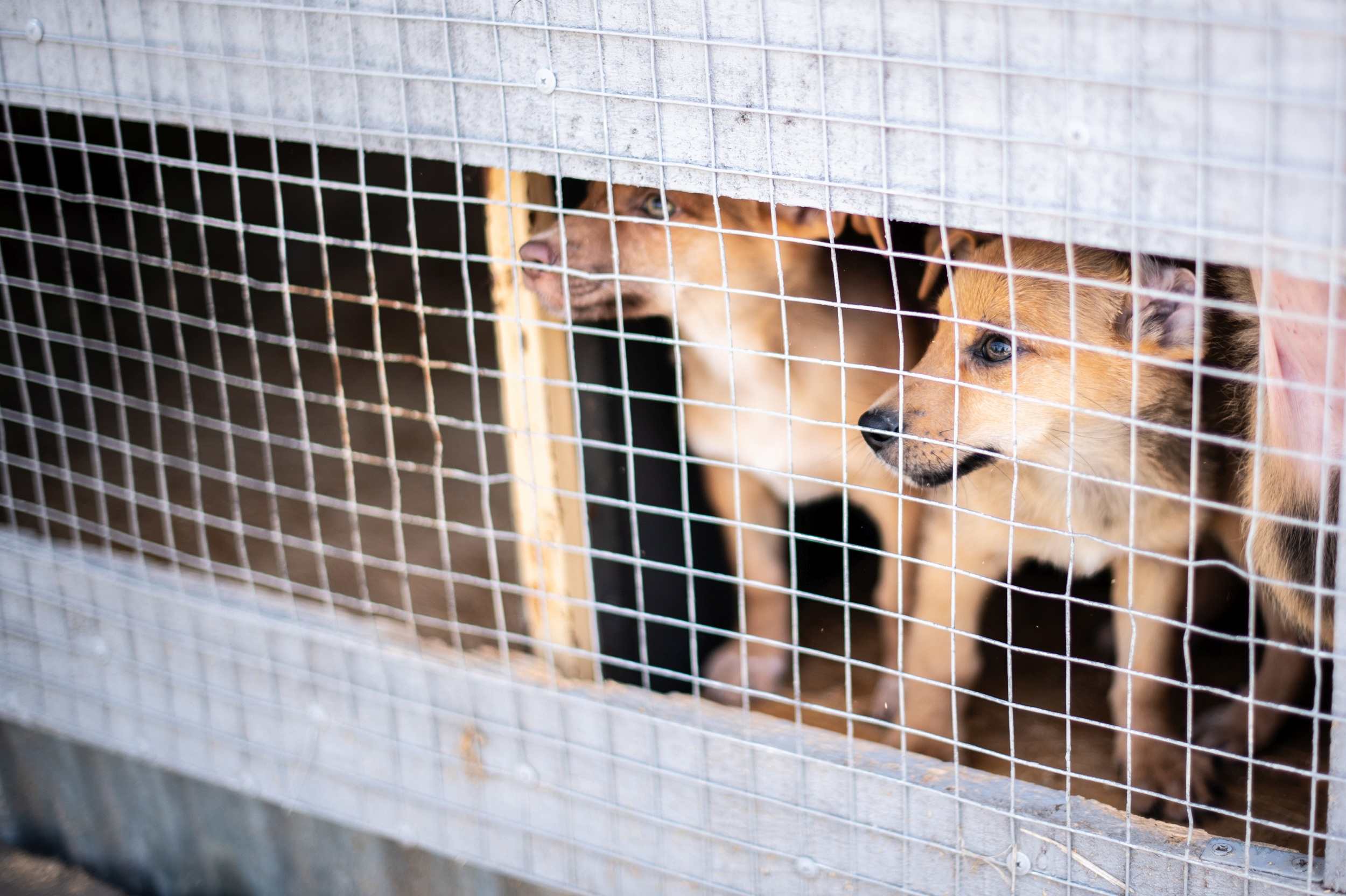 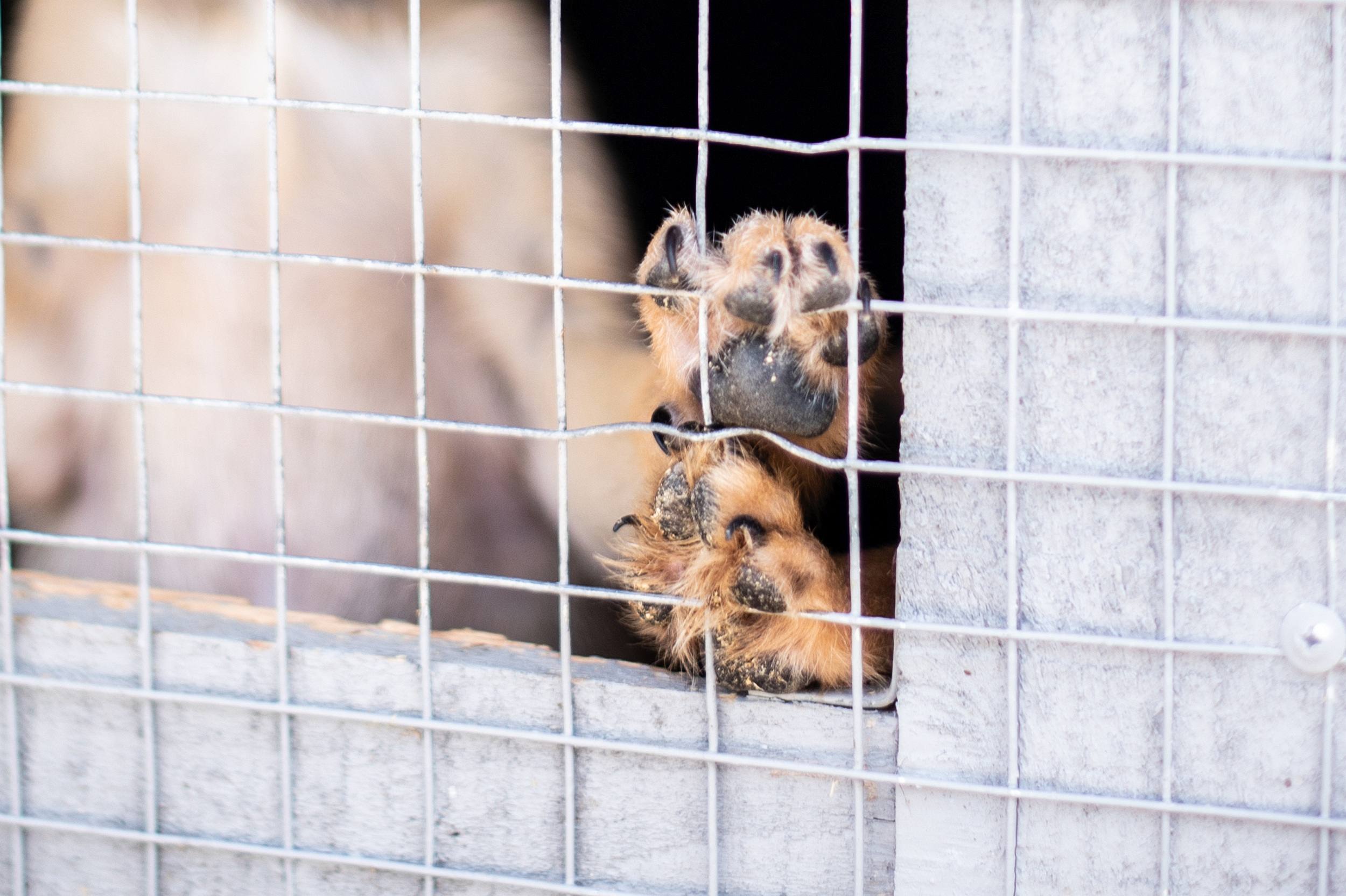 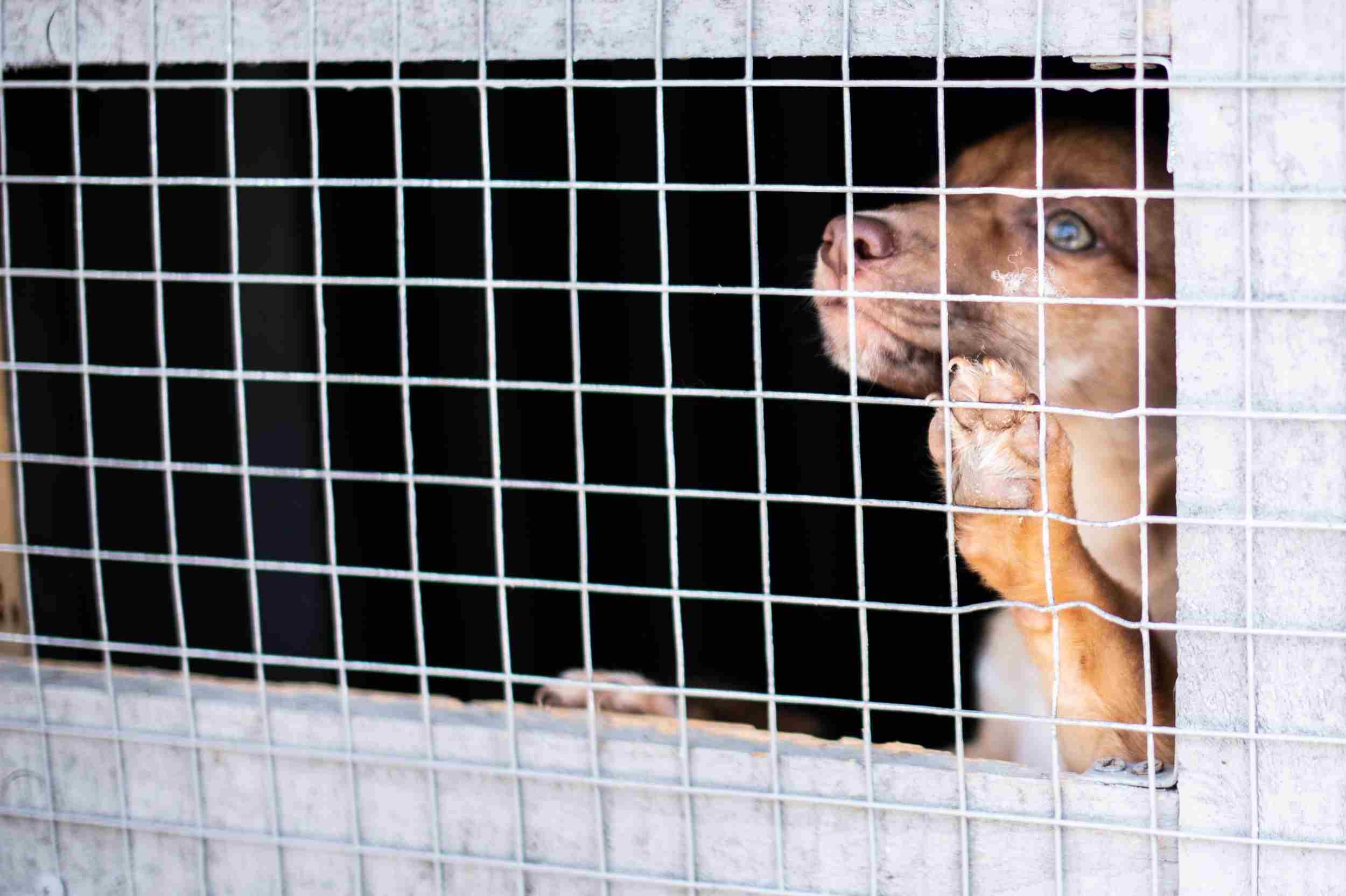 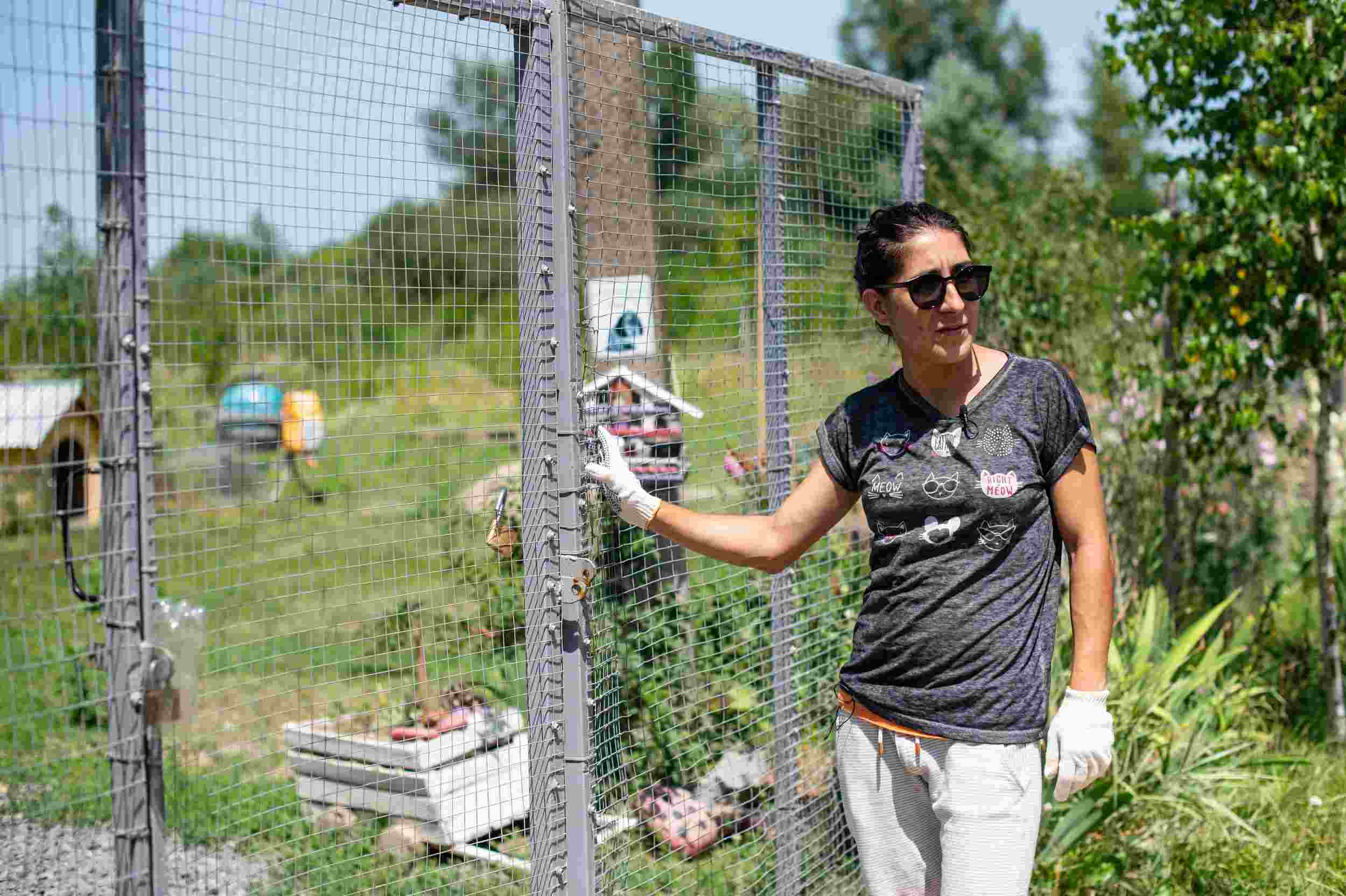 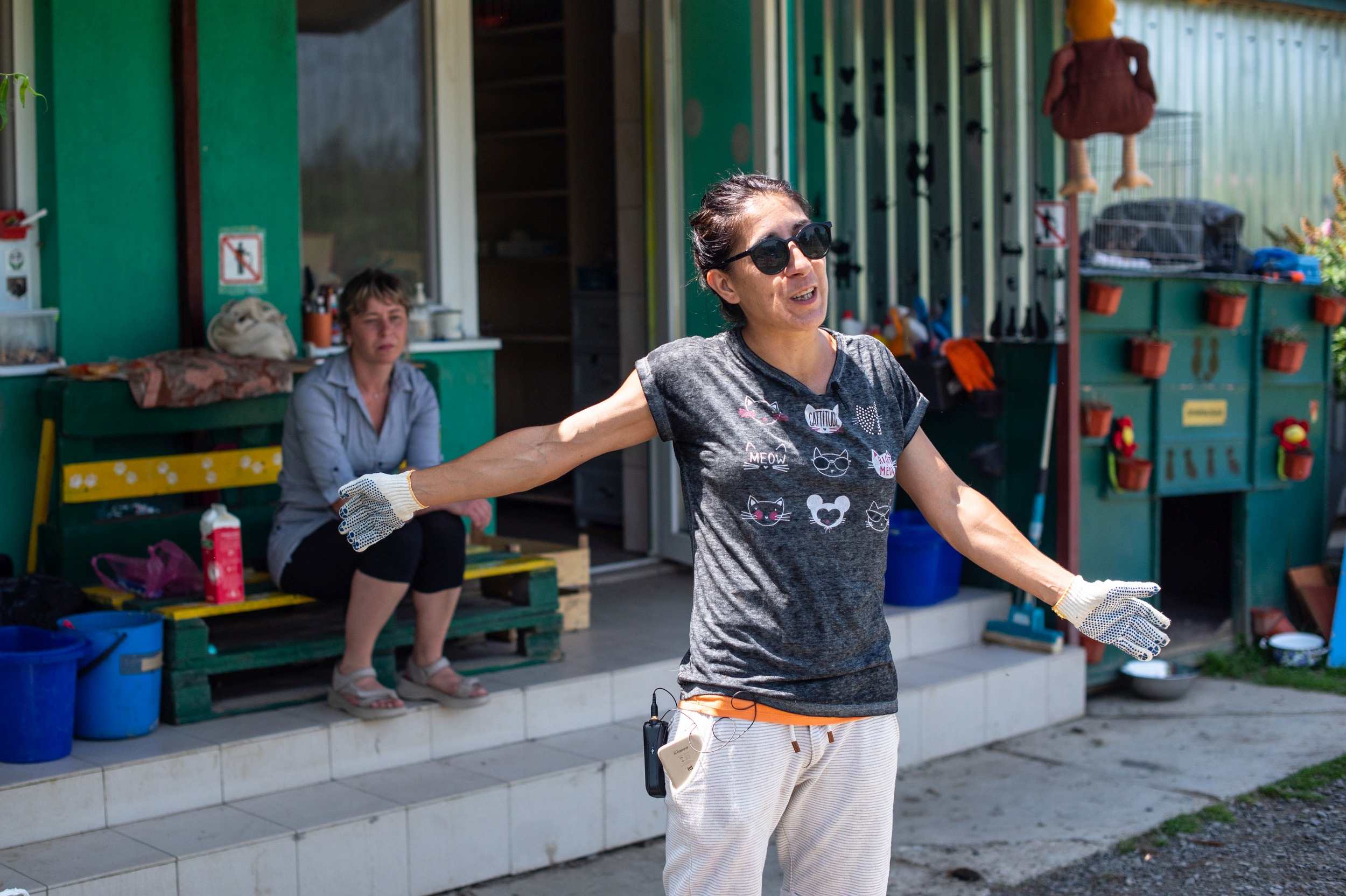 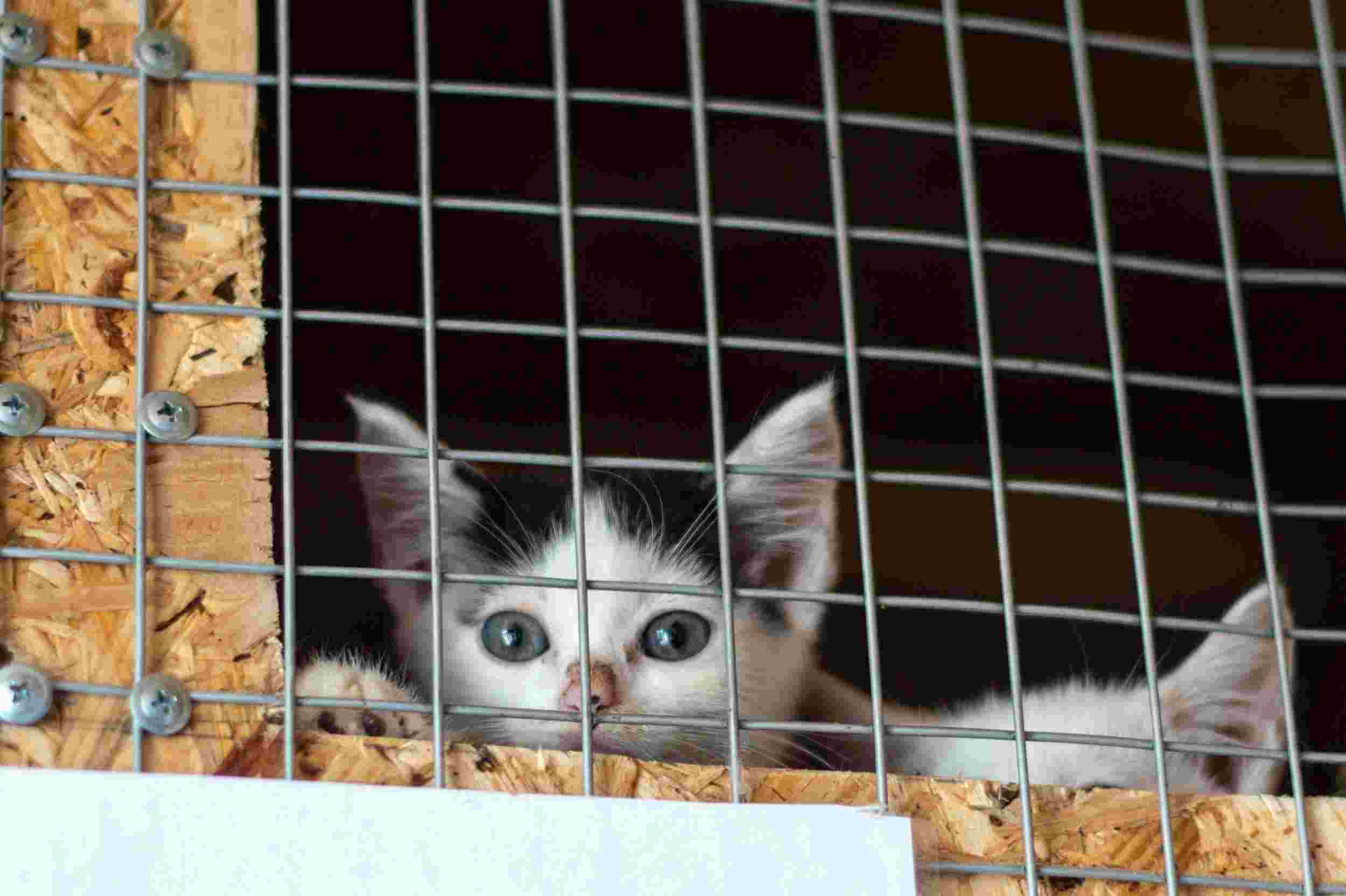 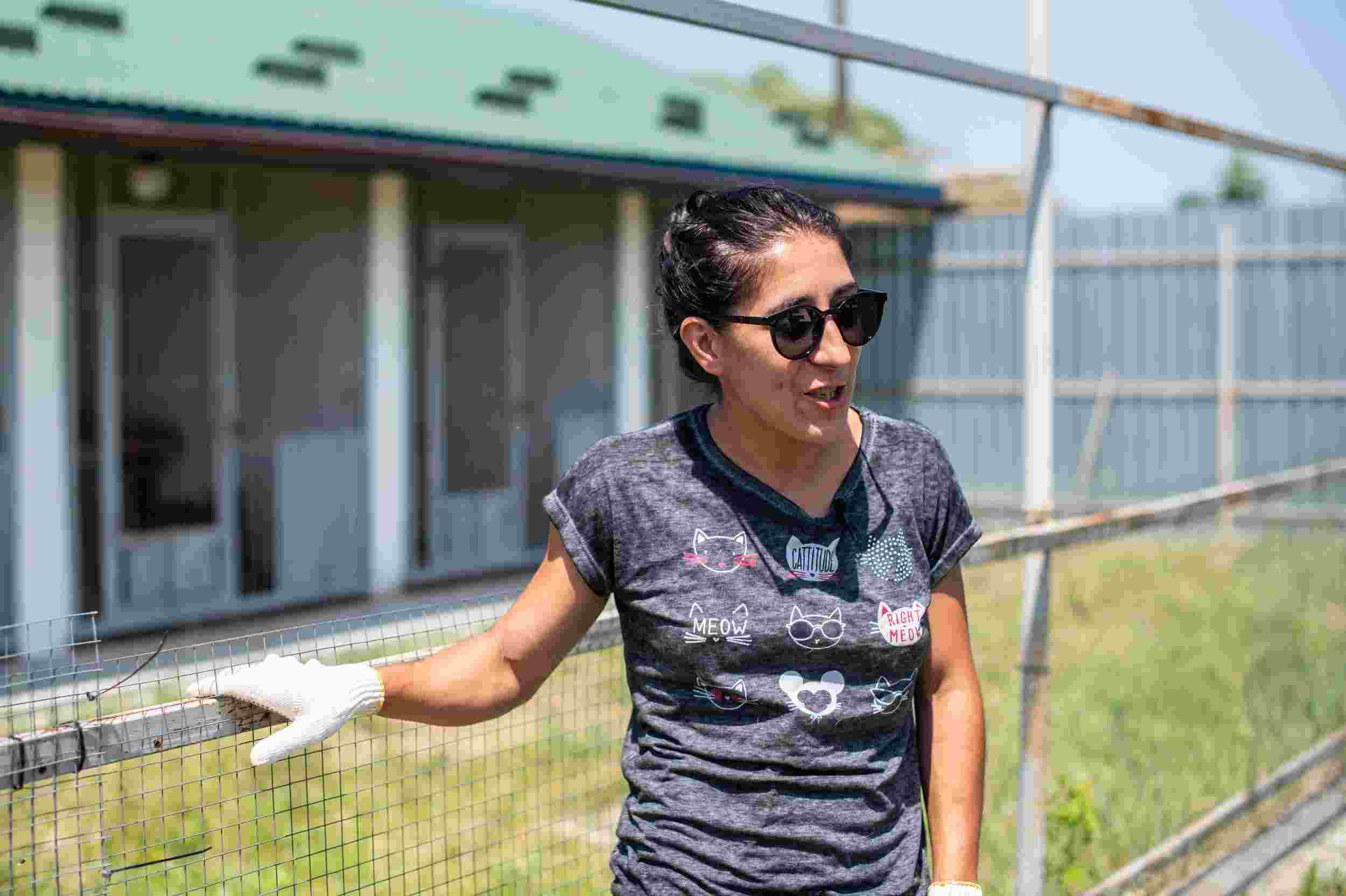 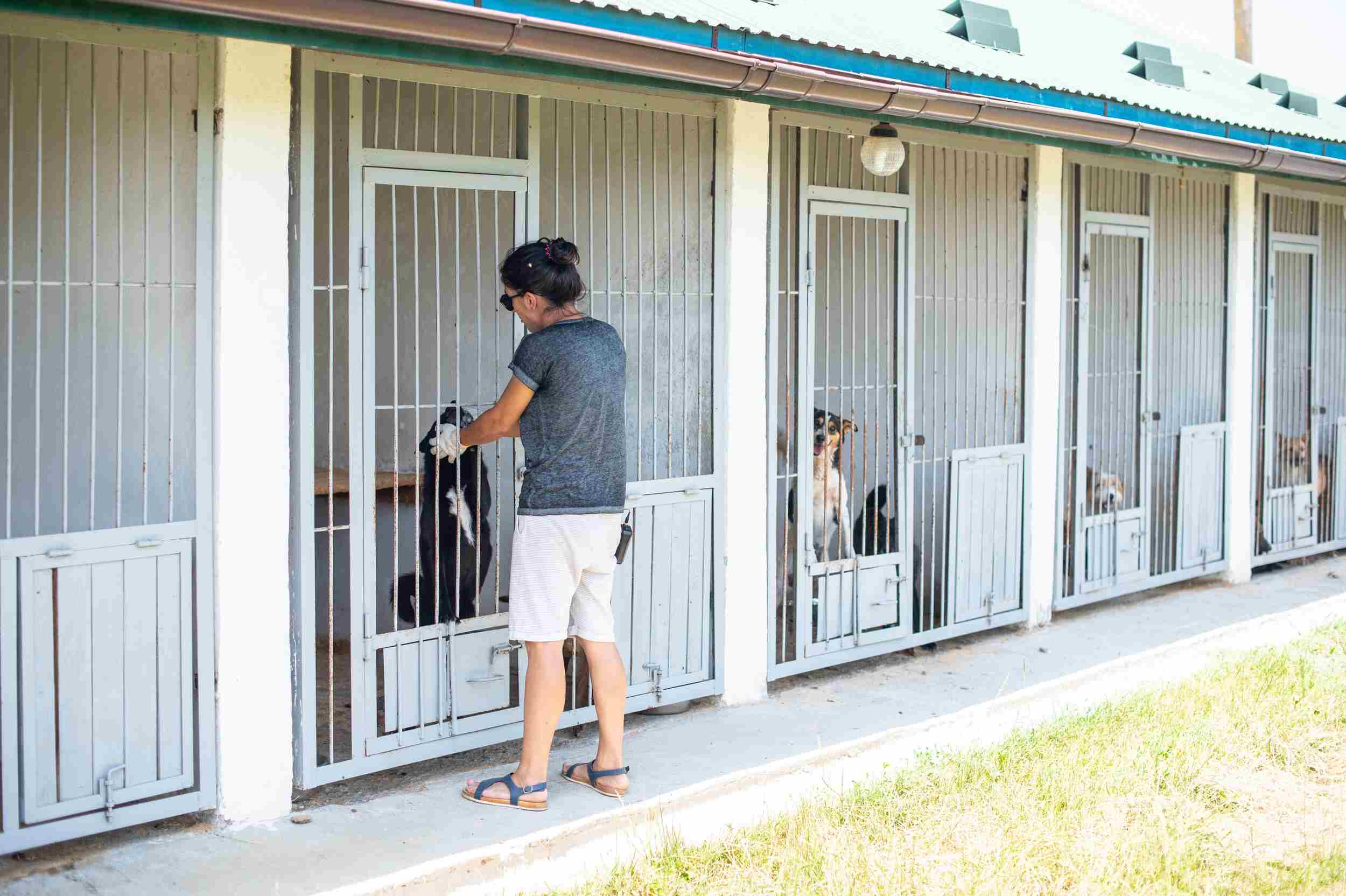 Currently we have 14 dog kennels. Each of them is first kept at quarantine, getting all the mandatory processing, vaccination and sterilization.

Each adult dog living at our shelter has its own character and life story. All of them had a different state and situation. Some were run over, others could not walk, yet others were small puppies.  There are some dogs that grew up in our shelter.

Why did we start to do this? Once we picked up a kitten, and a second one, and a third one. At a certain moment we realized we could not take home all stray kittens. So we began to search for soul mates. Fortunately, we found quite a few.

There are lots of dogs that we won’t give away. These are dogs not able to join a family. An animal living in the shelter for over 2-3 years already thinks it is its home. For instance, a dog named Chucha. We found it a good family, nice living conditions, all that. But already on the first night it broke out the kennel and the garage gate and escaped. From the village of Baranyntsi it walked 3 days to Uzhhorod. We found it in Petofi Square, as people that saw us looking for the dog, phoned us. Chucha is a hard-nosed dog, it never let anybody approach; but as soon as we arrived, she expressed what is called uncontainable happiness. There are not many such dogs in our shelter, but 6-7 will definitely stay with us for all of their lives.

By the way, it is Chucha that has been with us longest of all. We launched our shelter in October, 2015, while she found her way by November. We took her from the Embankment, with 7 puppies. She bore them right on the ground, and it was already cold outside. We spent quite a time to persuade her to follow us, for she was baying at people not bad at all. Even now she is not the kindest dog. Does not like males, may bite them. 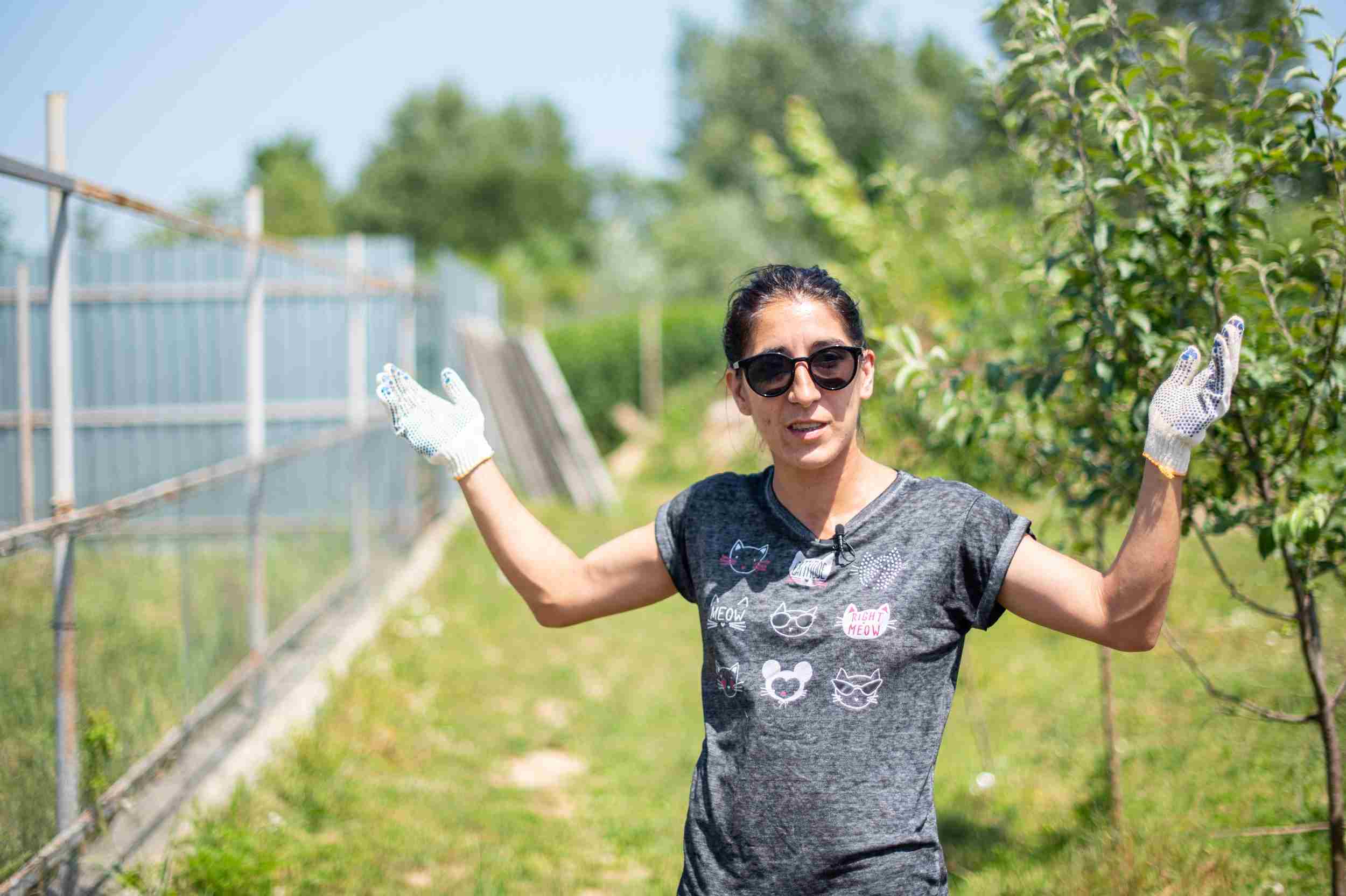 Some dogs need socialization, some have special needs. We do understand: not everybody is willing to accept a three-pawed dog or one with a wheelie.

We won’t give away dogs before we have them vaccinated. People never have a responsible attitude to this. Previously we used to give away animals, warning that only one vaccination had been done and it would be necessary to do another one later. And then they would come in a month, saying the dog is ill. While when they were taking the dog, it was like “Yeah, surely, we’ll do that!” And as soon as they arrive home, their thoughts are evident: “Whatever may happen to it? It’s just a common mongrel”

For all that, there are hundreds of happy stories. Our Record Log enumerates up to 600-650 in the “Dogs” section, and there is also the “Cats” section. Hundreds of animals have found their homes by now.

To take a dog is like to adopt a child. Unfortunately, not all are able to understand it. Many folks just come and go. We have certain requirements to follow before we give away our animals. Many see this as an obstacle. Many come asking a watchdog, to be kept at a chain. This is something I can’t understand at all. And when such people are wondering why we won’t give away to them, I get frustrated with an answer. Of course, I try to explain to such people that nobody ever, in the whole civilized world, except for Russia and Ukraine, will keep a dog on a chain. Even in the neighboring Hungary, however far it is from the USA, it is punished with a fine. And here you have our people asking “Is there any other way to keep a dog?” 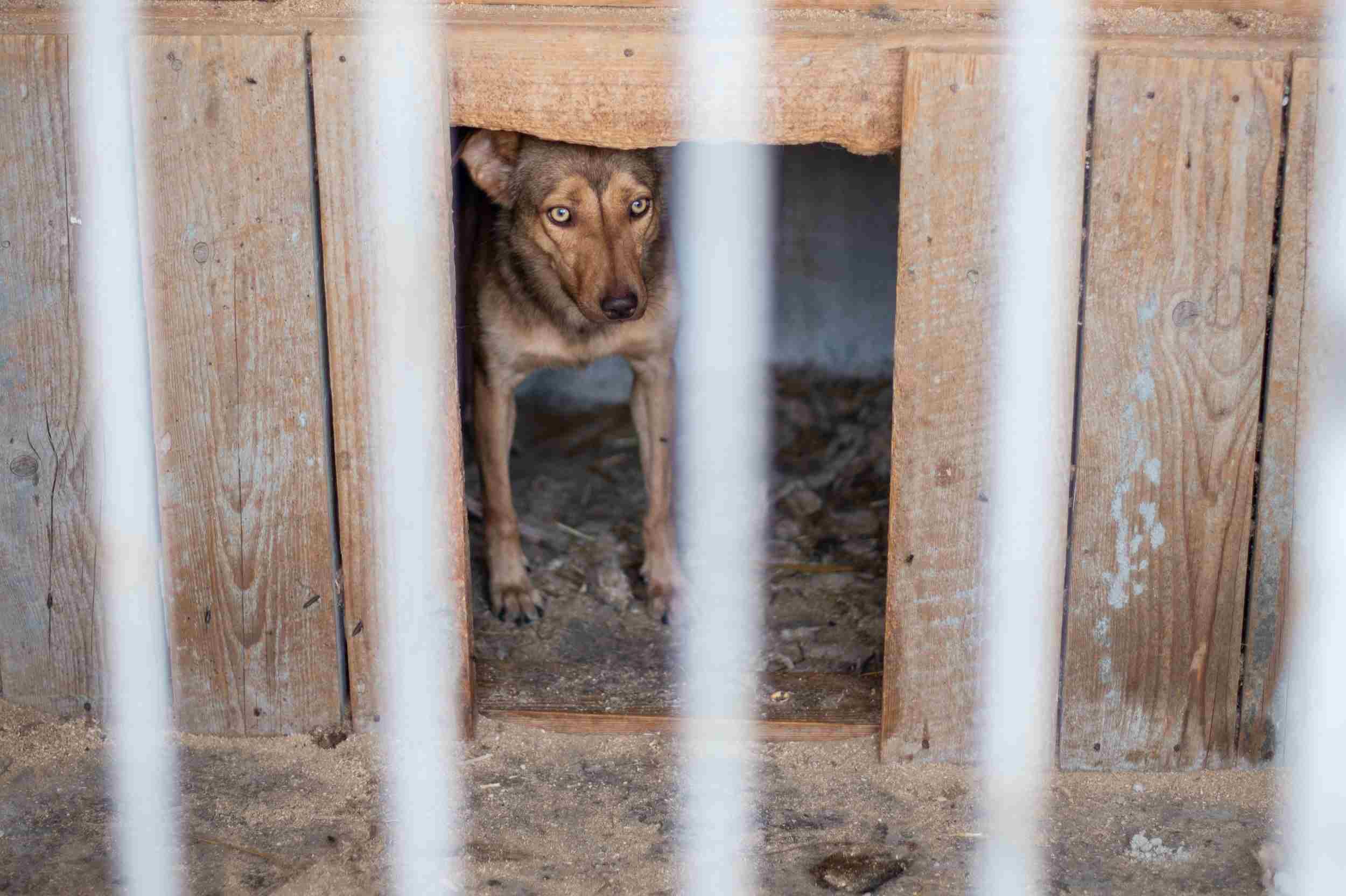 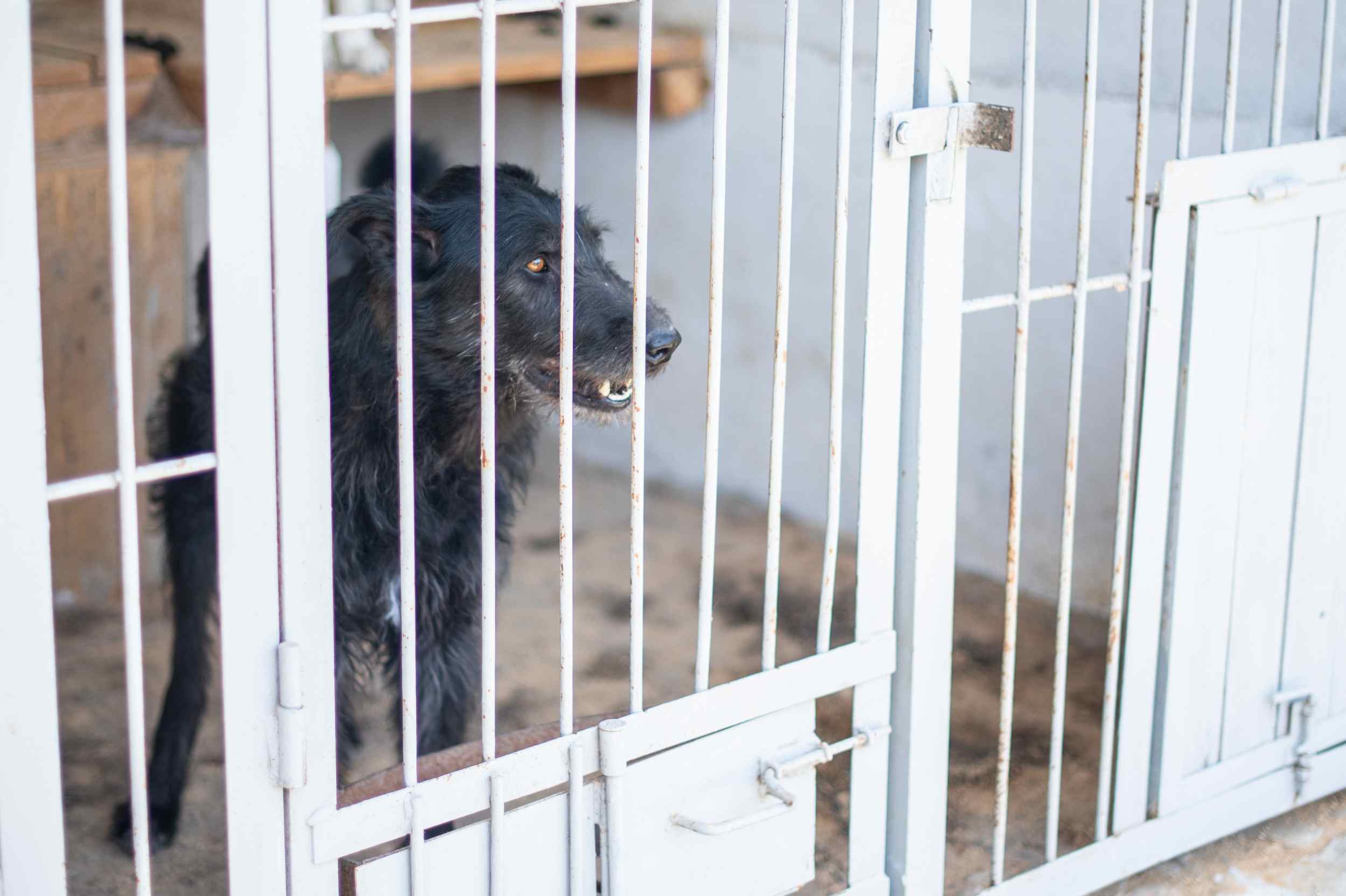 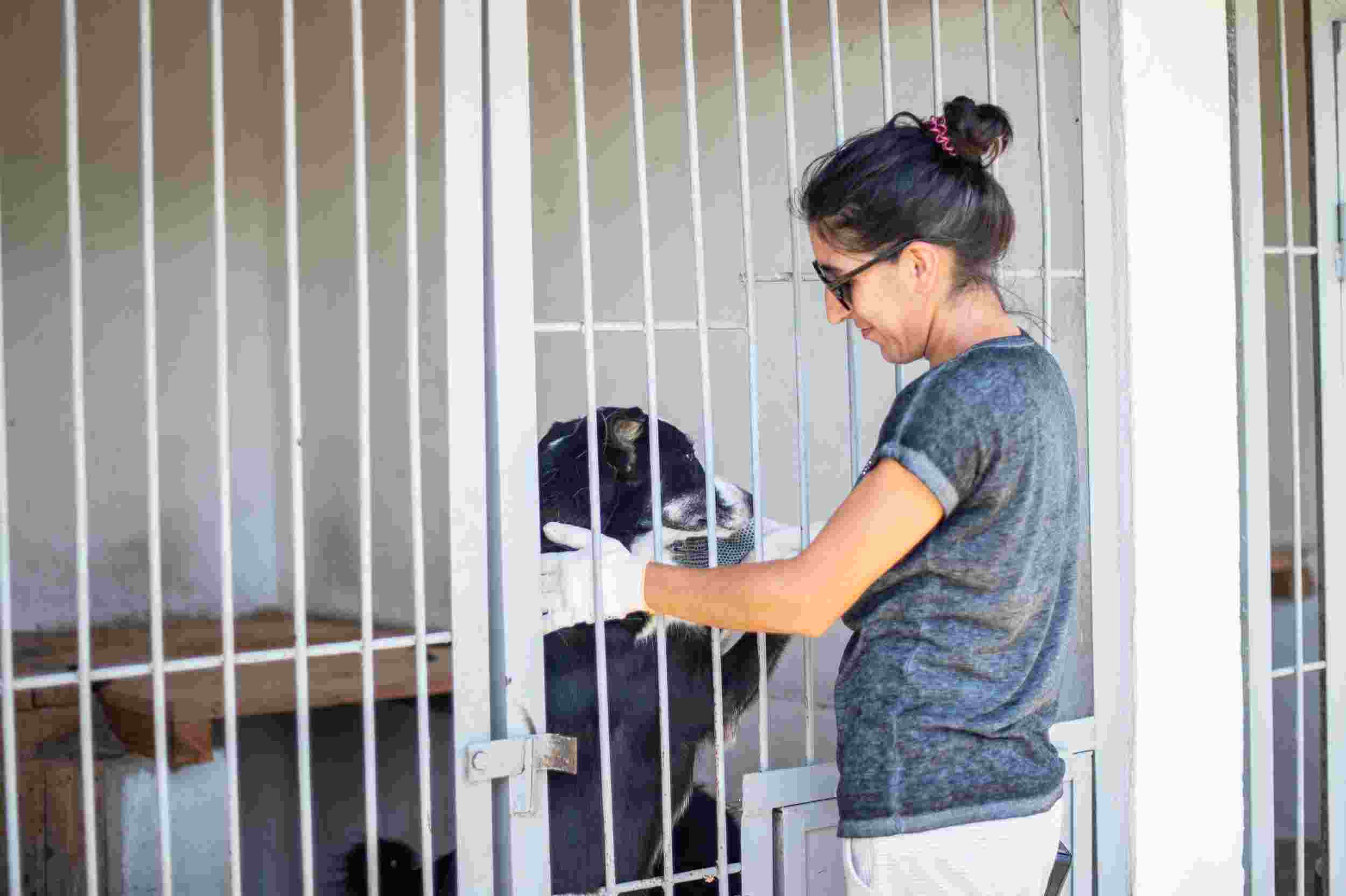 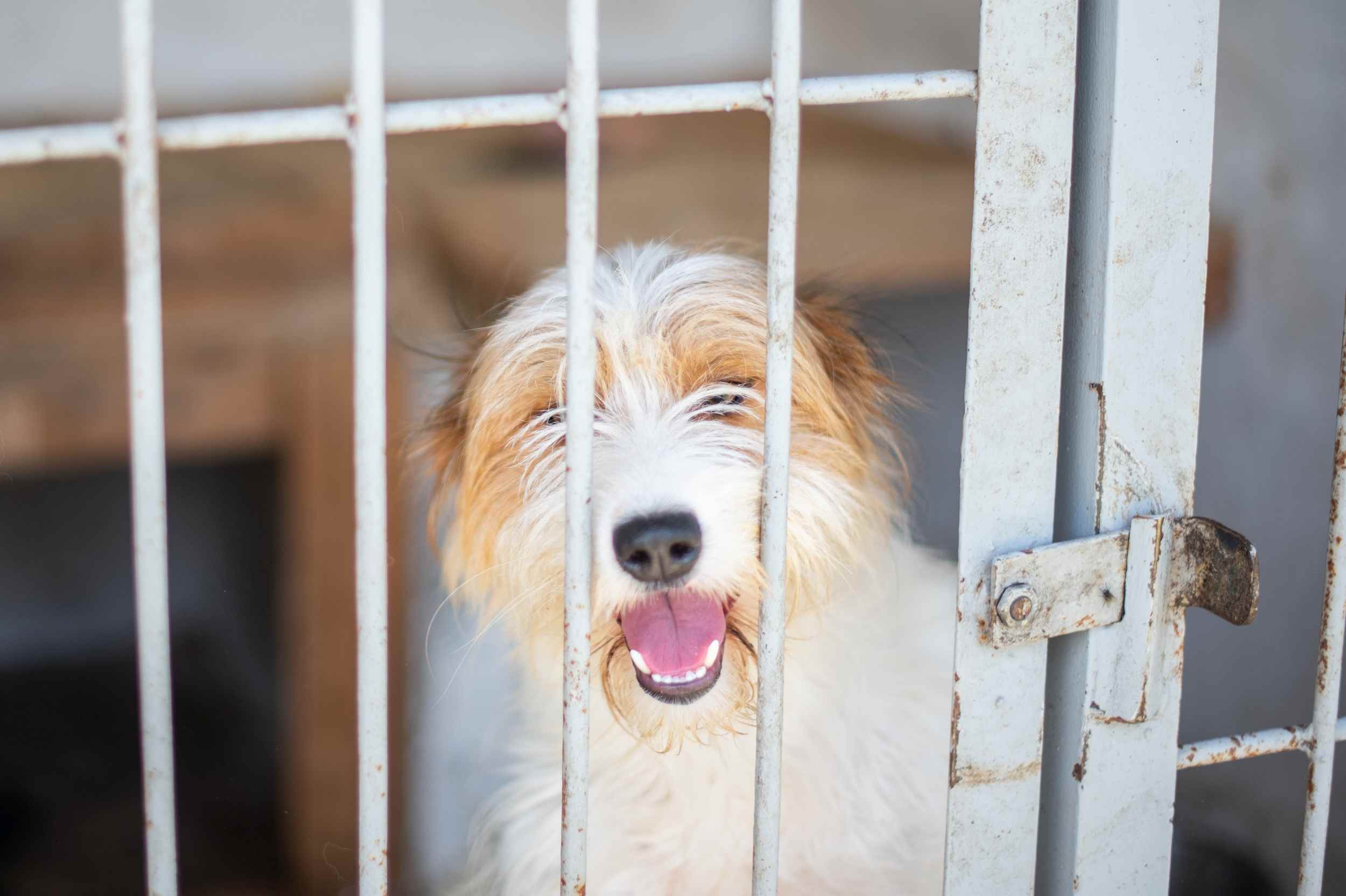 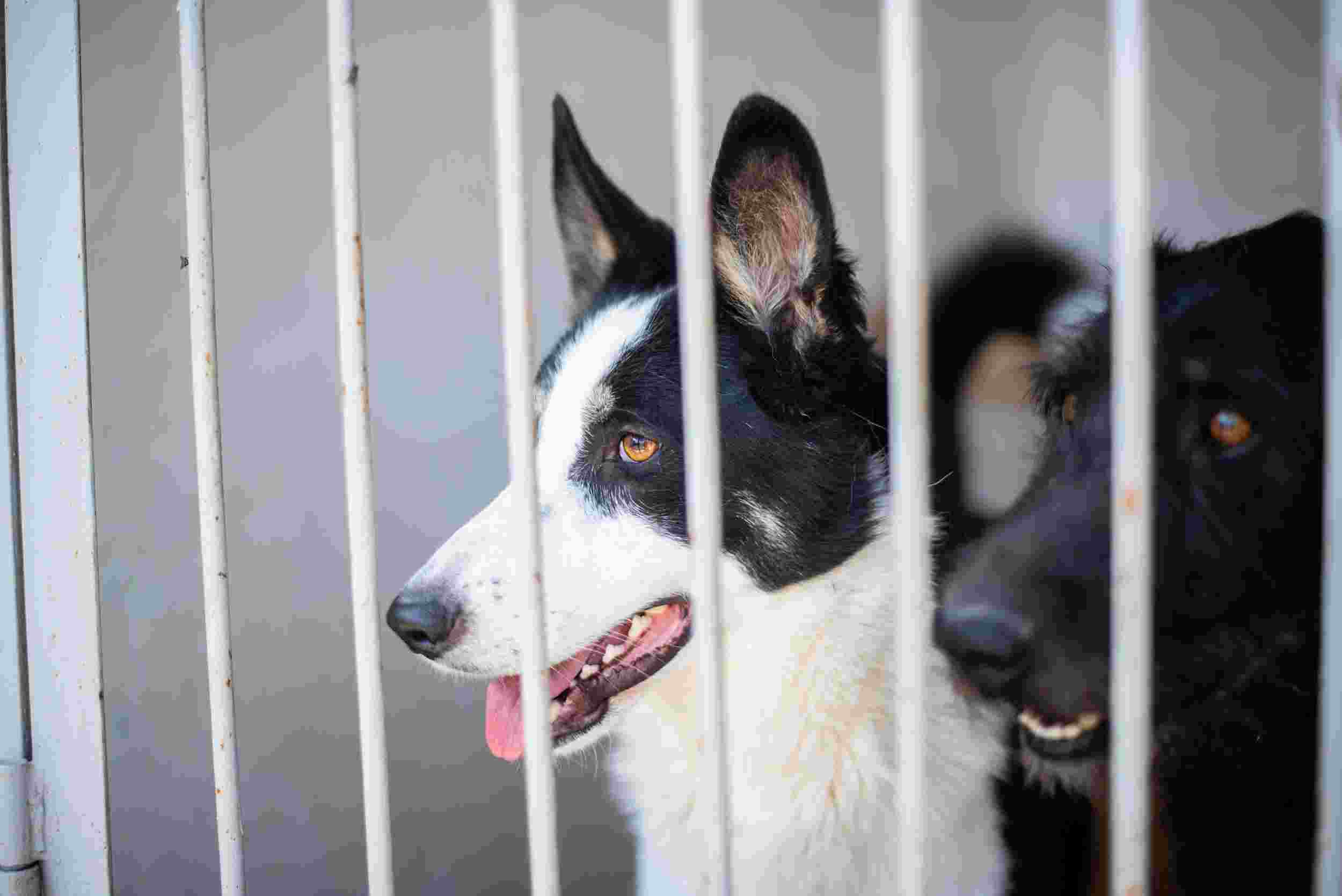 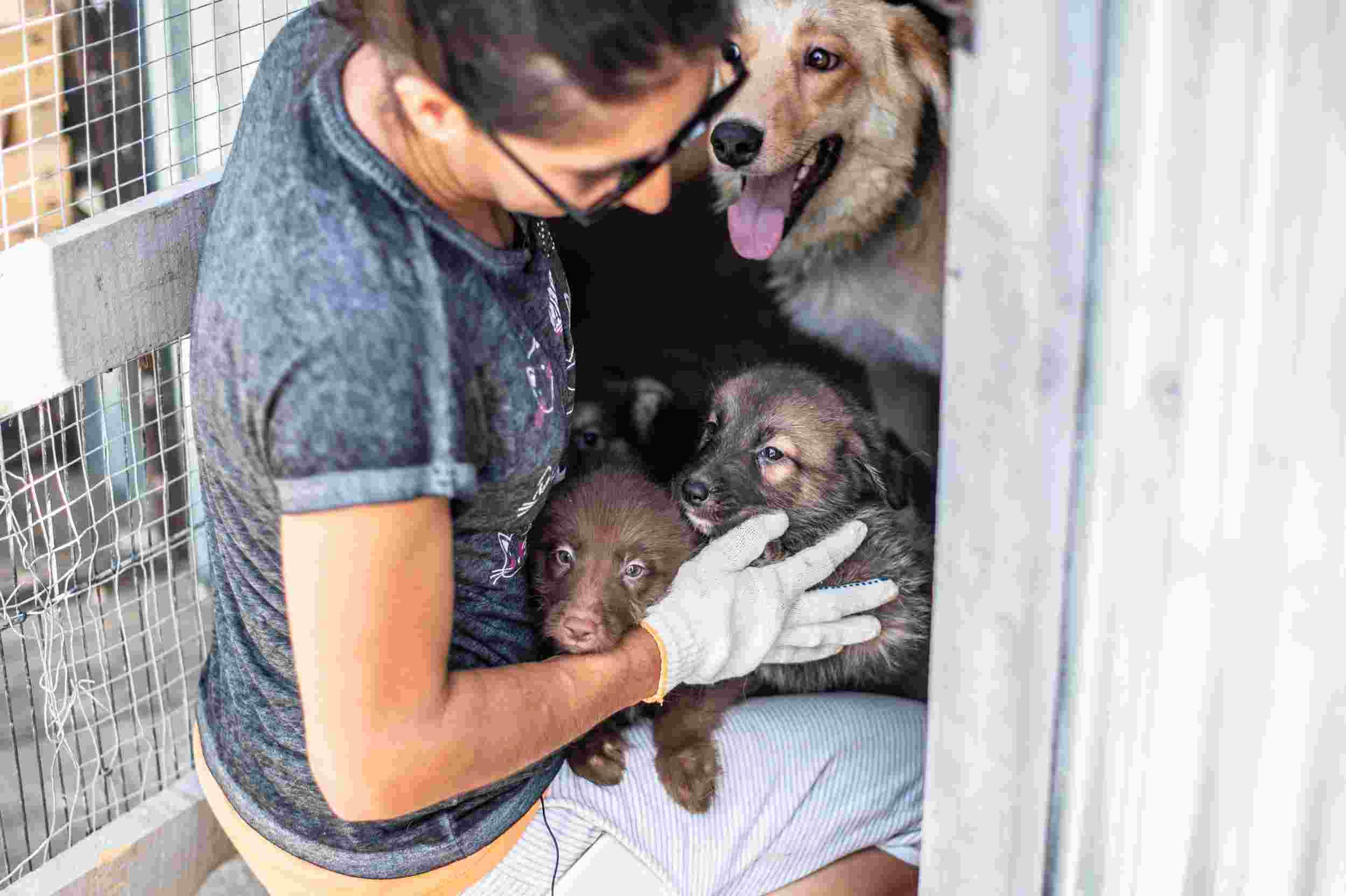 Keeping a dog on a chain is not normal for its living. Firstly, for its health that means muscular dystrophy, problems with bones. Secondly, how is the dog supposed to guard the owner’s yard once it is chained? The common answer is: why, it barks. But that’s nonsense, admit it.

So, in order a person could take an animal from the shelter, he has to sign an Agreement stipulating that is over 21-year-old age. We put questions like where and what conditions the person lives; whether people around are in the know that a puppy will be brought to the residence.

And we don’t give away dogs as presents. An animal is not a gift. Many feel offended, and then I recommend them buying a teddy bear. A man must choose an animal himself. It’s not just a statuette that you can simply put to another bookcase each time it becomes boring for you.

Unfortunately, one always learns through errors. Once we used to give away animals at fairs, at the market. Then only we realized that was a bad idea: we used to find them soon after in the street. Sometimes even in half an hour after they were taken. 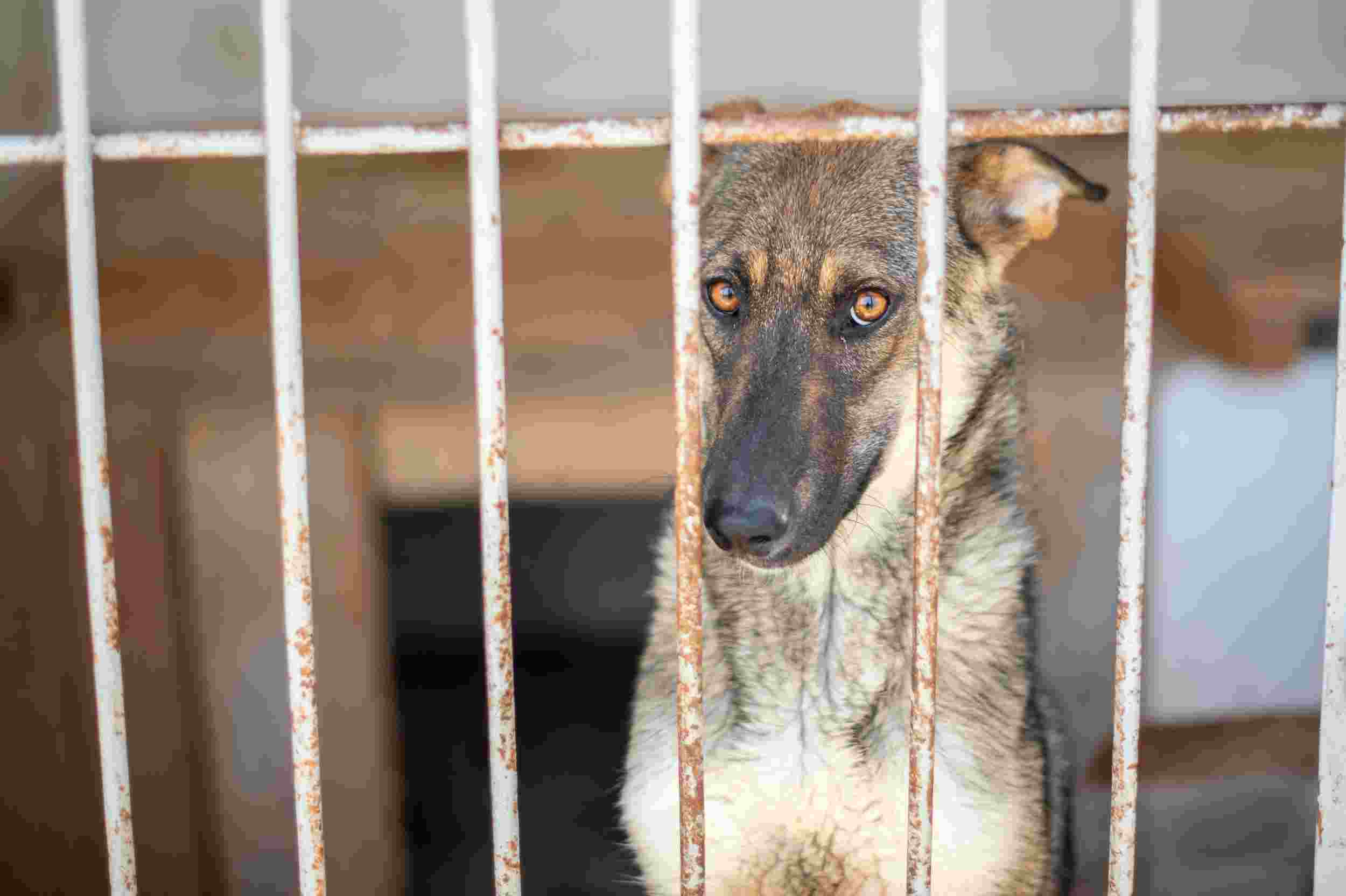 It seems to me that every human must understand that he brings a certain message into this world, and not to somebody else but to himself and his relatives. And if he thinks it’s quite OK – the things that happen sometimes here…well I pity such people. They have no heart and no soul. I can’t believe it: a man comprehending that this world is made up of balance between everything may just go and throw away kittens to a dump-site, putting them tied up in a plastic bag. And this very person owns a cat, pets it and says: “My dear pussycat, here is some Whiskas for you” That’s nonsense.

Barbos is entirely a volunteering project. It exists thanks to people only. Each has a role. Somebody is a volunteer like me, coming to the shelter and looks after the animals. People often think there’s a whole hundred of us but that’s not true. Generally, some 5-6 people are involved right in the site. We come mostly one by one. It’s only at some great clearing occasions that there may be 2-3 of us. But there are lots of other people helping in different ways. Somebody delivers the Kindness lessons; someone else teaches English and donates part of the earned money to us. Some others produce handmade products or bakery for fairs. Some other guy brings pet food and our veterinarian sacrifices his time and does all the procedures for our animals at lower prices. Each kind of support is important. All these are puzzle pieces that need compiling into a single picture and coordinating. That’s the way it’s going to be perfect.

There are supporters that bring a pack of pet food once a week, others donate 2 kilos and yet others – just 3 packages. Someone comes to a pet shop saying “I would like to buy something for Barbos” All the shops in the city know what we need (Editorial – please find a list of required food and things and the donation card No by the link. Then we will get a call informing we need to pick up, for instance, a pack of dogs’ food and a pack of cats’ food. 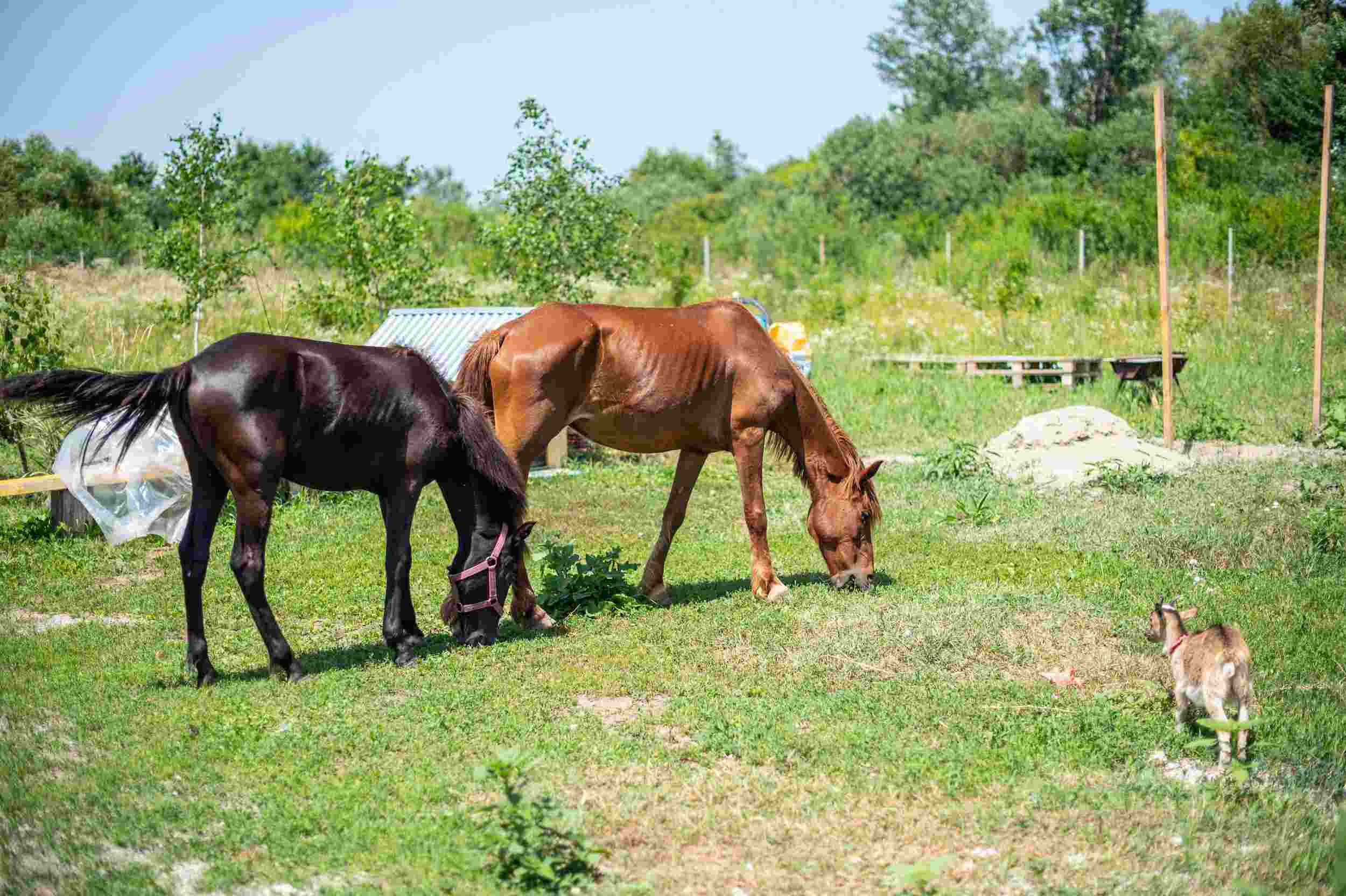 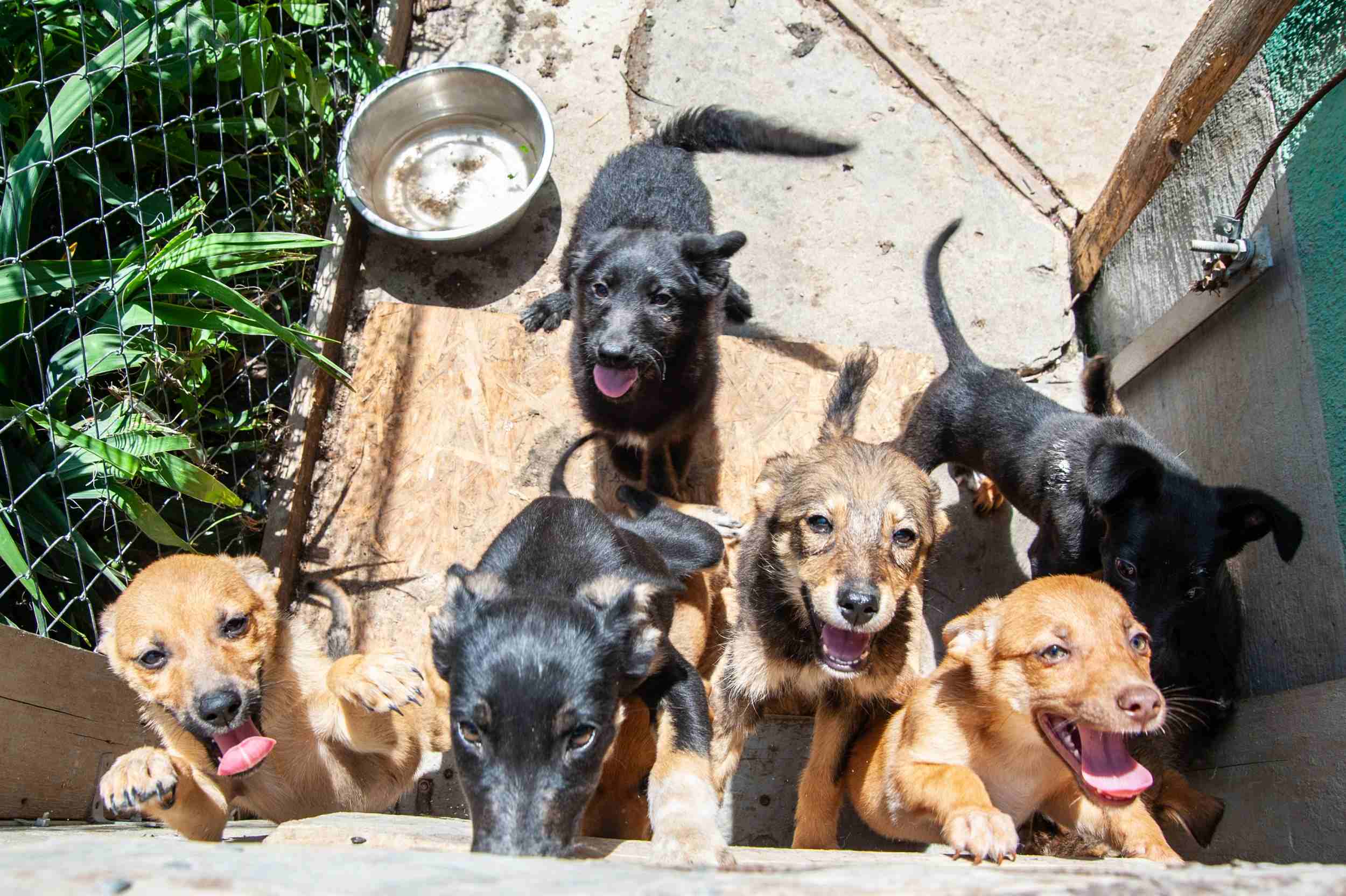 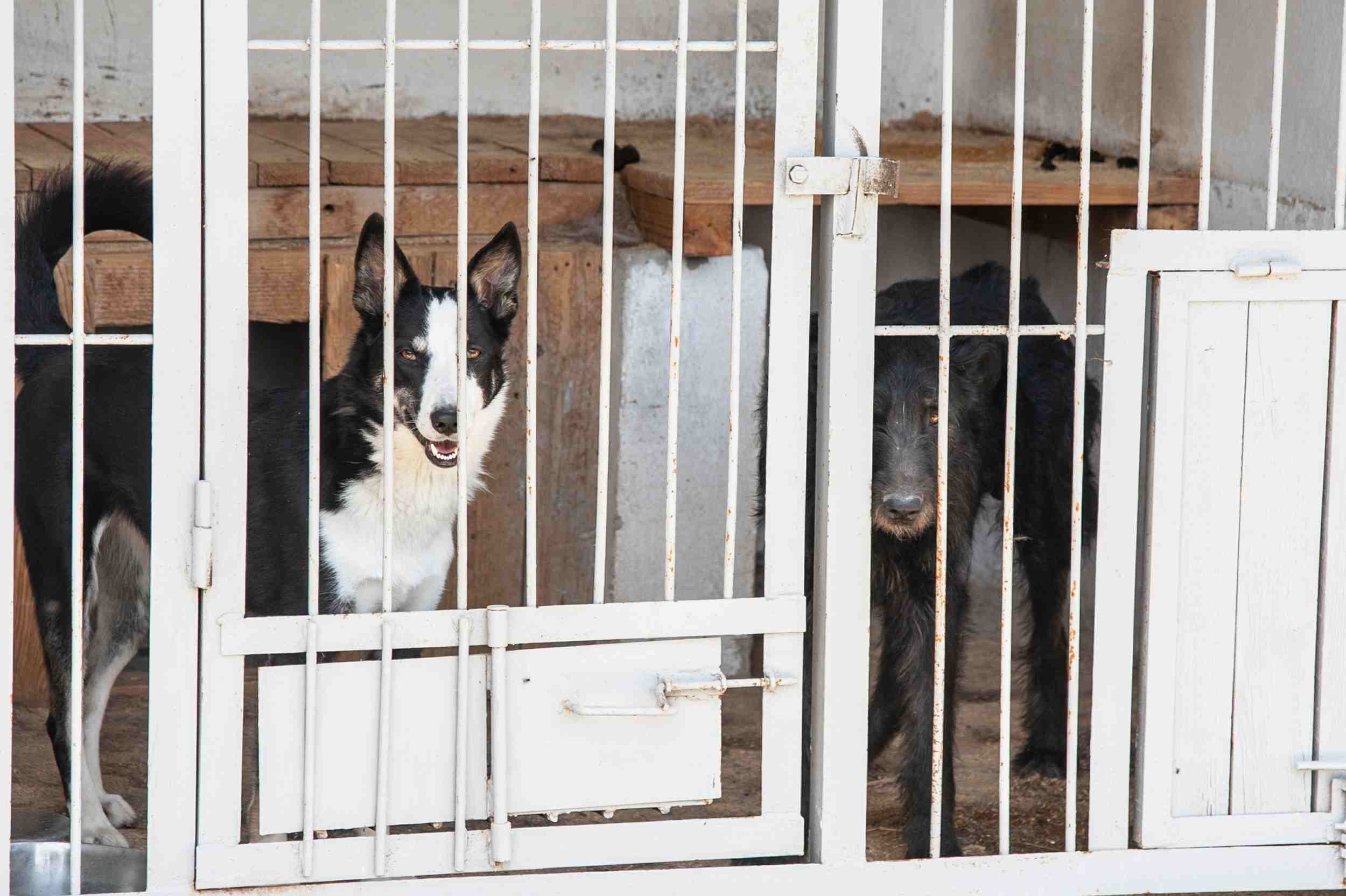 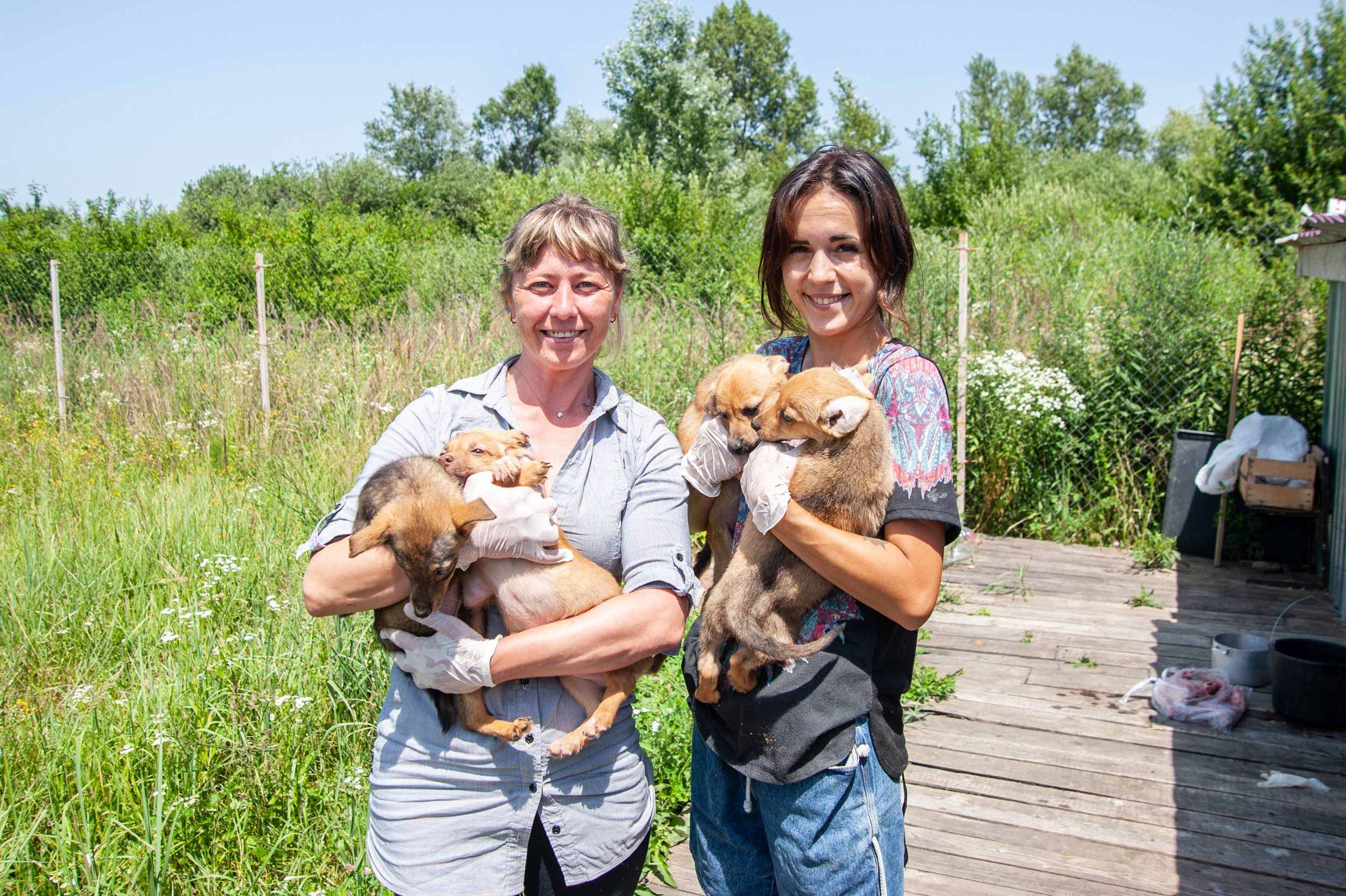 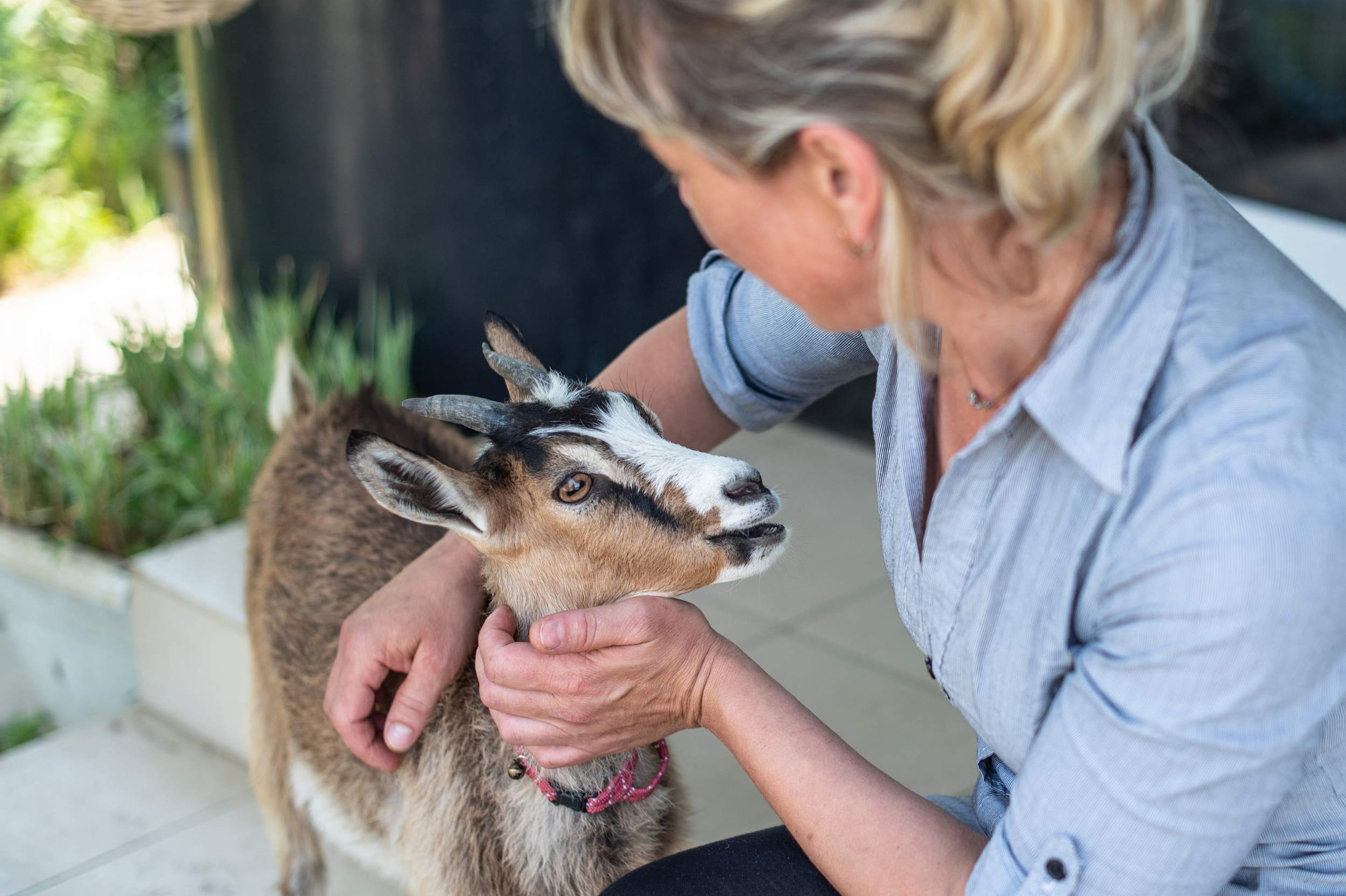 It’s a mistake to think that the shelter is our main job. We are all usual people, having jobs, families, personal life. Sometimes I get a call at 7 PM, and they ask me to come and take an animal. And I just answer them: “Please keep the animal until tomorrow. I have just come back from the shelter and simply want to wash and have a meal” And then I encounter with a total communication failure, they start inventing all sorts of options, like “We will pick you up, we will come for you” and so on. But, I beg your pardon, when you have been busy the whole day clearing muck, the only thing you want in the evening is just take a shower and have a 5-minute relax.

There are some people watching too much TV-stuff like Animal Planet and National Geographic and imagining that we have here a 911 rescue service for animals just the same. Driving around with car blinkers, all dressed up in uniform and rescuing raccoons and crocodiles, aha. Calling me in the evening, I say, call me back in the morning. OK, in the morning I get a snooty call: “Don’t know, Miss, who was on duty yesterday in your office…” Right you are, that was me, and that’s my personal phone number…

“Alright, I have informed you, now it’s your job to do something about it!” And it’s my personal problem, what to do about that. But OK, let’s not get angry about it, sometimes that also helps. Each call like that –and we are sure to come around and rescue an animal’s life. So you never know… 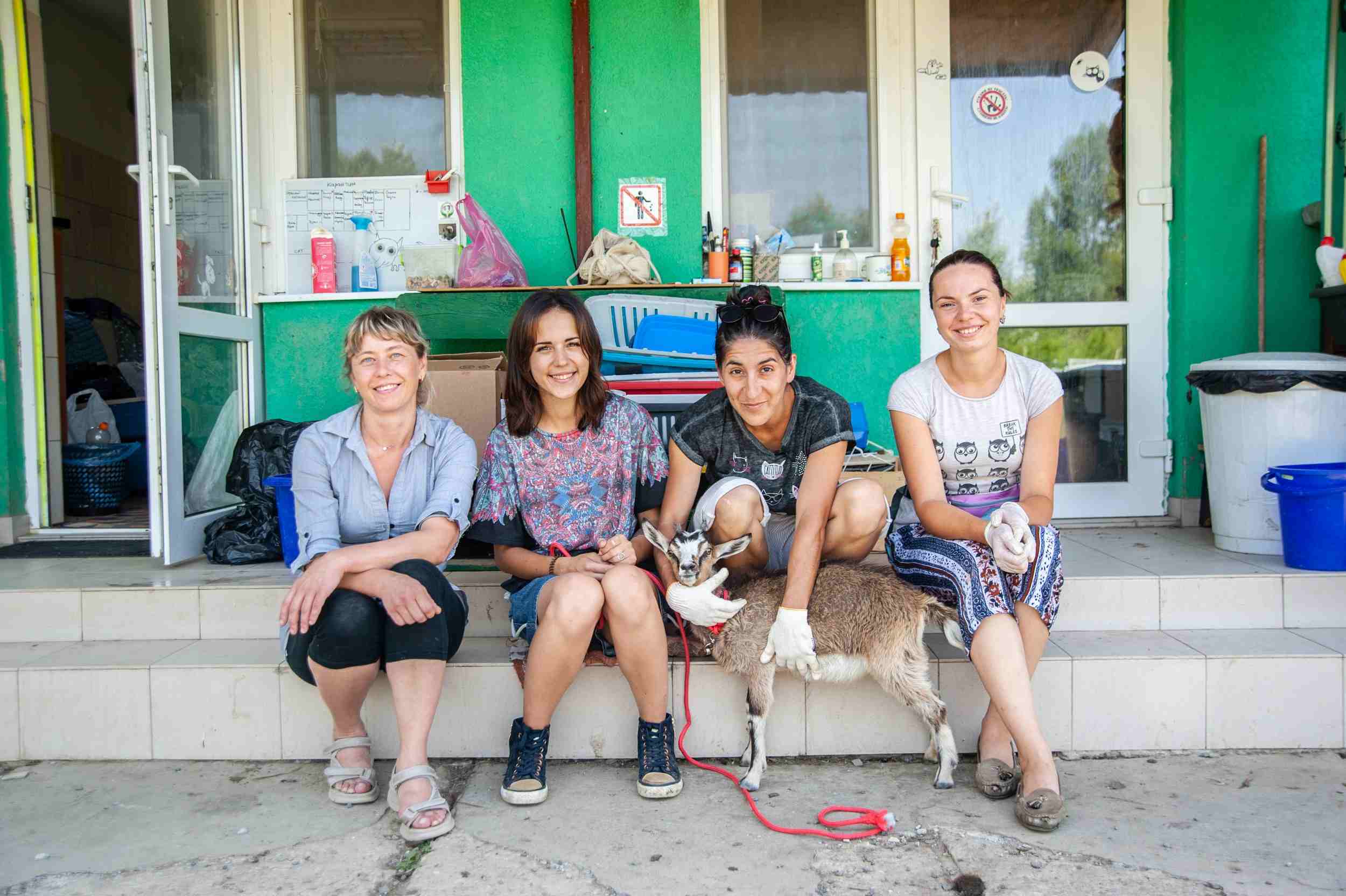 Sometimes I dream there will be a day when there are no stray dogs and cats in the city. And everyone throwing them away will understand: you can’t act like this. I have a great hope: a corresponding Law will be passed in Ukraine, and such dull and cruel people will be fined. They tell me, listen, then 70% of animals will become stray. Yes, possibly. I am ready to spend half a year clearing out the Augean stables but just for this nightmare to be over. Once a man gets fined at the amount of 10K hryvnias for a non-sterilized cat, he will understand it’s better not to get a pet at all. Once a man has no money for keeping and sterilizing an animal, he should not get an animal at all. If we had taxes and penalties, the attitude to animals would be different.