Yevhen and Olena Kudriavtsevs moved to Transcarpathia from Luhansk 5 years ago. Since then, the couple have become so native among the locals that it is hard to imagine the city without them. Yevhen is a well-known photographer, skillful at chronicle photo and food shooting. Olena is a copywriter and food stylist. And also they are together founders in the project “Maslom Wgoru”*, a cooking blog. Even if the blog doesn’t force you to cook food quickly and following the recipe, at least it has an educational function and explains complicated things in simple words and presents aesthetical pleasure from every detail, photo and text. And what is most pleasant for Transcarpathians, they will often see Transcarpathian dishes on the blog’s pages.

*i.e. butter side up, making play on words to the common saying “buttered toast always lands butter side down”

So today we are cooking “rokot-krumpli” together with Olena and Zhenia*and chatting about Transcarpathia and Luhansk, differences and similarities in gastronomy, the greatest discoveries they have made in Uzhhorod about eating, food shooting, rules of a nice shot and about life on the whole. 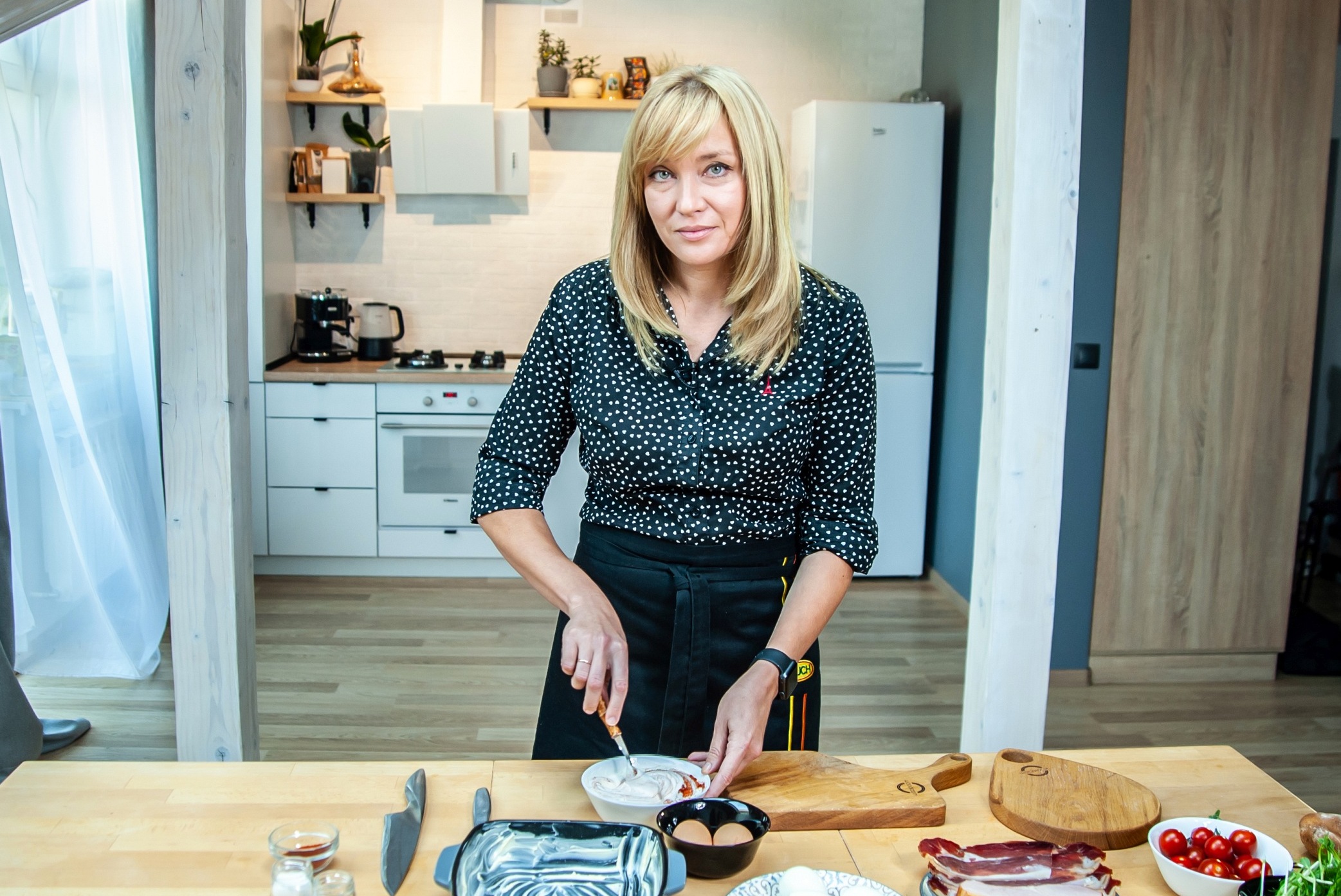 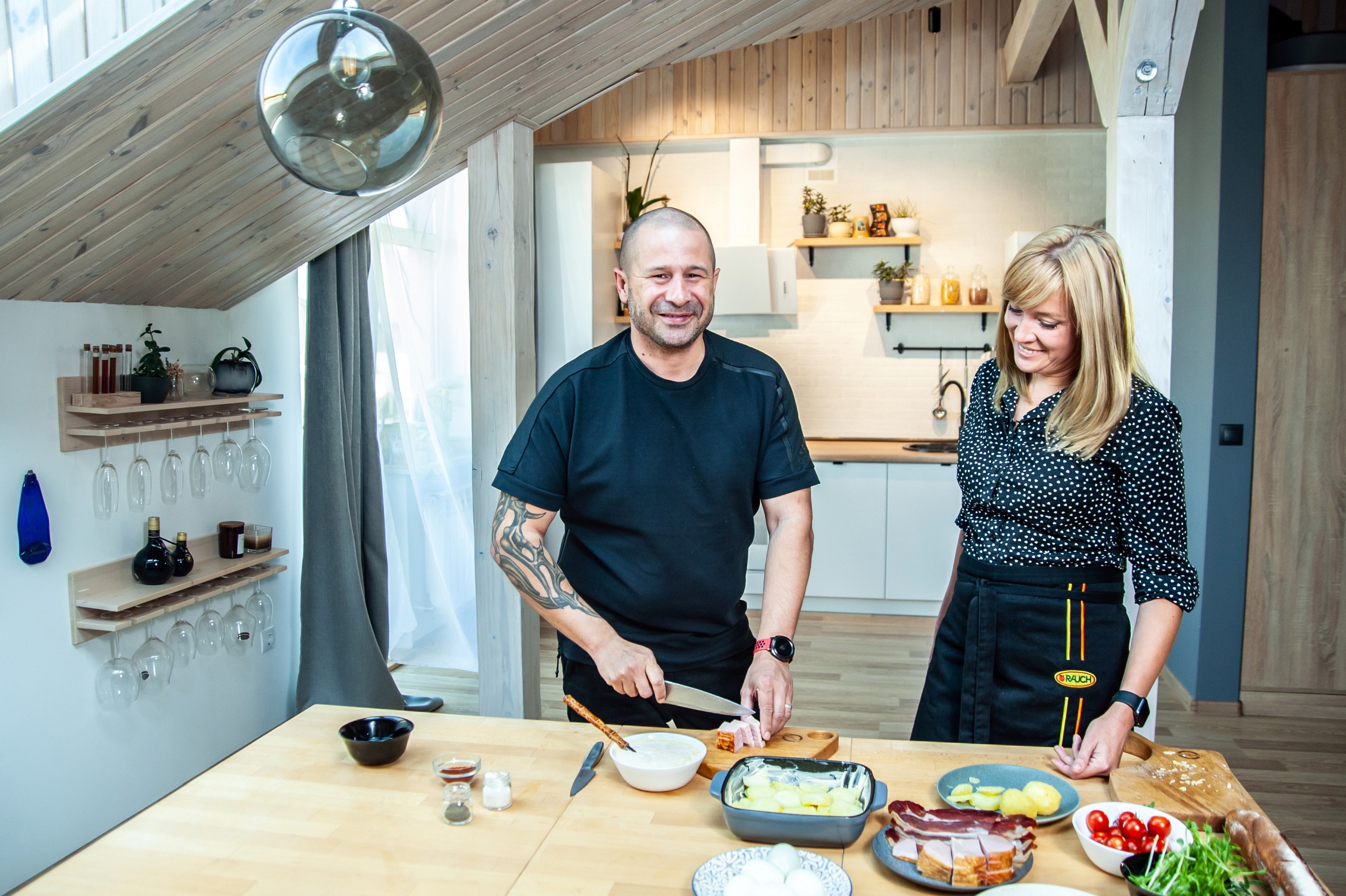 – Culinary art appeared in my life rather early. I grew up in the countryside and mom was then working at a warehouse picking up grain. So when collecting of harvest began, her work took her away around the clock for a month and a half, – Olena tells. – So my sister, dad and I were staying at home and had to manage the cooking by ourselves. My sister was only a year younger than me so we learnt the job together. That was a bit o f typical Ukrainian cuisine – soups, borshch, porridge, varenyks. As for the Transcarpathian cuisine, I only met it 5 years ago. Surprised at once! Never thought we are so different from the point of view of culinary art. There are lots of very interesting dishes here, from so many national cuisines: Ukrainian, Hungarian Romanian, Slovakian.

So the first dish I tasted in Uzhhorod 5 years ago was paprikash. We had to wait for our order very long and later on we realized, as we got more experienced in cooking it ourselves, that it’s all about the small halushkas: they are done exactly for each order. Bohrach may be simply warmed up but this is a different case.

In her article Tasting Transcarpathia: banosh, hombovtsi, lotsi pechenie, Olena is joking: “Our first half a year in Uzhhorod we were puzzled at each step. Erosh Pishta – what is that? The main course, the second course or just compote? And I’m serious now. I was reading menus and signboards and I had my brain boiling. Hermelin, utopentse, kyizlyk? What are these? Hurka and hrudka (chicken breast) aren’t they the same things? This bread is so tasty and no crusts! It is served to sehedinskiy goulash? Well, for half a year we’ve enjoyed eating it simply buttered!”

– What Transcarpathian dishes are now in your daily menu?

– It’s true that Transcarpathia greatly influenced our homely cuisine. I started buying maize grits, paprika, torhonia. I had never been interested in them before or known they existed at all. Now we always keep at home erosh pishta (seasoning), dried mushrooms, yaphynas (blueberries). I like elderberry drink. No Easter for me without chicken breast. I often cook banosh and hombovtsy. But still I cannot cook everything at home. For instance, when we are receiving guests at home, I make a remark at once: you should eat bohrach only at places where it is cooked by native Transcarpathians.

– So why are we cooking “rokot-krumpli” today?

– Because I don’t quite comprehend this dish. I would like to change my attitude to it. I might not have eaten it cooked by an expert chef. Another point is that is a truly common everyday dish. I can sympathize Transcarpathian housewives, who invented it just because they could cook it quickly from actually all the food remnants easily found in every household.

– What are top five dishes, to your mind, worth serving to tourist in Transcarpathian restaurants?

– There are many more than just five! First of all, holubtsy. Known to everybody in Ukraine but different in Transcarpathia, could be as small as a pinkie and even smaller. It’s another art. I can’t produce them like that but I’m eager to learn to. Anybody willing to become my tutor? (laughing – Editor). The second place may be held by bohrach and hombovtsi. Both are very tasty. Then comes the sehedinskiy goulash, I just love it. Torhonia, paprikash, trout, mushroom polyvka (soup). Generally, there are many tasty dishes and they are already on the menu in local restaurants. It is nice serving that the chefs should improve. 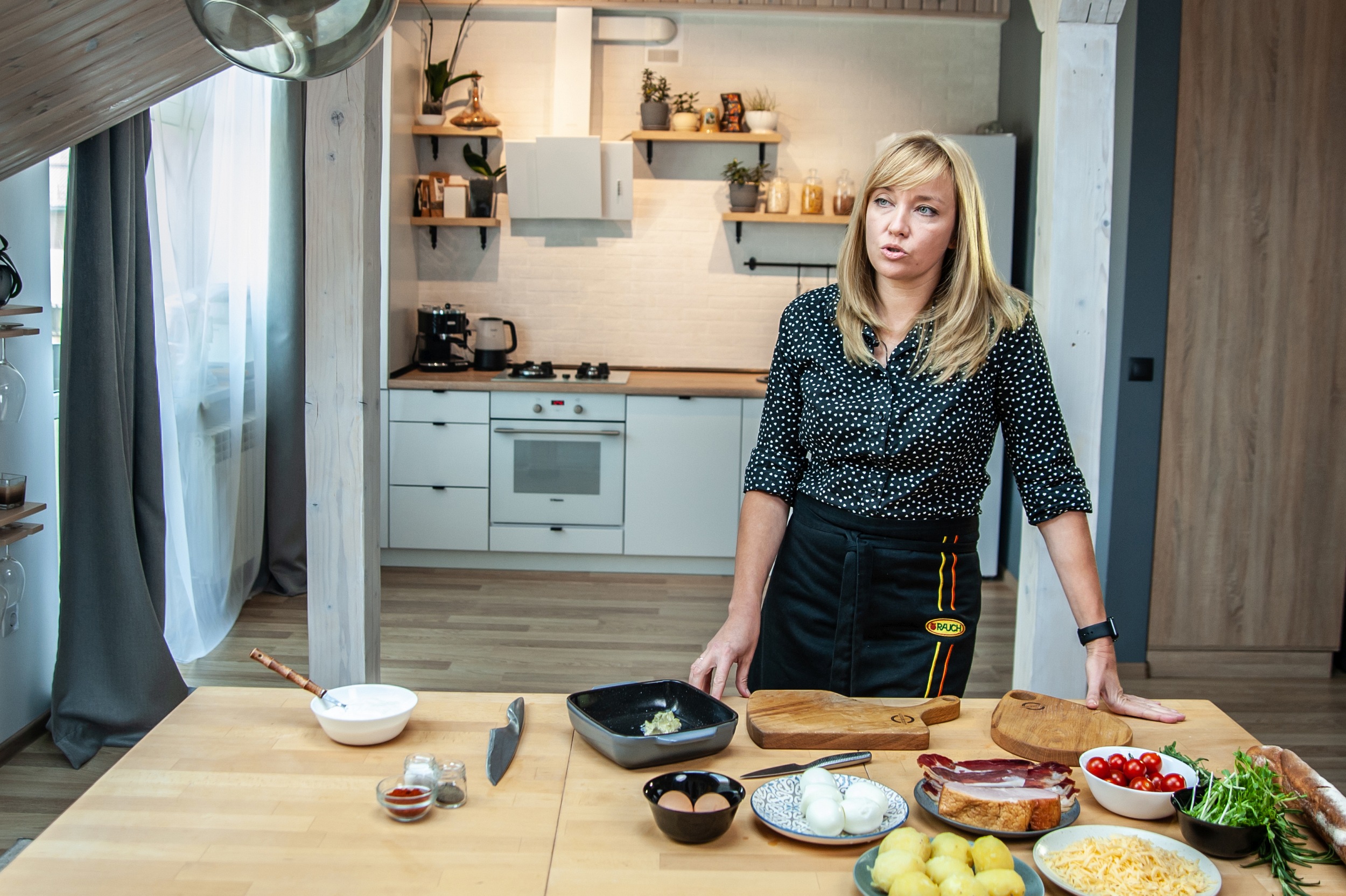 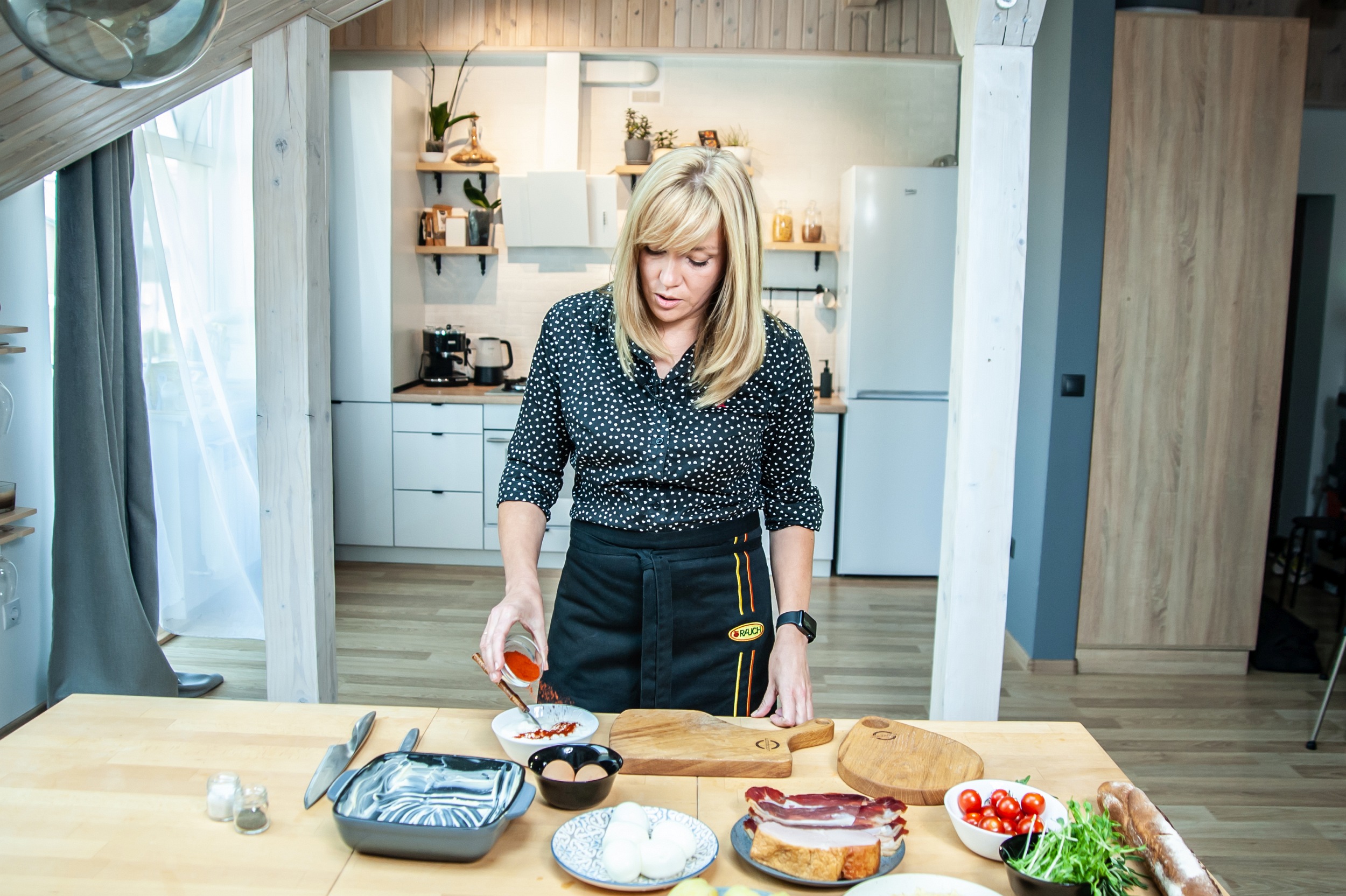 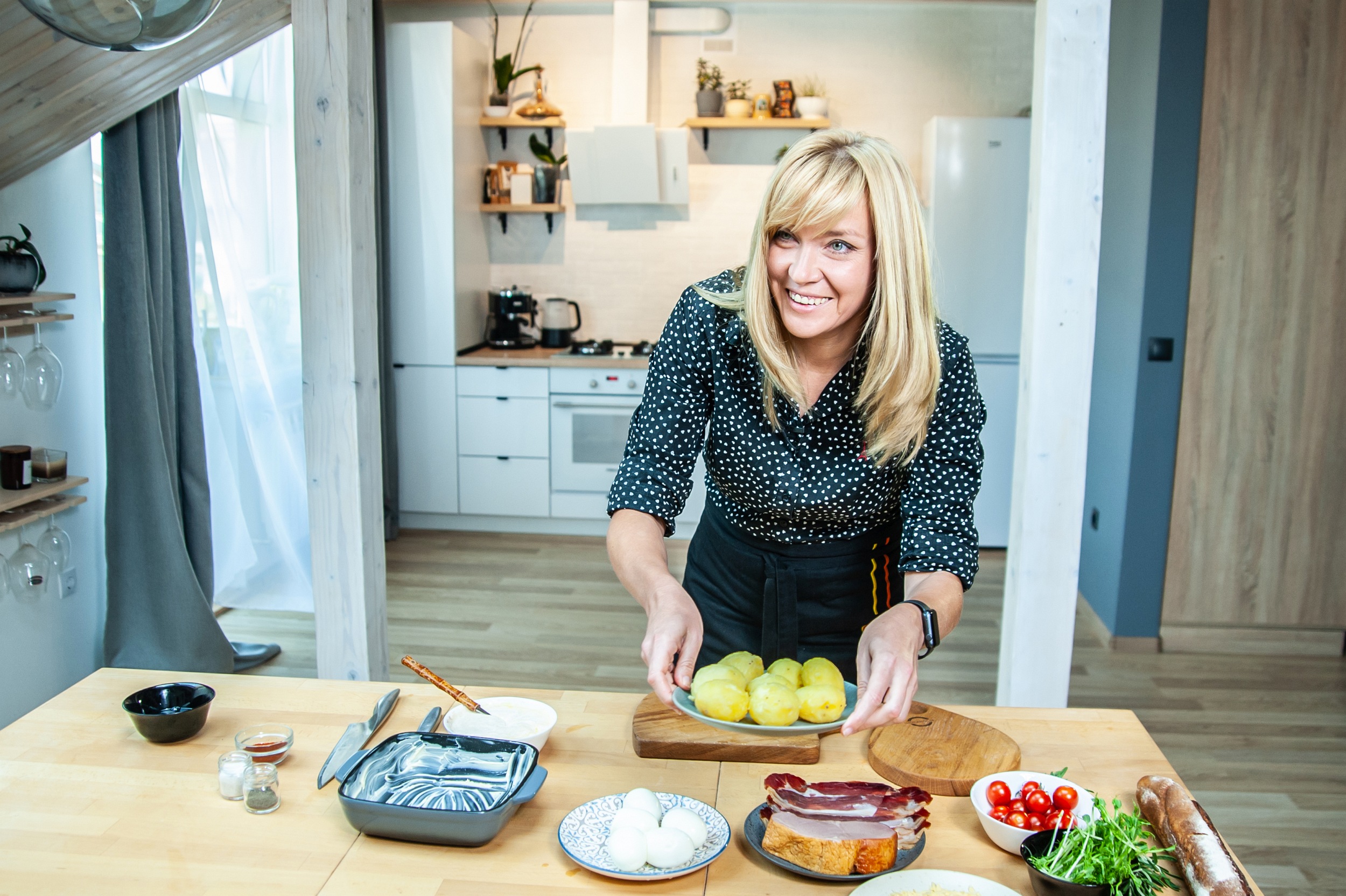 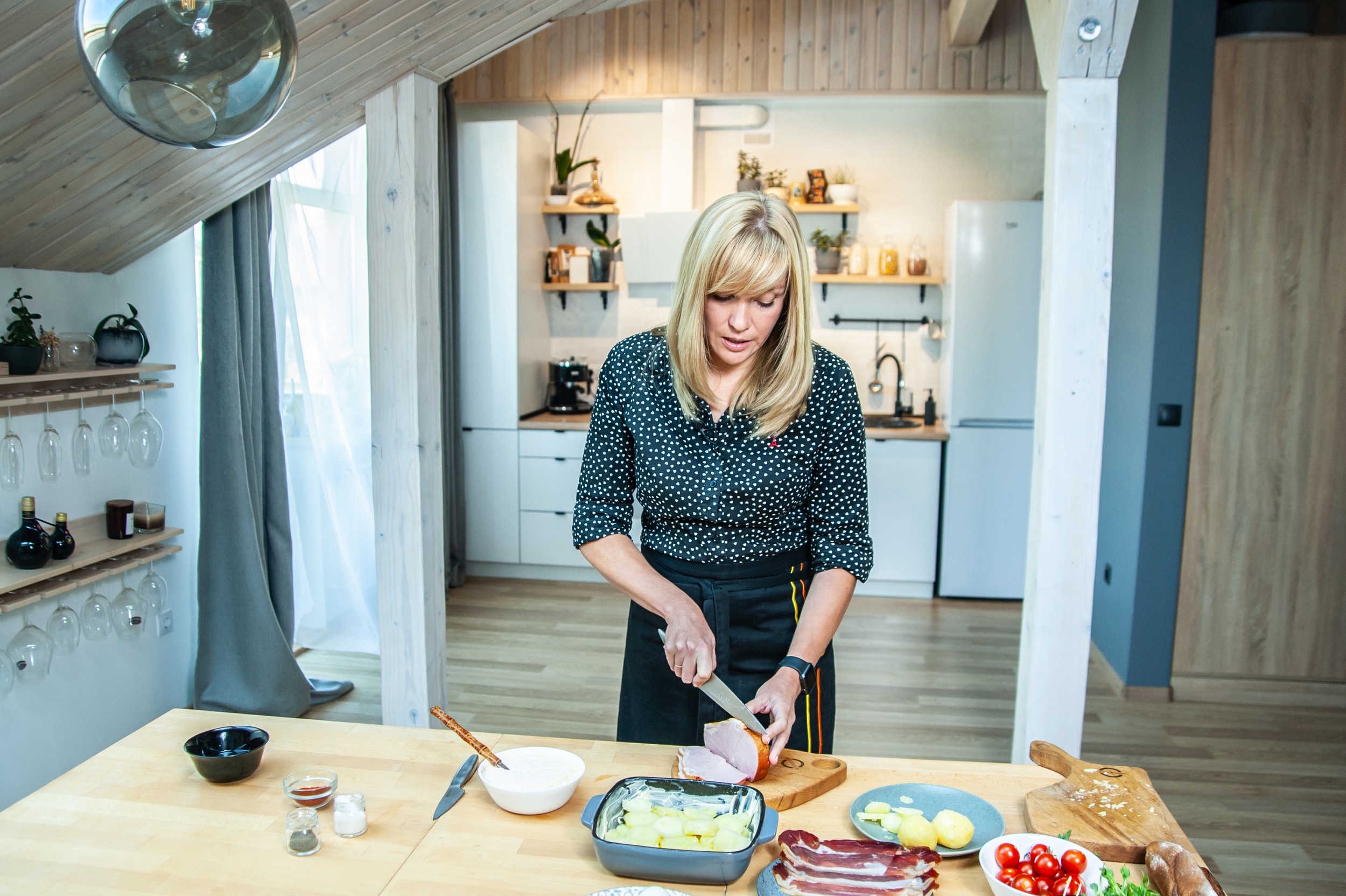 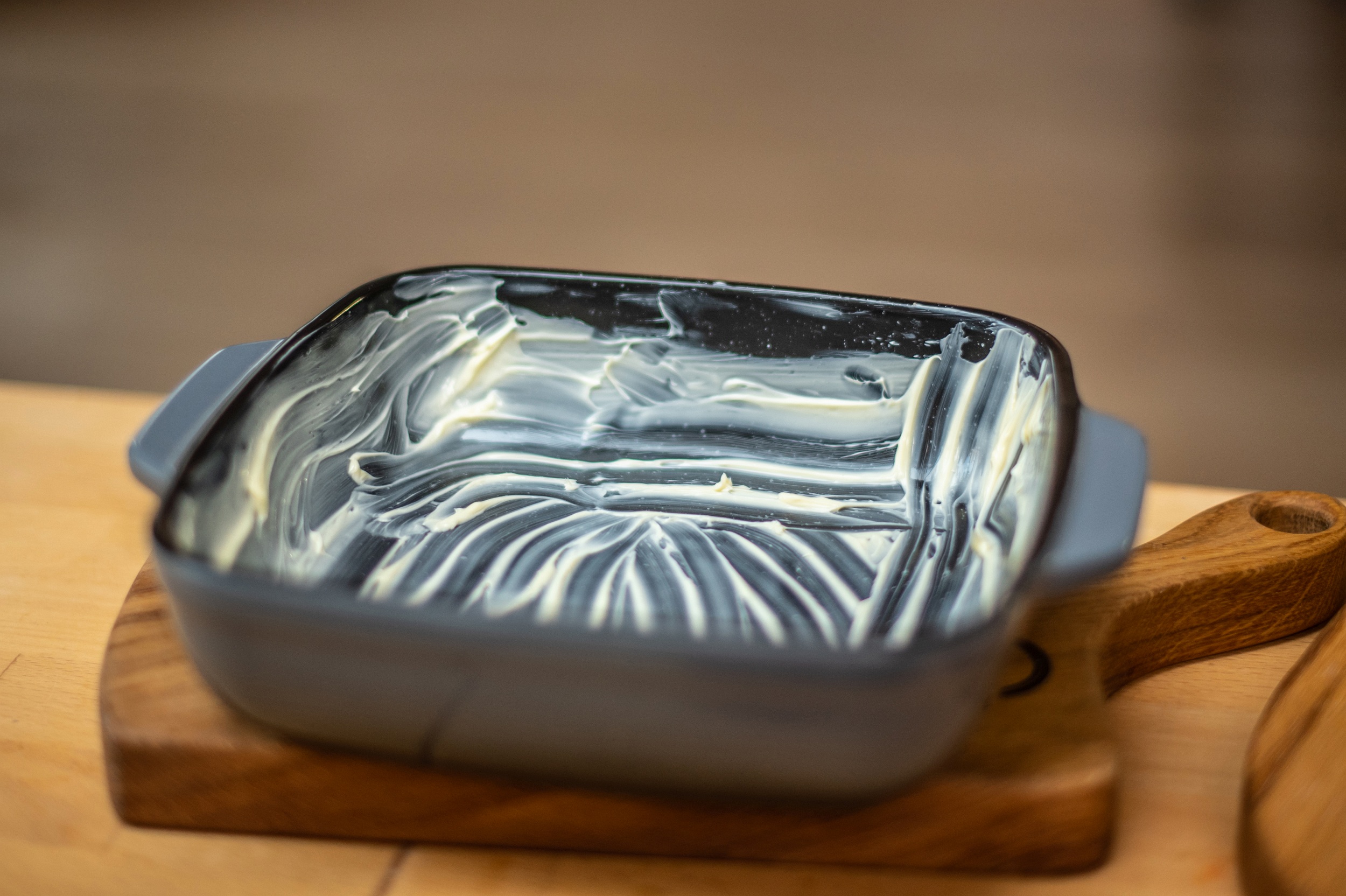 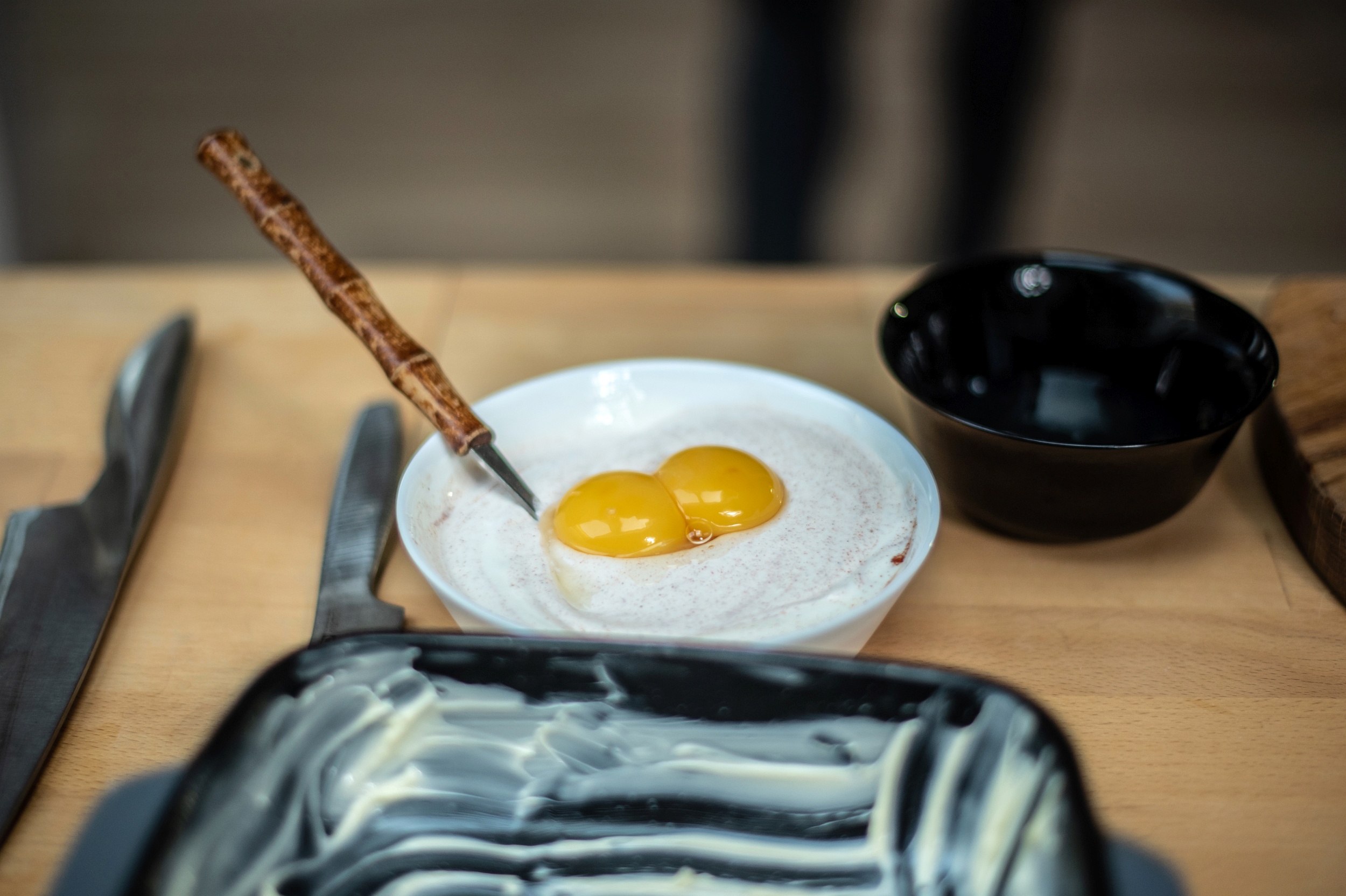 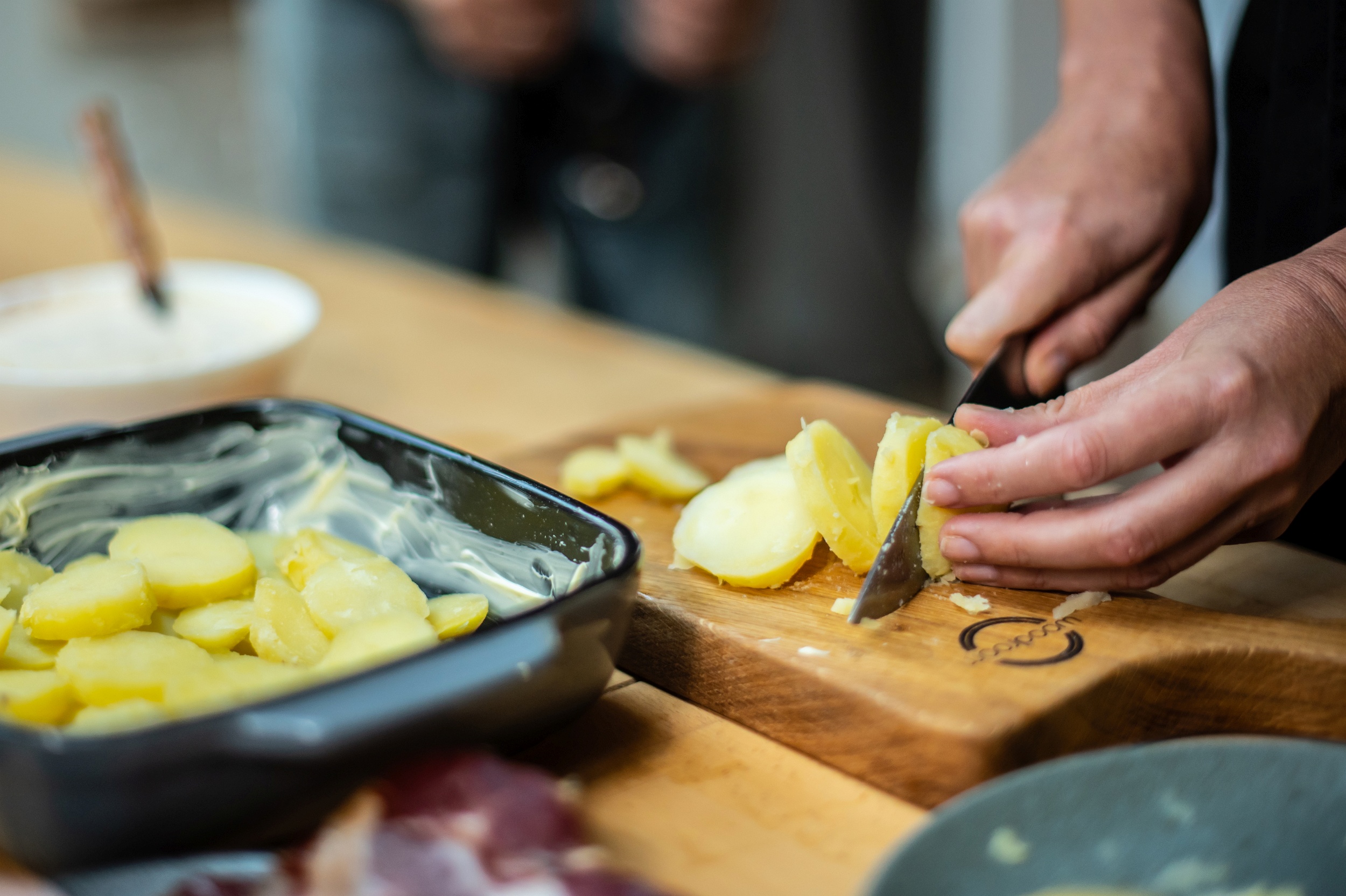 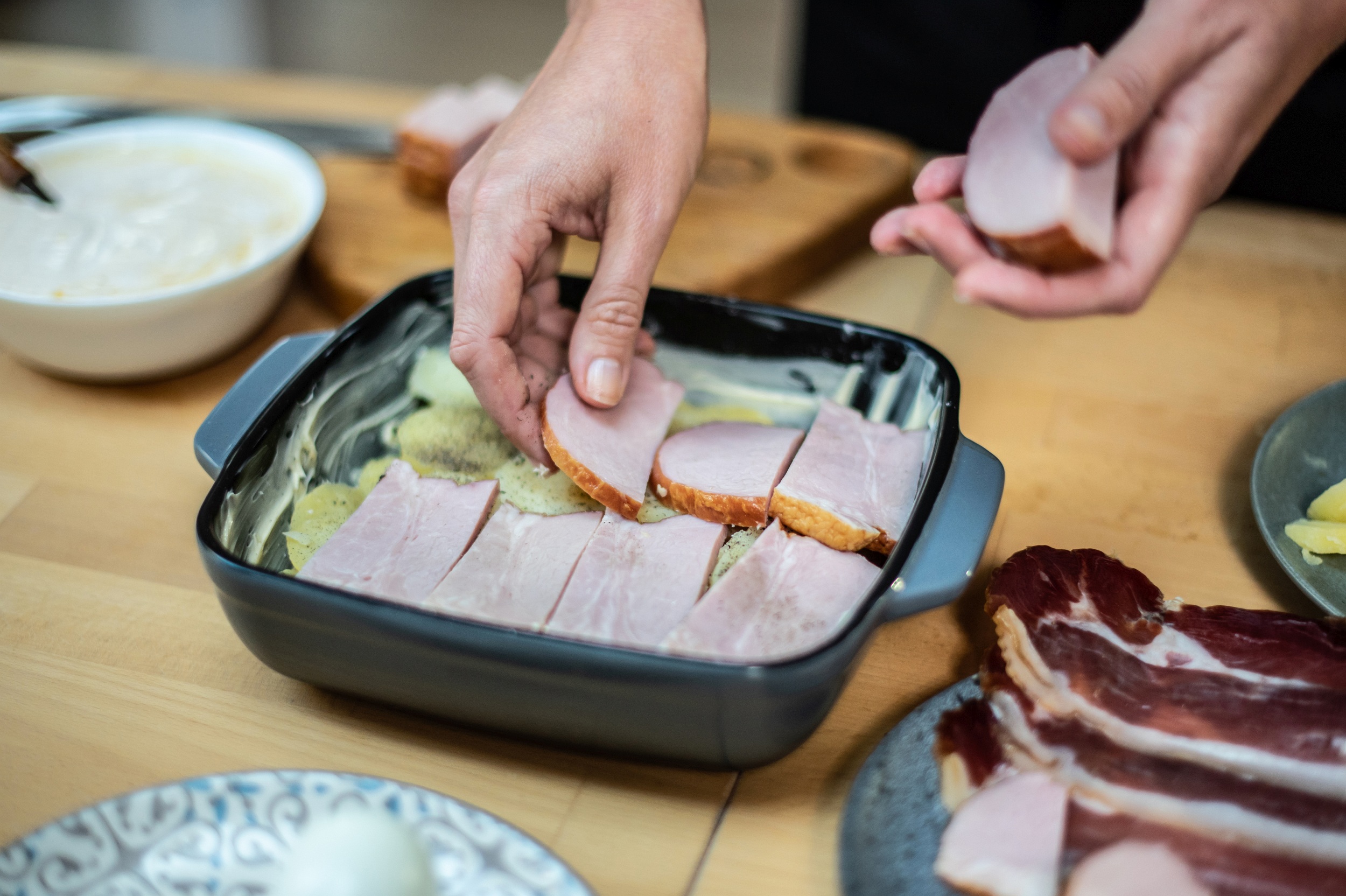 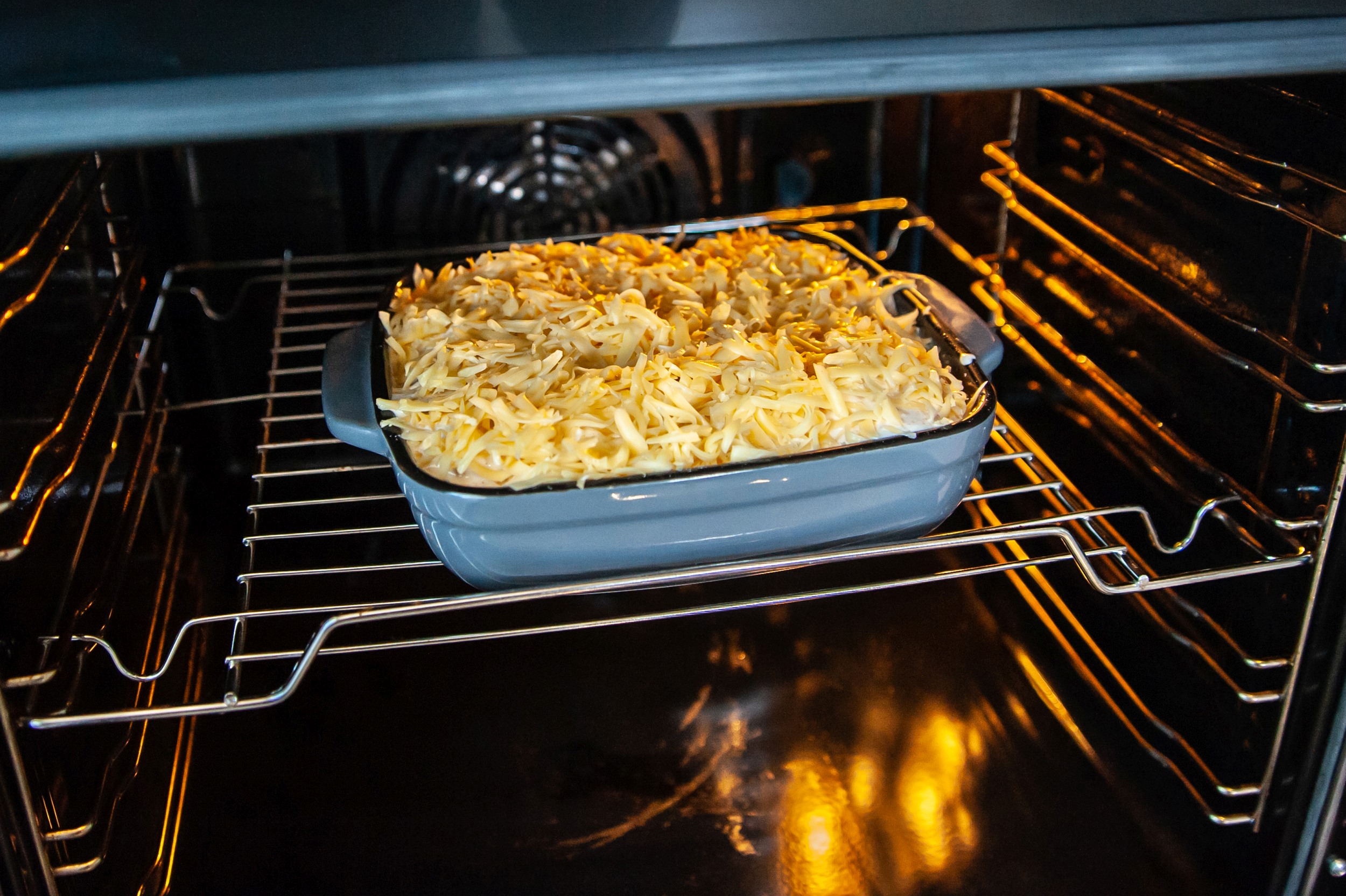 – Zhenia* has been shooting food for quite a time, about 8 year. But he does it for restaurants, and there are some distinguishing features for that. I have been taking pictures for 3 years. We once watched the film “Julia and Julia: happiness cooked by recipe”. It’s about a blogger who narrated about shooting after Julia Childe’s book. And then we realized that we had a wish to create a blog. That’s how it all started, – Olena says.

After cooking the dish, which may not always come out well, by the way, Olena and Yevhen now pass to shooting for their blog. Each has their own role and tasks.

– Each photo, as  our readers watch it in the blog, starts with my finding an exciting and actual recipe, – says Olena. – actuality is an important point. If I cook a dish of fresh zucchini or strawberries in December, it will make no sense for the readers. Once I have found such a dish, I start thinking on how it should look on a photo, what accessories I should use when shooting – crockery, napkins, decoration flowers. On completing this stage, I start cooking. As I can see I’m about to finish up, I tell Zhenia how much time he’s got to set up the lighting equipment. That’s another important point, for each dish looks attractive for some time after cooking only, and you should keep that in mind. You may shoot ginger bread quite well in a day’s time after cooking but pizza will get skinned in 10 minutes and will have no proper appearance. Depending on the dish size, I make a decision on the camera angle. I am mostly guided by the rule: the higher the dish located the lower we shoot and the other way round. 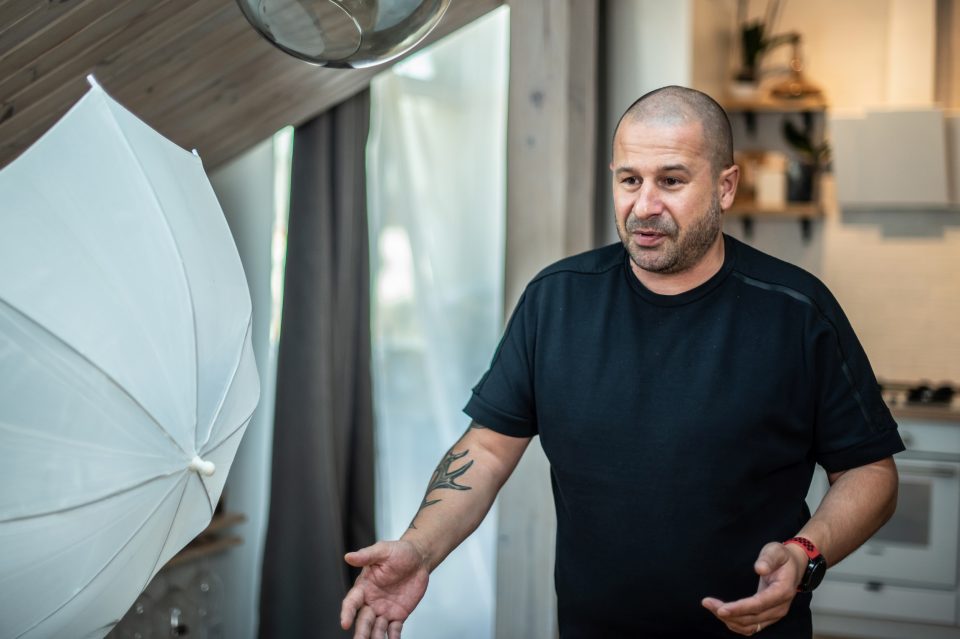 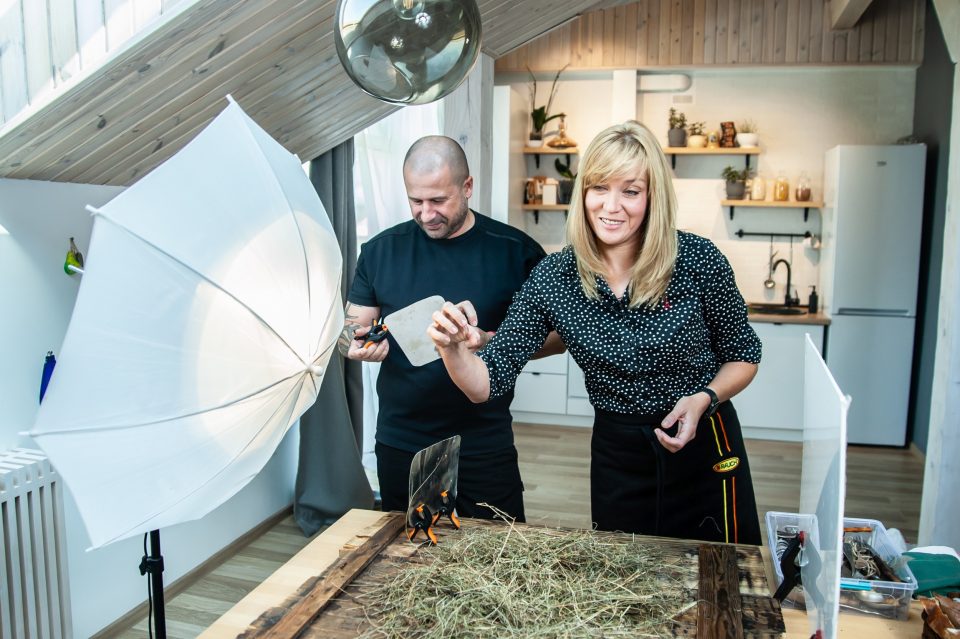 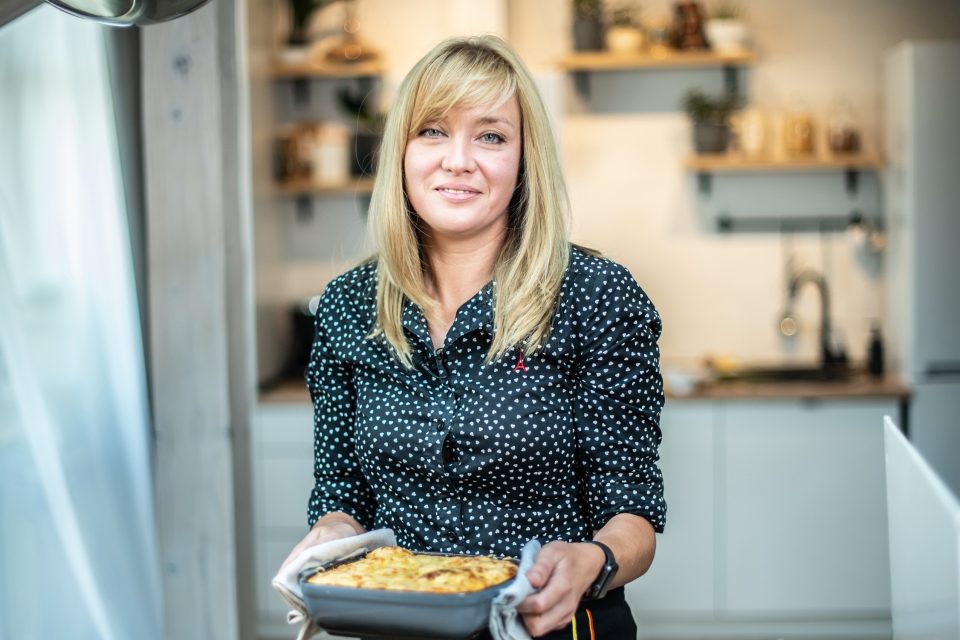 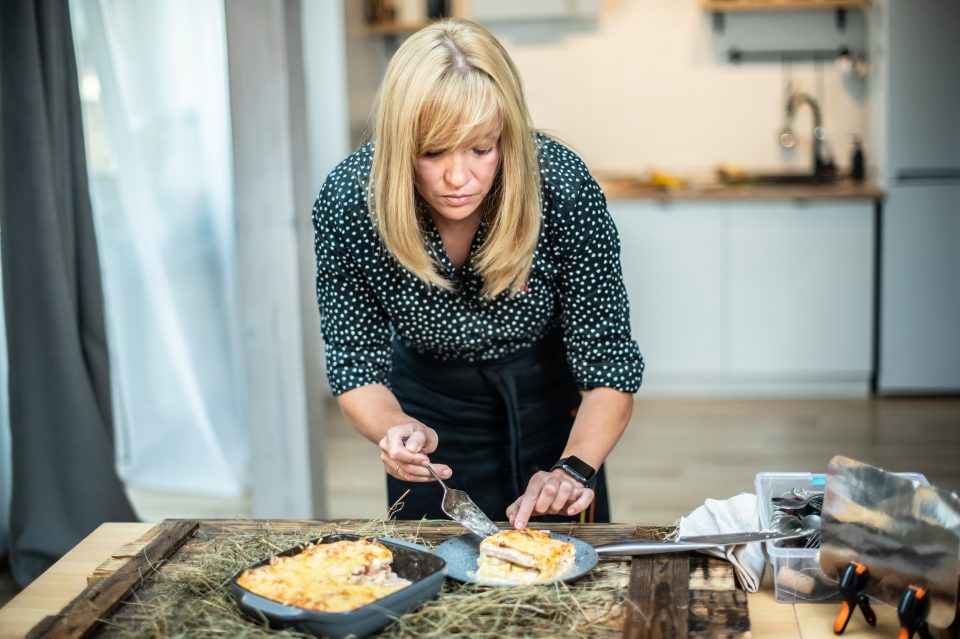 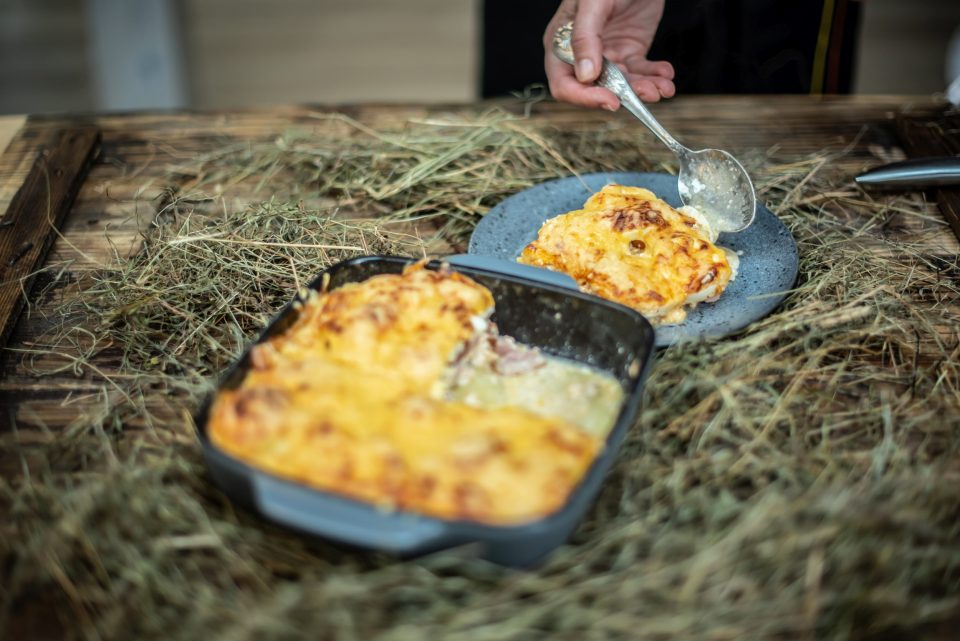 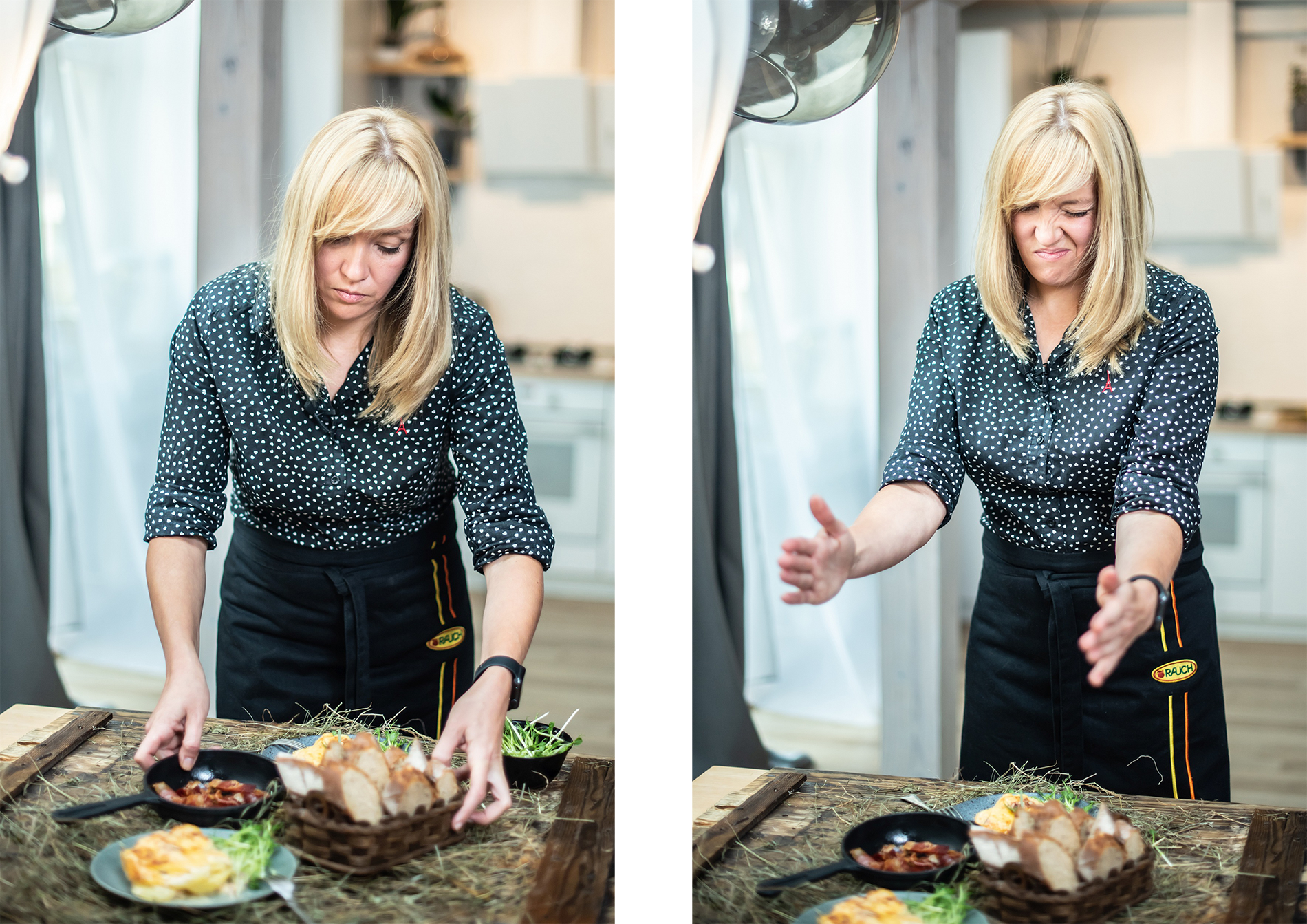 Zhenia throws in a joke: the only time that he is in the frame is when he can smell the food from the kitchen.

I like what Lena cooks and the photos we make in the end but the I never mix up with the cooking process, that’s her area. And as soon as my wife says that it’s almost done, I start to set up my light devices, preparing the background. I do it all intuitively, never using any special formulas or calculations. I just have the frame in my head and that’s all: now I know what I need and where to install it to make a nice photo. And then again, there is no special equipment we use. Sometimes we may use some pieces off household stuff for light reflection. By the way, there is only one source of light. Surely it’s time to start thinking of another one, – Yevhen smiles.

Usually the couple cook and shoots 3-4 dishes in a day. It takes about 4-5 hours, including the cooking.

Food photograph art tends to small crockery, first of all, because of its ease in handling. The photophones are not as large to place several dishes of 30-cm diameter. Secondly, if you serve the dish onto a largish dish, you have to shoot the dish anyway. So Olena looks for the smallest crockery at hand – plates, mugs, casserole dishes, pans – no larger than 20 cm in diameter. 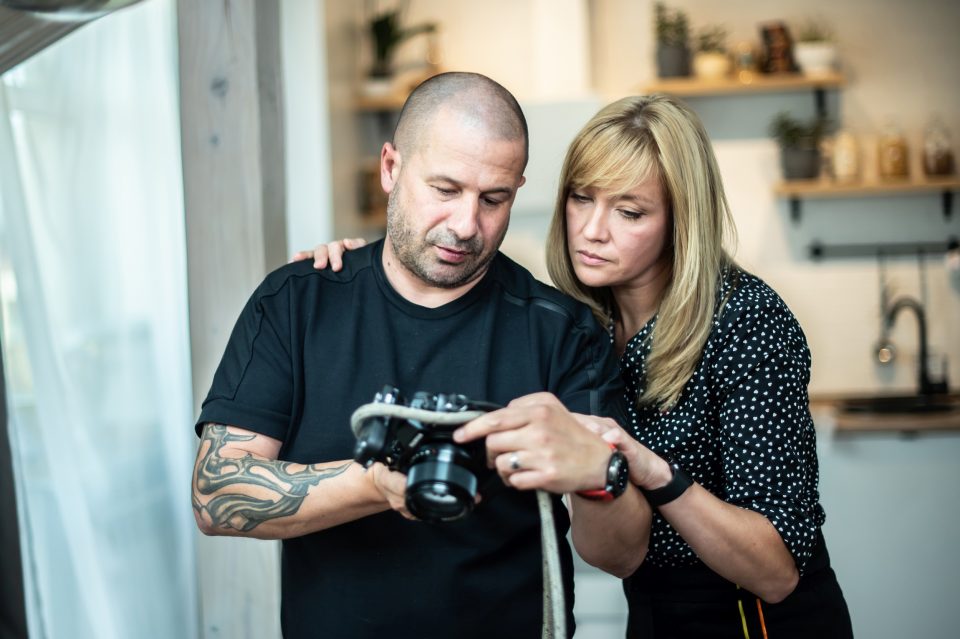 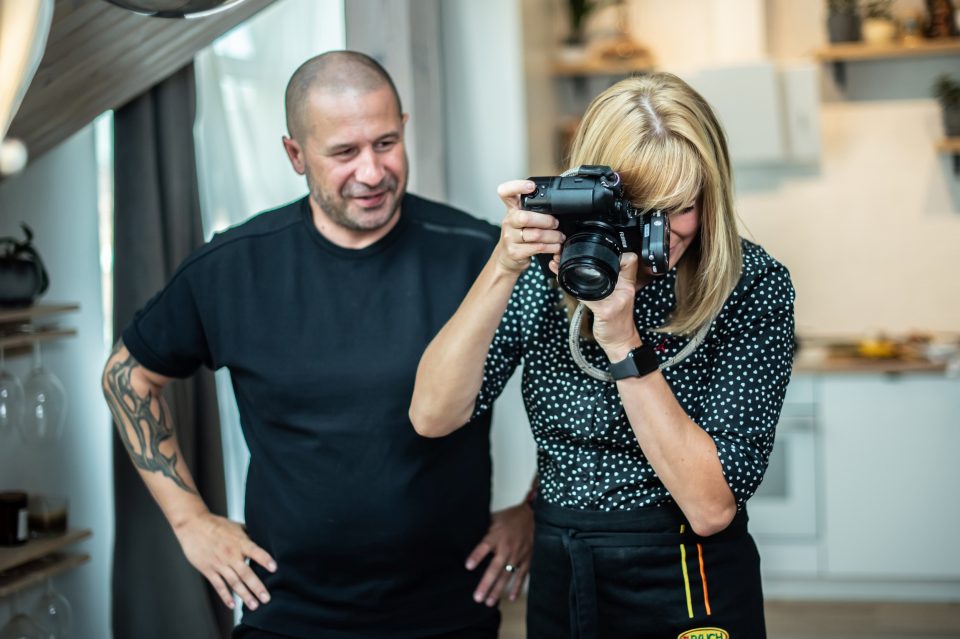 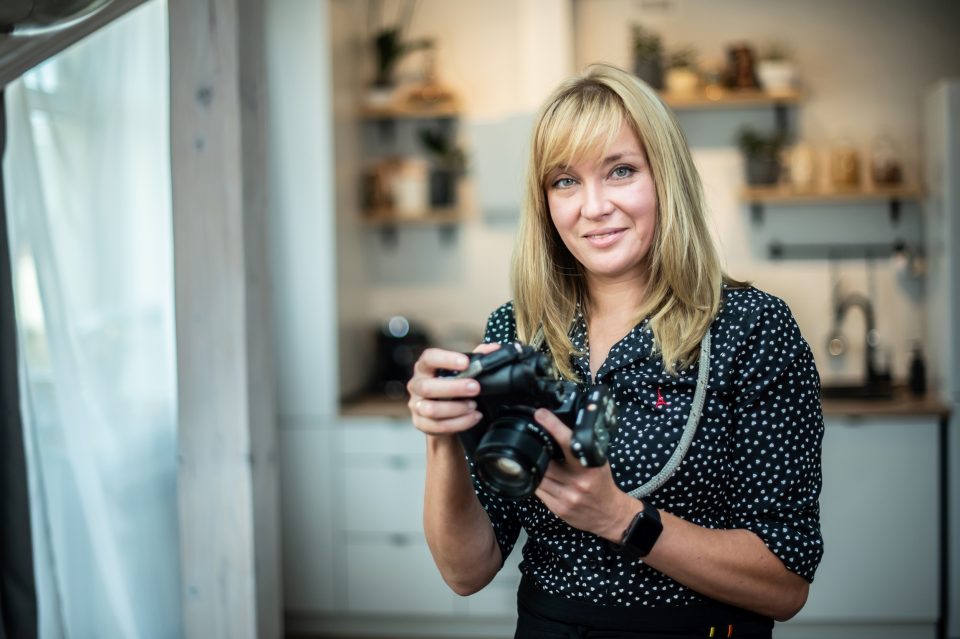 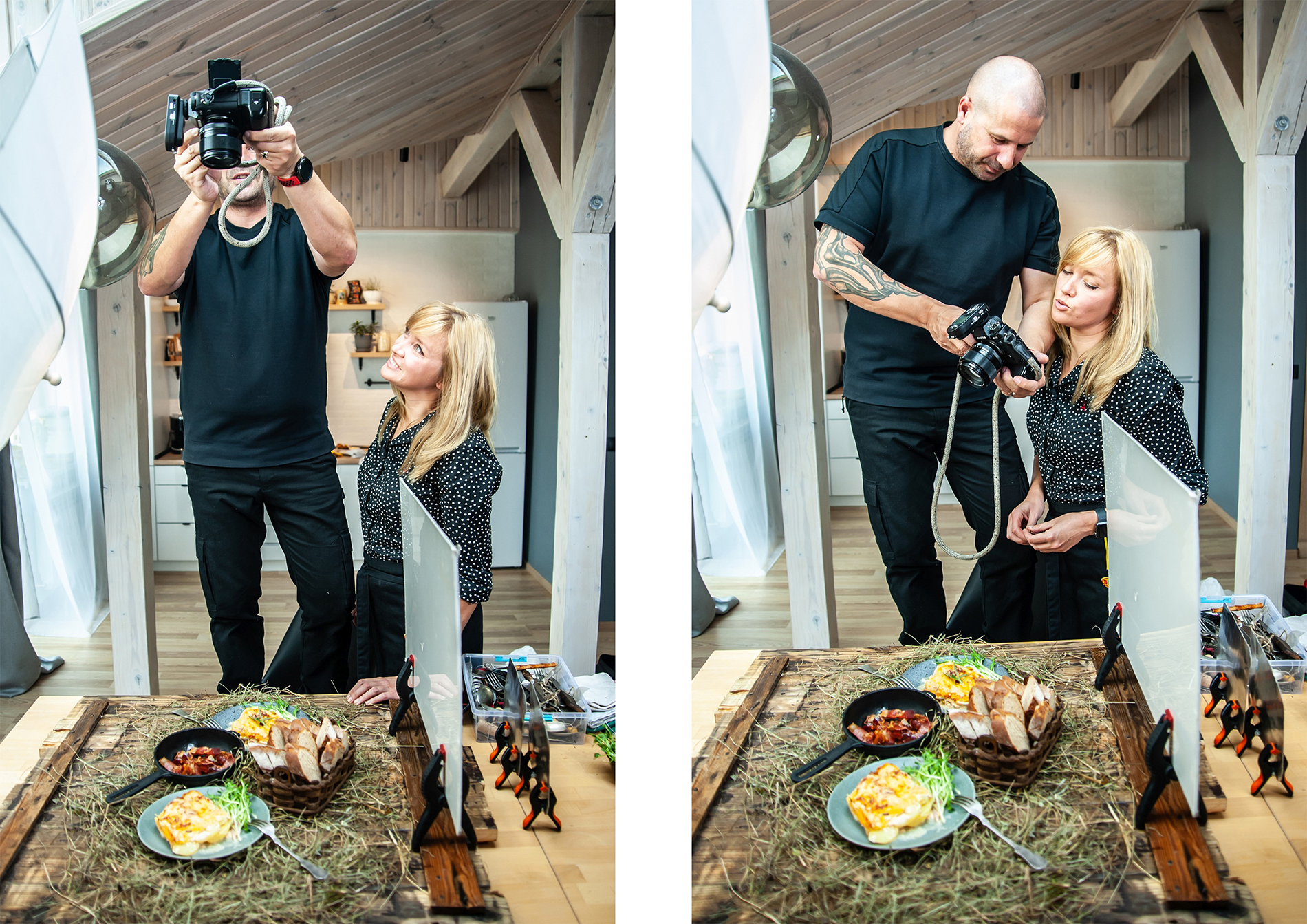 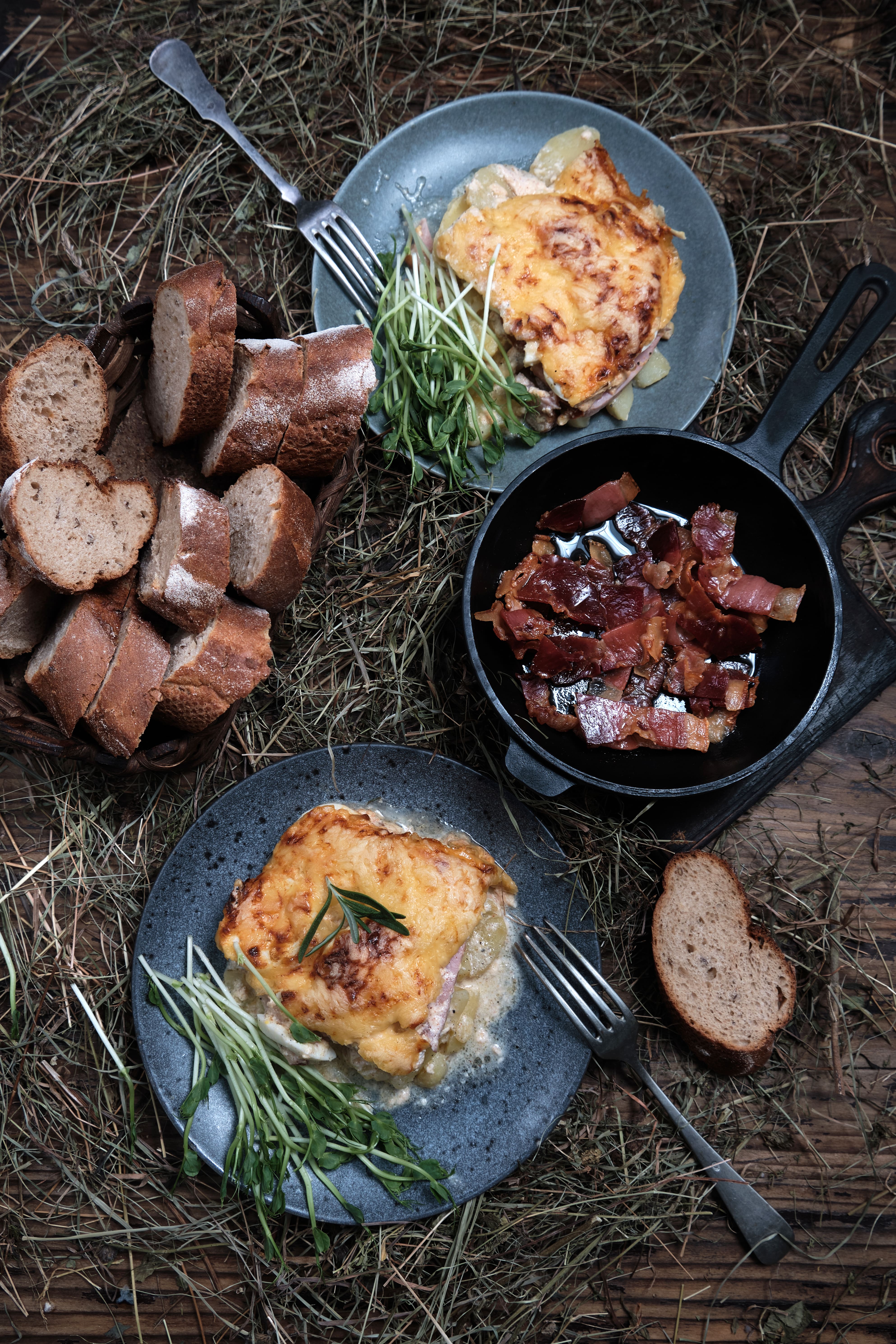 We often get asked: whenever are you going to launce your own restaurant? – the blogger tells. – Our job is really very close to the restaurant business and we know only too well what kind of job it is. We have lots of chefs as our friends and we communicate with them, not only discussing dishes but also the job’s challenges and daily routine. And it’s harder than it looks. I keep stressing that I don’t cook as a pro, so my thoughts on launching a restaurant are rather skeptical. As for our blog «Maslom Wgoru»*, we have a little dream of compiling a book. A big one, in the present format, featuring nice pictures. Who knows, we may venture one day.