The cultural breakthrough in Transcarpathia we may not notice

What happened by accident, might turn into a strategy

The coronavirus pandemic and the lockdown restrictions have changed our lives completely – their pace, habits, work and plans.

But apart from lots of drawbacks and substantial problems, the crisis caused by COVID-19 gives each of us an opportunity to reconsider events, experiences, goals.

All involved in creative industry and cultural field over the world now have most time for such reflections, since it is this scope of activity is now suffering perhaps the most.

What is even more demotivating being the uncertainty. And it also pushes to thinking, analyzing experiences, working on new road maps and strategies.

In particular, this is what we are doing here in the Varosh editor’s office, since we are also belong to the creative industry, researching cultural events and highlighting them.

And the editorial considerations during the lockdown have led us to the question: what may become those points for growing in Transcarpathia’s cultural sphere when the pandemic is over?

And here comes the most interesting thing: it appeared that in the last few years, as Transcarpathia for many has become as a problematic region, some processes are still happening. And our editorial staff dare call it a cultural breakthrough, though not so remarkable at first sight.

This statement may appear an overestimation even for local Transcarpathian people, that are used to complimentarity in respect to their region. But we here in Varosh editorial staff insist on our term, and we have a few winning arguments and examples. Let’s revise them by 3 cultural directions in which Transcarpathia as a region has truly doubtless achievements. These are cinema, music and literature.

The last 5 years, especially 2019 appeared to become almost Hollywood-like for Transcarpathia. And this is already a dilemma as to what comes to your mind first when you hear such formulations.

As far back as 5 or 7 years ago, it was hard to imagine that we should hesitate what to start with in the “cinema” section through the context of Transcarpathia. Perhaps, we should start with filming at Lake Synevier starring the legendary Leon-killer, Jean Reno, that was to become his farewell to his career in the cinema? Or shall we start with the motion picture “The Border” about smuggling at the Ukraine and Slovak border and received an award at the prestigious international film festival in Karlovy Vary? Or yet with the movie “My thoughts are silent”, acknowledged at the same festival in the Czech resort town and still being on everyone’s lips?

Alright, let’s start with the latter. My Thoughts Are Silent is not the latest film with Transcarpathia at the backstage or the one shot here. This motion picture, in which most of the events developed right in the region and the main characters appear as native Transcarpathians (and some of them really are). In shot we can notice the sakura trees in Uzhhorod and the thermal waters of Berehovo district. It couldn’t have been otherwise, since the film director and its script writer is an Uzhhorodian from the Shakhta (the Mine) neighborhood of the city, Antonio Lukich, aged only 28 at the time.

Isn’t it a cultural breakthrough for Transcarpathia when such a film is awarded in 4 nominations of the national movie award “The Golden Dzyga” (The Golden Spinner) – namely for the best film, for the best scenario, the best female character and as the discovery of the year? Three of the four awards were won by Antonio Lukich who eventually got also the title of an Honored Artist of Ukraine in June the same year.

We highly advise you to read an exclusive interview by Antonio to Varosh still before the premier screening in the cinemas and before glory dropped on him like the Shypit waterfall. 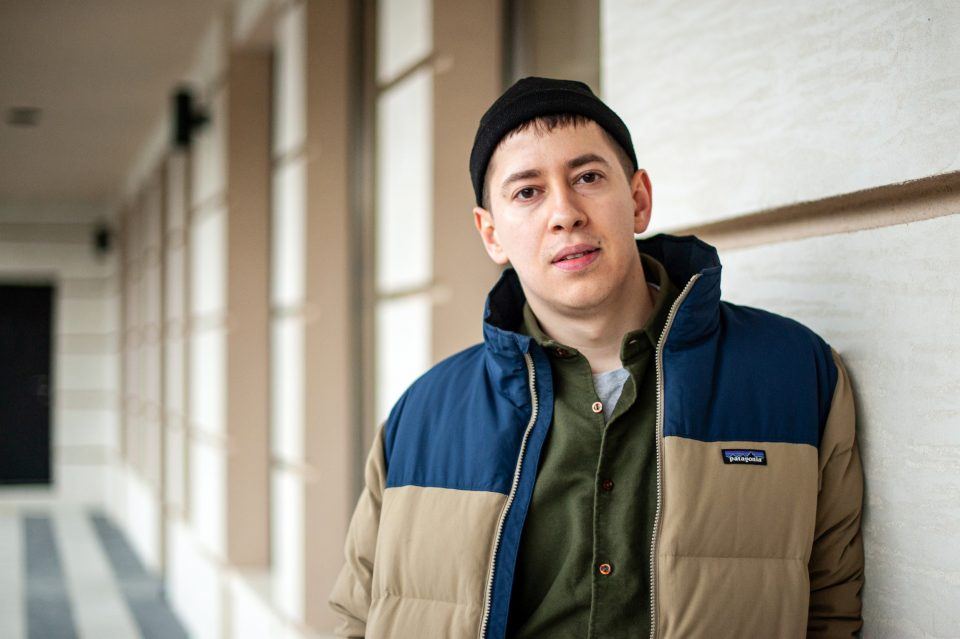 In the conversation Antony admits that he really wanted to shoot in his film not just Transcarpathia but to fill it with the local charm, through the dialect and special locations. This autumn the movie “My Thoughts Are Silent” will appear in HBO Europe as well.

Indeed, there is enough of Transcarpathia scenery in the film “The Border”, that was watched by some 16 thousand people only on the premiere day in summer 2017 in Slovakia’s cinemas, and by some 69 thousand cinema-goers during the first week-end of the film service.

The movie was not only shot in Transcarpathia but some of its events develop in this region. And, what’s more, one of the main characters in The Border was played by the consummate actress from Uzhhorod, Rymma Ziubina. During the years 2016-2018, Rymma obtained a whole range of personal cinema awards, in particular, The Golden Dzyga (The Golden Spinner) – for the main part in the film A Turtledove’s Nest and for a minor role exactly in the film The Border.

Perhaps, it would suffice with only these two arguments but let’s proceed. Apart from Jean Reno, one more star of the screen has recently been to Transcarpathia. Involved in shooting a film by Akhtem Saitablayev, ‘’Zakhar Berkut”, Robert Patrick arrived to the region. And everybody will recognize him by his part of the robot made of T-1000 alloy, the opponent to Arnold Schwarzenegger in the movie Terminator – 2. 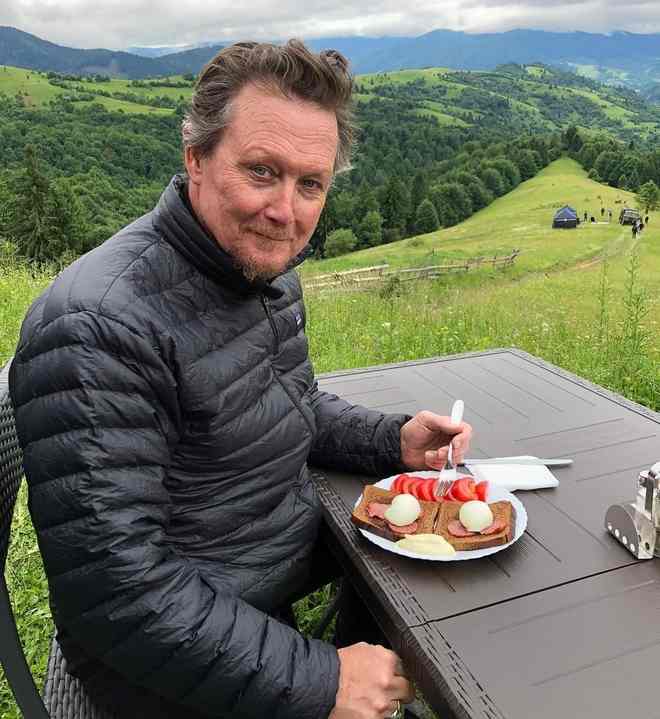 Aimed at discovering Transcarpathia’s potential as a filming location, though rather for returning the status to the region, the Transcarpathian Movie Board was made up. Hence, the above victories should not be the end of the cinema breakthrough in the westernmost region of Ukraine. There are reasons to expect new shooting, both in Transcarpathia and about it.

On the occasion, we advise you to watch a content by the local screen fan, Oleksiy Umanskiy, concerning what films have been shot in Transcarpathia recently. You will easily find that in 2015 the best film in a foreign language, according to the Oscar Board, was a work by Laszlo Nemesh, under the title Saul’s Son, in which the main character comes from…right you are, from Uzhhorod.

On top of it, there is the swift career ascent by an actor of the Transcarpathian Ukrainian Theater of Music and Drama in honor of Sherehiy Brothers, Alexandr Mavrits. He was suddenly chosen for the main characters in a few significant Ukrainian movies at once, such as “The Red One”, “Dovbush”, “Ilovaysk – 2014”. 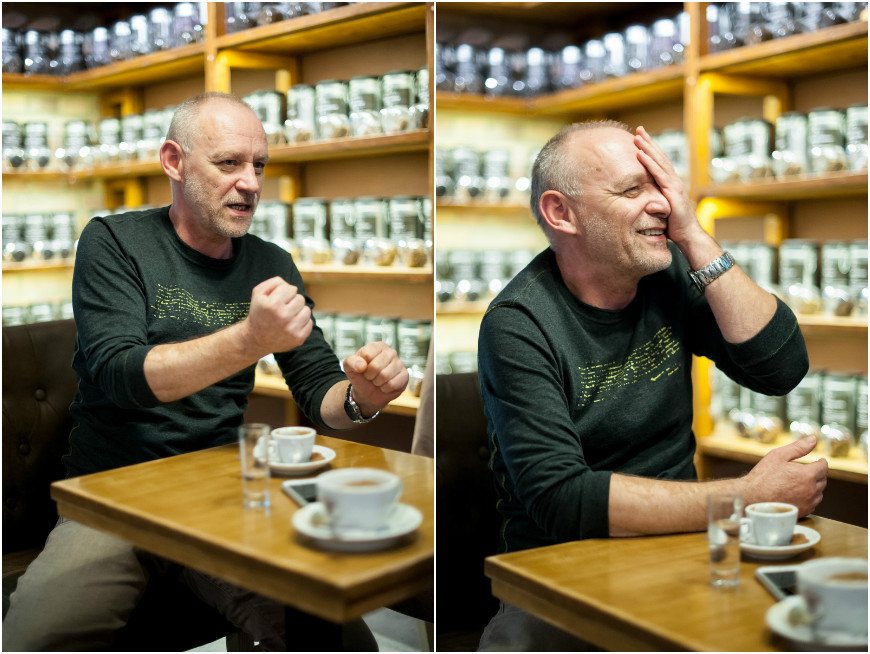 If you are not happy with the geography of the latest performances of the symphonic orchestra at Transcarpathia Regional Philharmonic Hall and that of Hudaki Village Band from the village of Nyzhnie Selyshche, Khust area, as arguments for a musical breakthrough in Transcarpathia, in particular their appearance at Sziget, one of the greatest music festivals in Europe, or the introduction of a large number of Transcarpathian ethnical bands during the same period of time (starting from Rock-H and Chalamada and then Trysta8sim (i.e., 308) and Vandor), then let’s talk of the success by the band Bez Obmezheny (No Limits) and by the singer Alina Pash.

In the first case, it’s a long and truly thorny way that a rock-band from Mukachevo passed to the top of Ukrainian show-business. You may imagine, the band have been playing for 21 years, and in the 2-3 last years, together with a Transcarpathian from Kyiv, Serhiy Tanchynets, they have become one of the most popular of Ukraine’s rock bands.

Surely, we can only credit the success by Bez Obmezheny in the last few years as part of the cultural breakthrough in Transcarpathia only arbitrarily, since the band does not involve the topic of the region and its multiculturalism in their songs. But at the same time, the band musicians have never been ashamed of their roots, thus promoting a fashion for Transcarpathia.

At the same time, the female singer Alina Pash truly exploded in 2018 all over Ukraine and beyond exactly as a musician transmitting the Transcarpathian flair, its multiculturalism and polyethnicity in modern interpretations

Apart from the numerous concerts, creative collaborations and taking part in social projects, in the last 2 years Alina has managed to perform, for instance, at the economic forum in Davos and at a parade for the Independence Day. And this popularity of the young female singer from the township of Bushtyno in Tiachiv area, is no doubt a musical breakthrough of Transcarpathia, even though you may not like hip-hop.

Not once have we happened to hear from Transcarpathian writers that local people read little, at least the writers’ books. However, beyond the region Transcarpathian authors, writing mostly of Transcarpathia, are popular and respected. 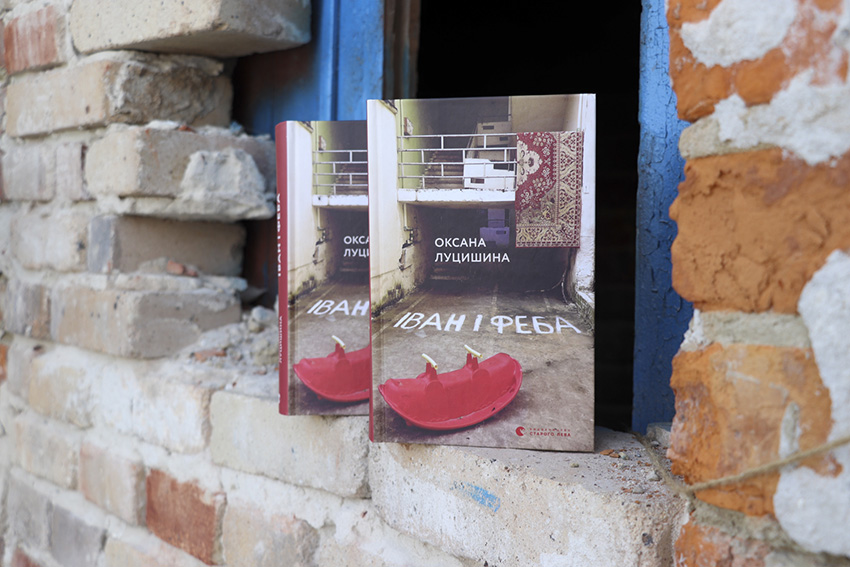 In this respect we may recollect at least the fact that, in the last decade already 2 Transcarpathians won Shevchenko Award in the nomination “Literature”, namely Petro Midianka and Myroslav Dochynets.

The latter is, generally speaking, often called a Ukrainian Coelho, due to both his style and the popularity of some of his books, republished in unprecedented editions. For example, his “Many Years Blessed Years”.

Both as a permanent author at Varosh and as one of the most popular of today’s Ukrainian young writers, Andriy Liubka writes mostly of Transcarpathia, discovering and rediscovering it to Ukraine and the wide world.

Oksana Lutsyshuna deserves a special attention, since she is in the arbitrary top of Ukrainian female feminist writers. She is a teacher in the USA, and her latest novel Ivan and Feba, issued in 2019, has a plot about Uzhhorod and is based, according to the author, on her reminiscences about Transcarpathia back in 1990s. 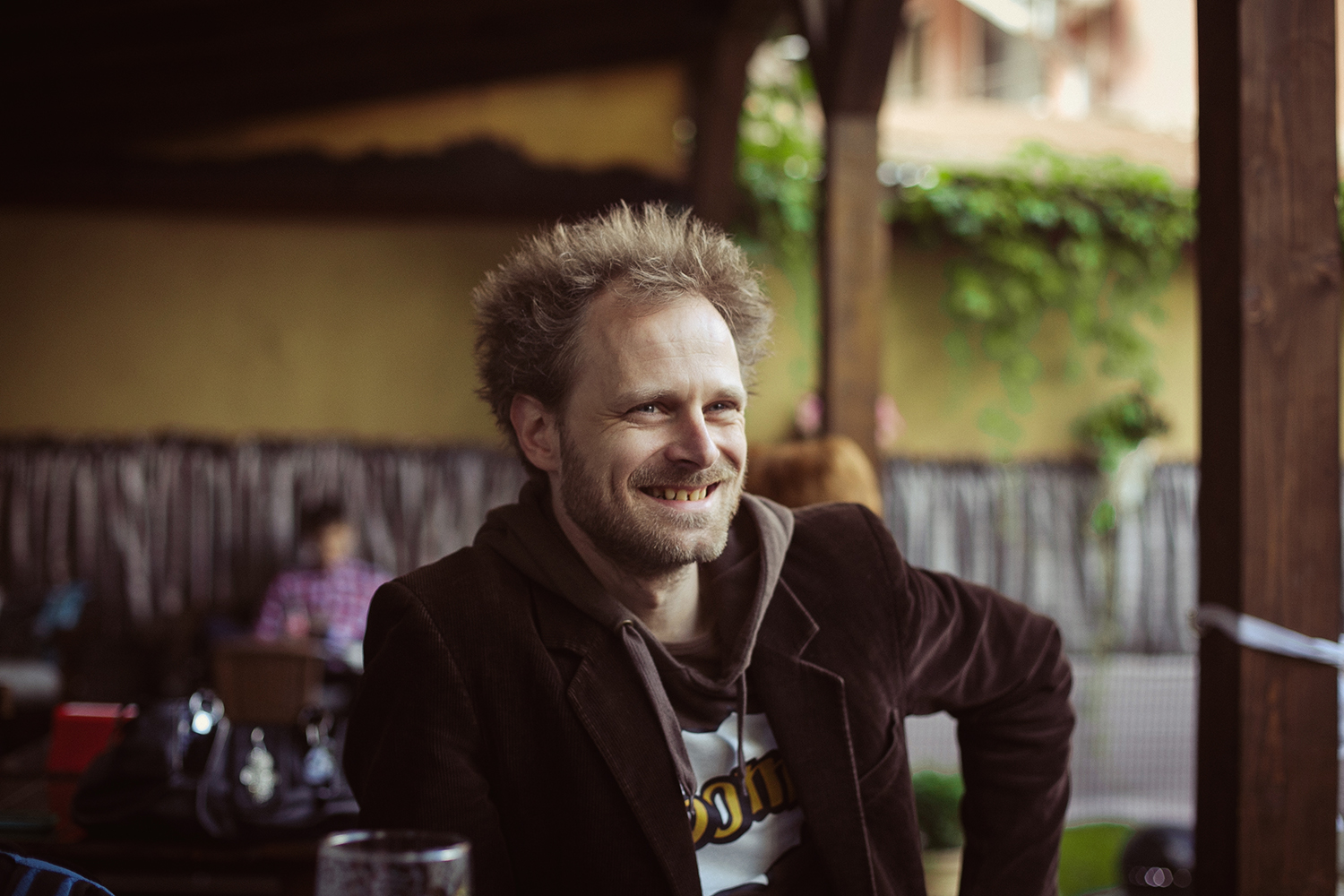 Back in 2014, Lesy Beley wrote about Uzhhorod of the 1990s, though in a different key. Somewhat unexpected angles to look at Transcarpathia at have been opened in his creative work recently (considering his short stories in social networks) by Bandy Sholtes, a Ukrainian of Hungarian origin. He often stresses that he is not a Transcarpathian but exactly an Uzhhorodian writer.

Of course, this list of names and success stories worth telling in the context of Transcarpathia for the last few years is far from being comprehensive. For example, the creative work of Transcarpathian artists from the Open Group, presenting Ukraine at the Venice biennale last year, surely deserves a whole series of articles. 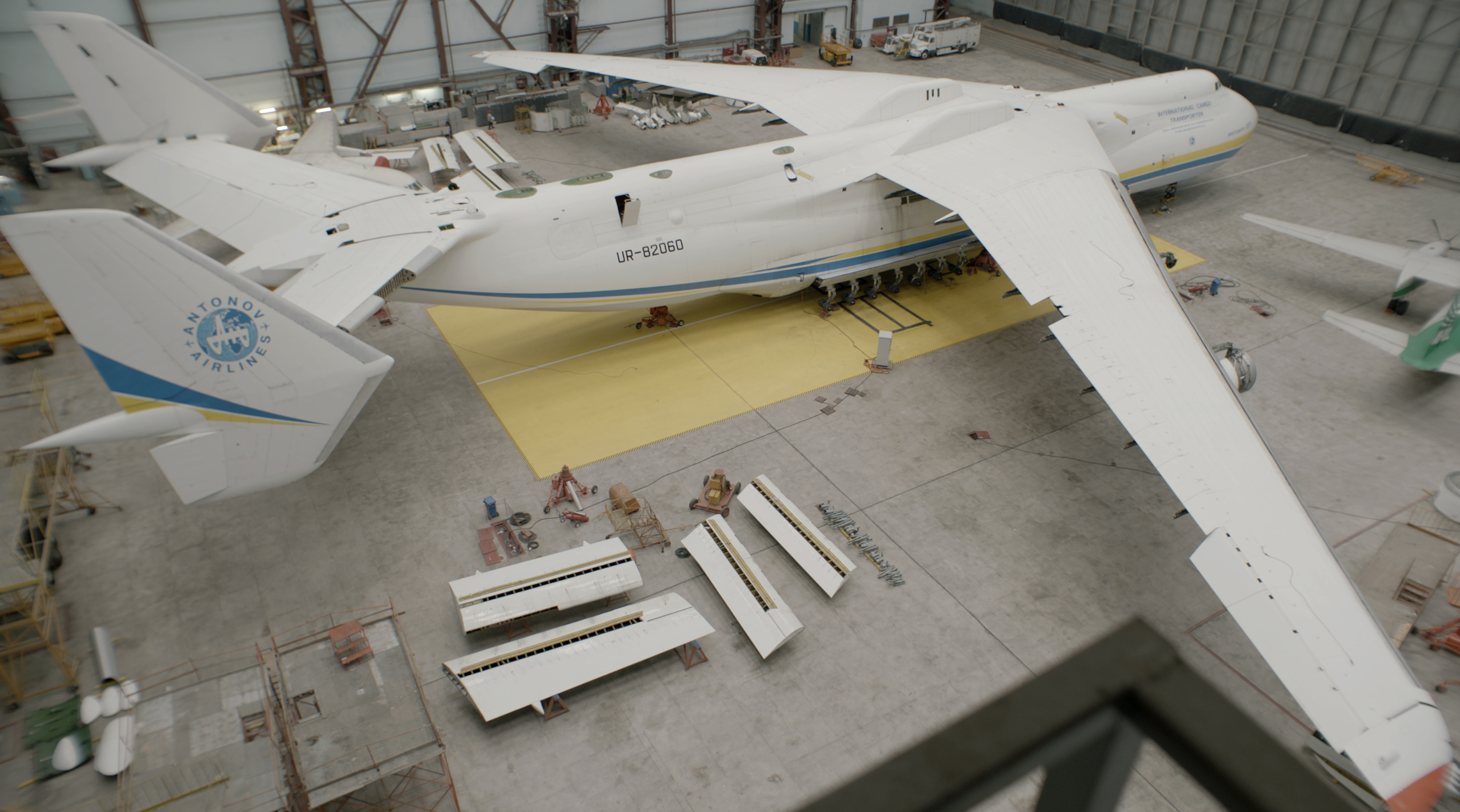 So we encourage all of our readers to comment and complete this review of ours.

At the same time, it should be noted that the (un-)conditional cultural breakthrough of Transcarpathia that we are trying to declare with this very content is yet made up of individual people’s achievements and is not a result of a systematic policy on development or popularization of Transcarpathia.

In order to make the “accidental success” cases into regularities, it is evidently required not only for the pandemic and the lockdown to finish but to have the support of the authorities. First of all, at the regional level of Transcarpathia. Moreover, what is needed is coordination and an action plan. For it is only too clear that our region has potential and ambitions not only in cinema, literature, architecture and urban planning, audio and visual art, etc.

We are going to talk of all that at the forum Re:Open Zakarpattia