The first private lyceum in Uzhhorod: the way it works and the importance of such projects

A story of an uncommon investment into education, already bearing fruit

It can often be heard in discussions on reforms, system changes and a different mindset that “it should be started from the school stage yet”, that is to say it is only possible to teach a child to act correctly, not to an adult.

A year ago, an Uzhhorodian businessman, Vasyl Didychyn, decided to take the risk and launched a private lyceum.

His motivation was his own daughter – she had no interest to school, wouldn’t want to go to school and was often ill. Eventually it appeared that the health problems and the education process were closely interrelated.

When a child is not studying but only pretending, it can be felt at once. Yet, not all parents readily admit it. And even when they do, what is the way out for the situation? Vasyl communicated on the issue many times, with his colleagues and partners in the club of financial literacy, and they came to realize that there are more parents and children with the same problems, and they were keen to start studying in an alternative school.

That’s how they first planned it. But after a year spent in searches, trainings, communicating with teaching staff, brainworking and adopting practices in private education in other cities, they decided to work “in an adult way” and obtain a license from the Ministry of Education and open a lyceum under the name of Mustard Seed. They picked up a teaching staff and announced on the enrollment. A year passed from the time the idea first came to mind to the actual implementation, and in 2020 already the first term was completed. Although it was quite tough, like in all educational establishments in the whole world and partly online, the staff are eager to share their experience and findings.

– We are pioneers in the field in our city and we were then out of touch with education, so these few years were totally charged for us. For we had to learn a lot to realize what works and what doesn’t, what could be changed in the plan of study and what must be kept. But the critical factor that we use for estimating our success is that the kids are really eager to go to school. Both pupils and parent mark that. The number of missed lessons is minimum, the children don’t fall ill, – says Deputy Lyceum Director and a teacher of philosophical disciplines, Ferentz Milio. 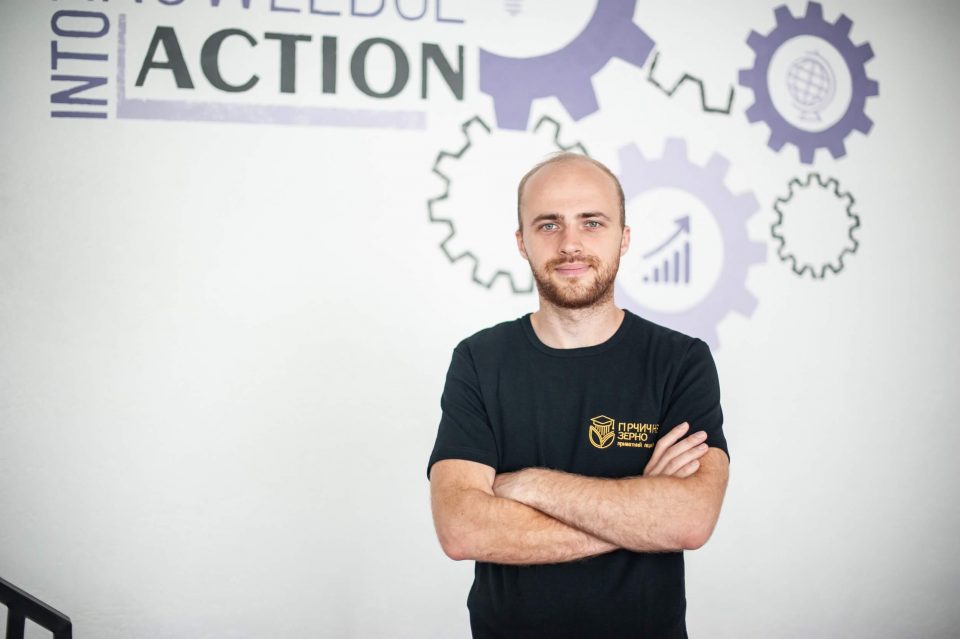 The lyceum philosophy or why comprehension is better than knowledge

The philosophy of the institution has been carefully elaborated in the lyceum, and pupils, parents and teachers have to accept it. The teaching staff hold the opinion that this is mandatory to get a common venture and a perception of everybody’s personal goals and tasks.

The lyceum’s mission is to give their pupils an opportunity to perceive the world around, acknowledge their own talents, grow up both as happy and spiritually mature humans and as active and humane citizens. Each lyceum graduate has to be prepared for living a responsible and independent life and accept the challenges of the modern age.

– We have three key values. They are team work, responsibility and honesty. Teachers and students achieve results in teams and are perfect team players. They are ready to bear responsibility for their actions, realize that the critical part in achieving success depends on themselves. Everyone may directly tell anyone what he dislikes in the behavior or work; what he doesn’t know or can’t do; ask for help; admit a mistake – they explain in the Mustard Seed. 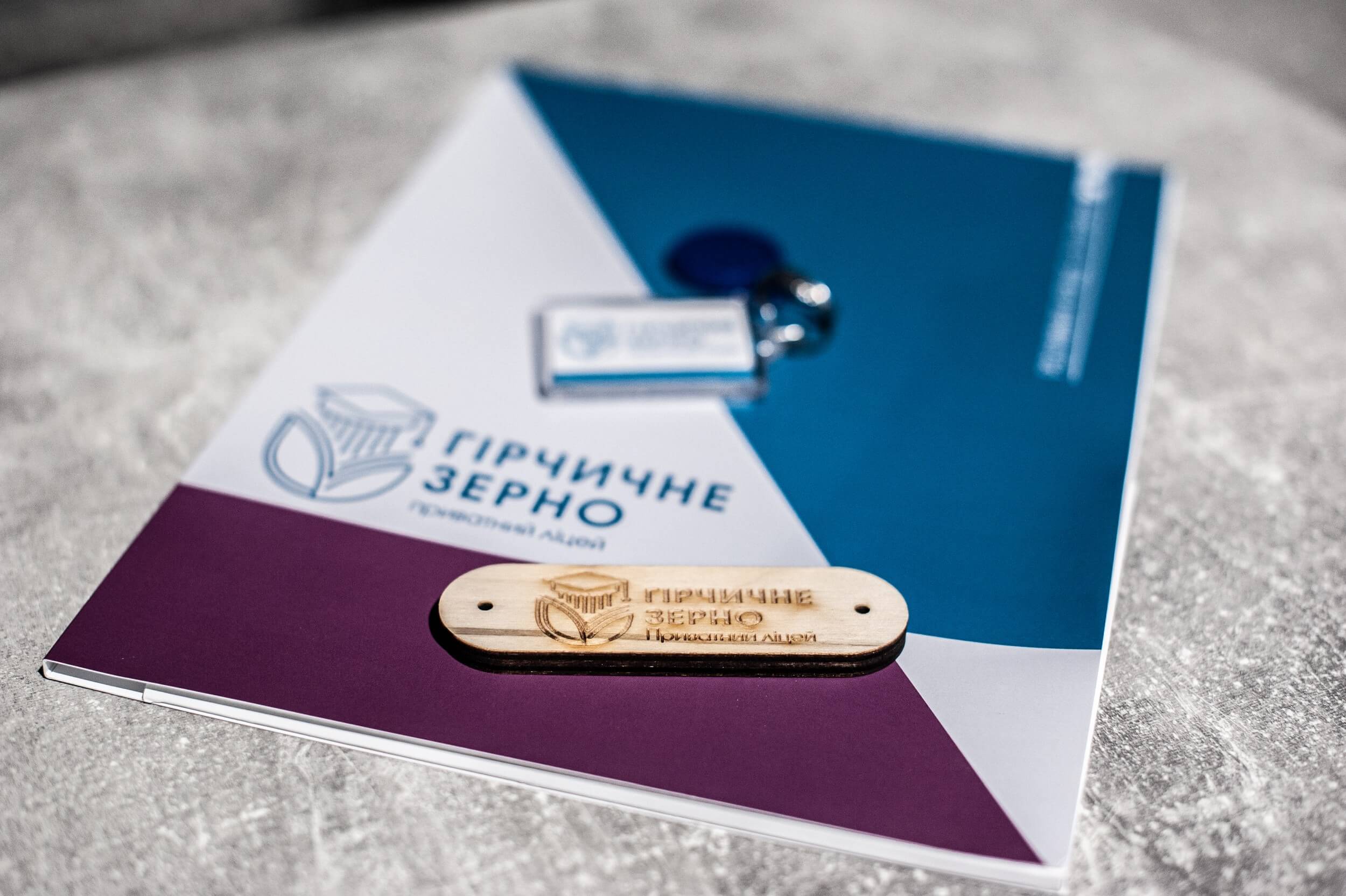 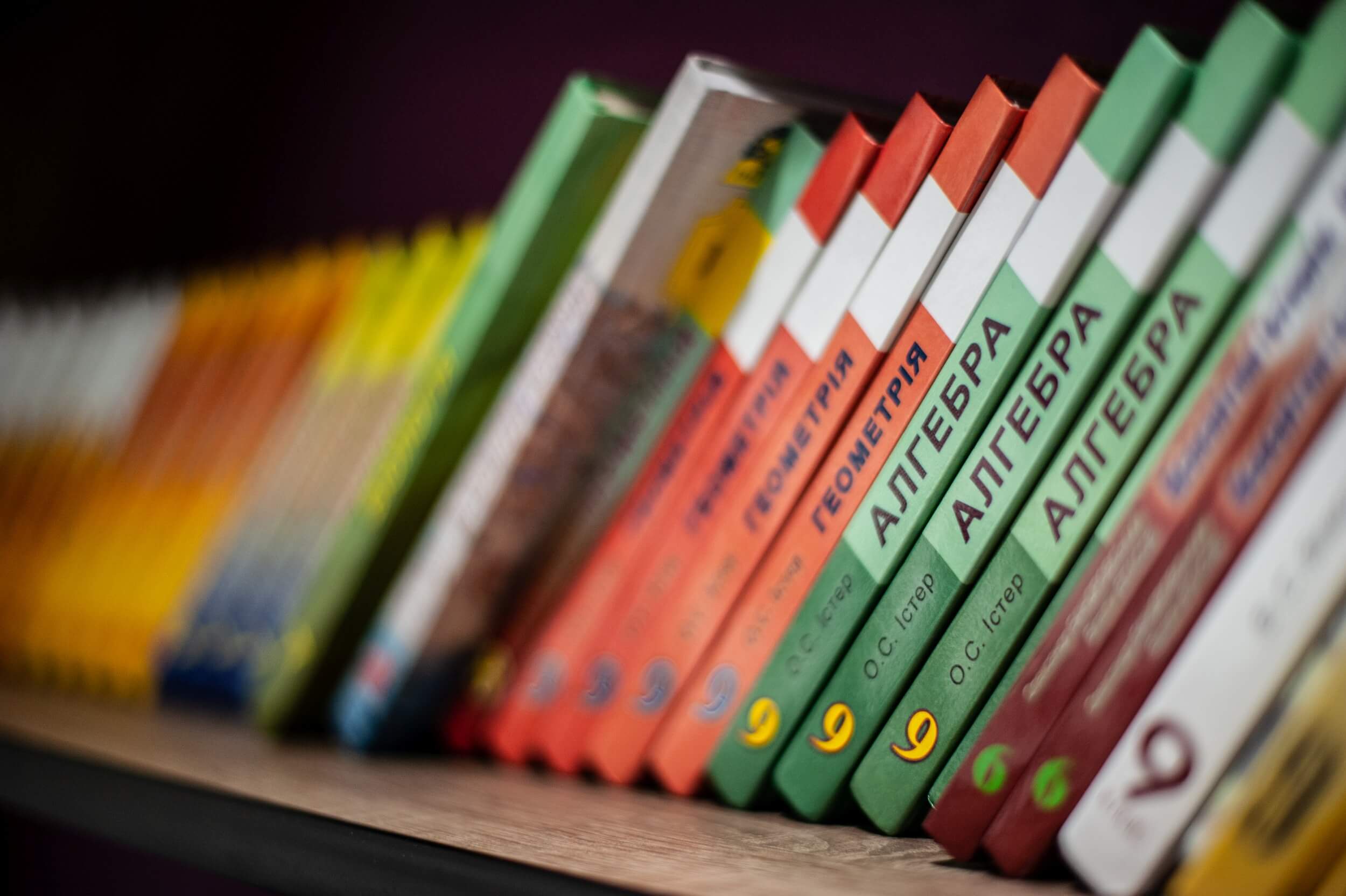 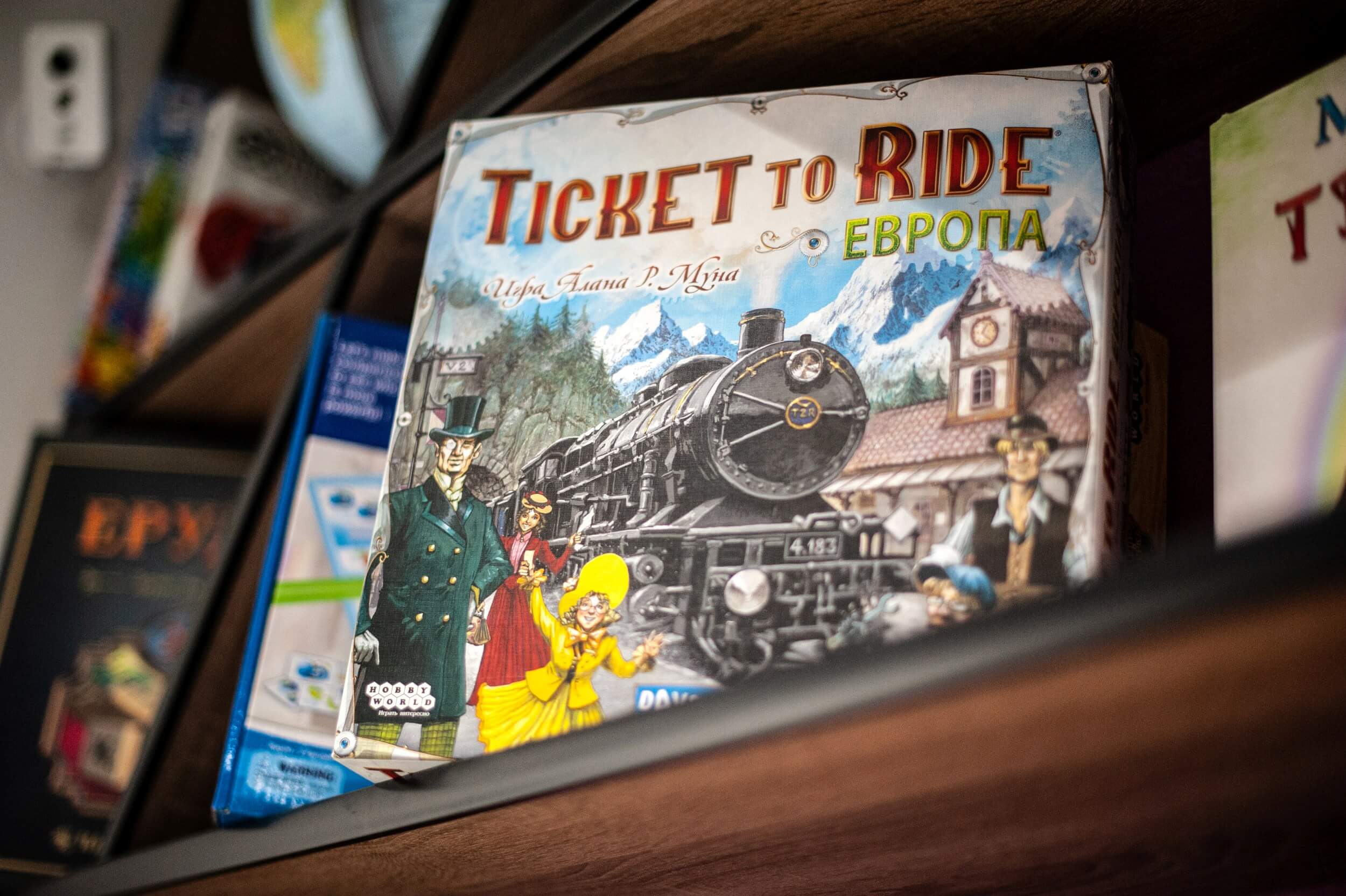 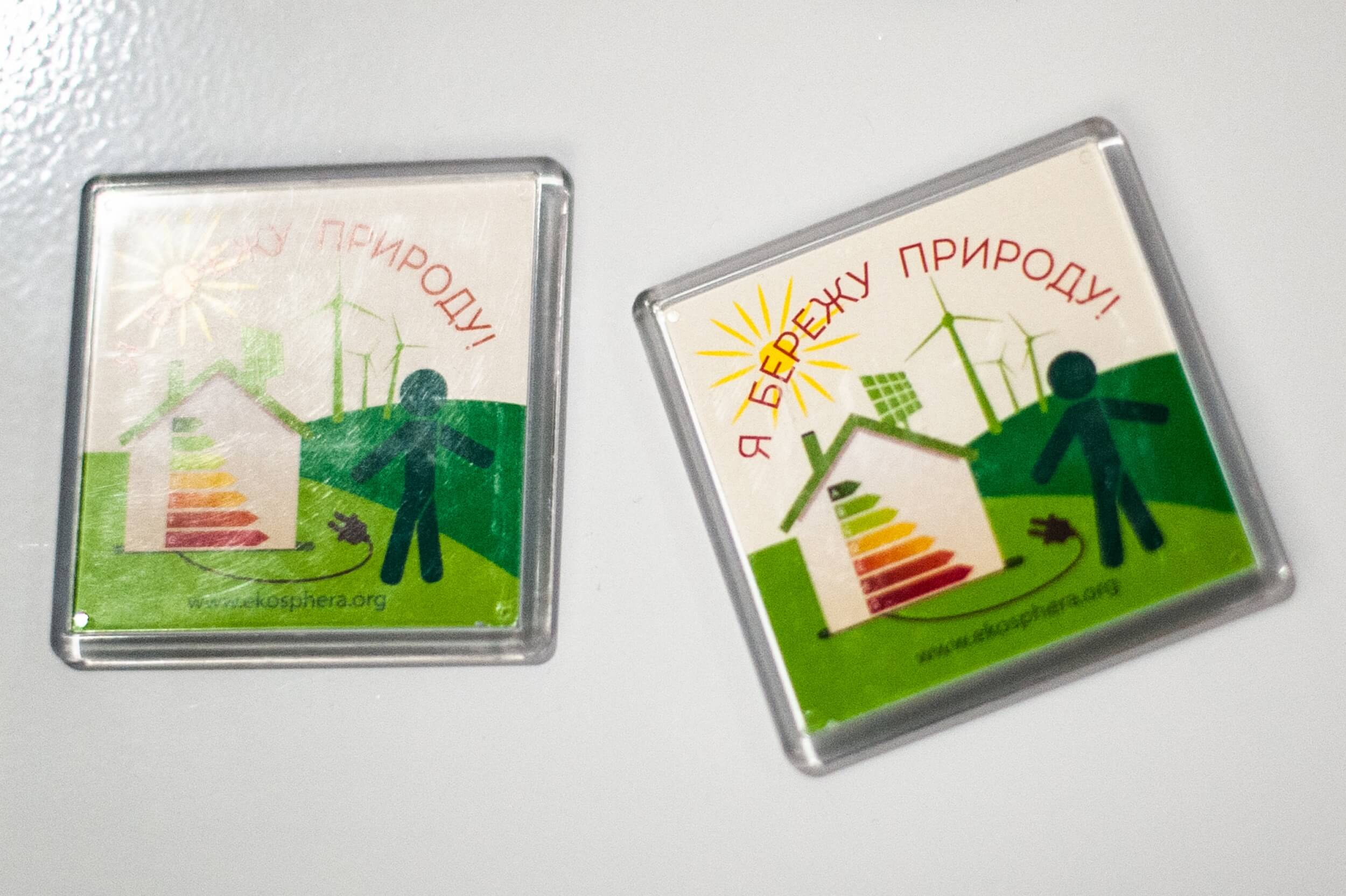 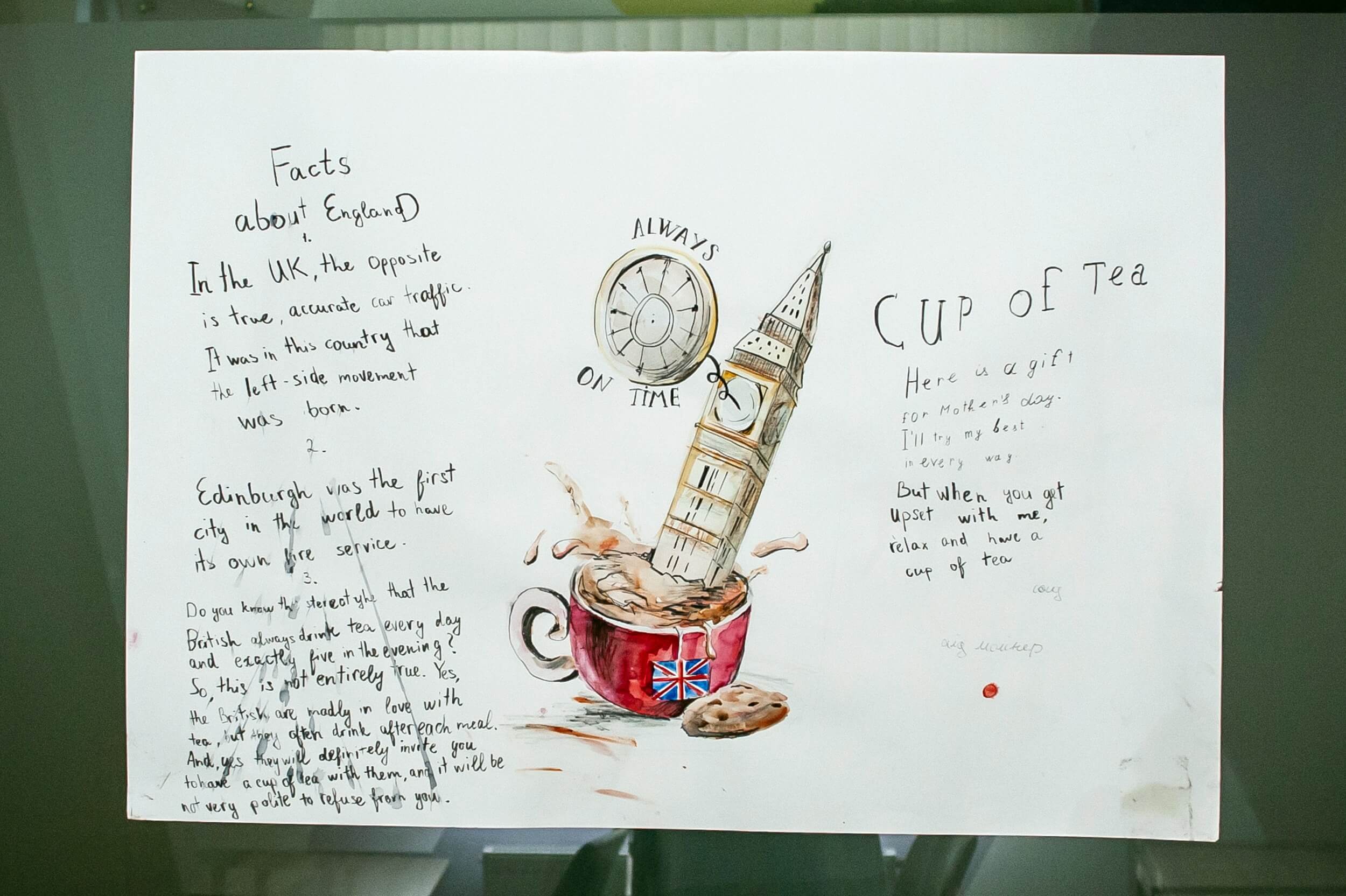 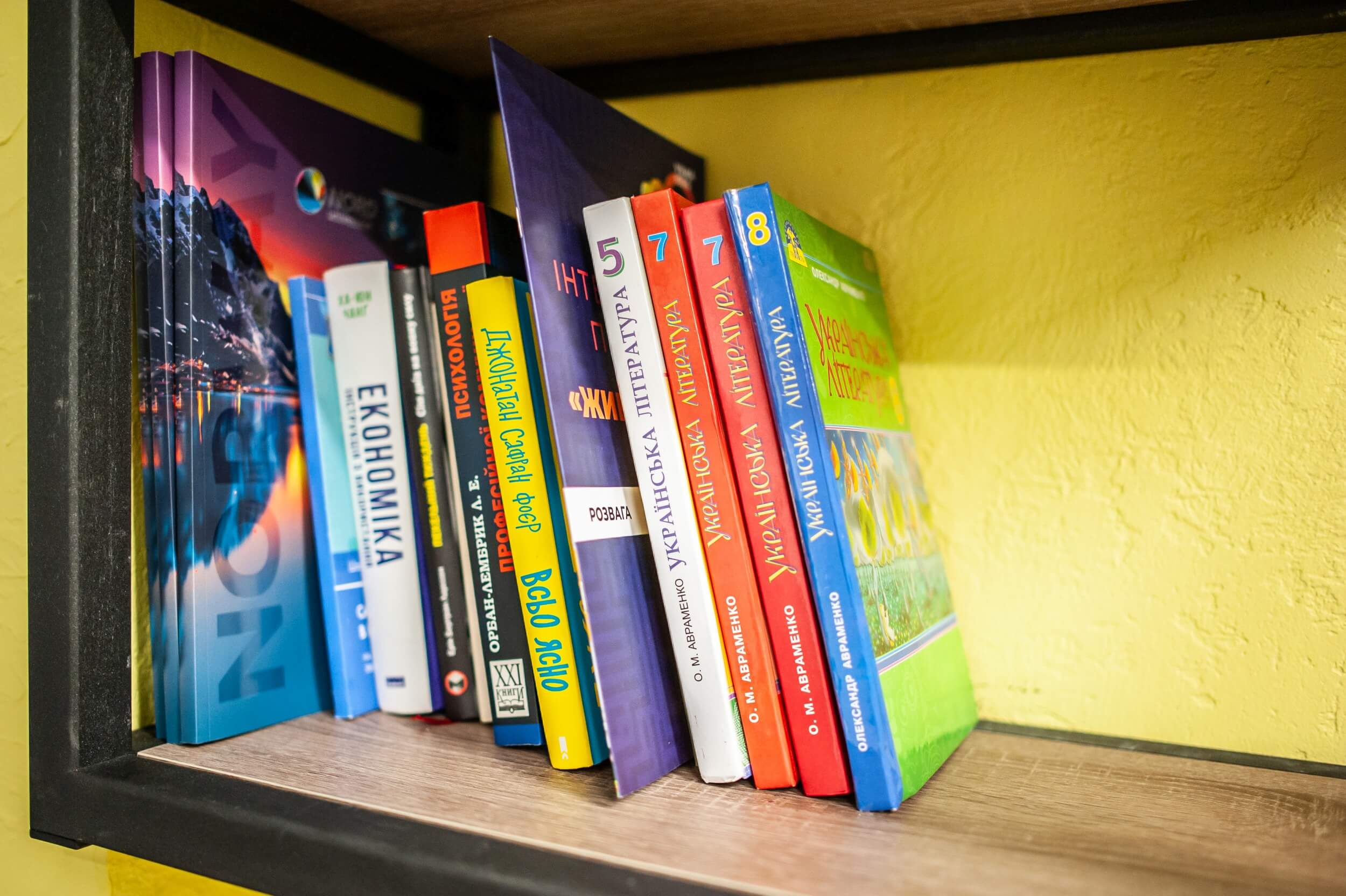 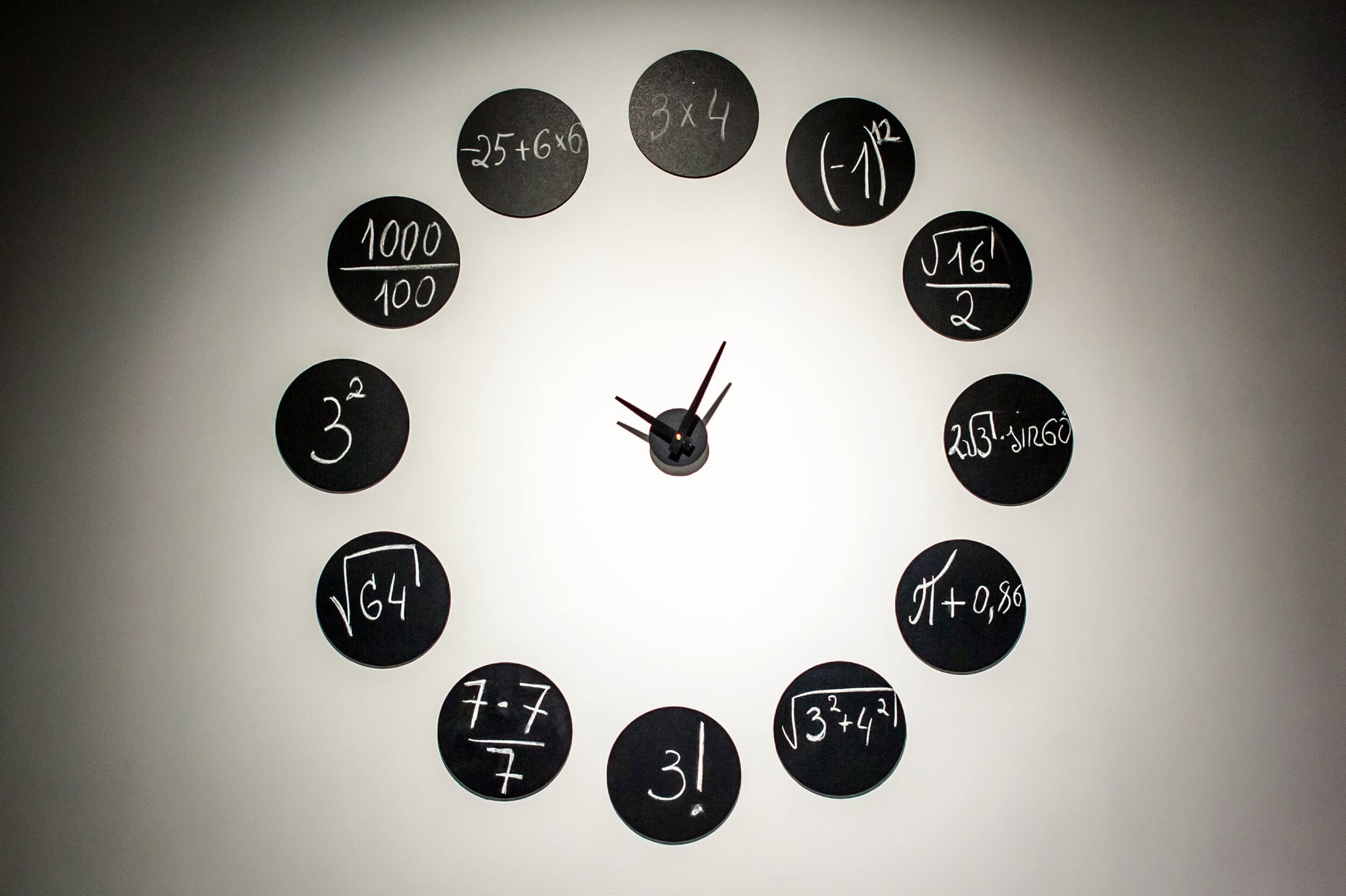 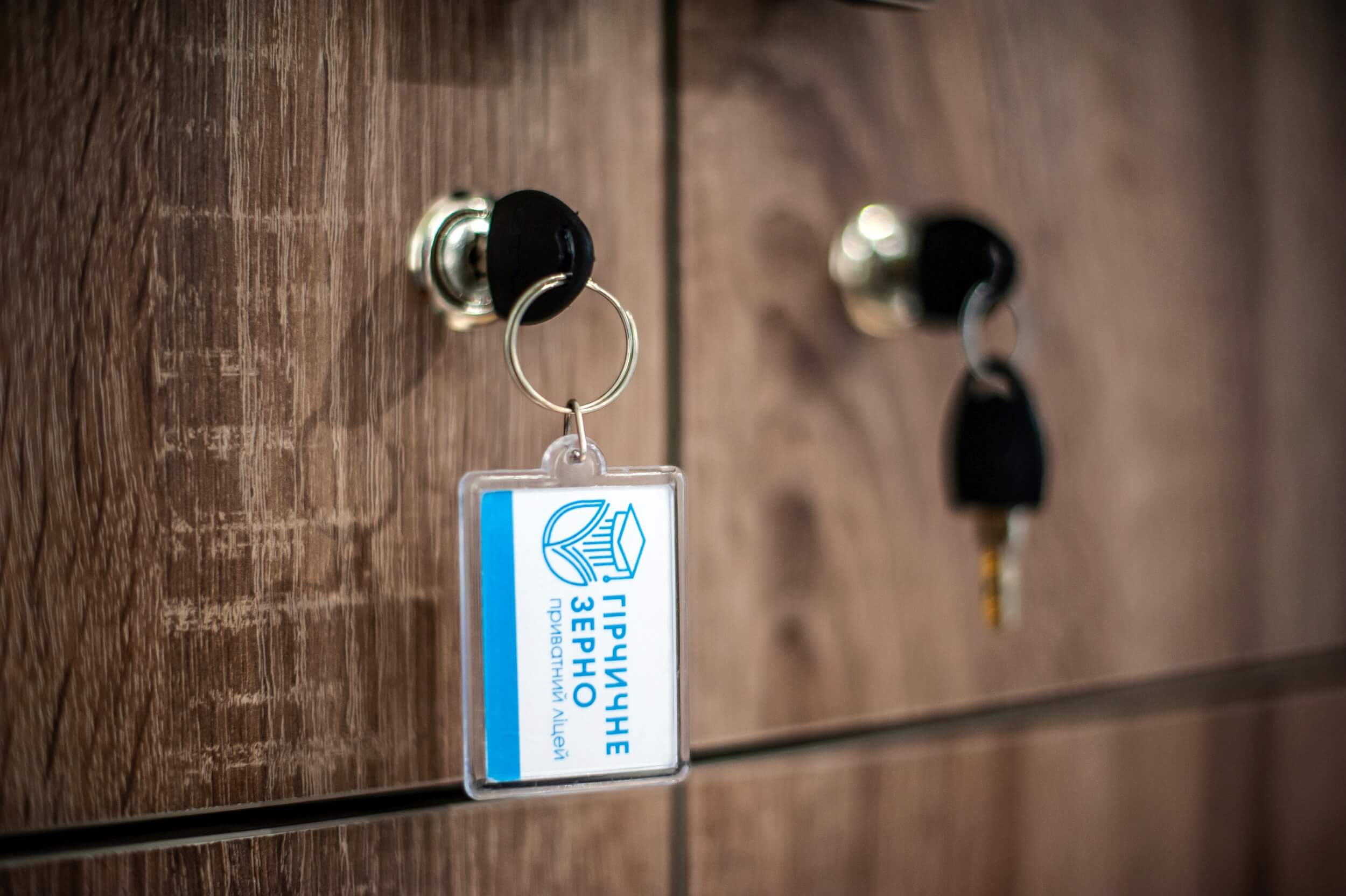 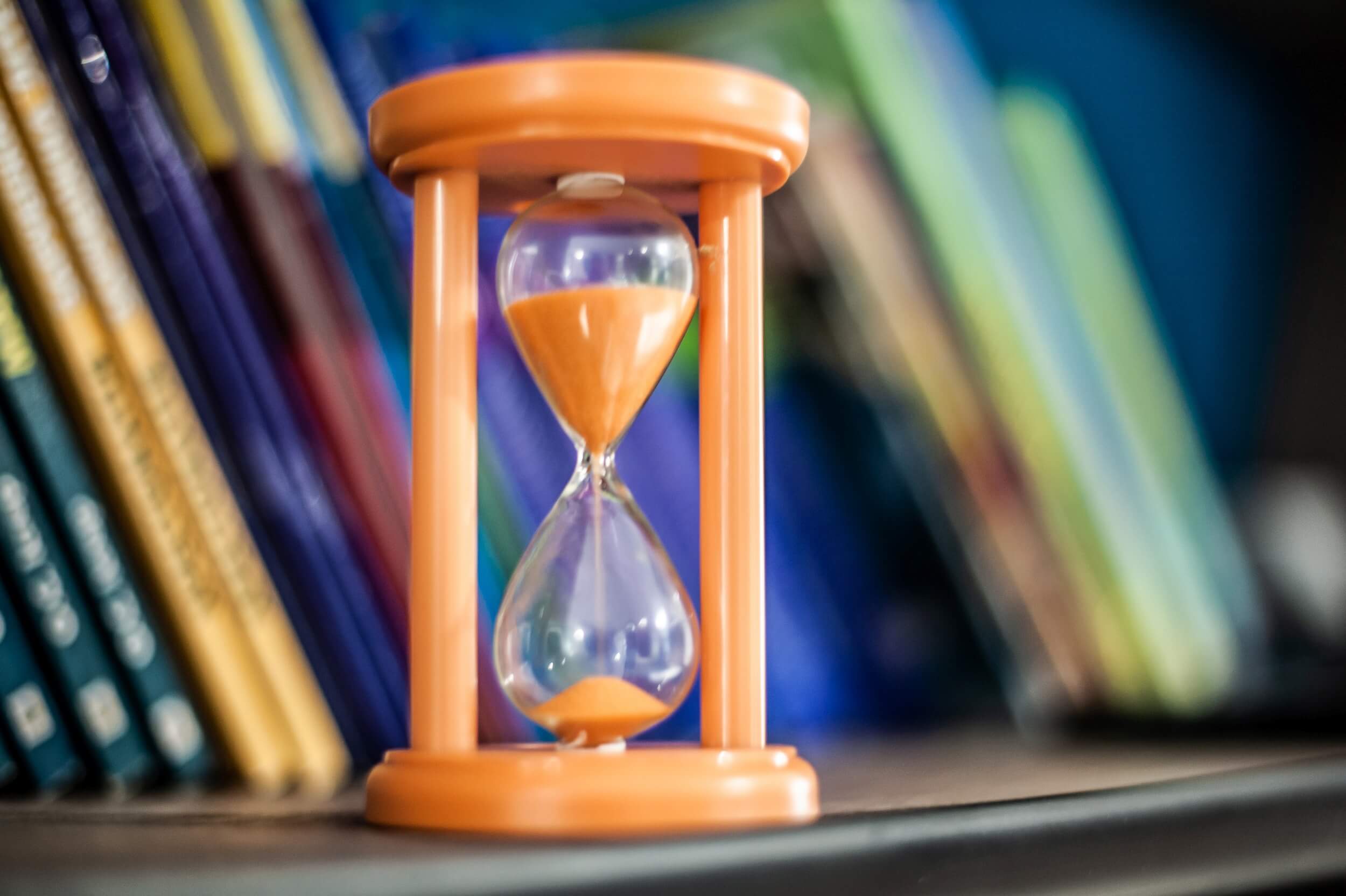 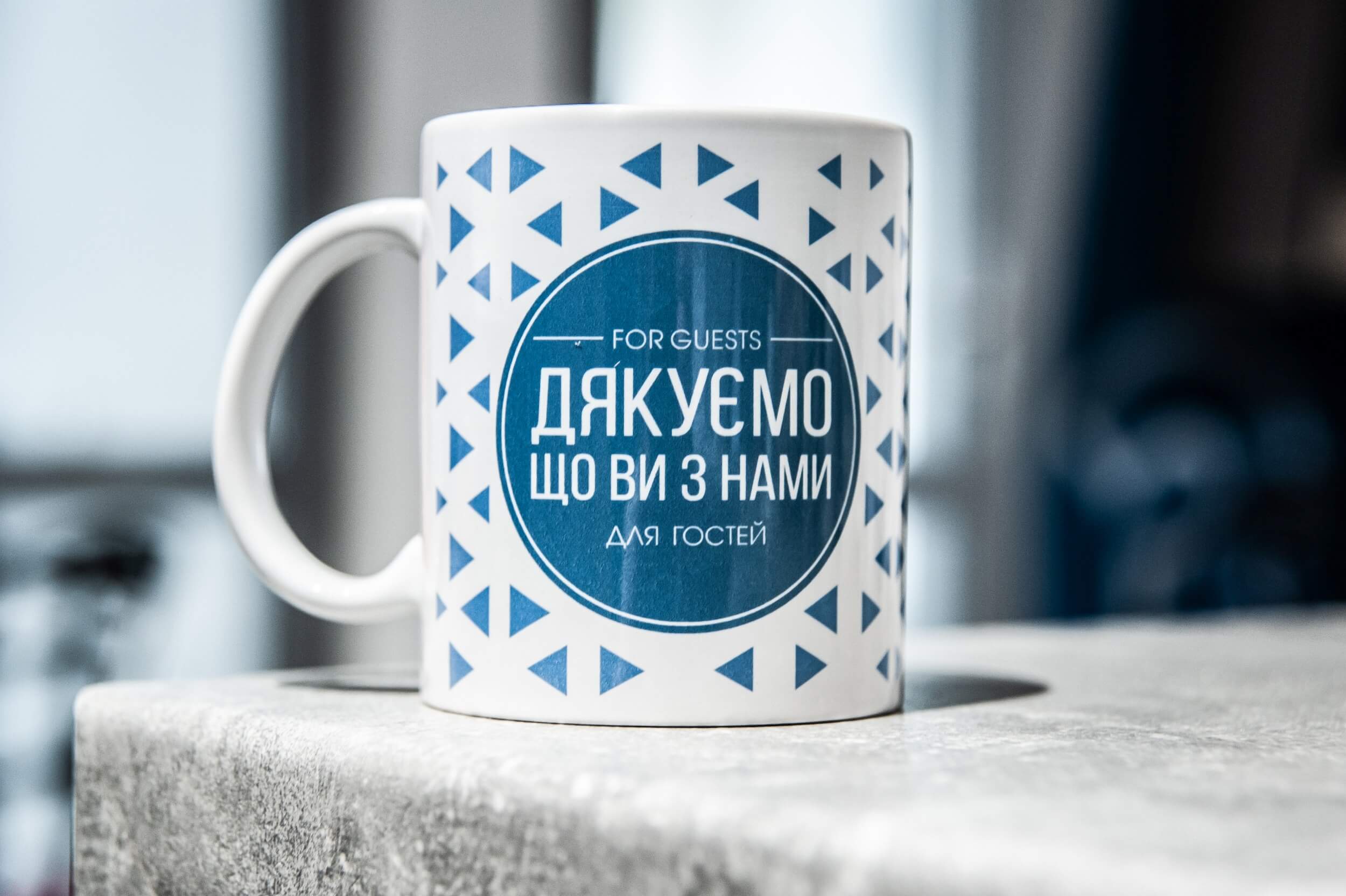 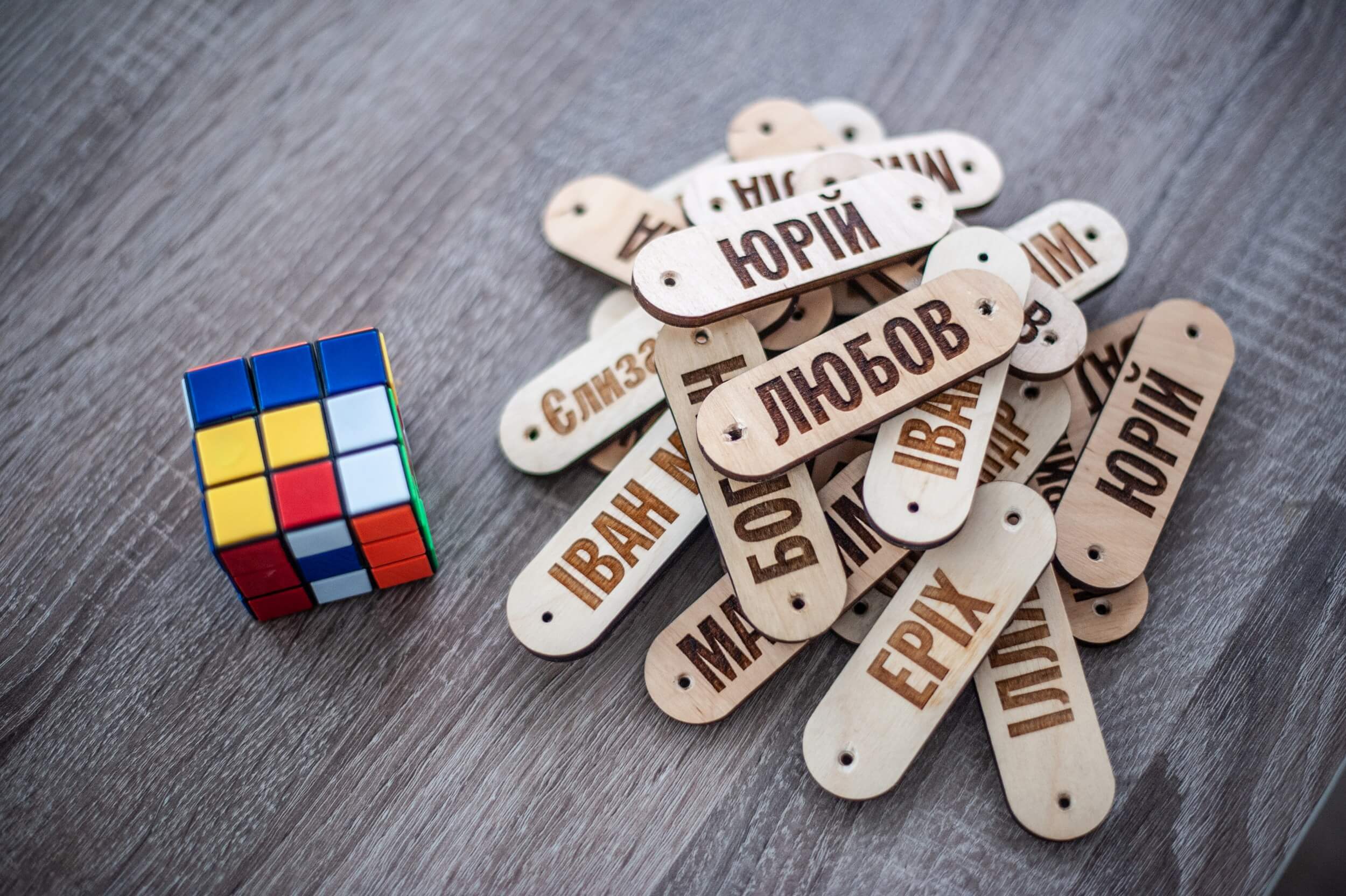 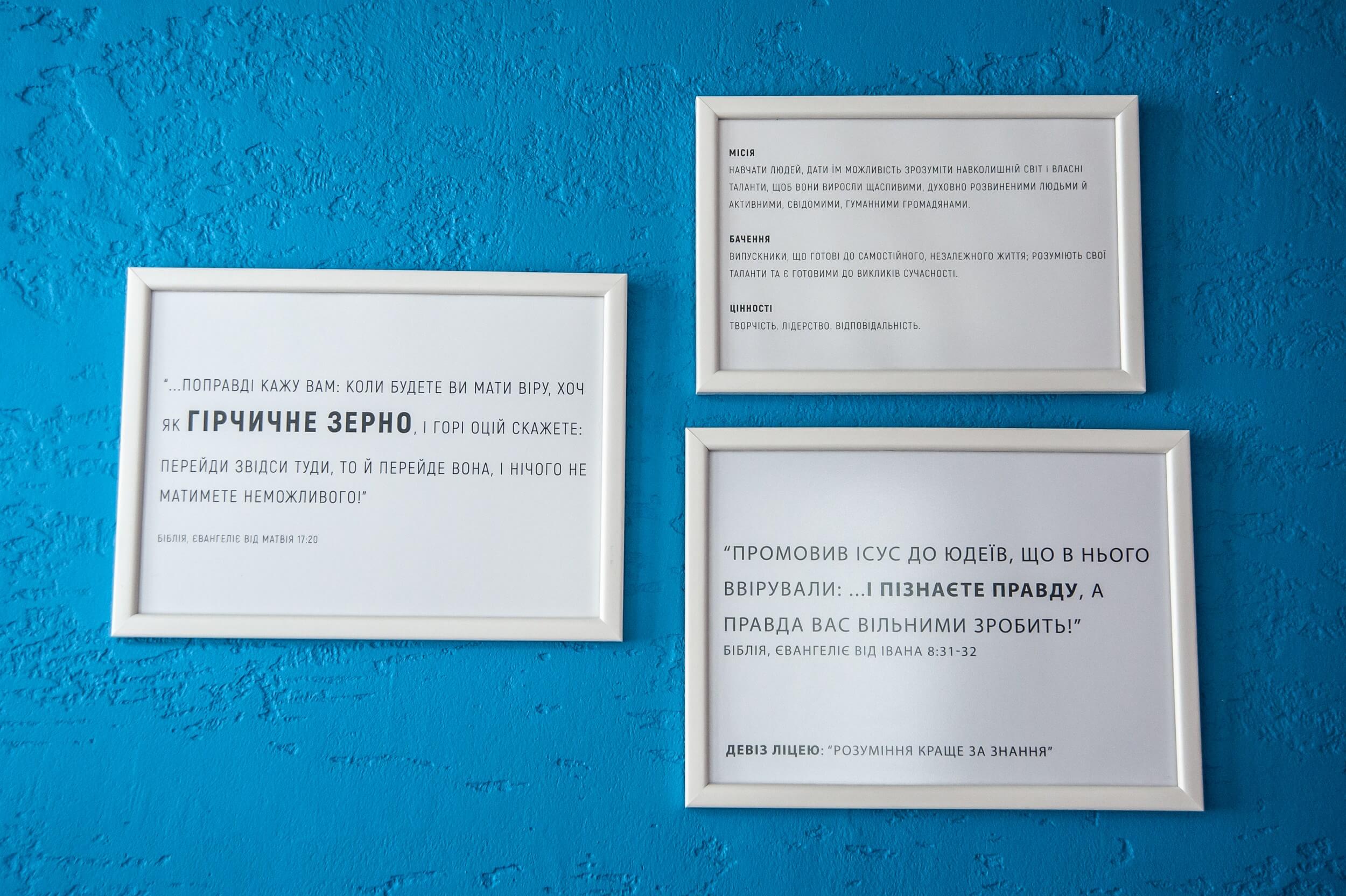 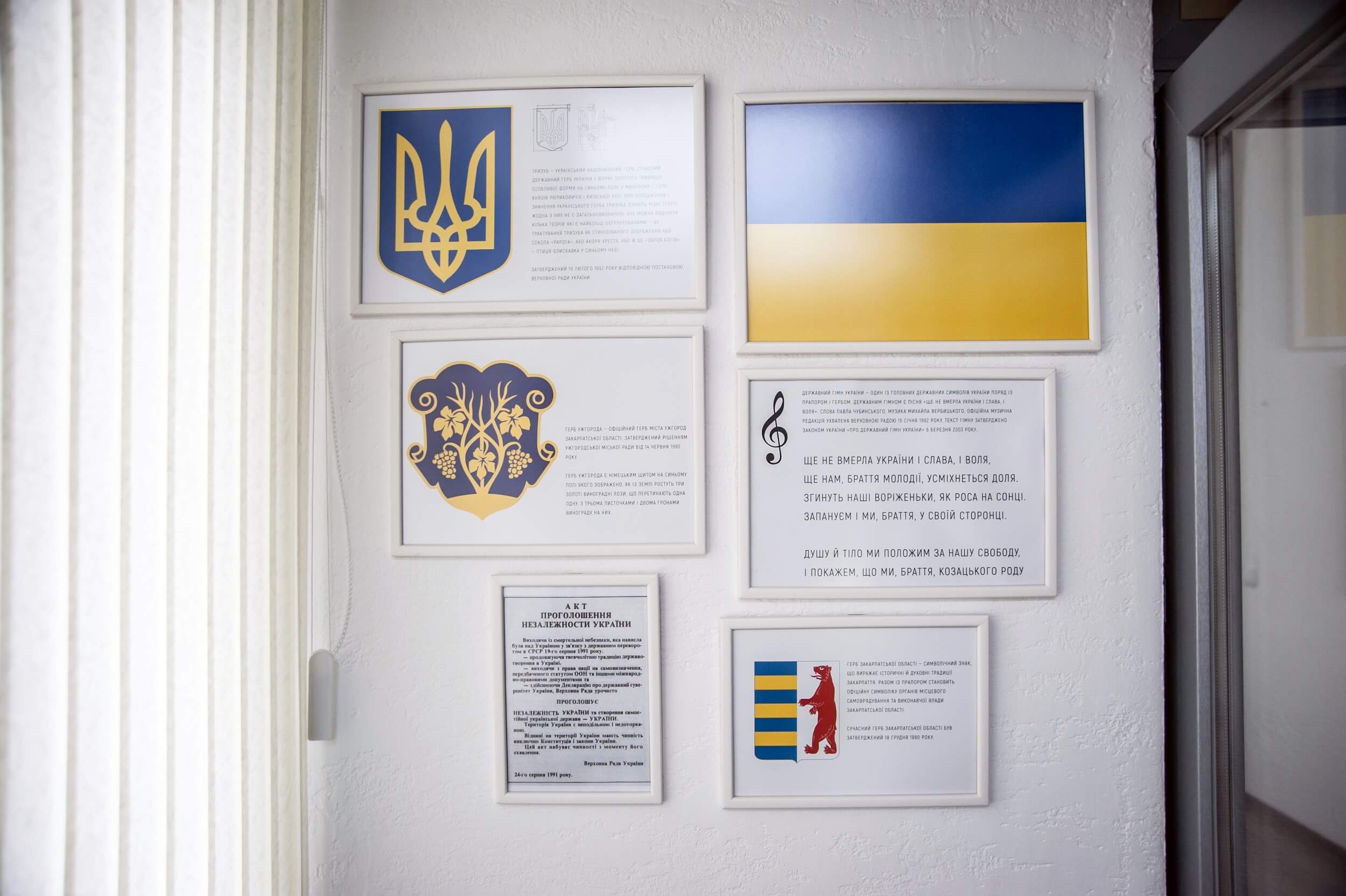 The teacher is an example, a model, a personality trusted by the students.

Provided the teacher learns and makes advance, he will find a way out from any situation. The child sees at once if the teacher reads books. The teacher is an exemplar for children so he must have utmost motivation, be advanced, rouse the child for reading. Boring teaching like “Open up your books, Chapter 20 and read” doesn’t work. We have small classes. And that’s a conscious approach. When you have 35 kids in your class and 45 minutes for a lesson – it’s unreal, even for a most experienced pedagogue , – Ferentz Milio thinks.

Currently the lyceum numbers 40 kids ranging from Class 5 to 10. They are taught by 20 subject teachers. Each lesson lasts for 45 minutes.

A child can only speak up when there is a teacher close by, letting him/her do it, and there is assurance that your thoughts will be heard. Our teachers let their students make mistakes. There is no big deal if the idea may appear wrong, it’s quite normal. The main thing is not to be scared to speak it aloud, have no fear to be mistaken. You don’t know it? Then ask a question. Still don’t get it? Ask again. Didn’t get anyway? Ask as long as you get it straight. It’s a common formula, and our teachers are open for it, – says Deputy Director. 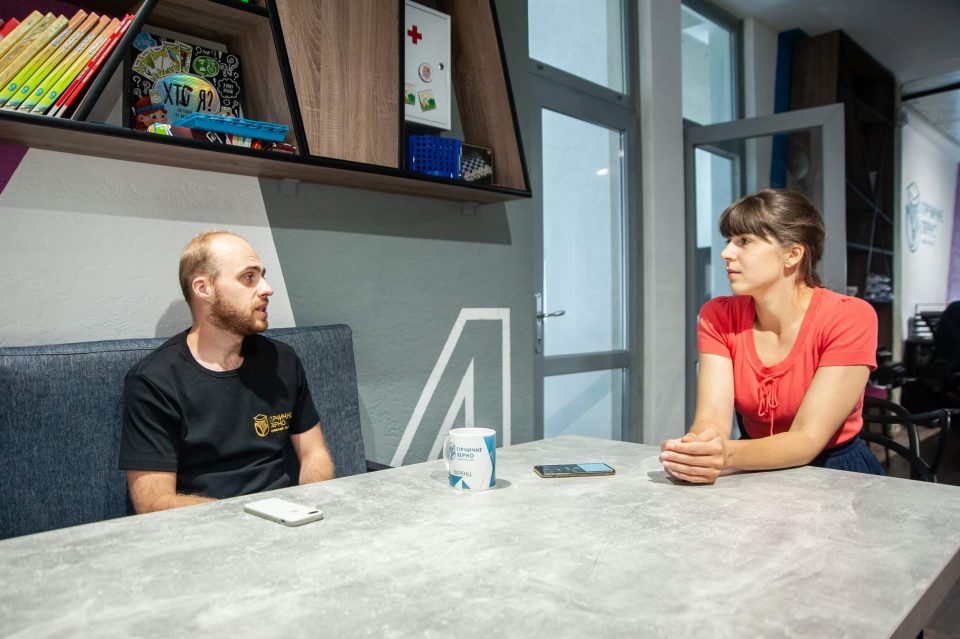 The subjects that get a flippant attitude in common schools or not included in the study plan gain popularity in the lyceum. For example, such as financial literacy. It is even united here with labor training, and the subject got the name Business.

– Our students learn to operate money, earn it, create profitable projects. They have to learn to raise money for themselves after leaving from school. And certainly, such a subject cannot be taught an academician that has not yet built any business and, respectively, has no idea how the theory works in real life. That’s why it is essential that the educational system should have practical specialists. Then students get interested, – the lyceum teaching staff are assured.

The next least popular subject that gets emphasized in the Mustard Seed is ethics. They consider here in the lyceum that it is crucial to have skills in behaving oneself in public settings, in business: when it is time to say something and when it’s better to stay quiet, what is the proper way of behaving in definite events. The students write essays, commented compositions, critical feedback for a book in ethics they have read.

Another discipline seldom to come across in a common school is a public speech.

– In adult life the ability to present oneself is very important. To develop it, you shouldn’t be scared. Like it often happens: a child has studied for 11 years at school, studied English a few times a week, passed EIT with an excellent grade but still cannot say a word in English. Why so? The reason is the fear. We try to overcome such complexes, doing it easily, effortlessly and even without the child ever noticing it, – Ferentz says.

There is such a concept in the lyceum as mentorship. Each teacher has a mentor to communicate monthly. At the beginning of an academic year, they compile a road map of personal growth for the teacher to work with, involving key goals and short-term tasks. Students in Class 9 and 10 also have a mentor each: the girls have their own one, the same with boys. 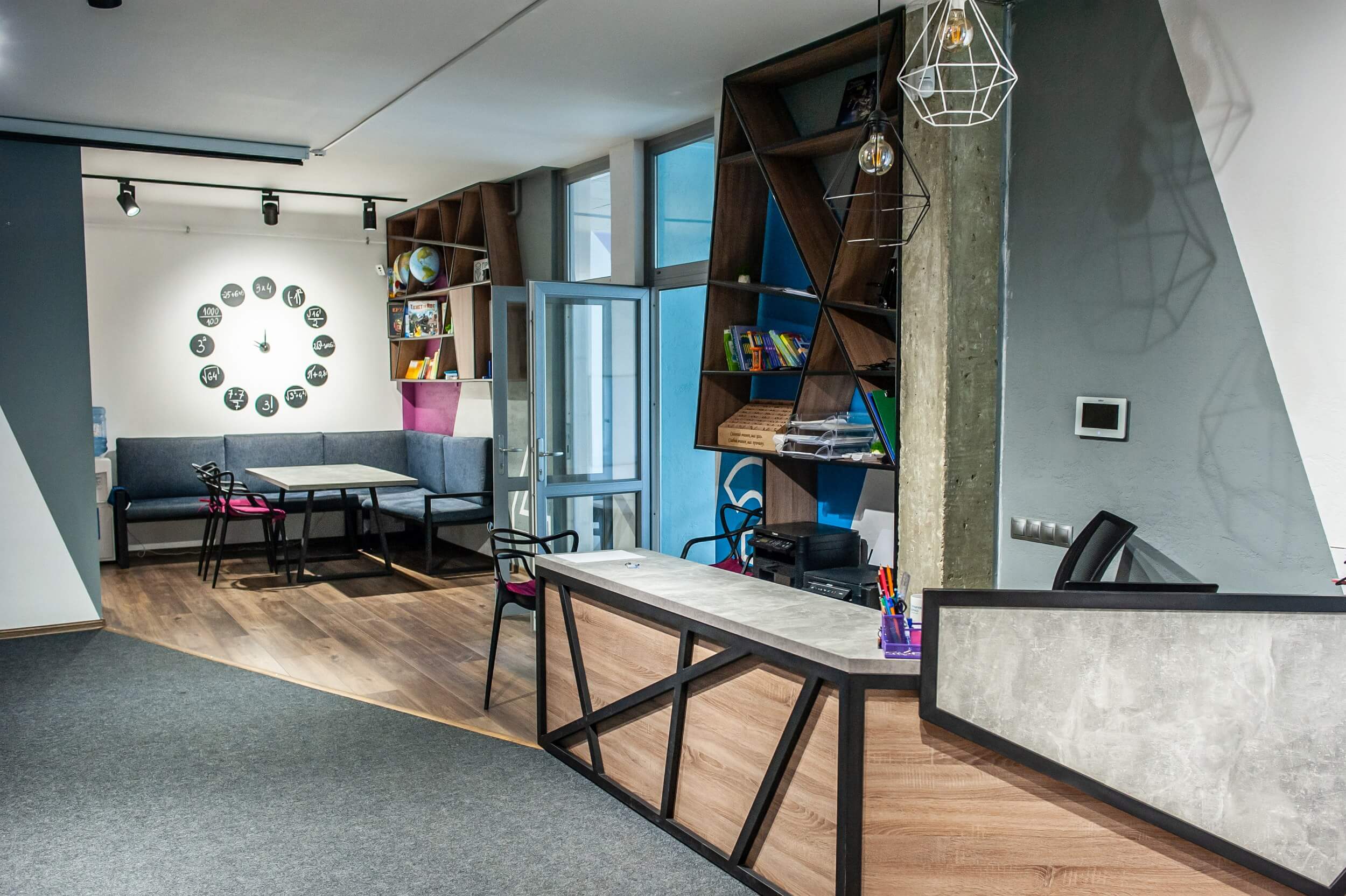 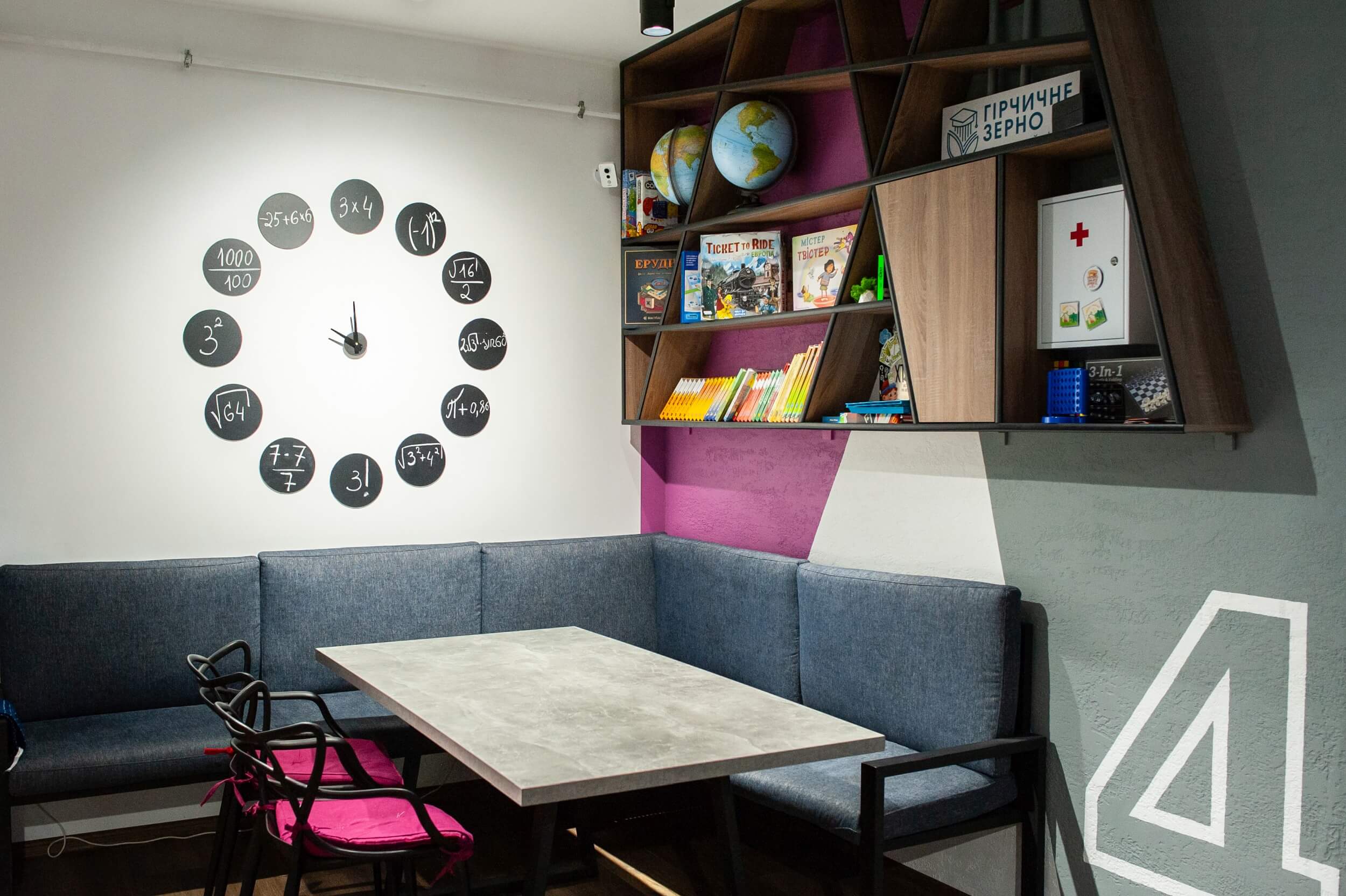 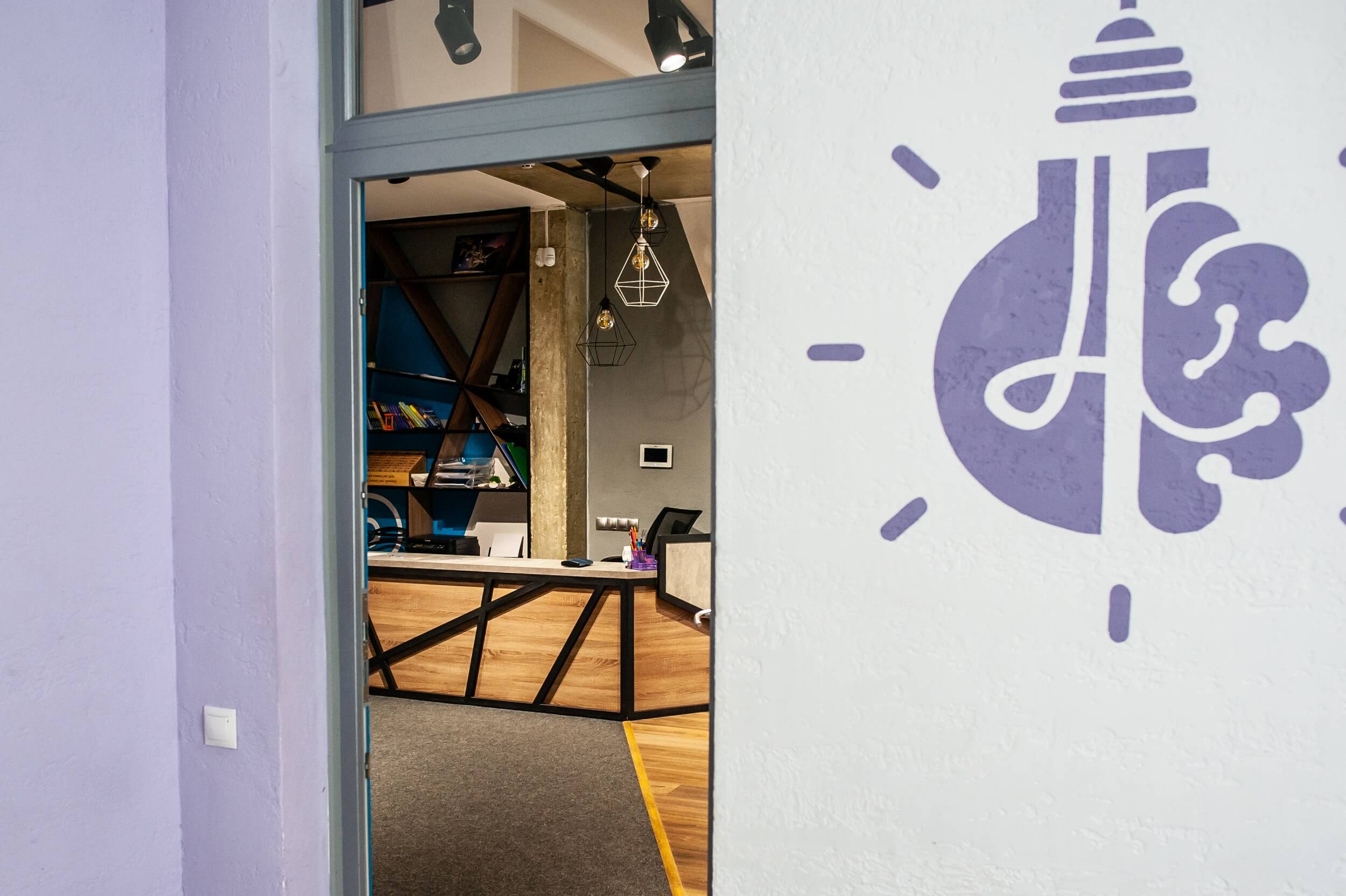 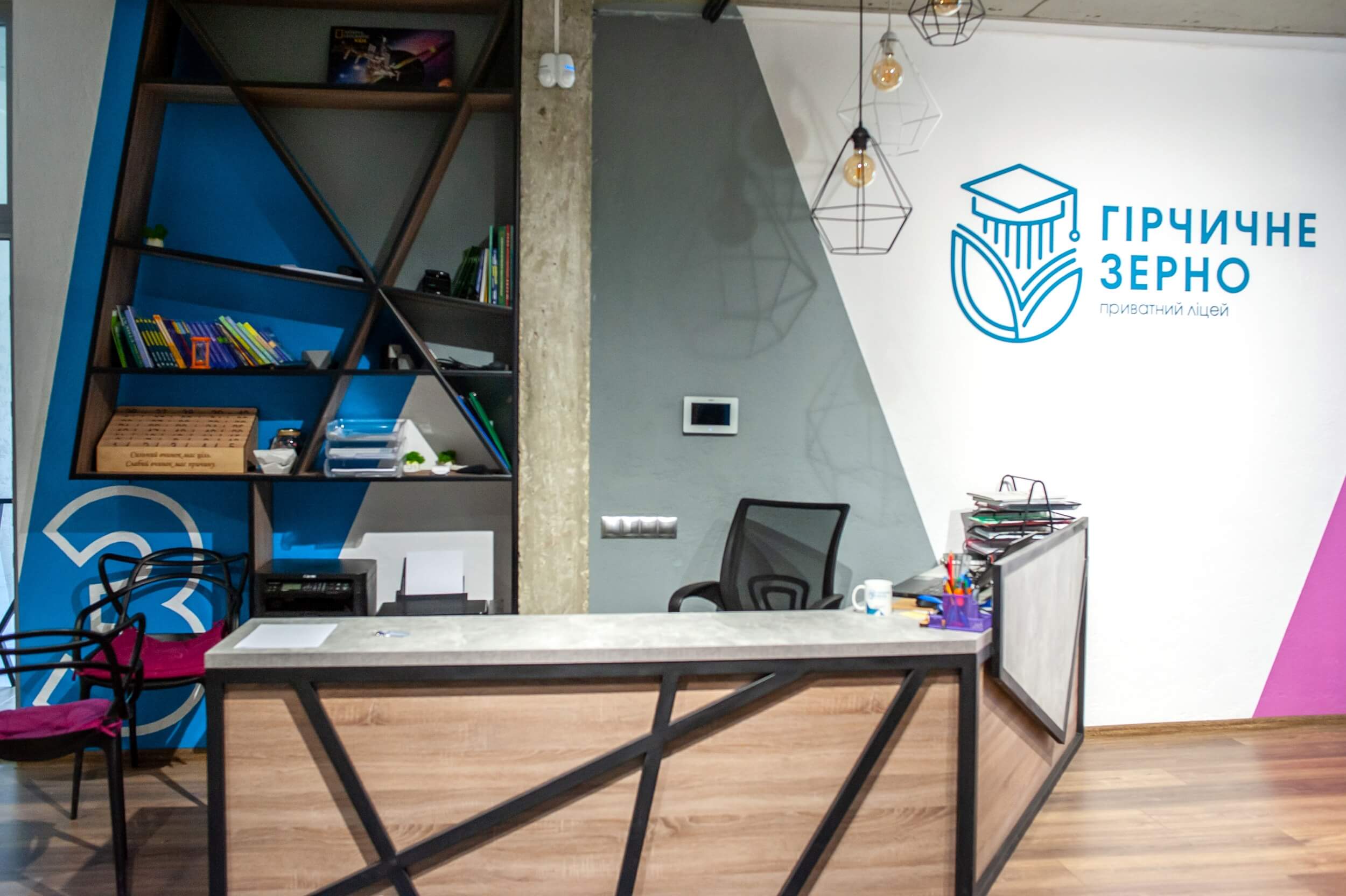 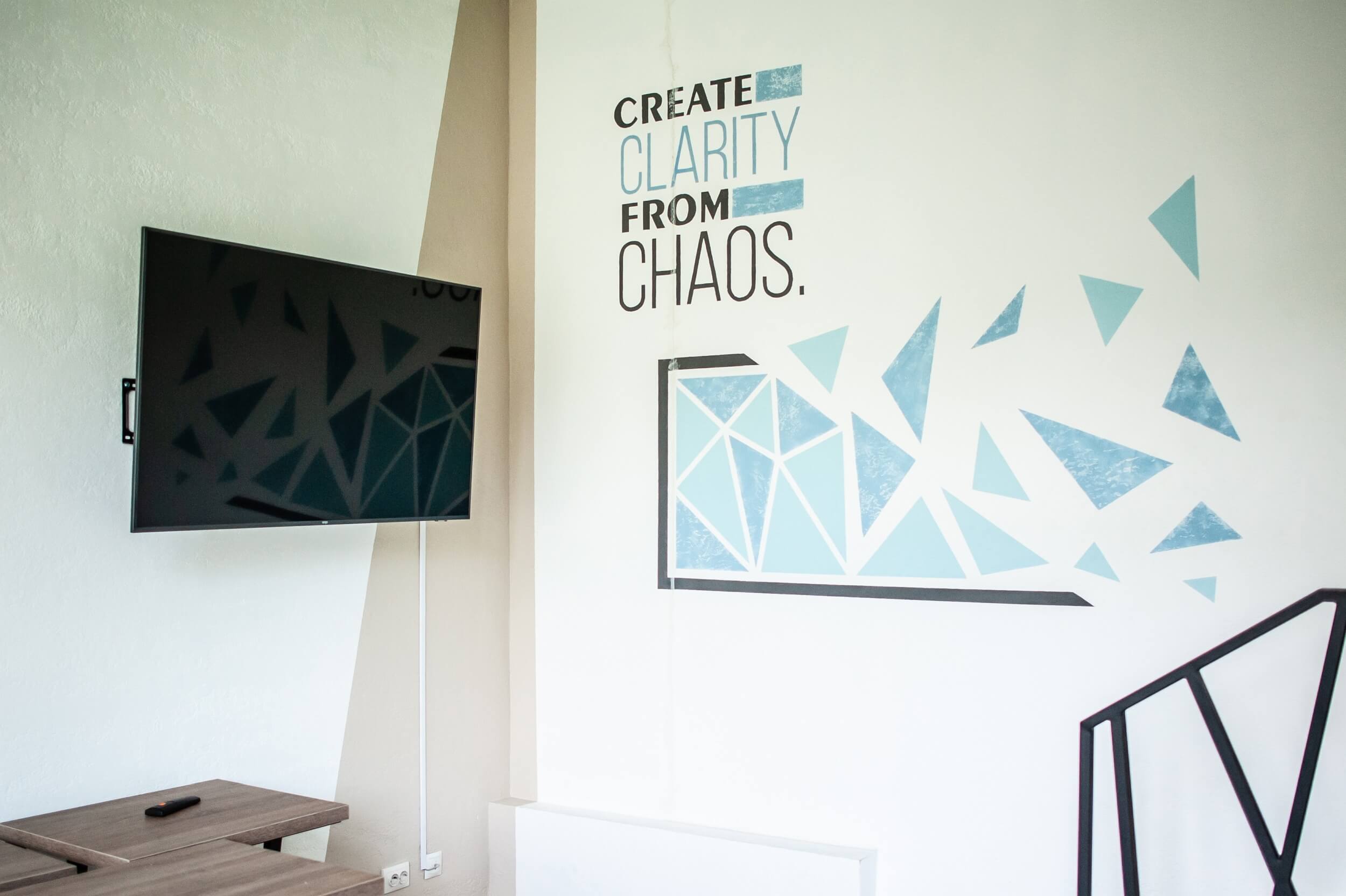 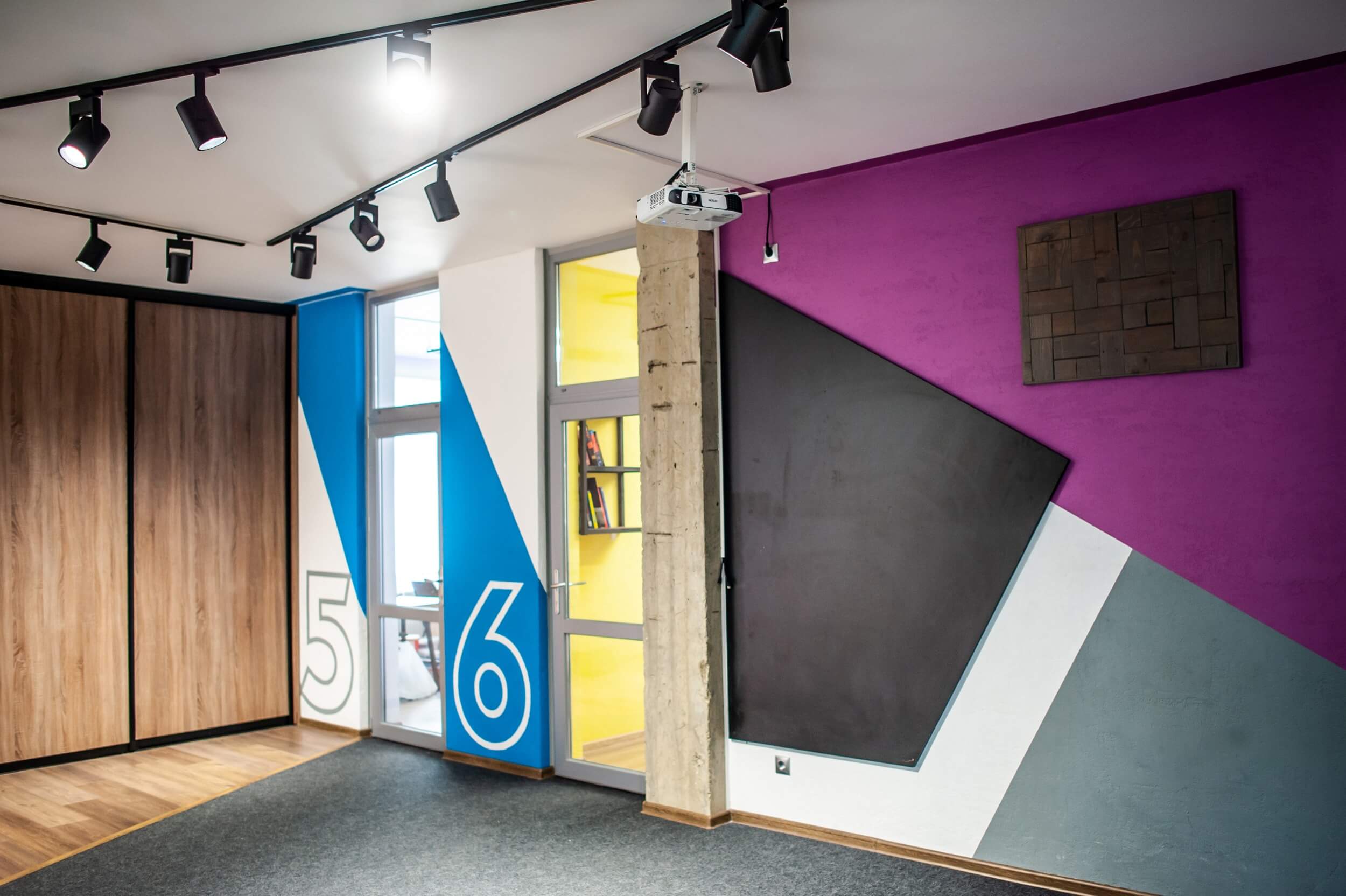 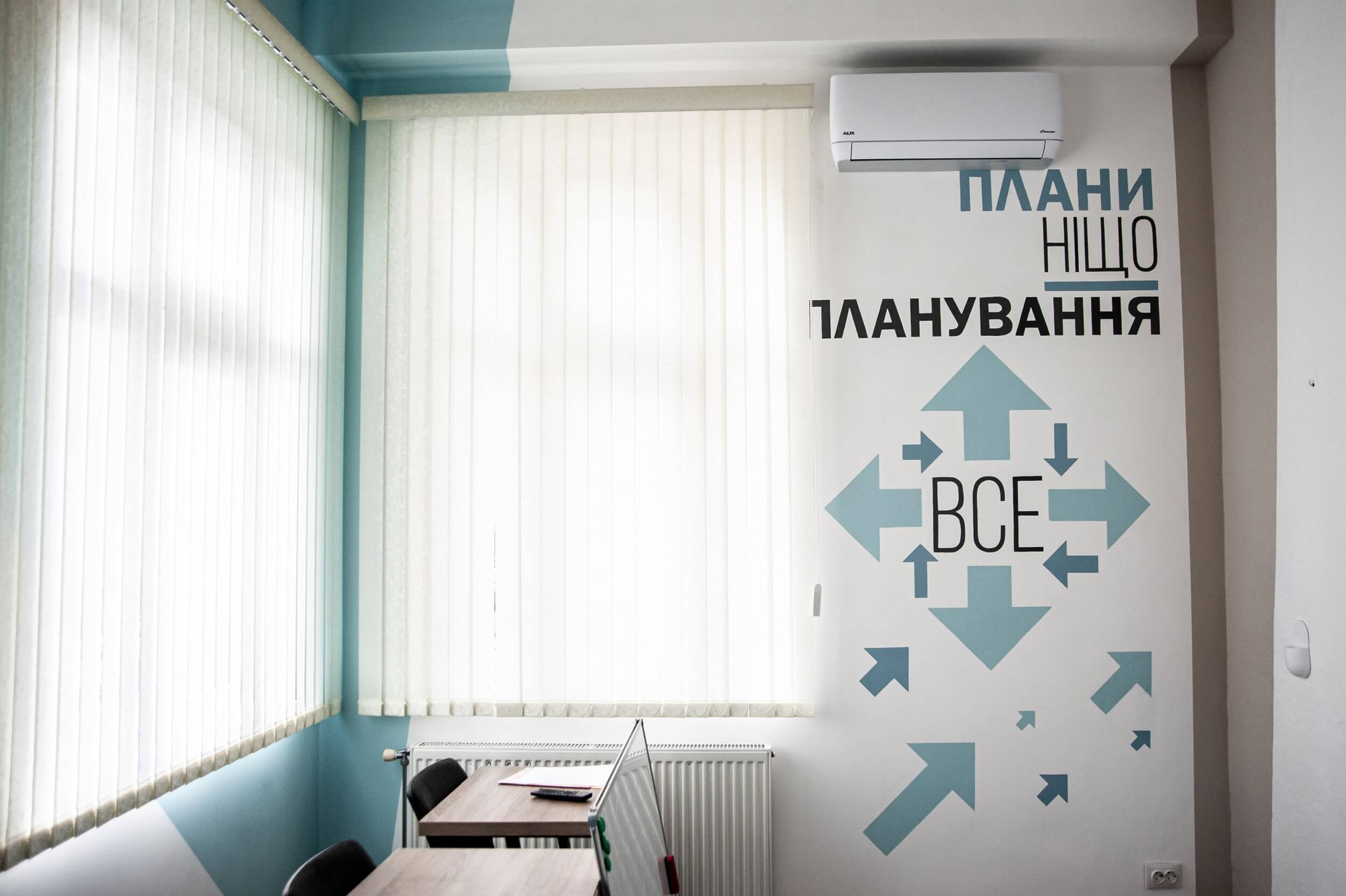 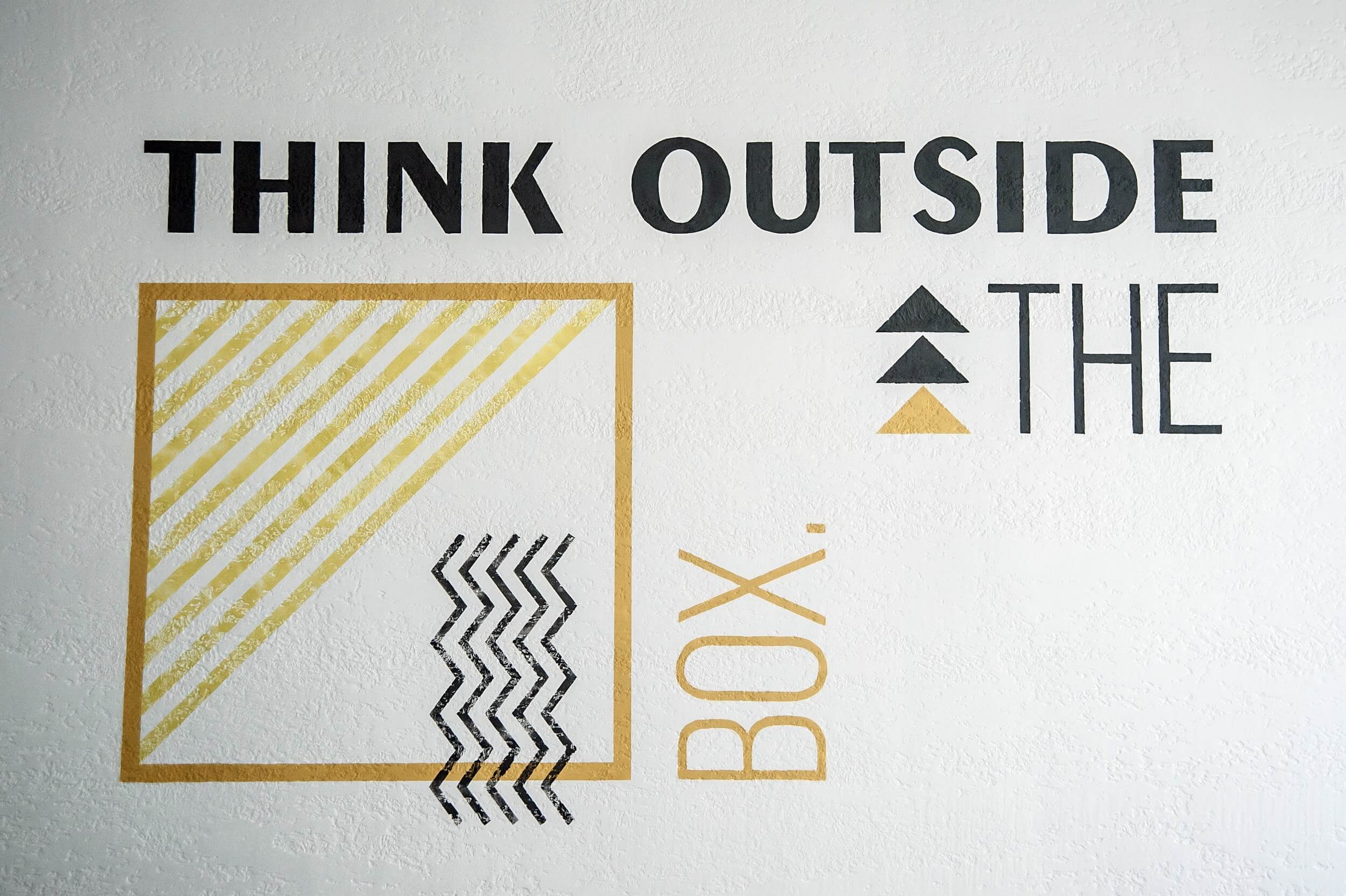 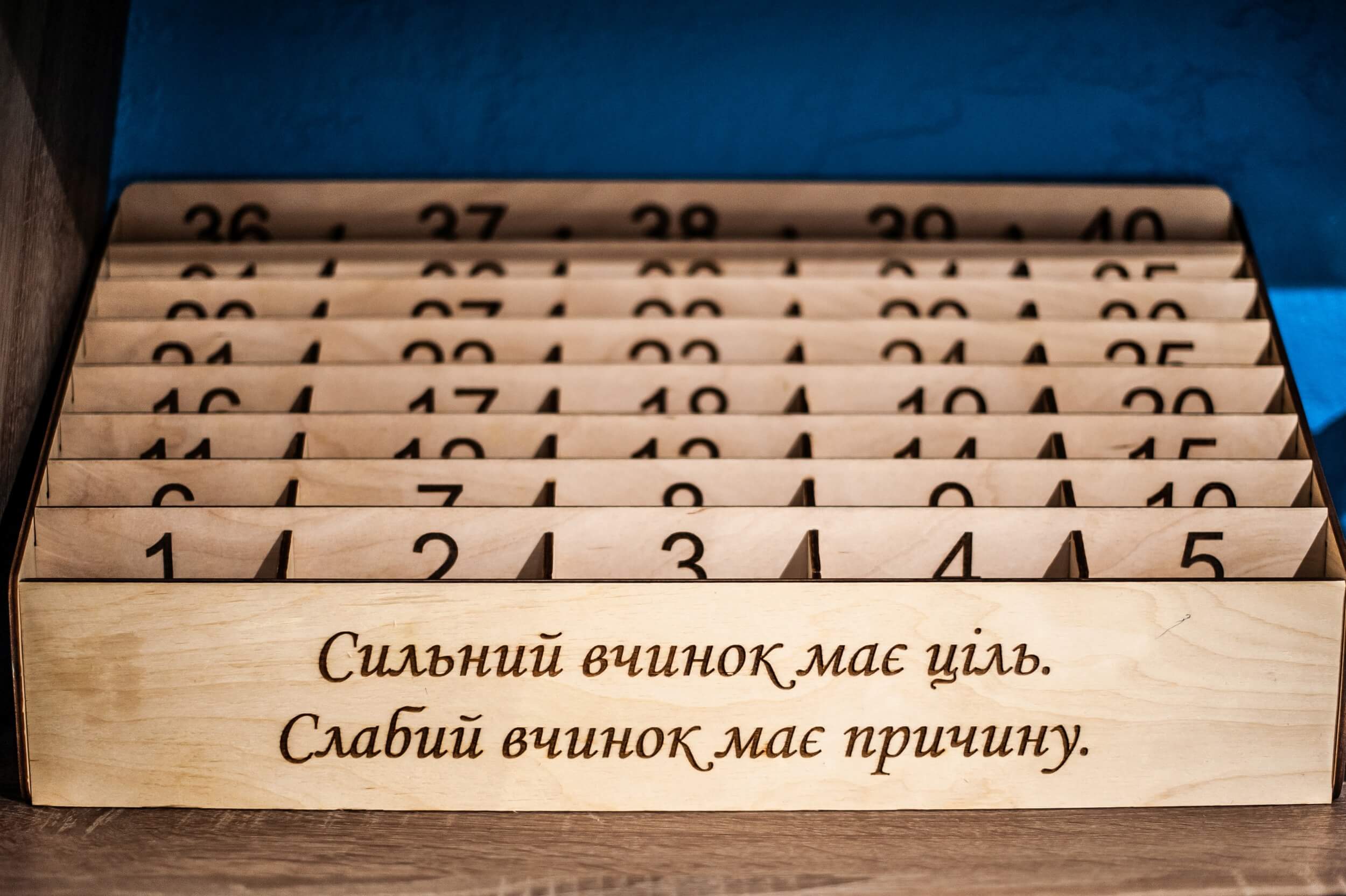 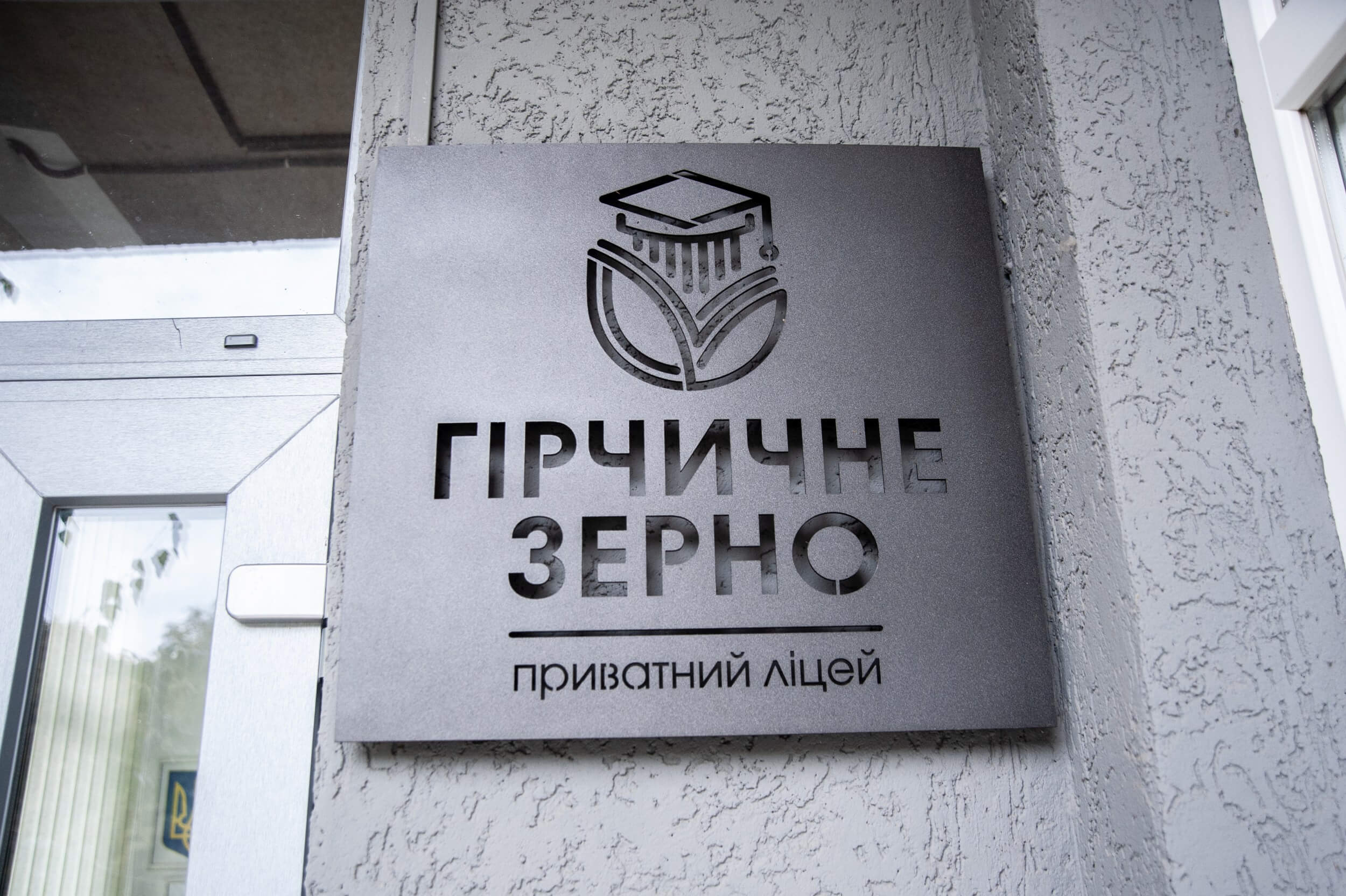 A school is not just a building and study plans but students and teachers. Searching the latter became a true challenge for the lyceum founders, for their task consisted in finding black swans among experienced teachers or talented graduates from the local university.

– It is crucial for us that the teacher should realize that he has to learn constantly, to know his subject fundamentally, that he should understand that his mission is to teach kids; and that he is to share our philosophy. For historical reasons, it is mostly young people that joined our team. At the same time, we are happy that we have managed to keep them in their native city and in their favorite profession, – they say in the lyceum.

They agree in the lyceum that every teacher must know his subject well, and the students are taught that they don’t have to be “universal soldiers”, for everyone has their strong points. It is essential to realize them, accept them and develop them. 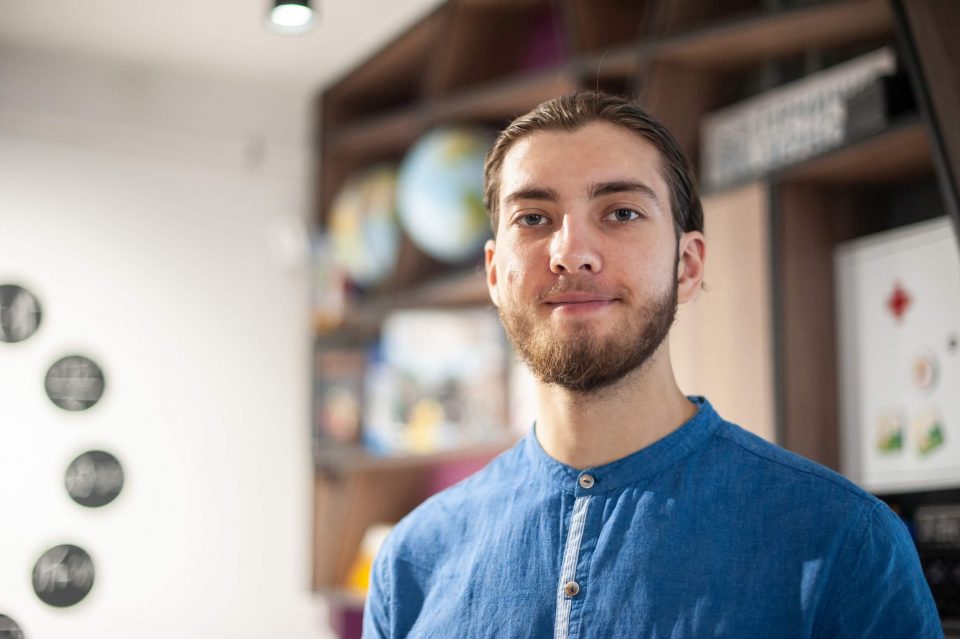 I had no teaching experience at all before I started working in the lyceum. I graduated from the Uzhhorod National University but I never considered an opportunity to become a teacher. It is very important for me that I should feel a different attitude to my subject from my students as compared to what we had in my own school. When the students get really useful information and actual knowledge, they get a different attitude to the discipline. My greatest personal challenge was to study so much during this yea. My target for the next academic year is to compile my own customized study plan. And I am also planning to teach Computer Studies in Classes 5 and 1o in English.

– Yet at our first interview we tell the student that studying is his own responsibility, for it’s not us who can teach but he himself who can learn. Once the child is not motivated, he cannot be taught by even the best teacher. It is also important what part can be taken in the studies and child’s growth by his parents. But not in the common sense of the word, simply by making the home assignments for their children. We are strongly against doing such favors, as well as using the books with ready-made home tasks. We warn the parents at once that it’s prohibited. Otherwise the child just pretends to study, and the parents pretend they believe it. And on the whole school creates an illusion to teach, – the lyceum staff are assured.

By the way, the kids leave their mobiles already at the reception desk, as soon as they enter the educational facility. They may only use them for making a call to their parents during breaks so there is no getting stuck in instead of studying ever.

– Throughout this year we have seen changes in knowledge quality. As we were only starting our studies, we were naïve enough to believe that in Class 9 we would be studying according to the Study Plan for the 9th Class, and we would be using the same approach for Class 5. However, it appeared that the children had no systematic knowledge and huge gaps in their knowledge. So we could not hope to build something reliable on such a basis. So we had to come back again and again. Even in Class 9 we returned to the level of Class 5. Yet, in a year we managed to catch up everything, – says Deputy Director. 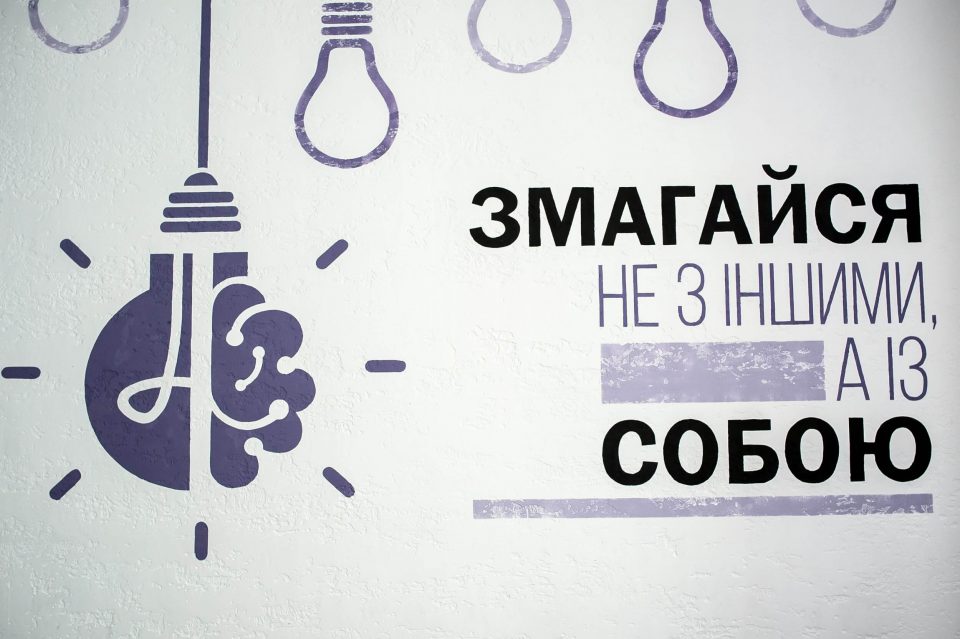 The lyceum facility has everything that is required for students of various classed and teachers to be able to communicate freely, have their tea and play table games. Respectively, the lyceum management mark there have been great changes in their students during the year – their tempers change, they open up and stop being scared.

– We believe that if we learn to do small tasks well, then we well scale up. Therefore, our purpose was not to launch a school with many classes but only with a few ones, in order to form up our team and a high-quality educational plan, and then to scale up and build our own facility, – they say in the Mustard Seed.

The present content has been presented by the public foundation “Institute of Central European Strategy” supported by the USA Agency on international development (USAID). The details of the content is a sole responsibility of the above Institute and may not necessarily represent USAID’s point of view or that of the USA Government. Reproduction and using of any part of this content in any format, including the graphical or electronic one, copying or using in any other way without a relevant link to the original source is prohibited.