If you scroll through the news feeds of Ukrainian media at least once a day, you’ll surely come across some mention of smuggling or other illegal business in Transcarpathia. It wouldn’t necessarily be something very criminal (especially owing to the fact that smuggling in Ukraine is decriminalized and only administrative liability is foreseen for it).

Sometimes this illegal business is even very creative and romantic. It was described well by Andriy Lyubka in his novel “Carbide” which has already been translated into 3 languages.

Very truthfully and tragically, this illegal business of the Transcarpathians is depicted in the Ukrainian-Slovak film “The Line” that raised record-beating sums in the film distribution in Slovakia, received an award at the film festival in Karlovy Vary and was selected for the Oscars by Slovakia last year.

But while a group of Transcarpathian smugglers is carrying a few packages of cigarettes to Romania, Hungary or Slovakia under dry weather conditions, Skoda cars, Nespresso coffee makers, hockey clubs for NHL players, designer furniture for Starbucks coffee shops and carbon parts for BMW, Audi, Porsche, Mercedes cars are being produced at the plants of Zakarpattia Oblast.

This is another reality few people know about even in Transcarpathia, not to mention the whole of Ukraine. The information about this “side of the coin” rarely appears in the news feeds.

This is partly due to the fact that global brands are not willing to disclose their contractors and a location where their goods are produced. But this is not the only reason.

We decided to make some adjustments to this media injustice and tell you about this Transcarpathian investment miracle, hoping that it can be repeated again and even more than once.

“Is it really a miracle?” you can doubt skeptically. The fact is that it is even hard to imagine how in just a few years the plants for world giants of production such as Jabil, Flex, Yazaki, W.E.T. Automotive (Gentherm) could have been built in Transcarpathia.

Let’s go back in time to 2001. Back then eleven special economic zones were created in Ukraine by the Verkhovna Rada through the number of laws. Zakarpattia Oblast became one of them.  Earlier, in 1998, it also became one of nine priority development territories with a special regime of investment activity.

All these complex wordings and phrases that give us a hard time to pronounce meant only one key thing:

the favorable conditions for attracting investment in specific regions at the state level. 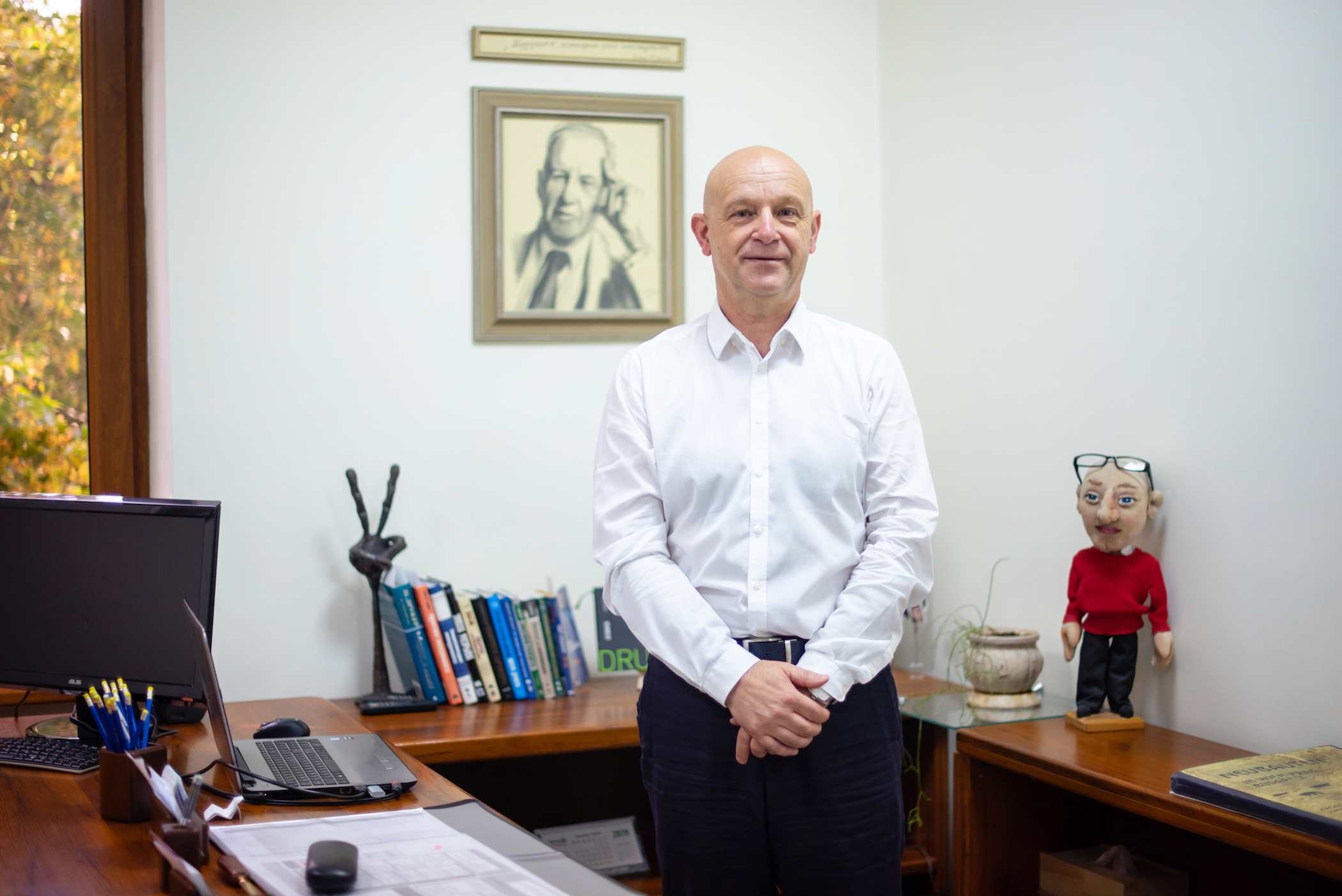 “I went on to that position from business, therefore, I tried to squeeze the maximum out of the conditions I had. You say “Transcarpathian investment miracle”. Maybe this is the case, because as they say, the stars aligned: there were favorable conditions at the state level and the circumstances turned out to be propitious. And our team did not have any obstacles and nobody prevented us from working.

But what could Transcarpathia offer to investors at that time, that other regions of Ukraine couldn’t?

“Our region didn’t have any particular privileges or preferences that would have helped us to intercept investors. There was a standard set for all special economic zones, such as the customs territory on the enterprise, tax reliefs and so on. Therefore, we made a bet on marketing and communication. We began to write letters wherever we could, but first and foremost to the embassies and the chambers of commerce and industry with a message that an economic experiment was being conducted in Zakarpattia Oblast,” explains Volodymyr Panov. “We worked a lot with the record and preparation of the meetings with potential investors, forcing the entire power vertical in the region from border guards to the tax agency and the Security Service of Ukraine to work on attracting investment. We also developed a series of materials for investors in different languages with step-by-step instructions on how to easily and quickly invest in Transcarpathia, and hence in Ukraine. Most importantly, at all our meetings, we showed that we really wanted to change our country, particularly through attracting investors and creating the same conditions for business and people like it was in the West. This emotional component was no less important for investors than benefits”.

Of course, one of the key advantages of Zakarpattia Oblast was its location. It is situated on the very border with the European countries that were preparing to join the EU. In addition, it is equally important to have enterprises that would become either a testing ground for large investors or a “living” example of successful investment and business in the region.

This is how the Berehovo Radio Plant and the Mukachevo “Tochprylad” became the basis for the Flex corporation, which ultimately erected its own powerful plant in Mukachevo. And this is how the Ukrainian-Austrian Fischer and the Ukrainian Eurocar Enterprises were built on the principle of “greenfield”, that is, in a clean field, and became perfect examples of how investments into Transcarpathia can be successful.

Drive and the results

“It was a real drive, constant meetings, investment deals. During 2001-2004 Zakarpattia Oblast managed to attract $130 million in foreign direct investment and create more than 19,000 jobs. In 2004, within one single year Zakarpattia Oblast attracted 62.7 million US dollars. The external turnover of the oblast has grown from 342 million USD in 2002 to 1.3 billion USD in 2005,” stresses Volodymyr Panov.

Eurocar was one of the first manufacturers that came into Transcarpathia. It is a unique company located in Solomonovo village, within a few kilometers from the border with the EU, having a unique contract with Volkswagen for producing their brands such as Skoda, Volkswagen, Audi, SEAT. As of 2001, when Eurocar started working in Transcarpathia, the plan was to invest $200 million in the project. Volodymyr Panov adds,  that the investment of Volkswagen in the construction of its own plant in Transcarpathia was negotiated.

In 2002,  a Japanese Yazaki Corporation plant started its work in the village of Mynai close to Uzhgorod. It specializes in producing harnesses for the automotive industry. Initially, it was planned to invest $31.7 million in productive capacities of Transcarpathia. 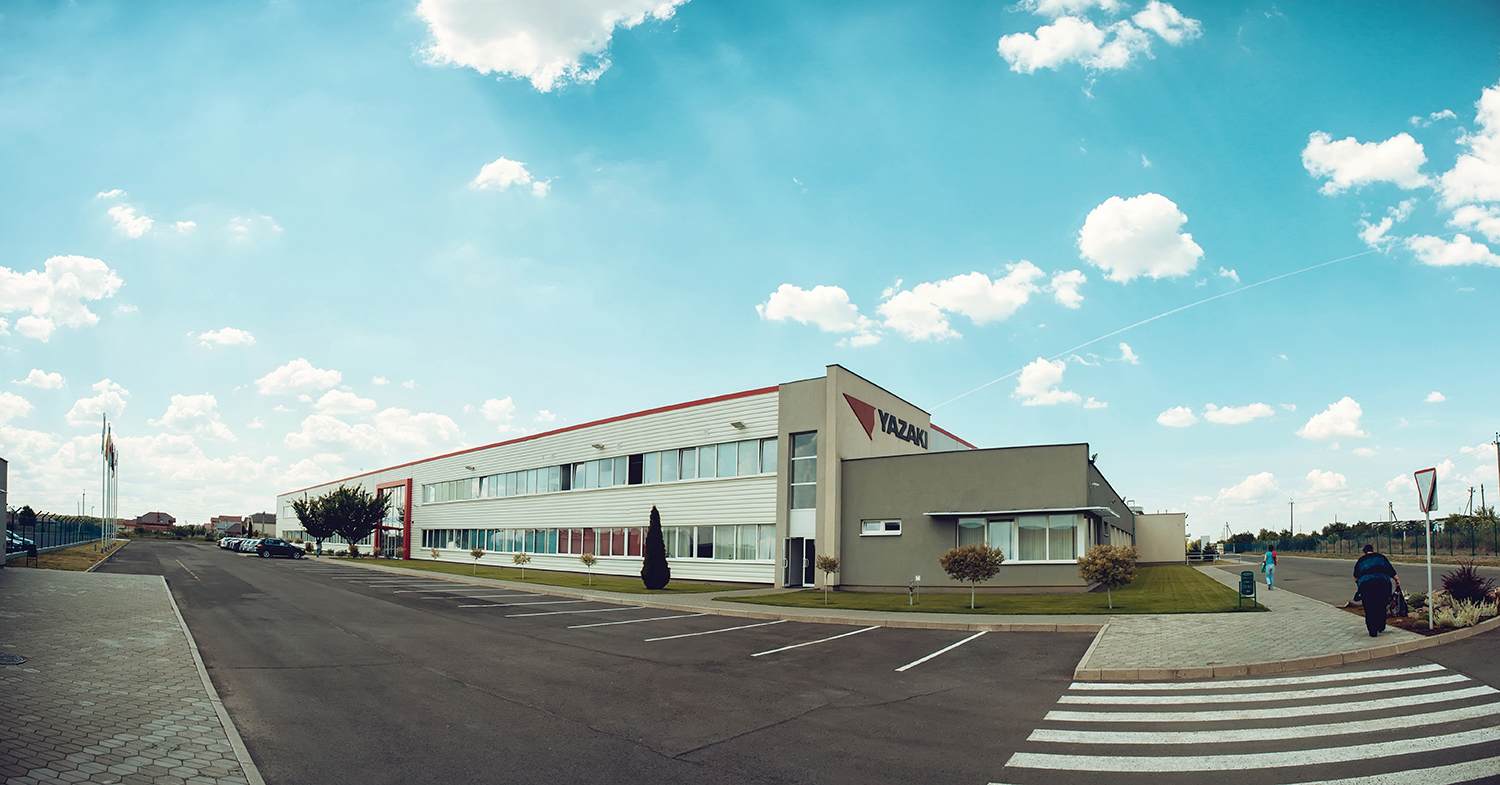 In 2004, the plant of Jabil Inc., one of the three largest contract electronics manufacturers in the world, started to work in the village of Rozivka, which is near Uzhgorod. As well as the Flex corporation, that decided to build its own plant in Transcarpathian town of  Mukachevo during the same period but launched its work in 2012.

As well as the Flex corporation, that decided to build its own plant in Transcarpathian town of  Mukachevo during the same period but launched its work in 2012.

Volodymyr Panov mentions that being protracted competitors, Jabil and Flex factories have never been located as close as they are in Ukraine anywhere else in the world: there is only some 40 km distance between them.

“We were at Jabil in Uzhgorod in 2016. We had already been releasing our product in China and were looking for new opportunities to expand our production. Honestly, I was pleasantly surprised at how things worked at this enterprise. What’s more, Jabil in Uzhhorod had already given a competitive production price even compared with China,” said Alex Neskin, one of the founders of Petcube, the most successful Ukrainian startup of the recent years.

Google, Lenovo, Nike, Nespresso, Porsche, Nokia, whose phones were built on Jabil were all in the client list of the above-mentioned enterprises. How do you like it?

These are just a few examples of Transcarpathian investment miracle of 2001-2004, which not only resulted in considerable investments and jobs, but also involuntarily launched the entire automotive and electrical engineering clusters. Which, correspondingly, meant a prospect for the region, because the idea of clusters is to further expand production and investment.

“I can go on listing the companies we were negotiating with about investing in Zakarpattia. Philips was planning to come here. Just like Flex, it first worked on the basis of the Mukachevo “Tochprylad” plant and wanted to produce its wonderful TVs here. There were meetings with Bosch, a well-known German manufacturer of machinery, too. But most of all I regret that I didn’t manage to attract VW, Toyota and especially IKEA. We had several meetings with the Swedes during 2003-2004, and were already at that stage of negotiations when we were discussing possible locations of their factories here,” says Volodymyr Panov. “The logic and flexibility of the IKEA impressed me immensely back then. The corporation was ready to build 3 factories in Transcarpatha at once: the first one was to be located where they would receive a forested area for felling and planting a forest for a long-term lease of about 20 years; the other two were supposed to be in the place that we would decide according to our social peculiarities such as unemployment or depression of the area. These сould be the “anchor” enterprises around which everyone could earn. There is a stereotype that a large producer will “kill” small businesses, but this is not the case, if moving by the cluster principle when there is an “anchor” enterprise, and others are founded around it. So we could have basically a no-waste production with IKEA when some people are harvesting a forest, planting a new one, producing furniture, and others are making pelletes and fuel bricks out of the waste products, and so on. Unfortunately, we lost IKEA because of our bureaucracy. It makes me want to cry when I think how close we were to the goal and lost this opportunity. We also lost Volkswagen, which ended up investing 1,3 billion euros in Russia in 2006. Toyota went there too”.

“All this happened due to the change in the investment legislation in Ukraine in 2005 when all benefits of special economic zones were canceled,” says Volodymyr Panov, but at the same time he remains optimistic and insists that there is every chance to repeat the “Transcarpathian investment miracle”.

“There are all conditions for it: experience, successful examples, managerial staff. There are lots of complaints about the outflow of people abroad nowadays. This is really a problem and a challenge. But Transcarpathians were always enterprising and went abroad in search of money. That is why I  believe that the problem lies in something else:

people leave because they have lost faith in their country, in themselves in this country, in the future of their native Transcarpathia. We need to change it. In fact, we must restore faith in ourselves. I recall how not so long ago we proudly talked about Transcarpathia, built ambitious plans because this region is located in the center of Europe. But it seems like we have surrendered in the course of the last few years. As if we have put up with a thought that we are a province, although in fact we can be leaders and we are leaders in many criteria,”

A few facts in support to the above mentioned thesis: only in the last 2 years, both Flex and Jabil have actually doubled their capacities in Transcarpathia, having built another plant each. The Yazaki and Fischer are also actively recruiting specialists, creating new jobs and expanding production. 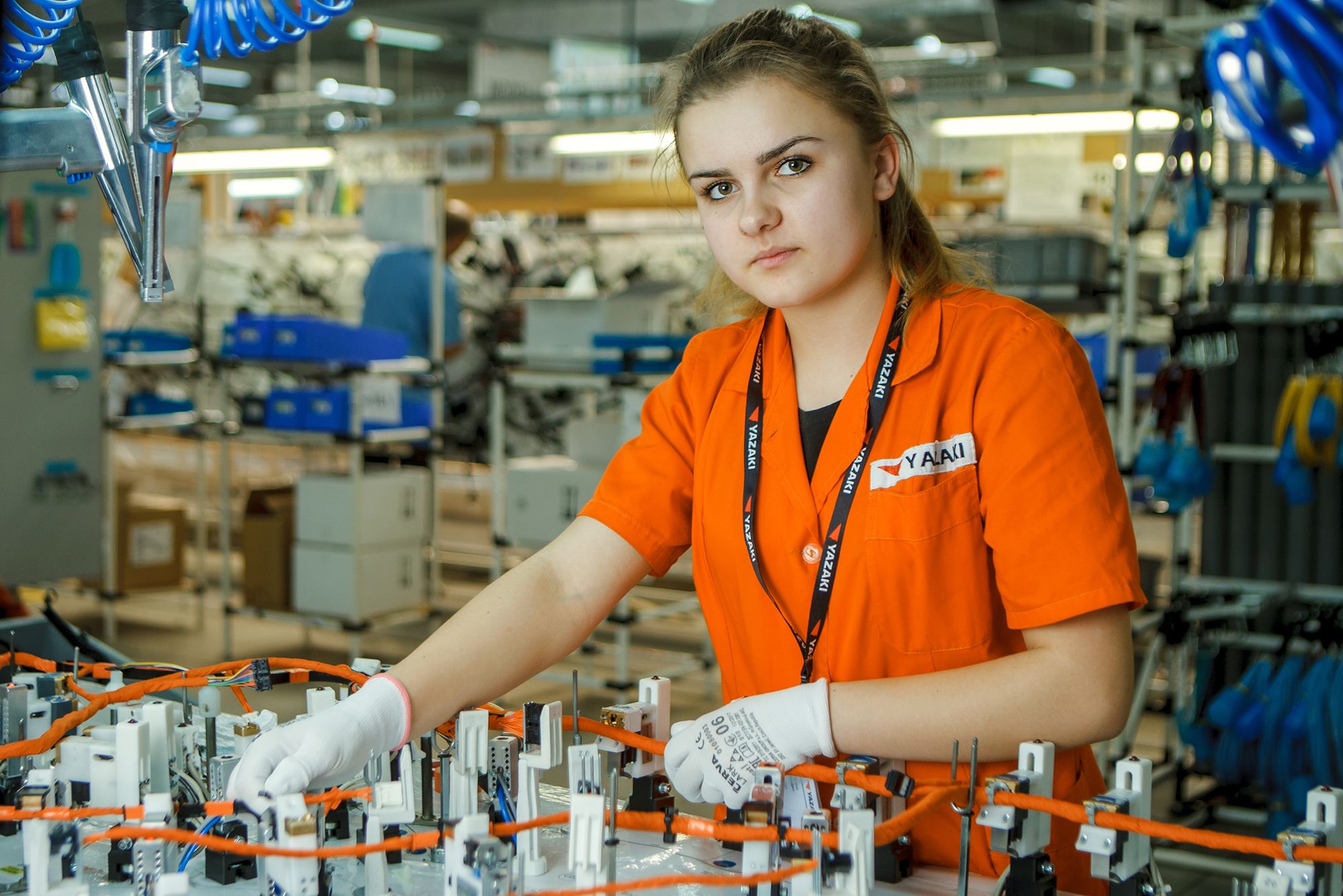 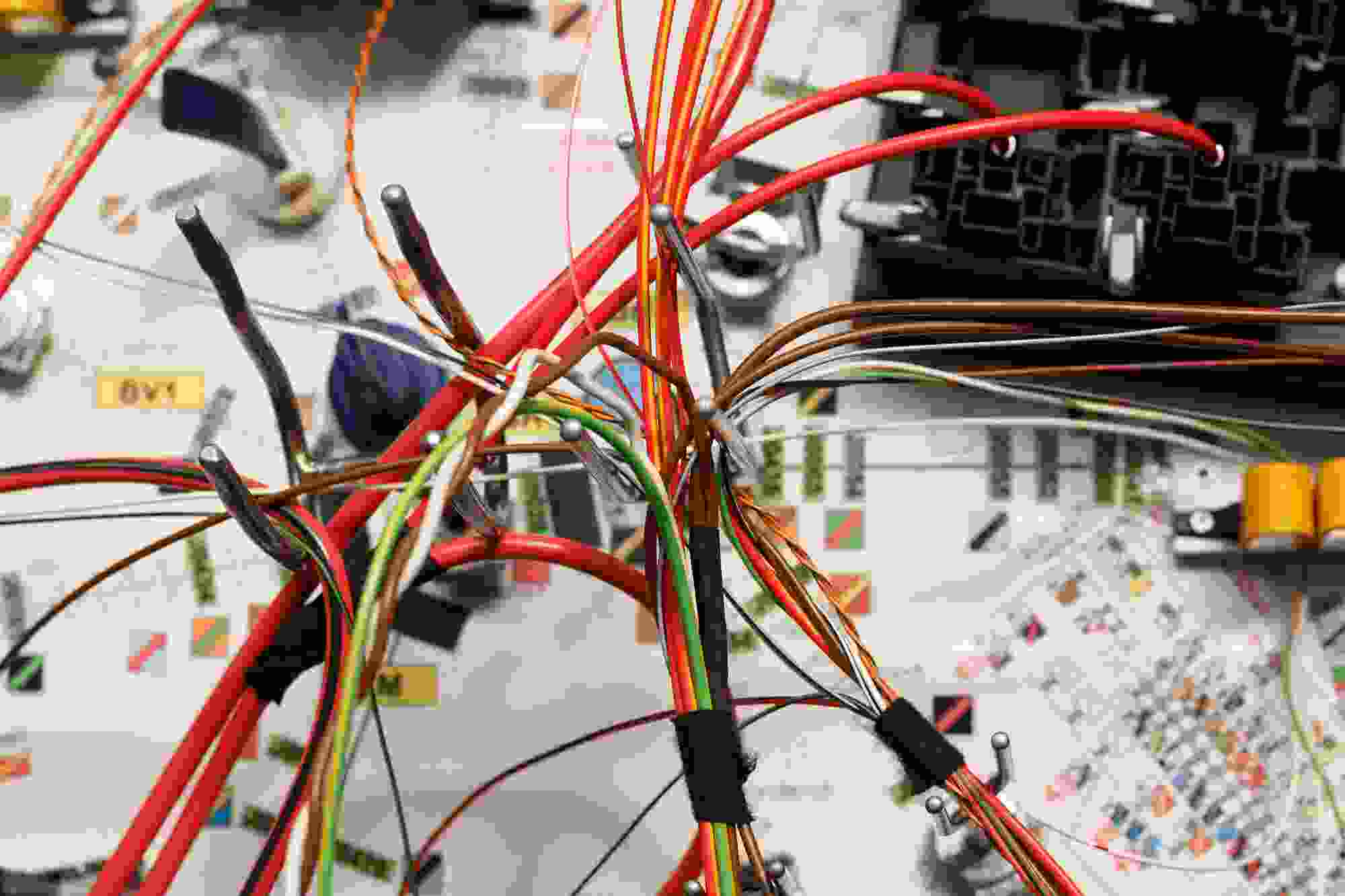 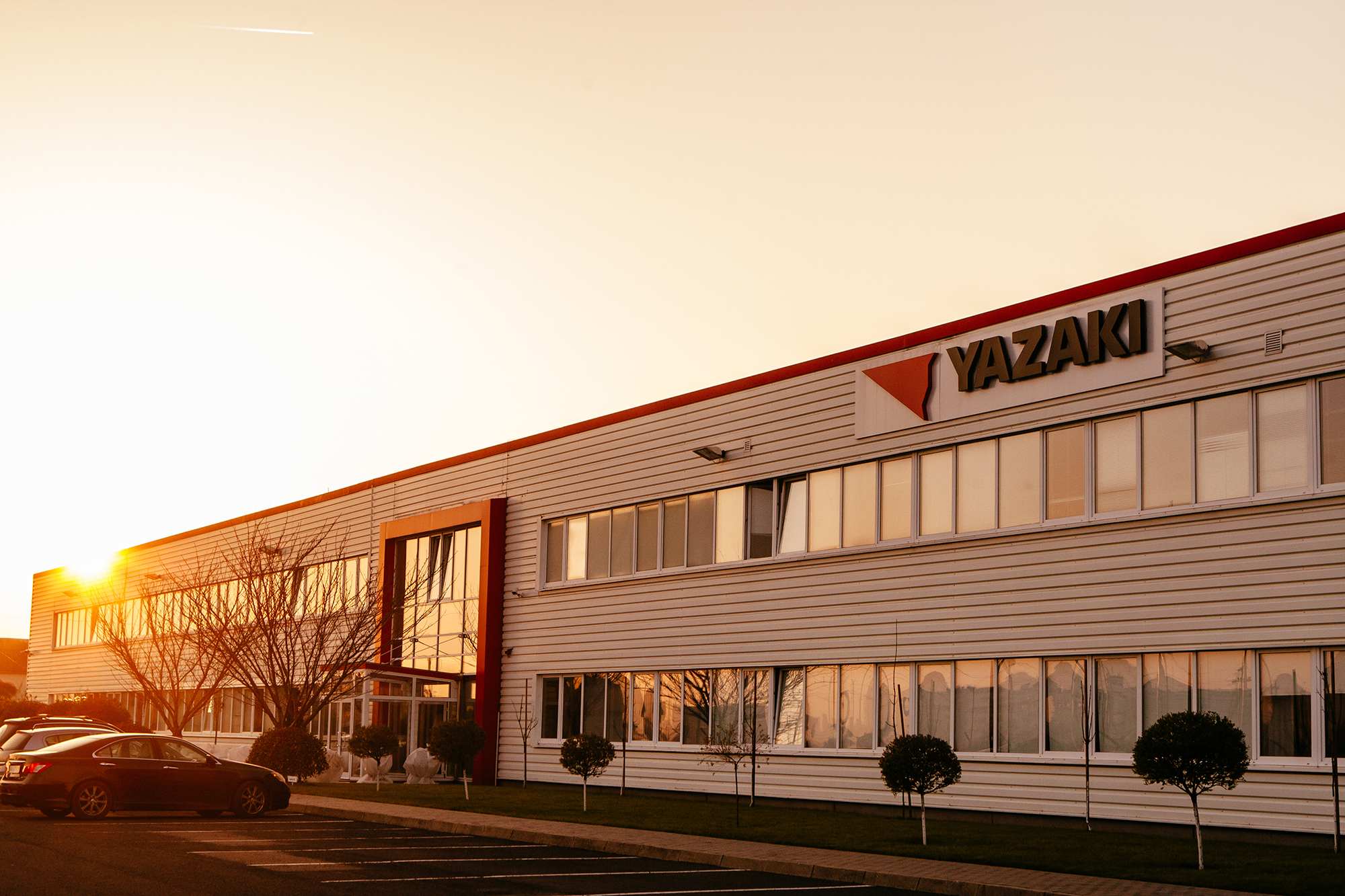 At the last winter Olympics in South Korea, Fischer athletes won 89 medals: 35 gold, 33 silver and 21 bronze medals. This is the best result among all brands.

In fact, Ukrainian athlete Oleksandr Abramenko won the only gold medal for Ukraine at the Olympiad in Pyongchang in the legendary “Tisa” skis (from the name of Transcarpathian river – ed.) by Fischer produced in Mukachevo.