Re:Open Zakarpattia»: the forum of ideas and solutions that will give a fresh impetus to Zakarpattia’s development

The event will take place at the end of September. Here is everything you should know about it

This is the westernmost region of Ukraine located in the heart of Europe. It borders 4 EU and NATO countries at once.

This list of superlatives may be expanded infinitely. It may make one think that Zakarpattia has everything necessary to become paradise on earth, or at least a success story that would lead Ukraine to Europe.

However, due to certain reasons the region has been going through difficult times over the past decade, just as the entire country. The region has regrettably ceased to develop, at times finding itself on a downward spiral. Zakarpattia has lost its confidence and ambitions. It has lost its people. The region has been neglected by those striving for development, playing the role of a mere bargaining chip in the hands of those who take no interest whatsoever in its prosperity. All of a sudden, Zakarpattia has begun to be associated exclusively with smuggling, separatism and gangster feuds.

Despite all these problems, the region keeps setting an example for the whole of Ukraine as representatives of more than 100 nationalities manage to maintain a peaceful coexistence there. A third of the world production of alpine skis is concentrated here. The region also produces component parts for such car brands as VW and Audi. Skoda cars are produced here, the coffee machines Nespresso also originate in Zakarpattia, as well as clothes for Zara and Hugo Boss. Apart from that, the region grows juicy vegetables and succulent fruits, producing fine wine and organic products.

Zakarpattia has a considerable potential and may be called Ukraine’s most underrated region.

It is inhabited by people striving for changes and willing to make them happen in spite of all the difficulties, crises and epidemics.

In order to launch the discussion, a forum of the development of the Zakarpatska Oblast “Re:Open Zakarpattia” on 19-20 September will take pace, providing an opportunity to rediscover the region both for oneself and for the country in general, as well as to transform Zakarpattia in to Ukraine’s success story.

The idea behind the forum

«Re:Open Zakarpattia» is a forum of ideas and solutions to the development of the Zakarpatska Oblast with a view to attracting attention to the unique multicultural region in Ukraine, its western frontier in the heart of Europe right on the border the EU and NATO.

The forum is also aimed at debunking negative stereotypes of Zakarpattia that have considerably accumulated in recent years, rediscovering the region for the rest of Ukraine and for the whole world, accentuating its potential and capacity, setting a qualitative agenda of the Zakarpatska Oblast’s development.

The goal of the forum is to help discover Zakarpattia anew, both in terms of traditional and new opportunities, and of problematic issues whose solutions will give an additional fresh impetus to the development of the region and of Ukraine. 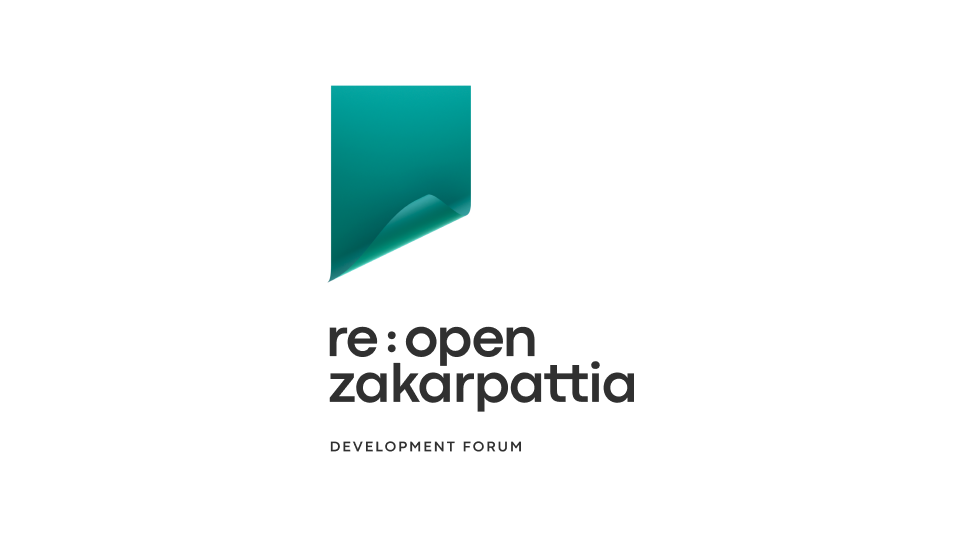 Thus, the idea behind the project is not limited to the 2-day forum only, it also implies a long-lasting and multi-level discourse. This is why within the framework of this project a preparation of multimedia stories about Zakarpattia and a series of open discussions are planned apart from the forum.

The project is implemented by the public organization “The Institute for Central European Strategy” with the support of the United States Agency for International Development (USAID), which gives an opportunity to realize the forum’s objectives at the highest level based on the principles of objectivity and independence.

What purpose does the forum serve?

The forum is to become an independent platform hosting a cooperation between all stakeholders who develop, influence or take decisions related to Zakarpattia’s development.

As of now, there is no other forum that would assemble all those actors exerting an influence on Zakarpattia’s development. Nor has it ever existed before. Thus, the forum based on this idea could be held annually, eventually evolving into a large campaign that will be popularizing the region for several years to come.

Within the framework of the preparation for the forum, such informational campaign will actually be held during 6 months of 2020, i.e. prior to, during and after the 2-day forum. It could be transformed into a big perennial campaign popularizing Zakarpattia, first and foremost outside its borders.

The aim of the forum is to provide clear and objective answers to such questions as what exactly is, or most importantly, what Zakarpattia could be, given its history, resources and potential.

A creative solution and corresponding branding have been tailored exactly to this project so as to fully explore the idea and goals of our initiative.

We offer to not only reopen, but also rediscover this region, discover it anew, rethink it, start with a clean slate, write a new chapter, write a new story, write Ukraine’s success story.

At the same time we are striving to let Zakarpattia be rediscovered both in the context of Ukraine and the entire world. 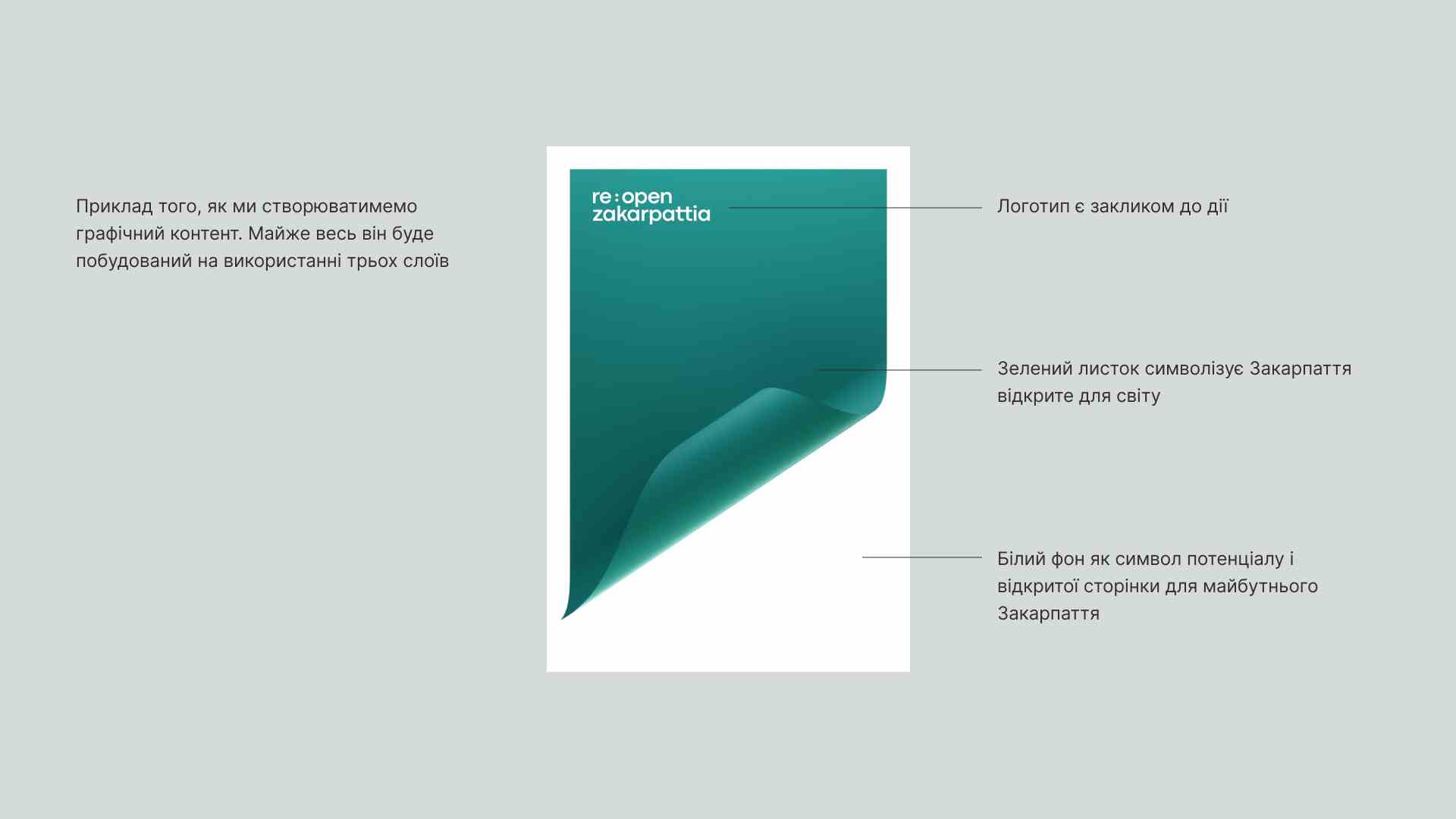 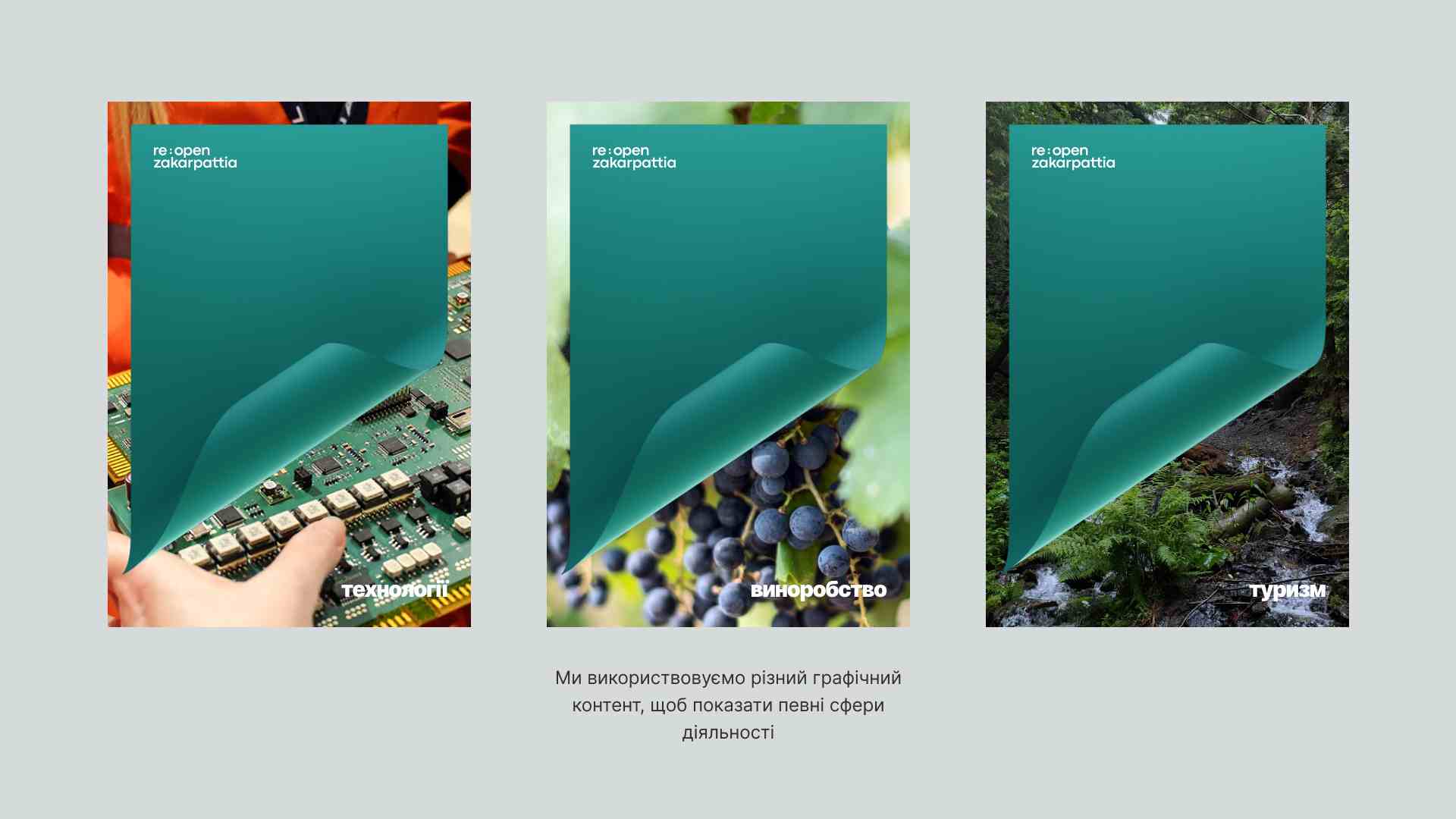 We use the colon in the word “Re:Open” to emphasize its meaning, that of “rediscovery”, of “opening anew”, since the colon takes on additional meaning, a range of associations, qualitative features needed for rethinking something. 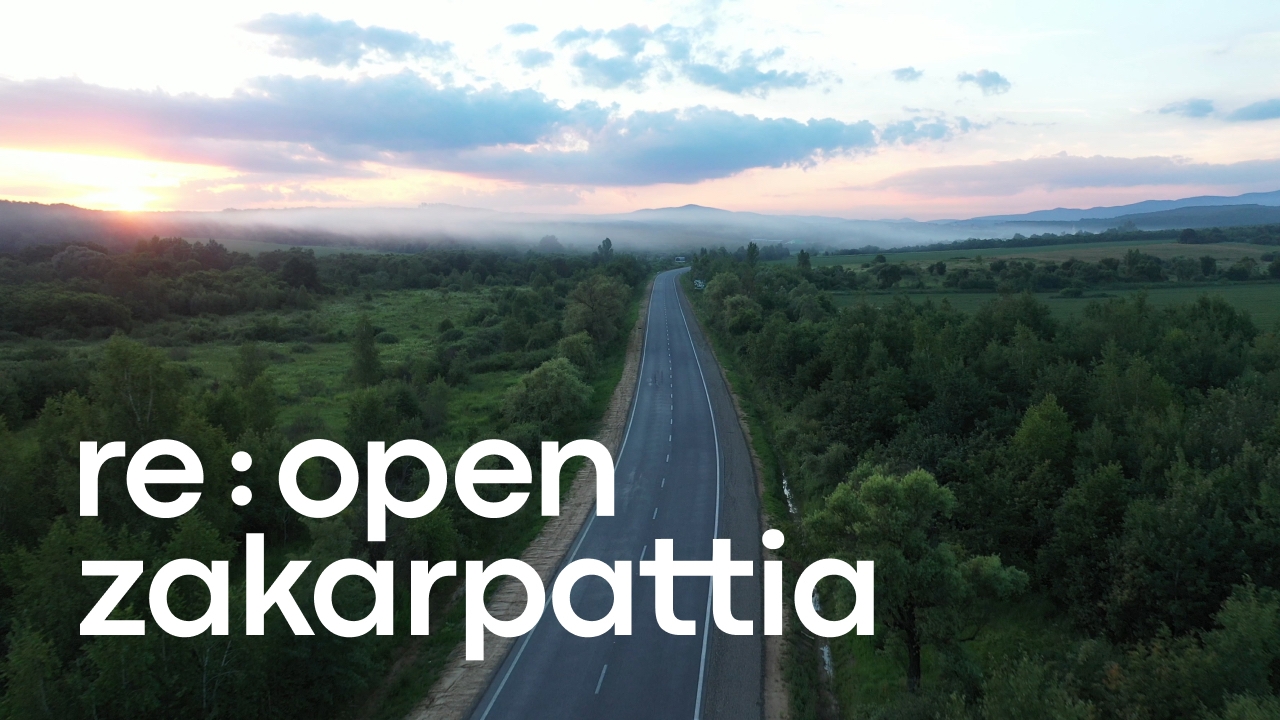 The subject matter of the forum

Given the idea behind the forum, we have set a goal of covering key issues of Zakarpattia’s development by going deeper into them with a view to initiating a long-lasting discussion and creating preconditions for qualitative decisions. In so doing, we are simultaneously trying to set the region’s positive agenda.

In recent years, Zakarpatska Oblast has been predominantly associated with negative events or occurrences. However, this is a distorted and false image of the region.

The forum Re:Open Zakarpattia is to form and justify a different public agenda of the region by dealing with the following issues:

– what is awaiting Zakarpattia and Ukraine after or during the “corona crisis”;

– Zakarpattia as Ukraine’s western frontier: how the region can be deprived of “provincialism”, being located in the centre of Europe;

– how the region will develop in the wake of decentralization and administrative reforms;

– how Zakarpattia can relive “the investment wonder” of the early 2000’s once again;

– Zakarpattia’s infrastructure as a bridge to the West and the EU;

– Zakarpattia’s media challenges: how can stereotypes to be debunked and misinformation be countered;

– tourism as a driving force of the region’s development, and why tourism in Zakarpattia is more than just a business;

– education, culture and multiculturalism in Zakarpattia;

– East and West together: why Zakarpattia can set an example of mutual understanding;

– ecological challenges: how Zakarpattia can foster its development in harmony with nature;

– cross-border cooperation, Ukraine’s neighbourhood policy in the West and the role of Ukrainian frontiers in it. 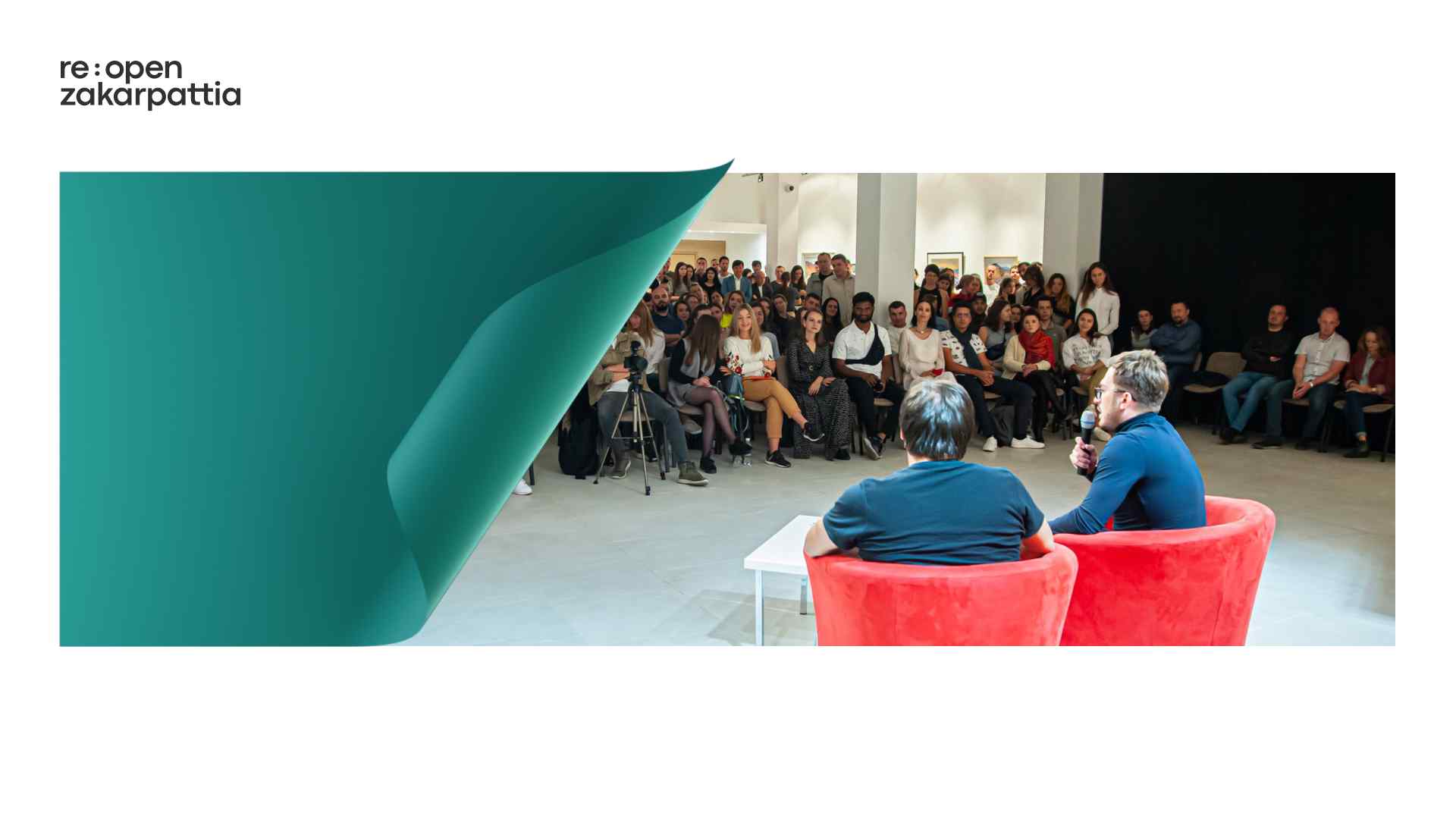 These and many other issues will be under discussion on separate topic-related panels and during presentations within the framework of the forum.

Apart from that, results of a large-scale survey on Zakarpattia from Ilko Kucheriv Democratic Initiatives Foundation will be presented at the forum ”Re:Open Zakarpattia”, as well as other analytical materials from experts and analytical institutions.

Participants and guests of the forum

“Re:Open Zakarpattia” is an open event hosting those interested in Zakarpattia’s development.

We hope that the forum will be of interest to the country’s leaders, profile ministers, MPs, politicians, journalists, public figures, diplomats and international organizations, representatives of local authorities, civil servants, official representatives of neighbouring countries from the EU and NATO, analytical centres.

We hope to engage brilliant and high-qualified speakers on every topic-related panel, bringing together the local, all-Ukrainian and international expertise on every single issue.

Soon the names of the speakers, the forum’s schedule, the list of partners and other details will be available at reopen.zakarpattia.org.ua

The format and location of the forum

The forum “Re:Open Zakarpattia” will take place in Zakarpattia’s hospitable atmosphere on 19-20 September 2020 at the resort complex «Derenivska kupil», a few kilometres of Uzhhorod. 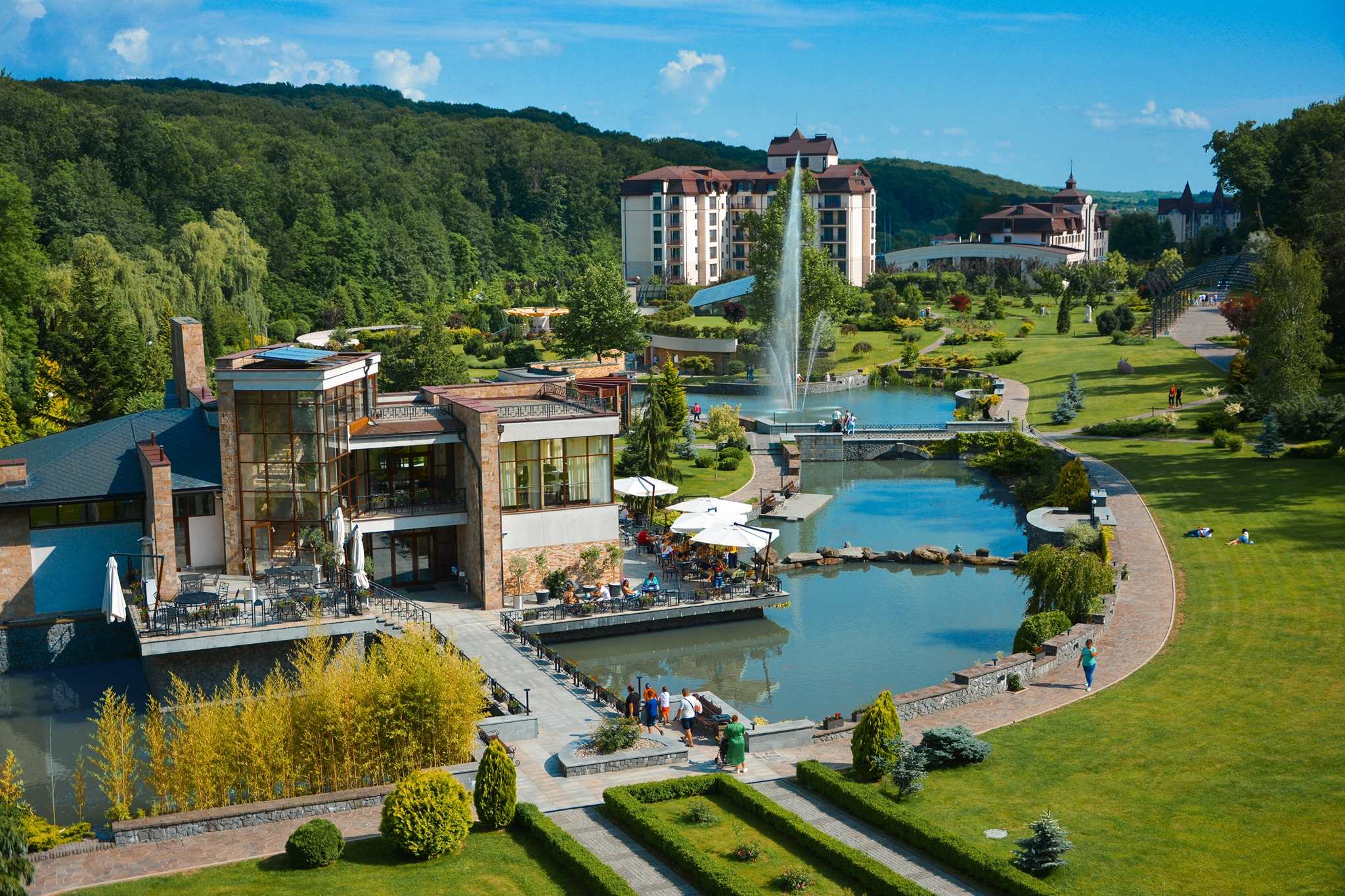 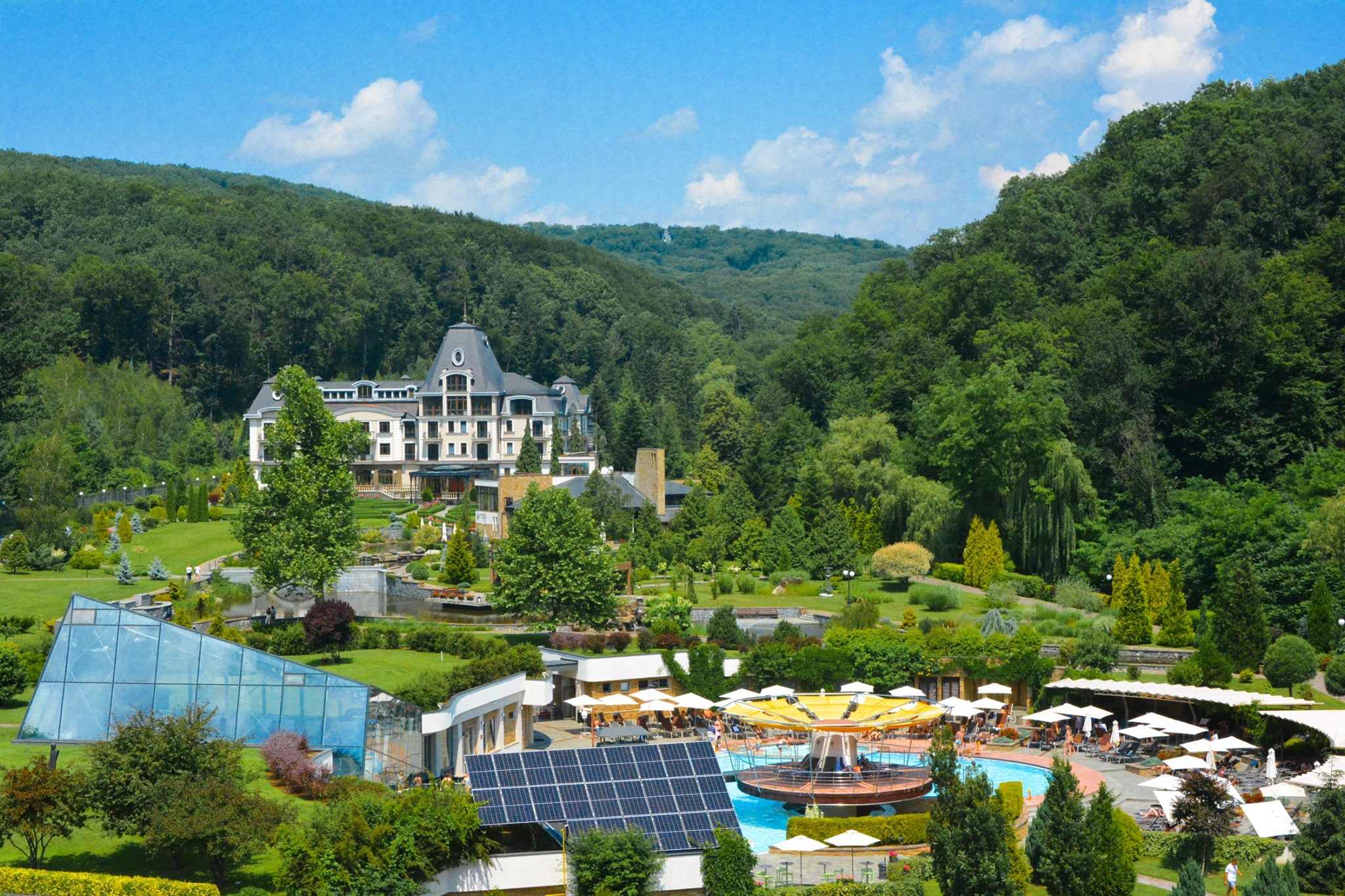 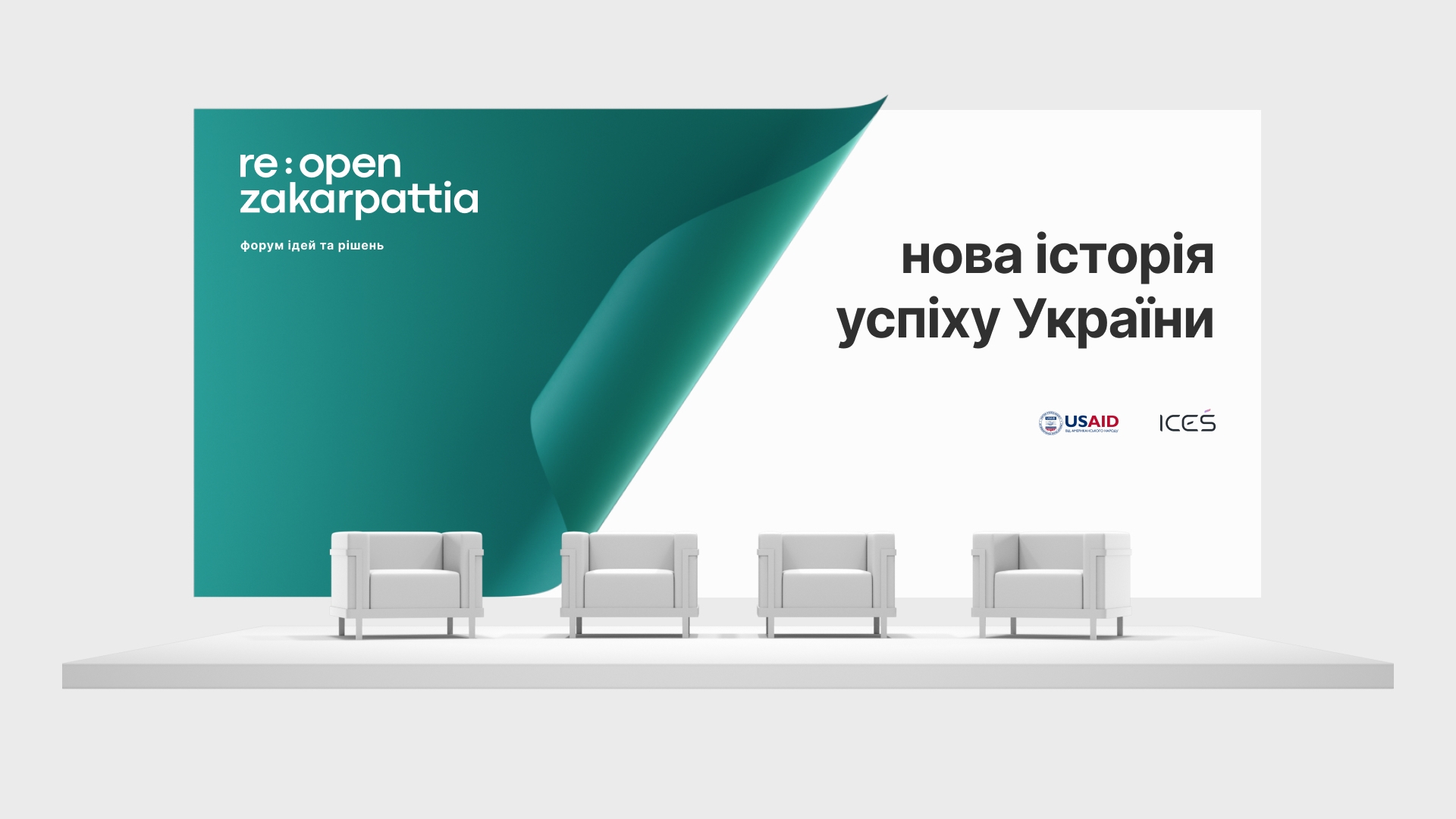 The forum and COVID-19

All of us involved in the organization of “Re:Open Zakarpattia»” are perfectly aware of the difficult current situation in Ukraine and the world due to the outbreak of the Covid-19 pandemic.

We are closely following the developments of the situation, having taken into consideration all the precautions needed to hold the event – from social distancing and disinfection to making sure that each and every participant should wear masks at the forum.

We are also working on alternative formats of the forum, in particular, that of an open-air event or online broadcast.

We are open to new ideas, proposals and cooperation.

The online registration and accreditation for the event will soon be available at reopen.zakarpattia.org.ua

For any other inquiries please contact us at: reopen.zakarpattia@gmail.com or +380673278074 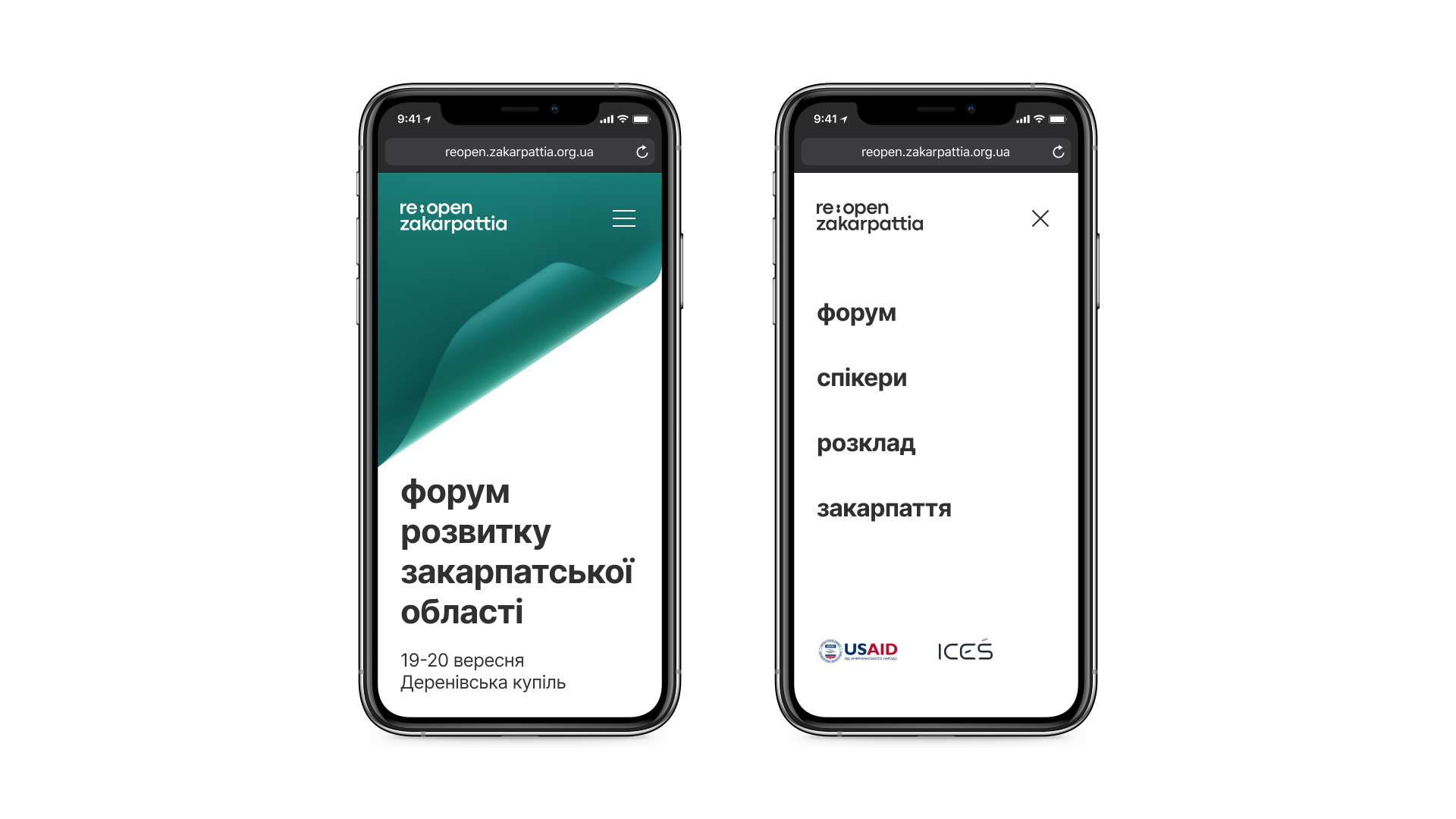 At the same time, we encourage you to subscribe to the forum’s official pages on social networks, including the event on Facebook, as well as the pages of the online magazine Varosh, which is another informational platform of the project “Re:Open Zakarpattia”.

What is the public organization “Institute for Central European Strategy”?

This is a public organization functioning as a “think-tank”, based in Uzhhorod. 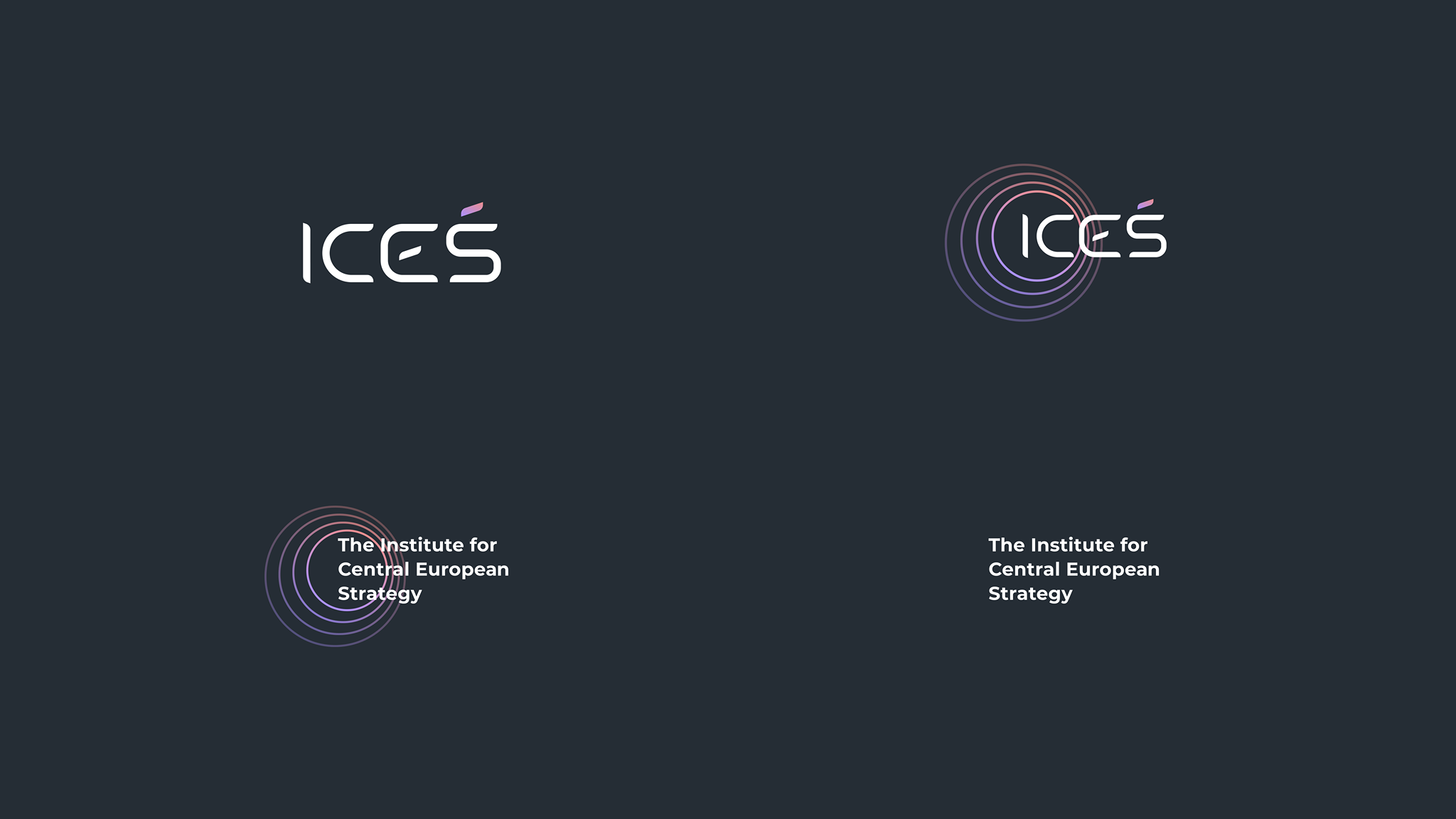 Despite the fact that “The Institute for Central European Strategy” was founded relatively recently, in February 2019, the organization has already managed to implement a wide range of initiatives in the field of education, local governance, international cooperation, advocacy, reforms,  etc.

It is the public organization “The Institute for Central European Strategy” that is the founder and organizer of the forum “Re:Open Zakarpattia”.

Dmytro Tuzhanskyi, head of the public organization “The Institute for Central European Strategy”, exclusively for Varosh