Natalia says that the village of Kolochava is a true Mecca for Czechs. Why?

A teacher of world literature from Transcarpathian province, awarded by the Ministry of Foreign Affairs of Czechia. Sounds almost improbable. But after communicating to Natalka Tumanets we realized that there is no such a word as impossible for the woman. Her main target is to turn the Transcarpathian village of Kolochava into the greatest point of friendship between Ukraine and Czechia and a true exemplar of partnership and cultural cooperation.

Natalia was born in Kolochava. She finished school and left for Uzhhorod to obtain higher education. She studied at the Philological Faculty. As she was making choice of a Slavonic language to study, she chose Czech, as her grandfather had a good command of it.

– Grandpa wrote all the topics for my examination in Czech.  At the exam I stood before Pavlo Pavlovych Chuchka, telling him: “Here I got everything written but I don’t think I will ever need Czech, so I am not really prepared for your exam”. He looked through the pages, learnt about grandpa and said: “Hey, neboranyko*, a time will come when you’re gonna tell the world of Mykola Shuhay, Olbrakht and Kolochava. So make your way to your Grandpa and let him tell you everything and study the language every day!” (spoken in Transcarpathian). 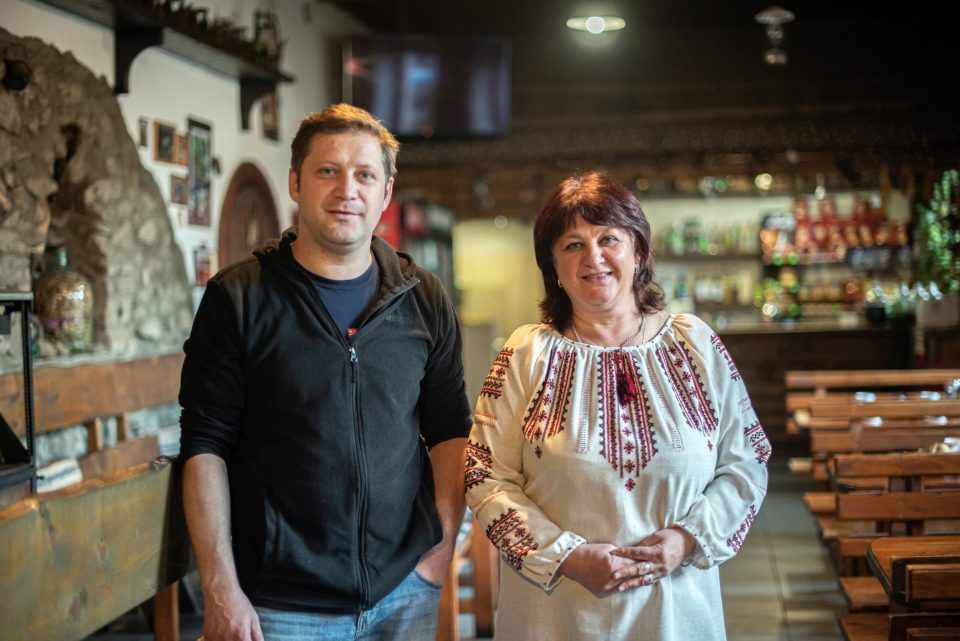 And it happened like that. Natalia had to study Czech and by 1990’s she was invited to perform for various audiences and in mass-media of Czechia – to dwell on the Museum of Olbrakht, Czechs in Transcarpathia and the village of Kolochava. Last year she graduated an international course in methodology of Czech language at Charles University in Prague.

– That was a unique experience for me. My fellow students were people from 20 countries of the world. As they saw me entering the lecture hall, with my badge an “Natalka, Ukraine” on it, everybody stood up and greeted all together. Many mentioned the award «Gratias agit» that I got in 2012 from the Ministry of Foreign Affairs of Czechia and, as I blushed and said I had not done anything yet, they laughed and answered: “Natalka, you don’t need to do anything anymore”. I had tears in my eyes then, – Natalia says.

If we turn to a starting point, it all began from Natalka’s uncle, Mykola Shimoni, a teacher of history. He founded a museum of the Czech writer and public activist, Ivan Olbrakht, back in 1982 in the village of Kolochava. Natalia’s grandfather was the head of the village council before, in 1940’s and got imprisoned as an enemy of the people, together with the priest. They say, he knew Olbrakht personally. 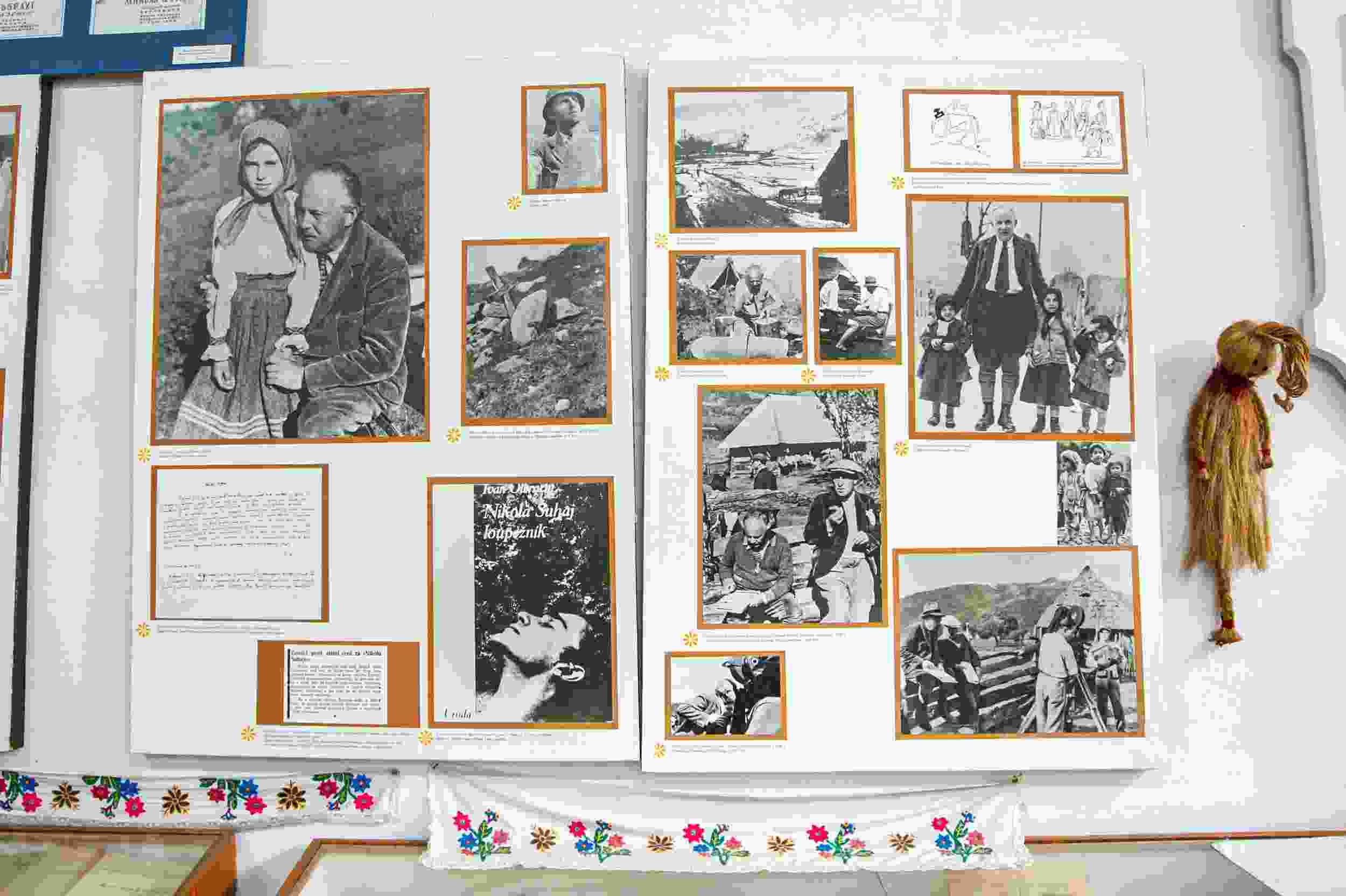 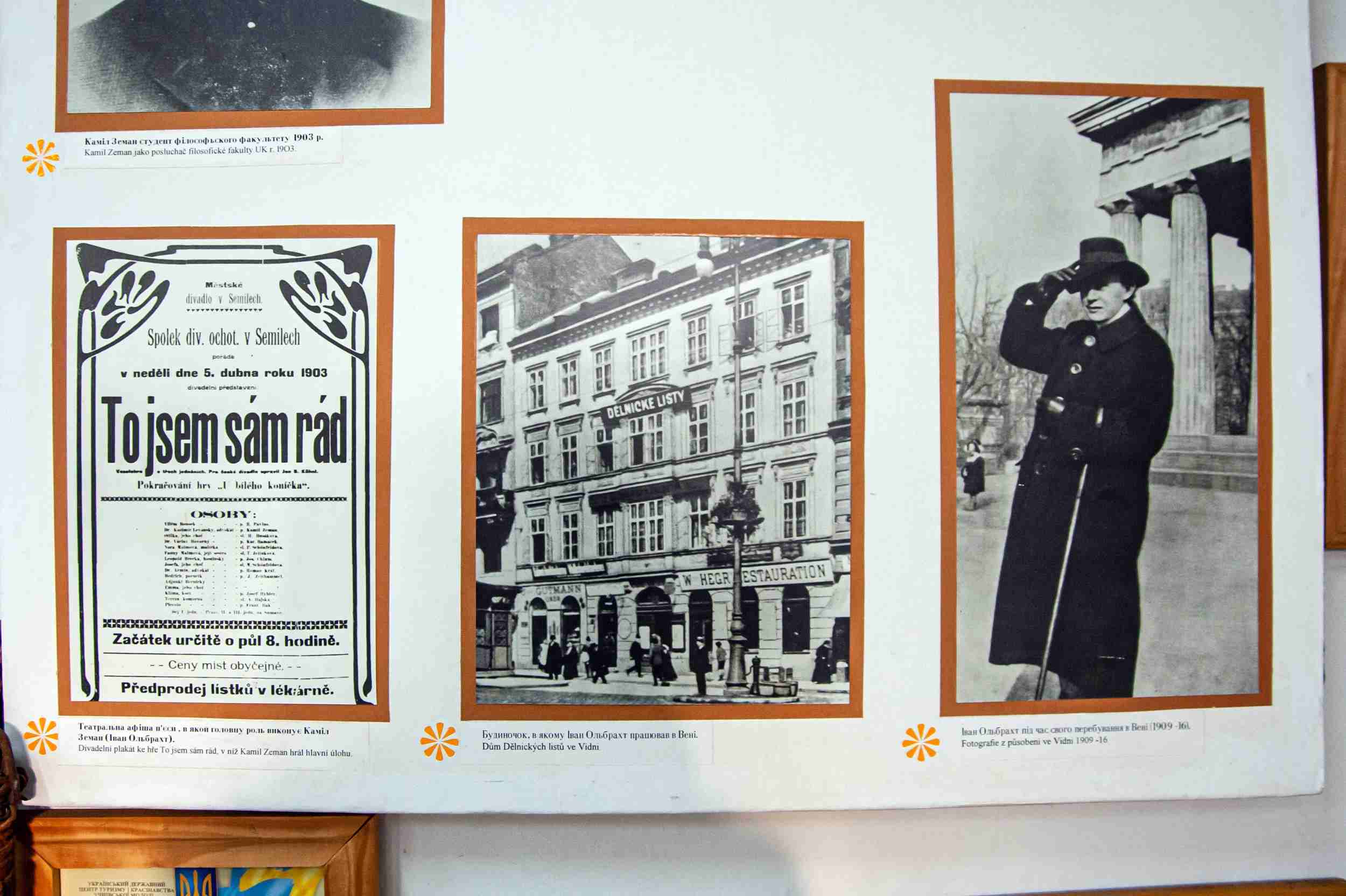 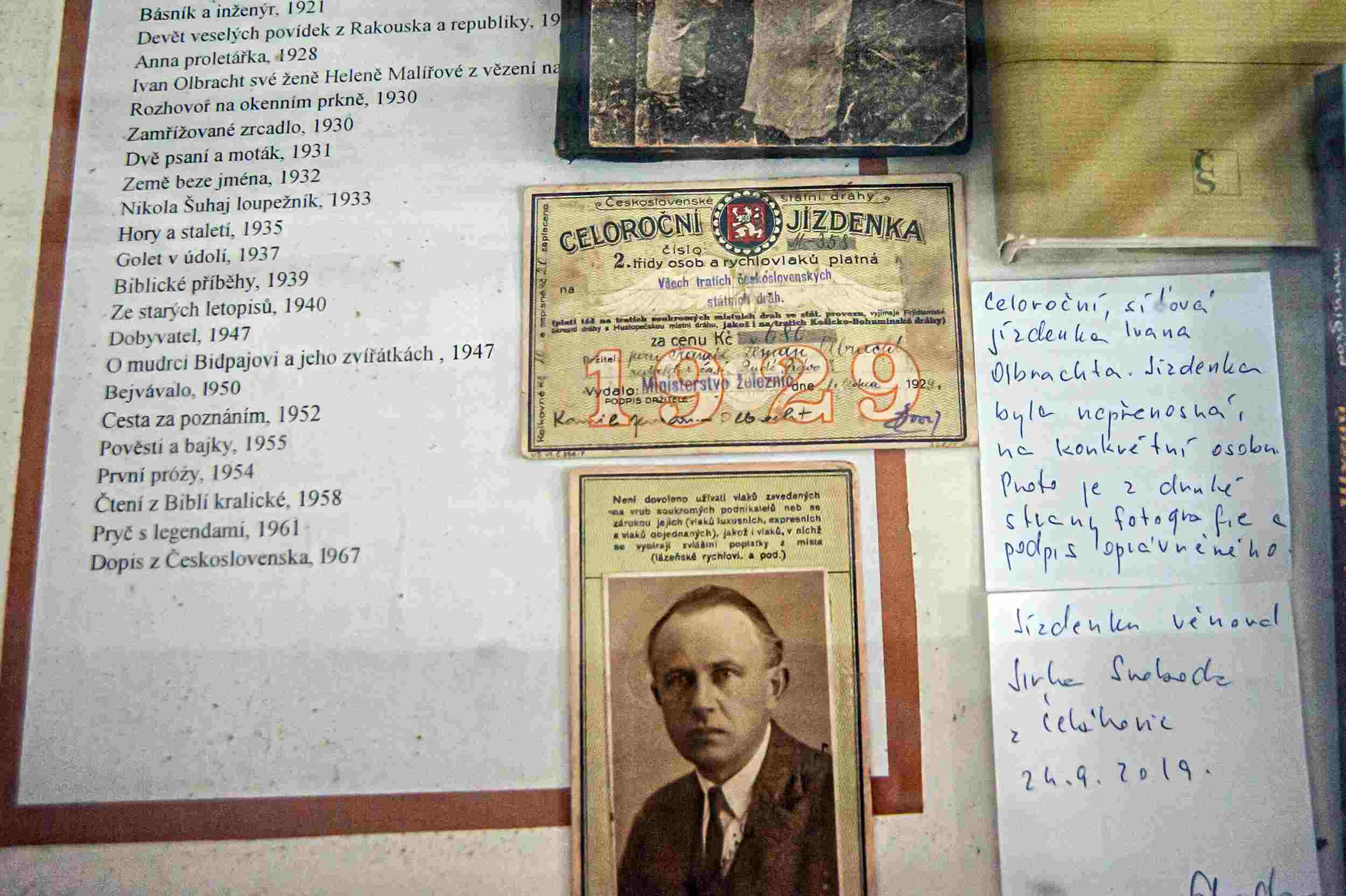 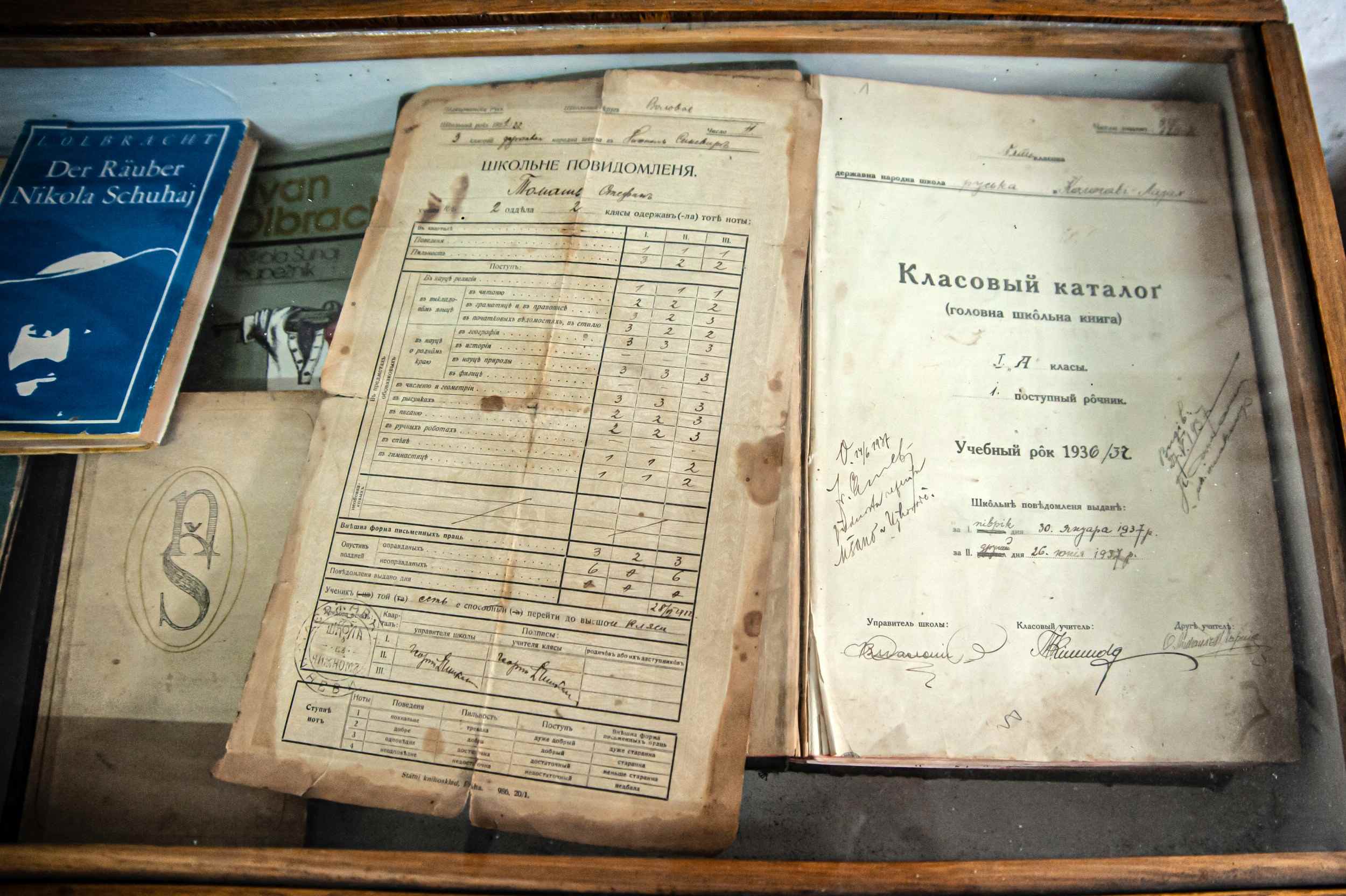 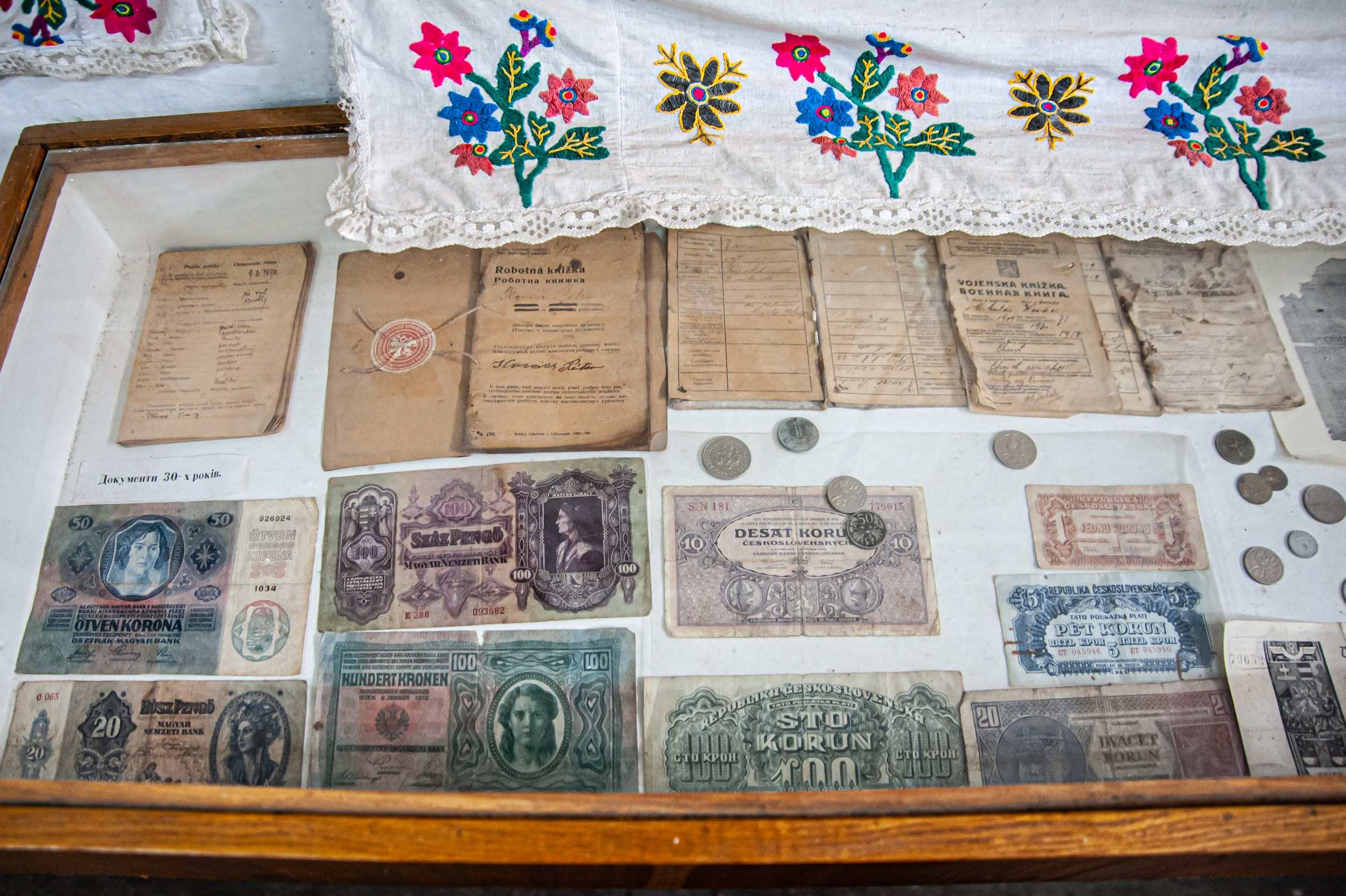 – In 1989, as my uncle retired and passed the key from the facility to me, I started working on the museum, – Natalia says. – In 1997, a new exhibition appeared. I refurnished the previous exhibits. I wanted to focus on Ivan Olbrakht’s literary activity and good deeds.

The museum yet remains located in the secondary school of Kolochava, though they have started building a cultural centre. The exhibition, considerably expanded, is going to be moved there.  Some of the exhibits are also installed in the “Chetnitske stanitse” (The Gendarme Department), headed by Natalia and her sons. It’s a combination of a museum, a private house, a hotel and an inn. The building once hosted the local stately notary government, the post office and the gendarmerie. 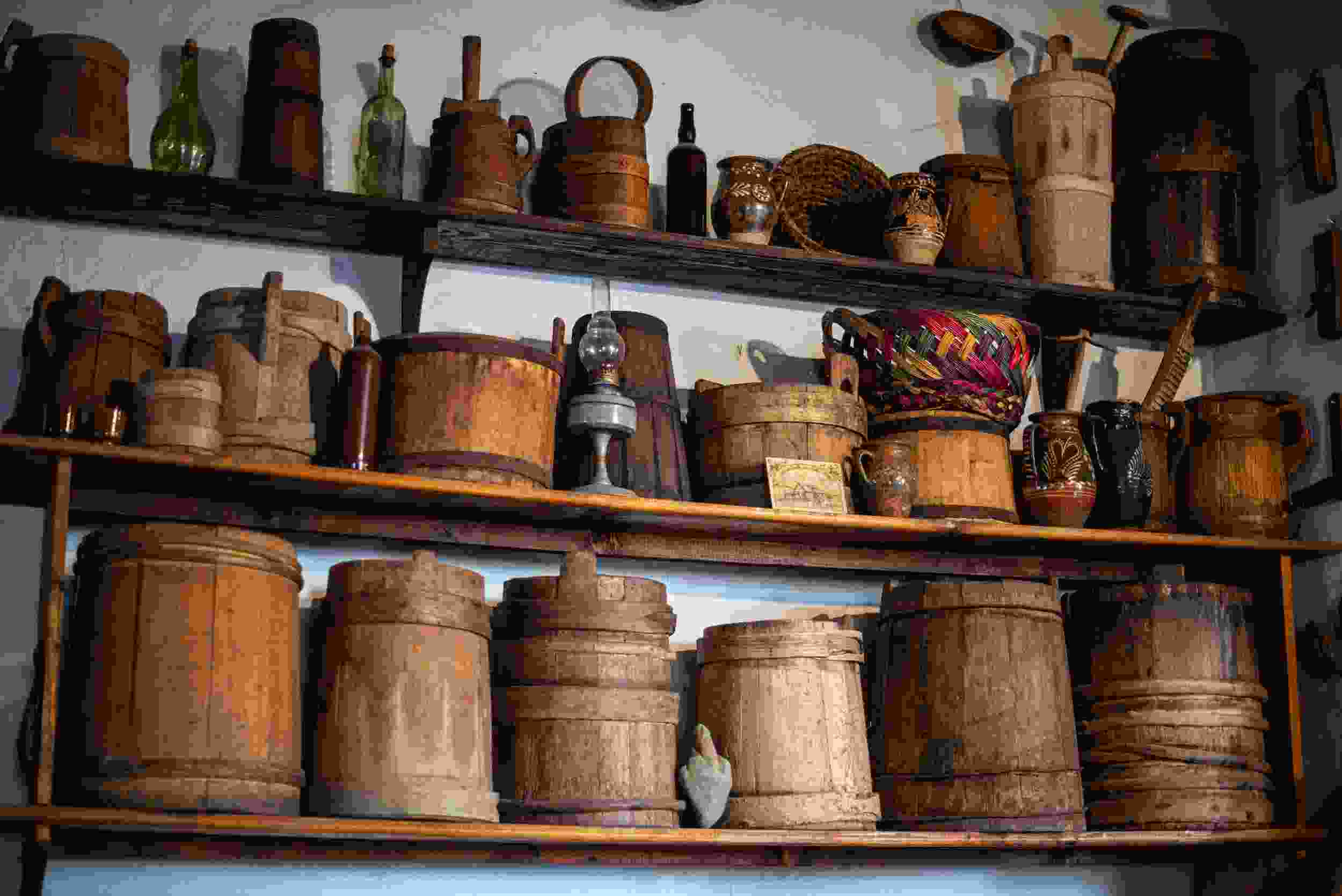 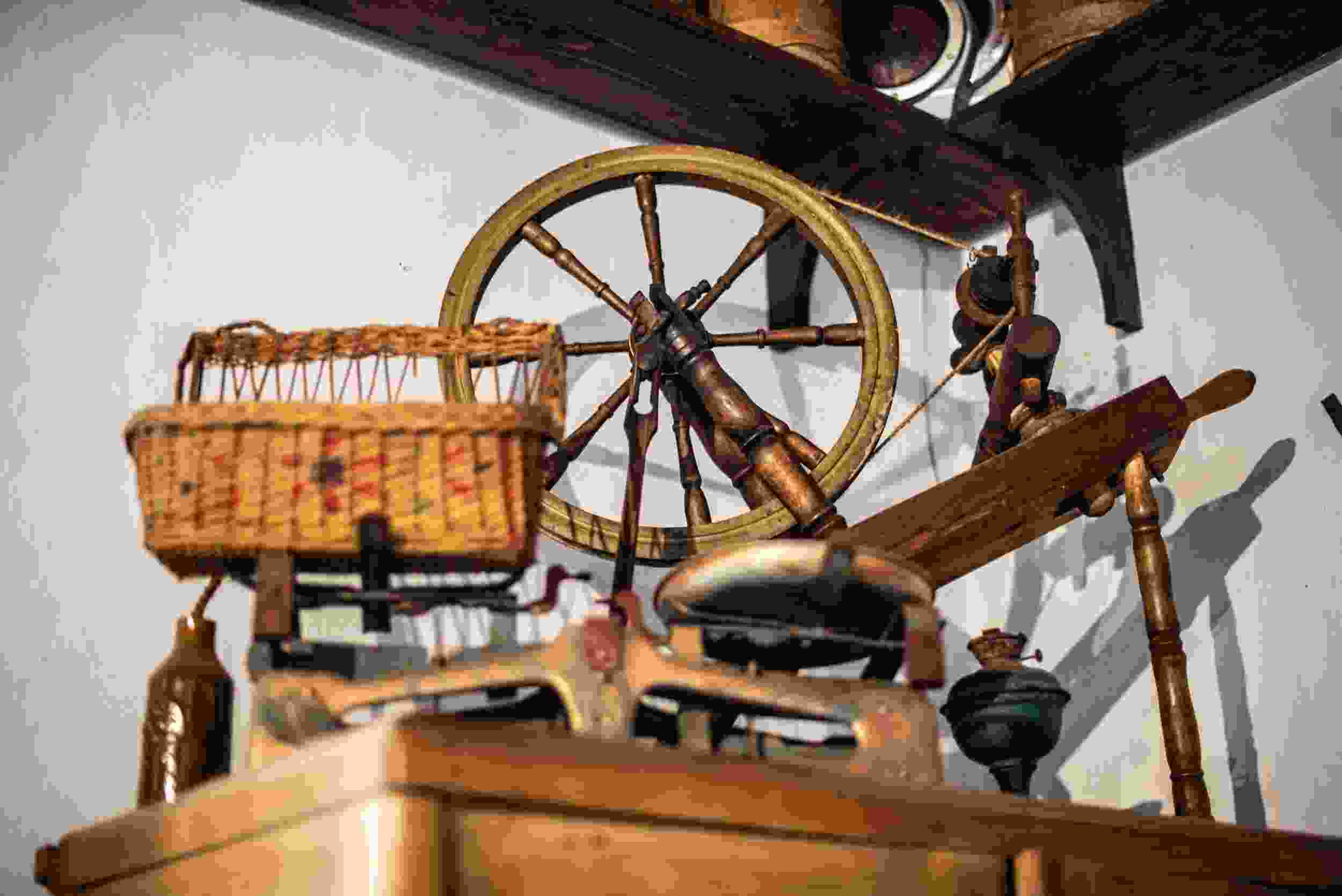 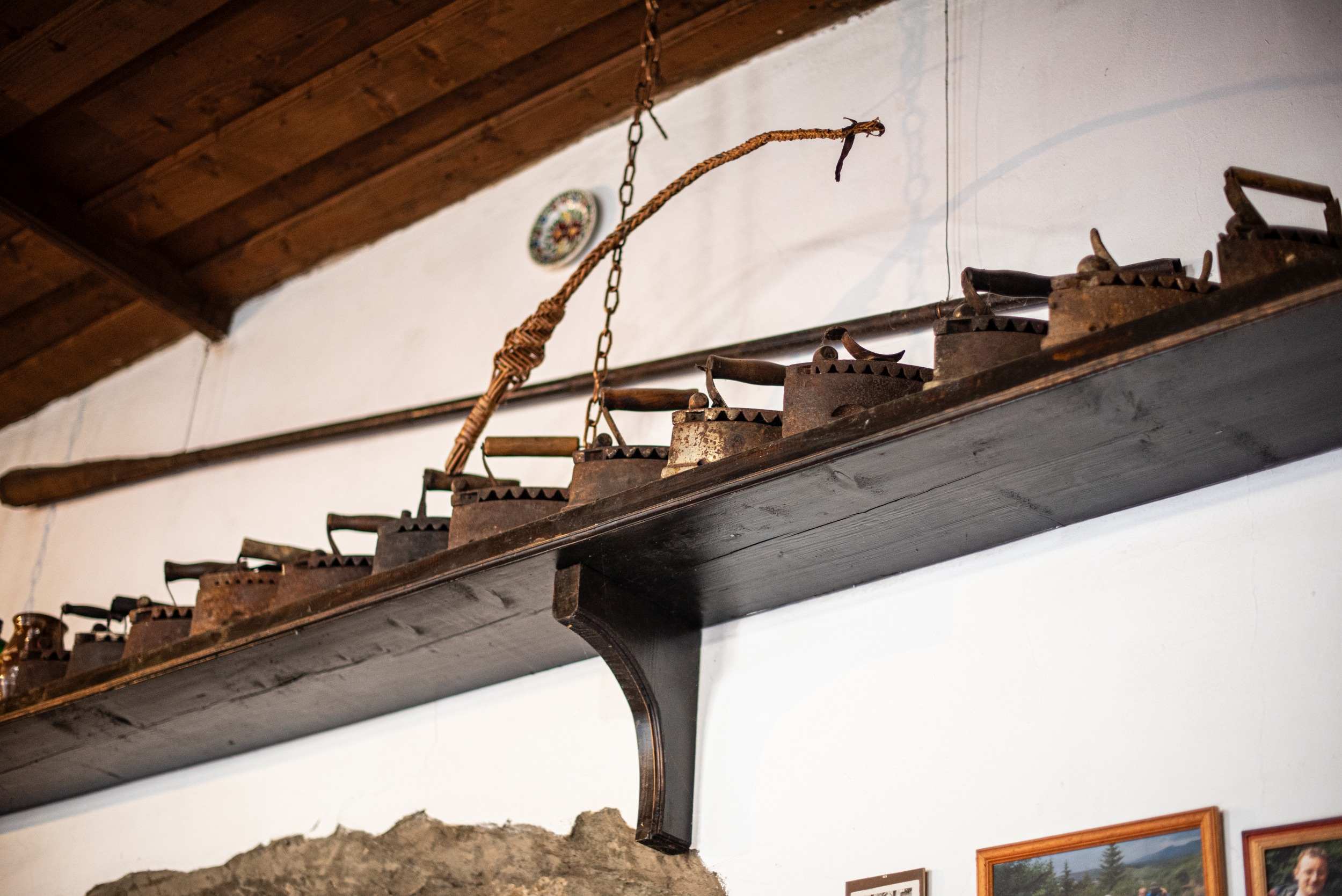 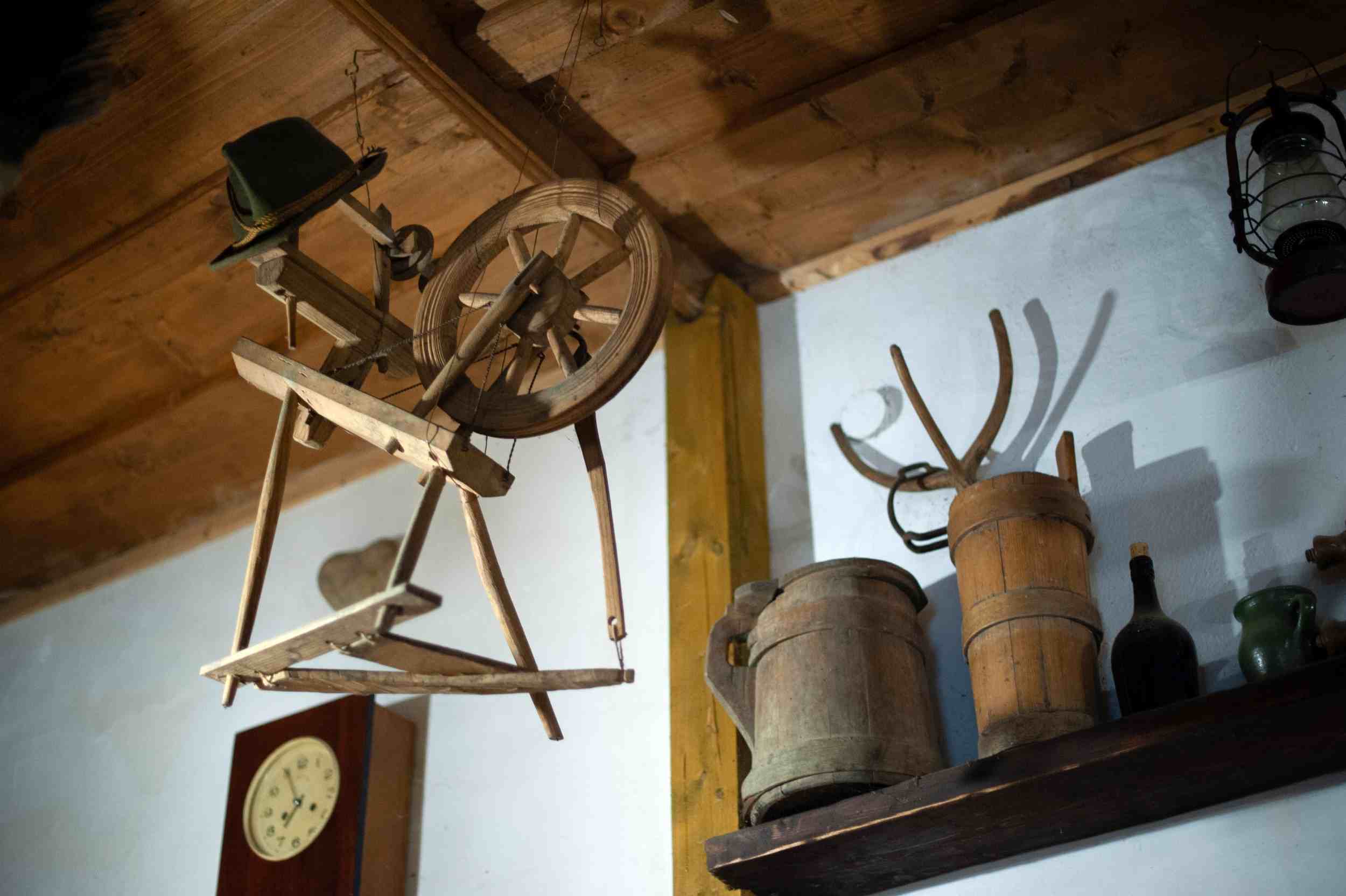 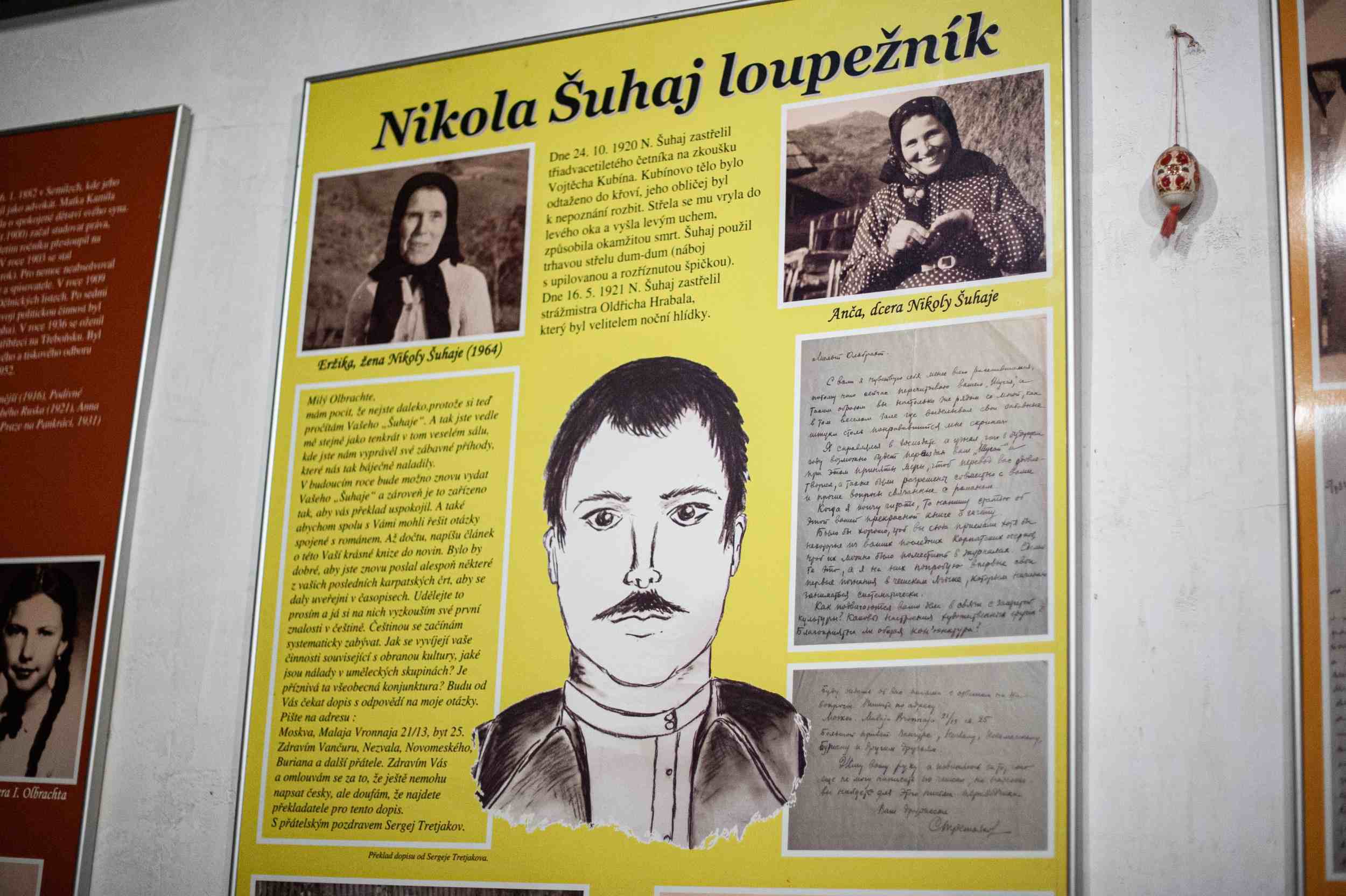 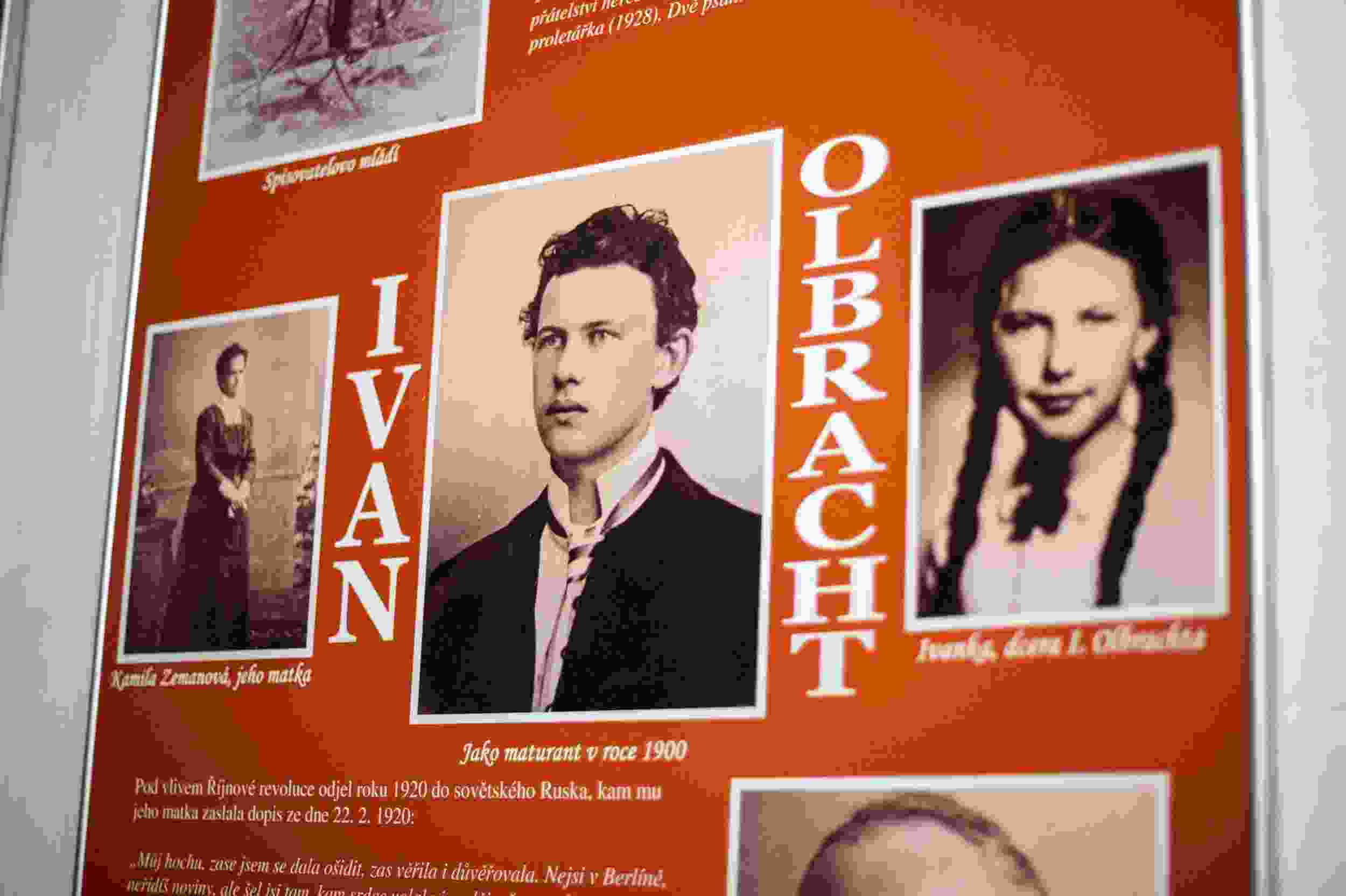 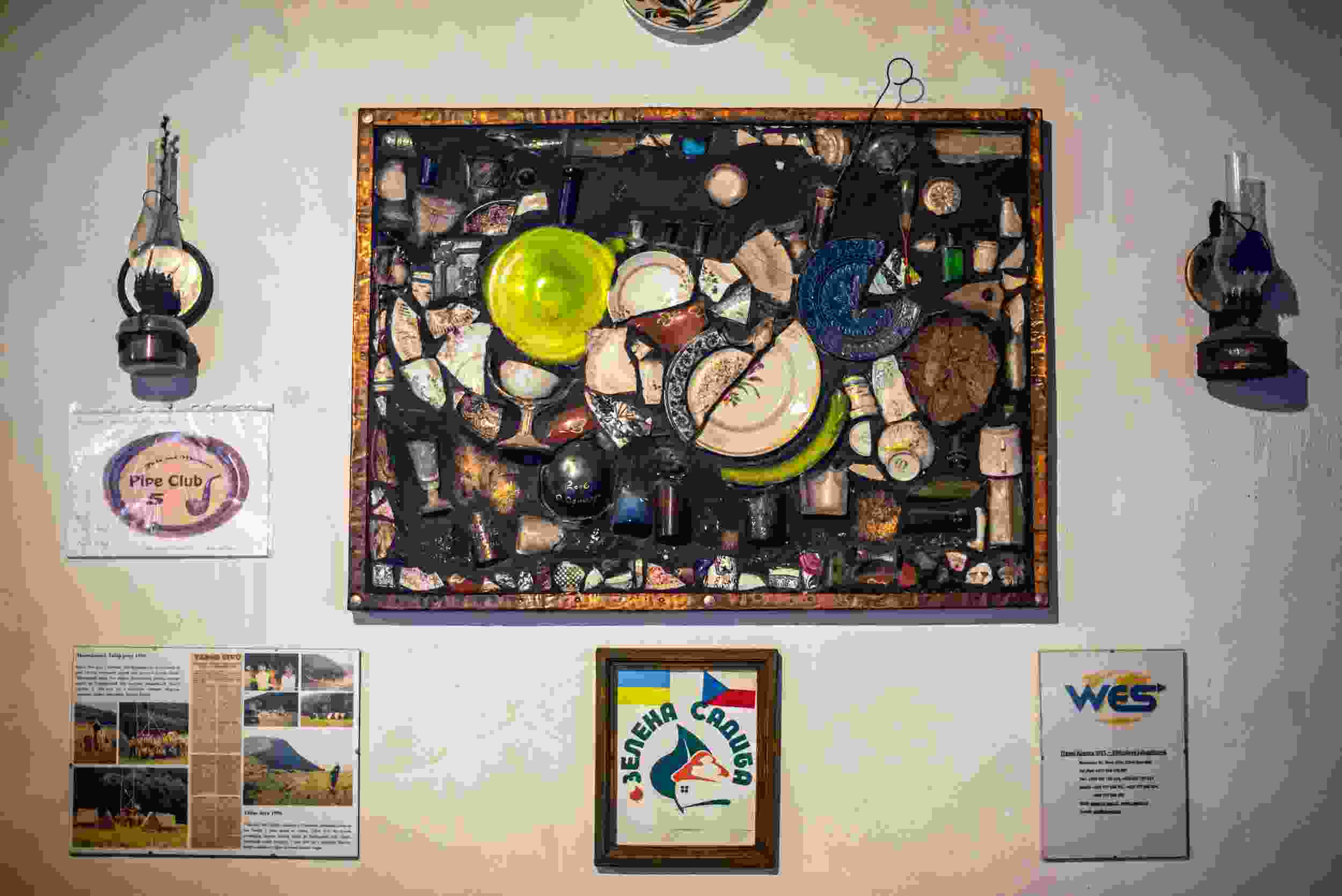 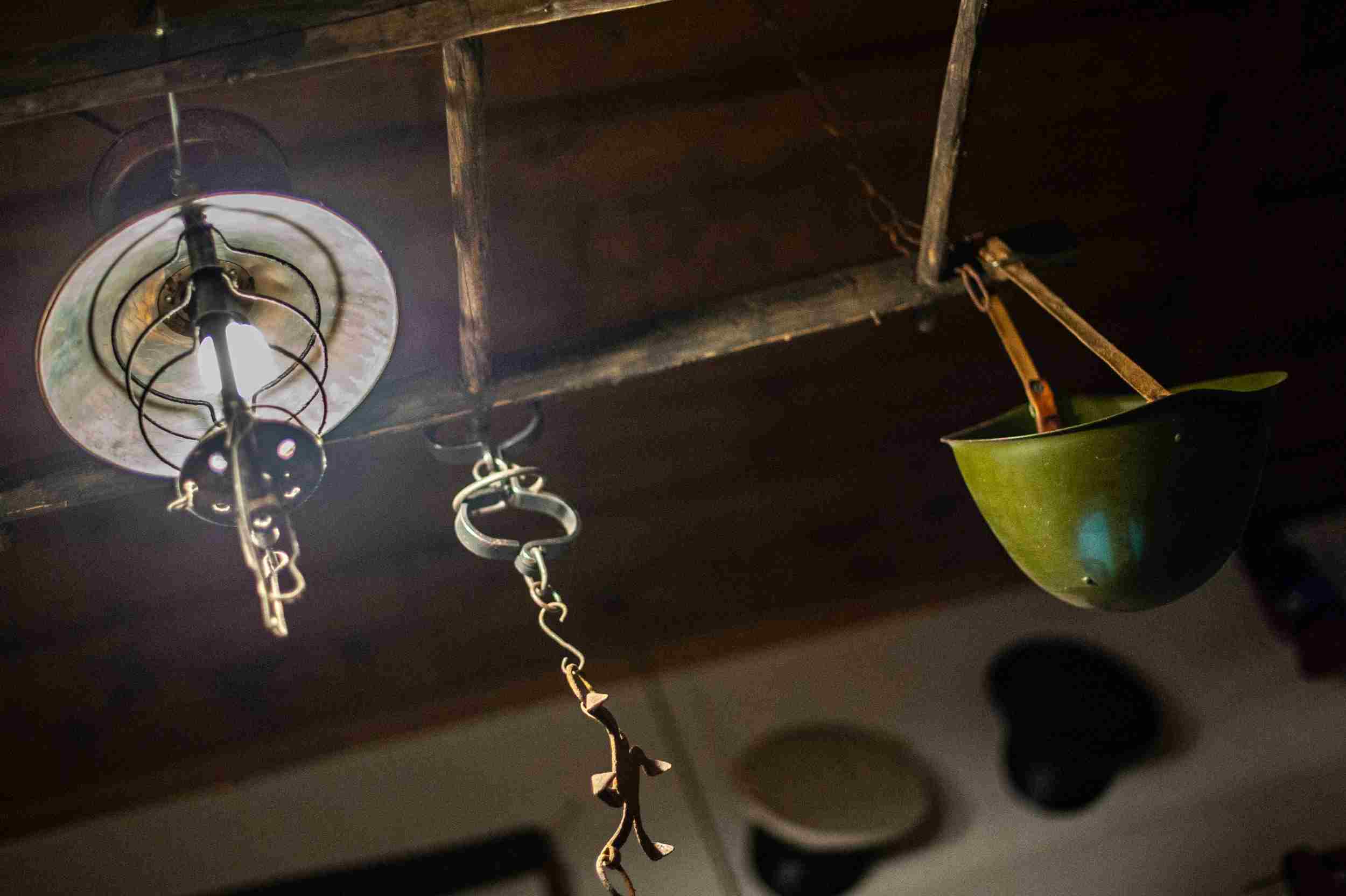 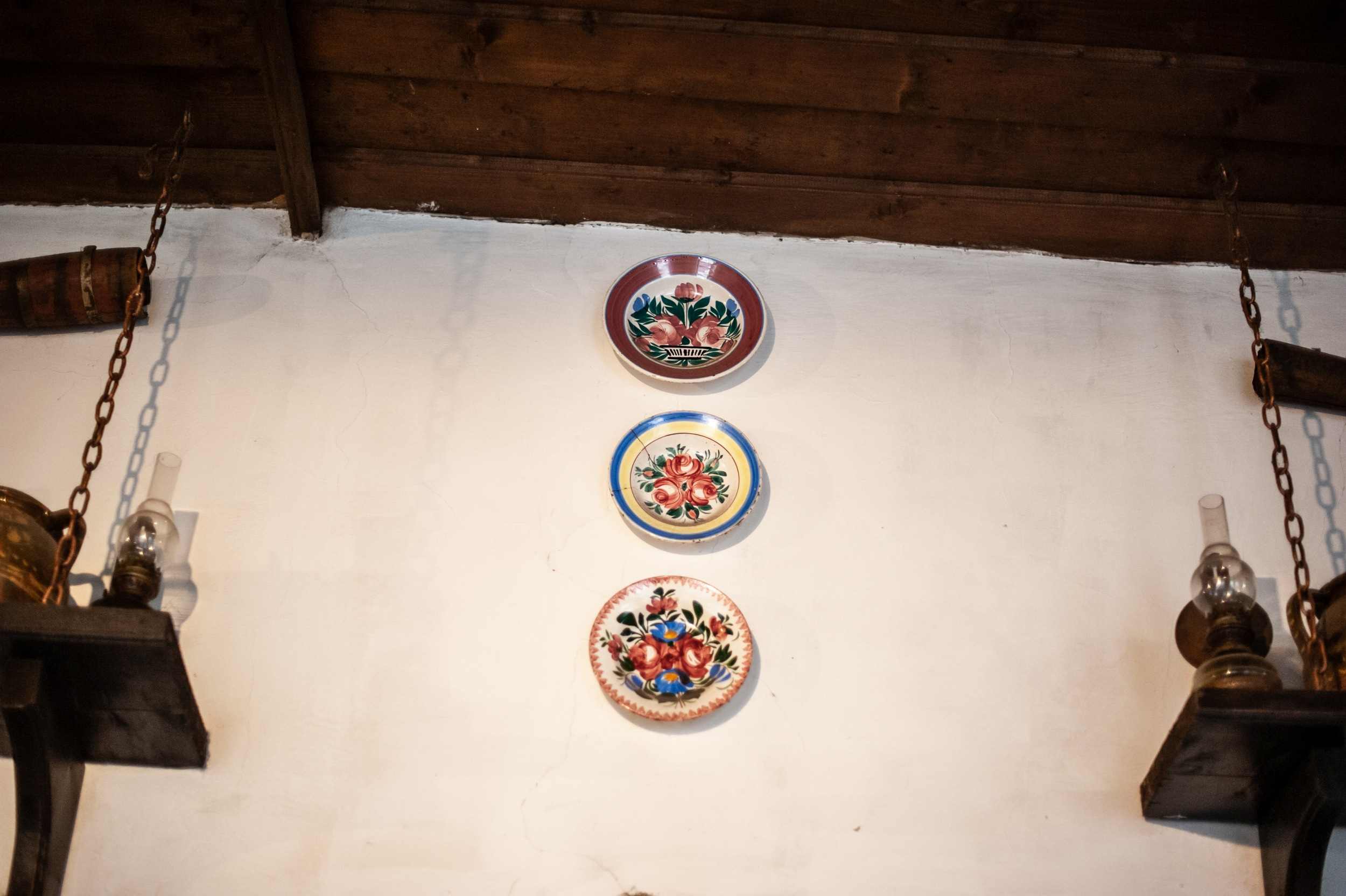 Most of the museum exhibits date from the beginning of the 20th century. One of the most precious ones is the “tabla” that once hung in the gendarmerie house, and also some books with the original signature by Ivan Olbrakht. 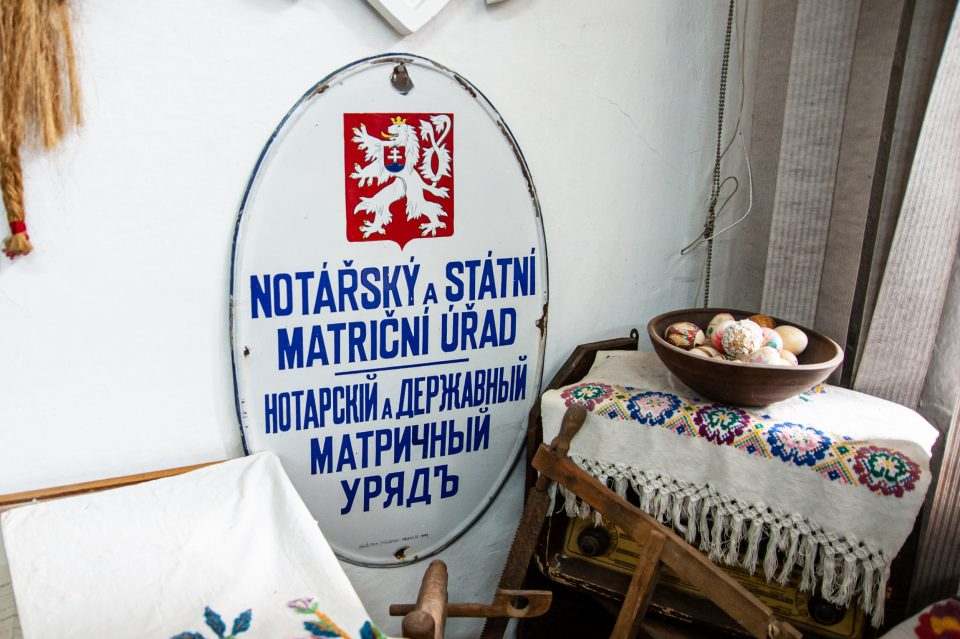 Reference. An adventure and poetic novel by Ivan Olbrakht, entitled “Mykola Shuhay, a robber” and published in 1933, became a masterpiece of literature. The main character of the novel was a real man, once living in Kolochava and became a legend thanks to Olbrakht, both in Ukraine and in Czechia. Besides, the writer’s pictures of Transcarpathian nature in the novel were so vivid that the literary critics of the time called it a poem in prose. The Czech literary scholar, Rudolf Havel once wrote: “Olbrakht managed to tell to the Czech people about Transcarpathia more than all the stately newspapers and magazines for the previous ten years…”

Back in 1930-ies, Ivan Olbrakht arrived in Kolochava and began his research on Mykola Shuhay, the life of the Czech gendarmes of the time and why the locals never thought they were bad guys. Shuhay was persecuted because of his unwillingness to return to the army. So he was hiding in the mountains, hoping that the then government would go away like the previous ones. Mykola was a local, with good knowledge of the area and had a sweetheart here, called Erzsyka. Yet, he could not save his skin, – Natalia tells.

The woman says: if not for Olbrakht, the village would never be the way it is now.

– Thanks to Olbrakht, the village of Kolochava got known and is, still. It has become a touristic habitat, a symbol of the opryshkis’  (a law and order avenger in Transcarpathia) movement, an area homely for Czechs. Moreover, the writer helped the poor and orphans, the disabled ones. He organized parties and education. On the other hand, he was a romantic, a sentimentalist who fell in love with our nature and described it. It enchanted him then and inspired. And so it is nowadays: people visiting our land at least once, is sure to come back. 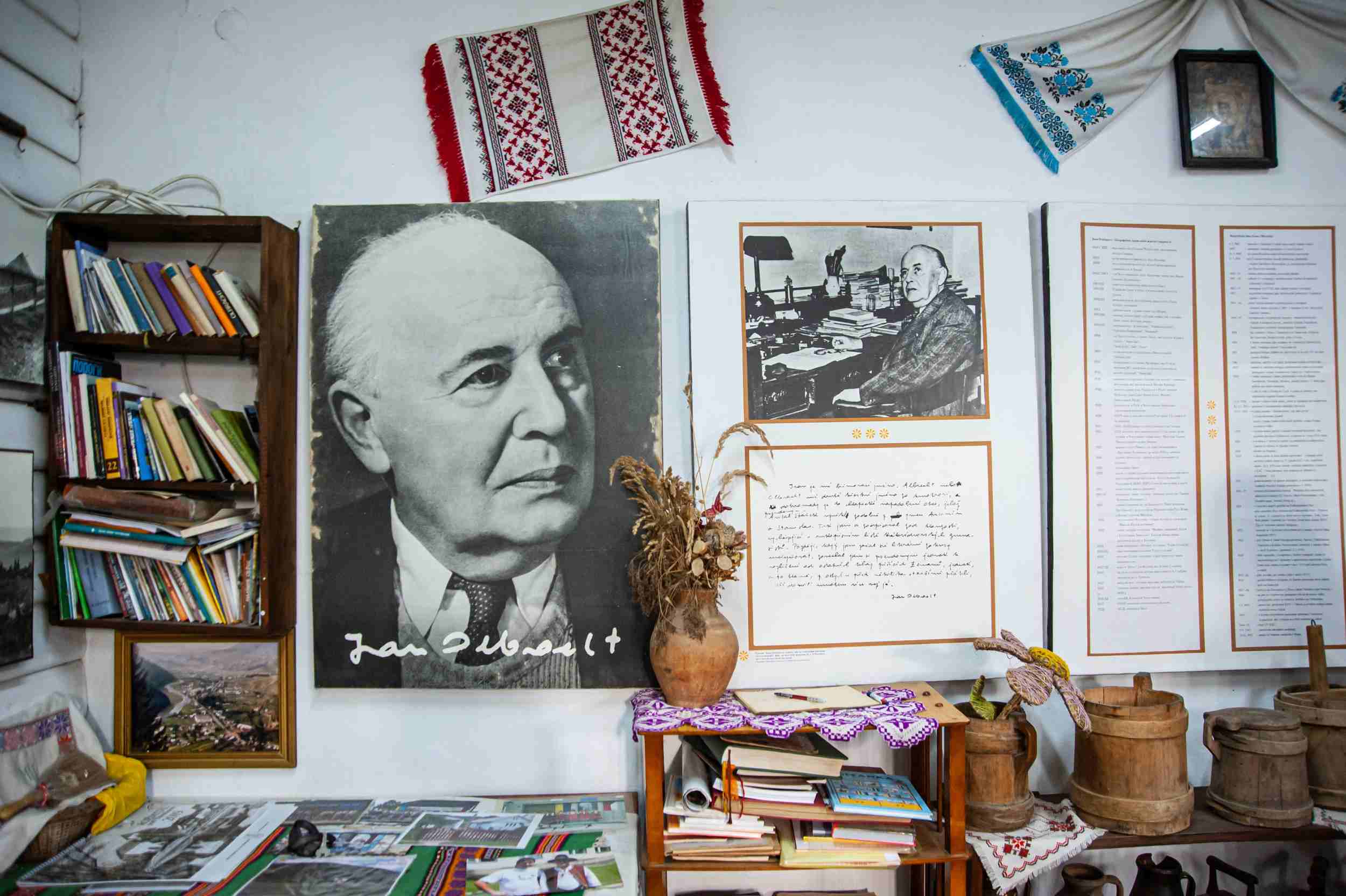 The award of «Gratias agit»

Natalia’s first visit to Czecha was yet in 1994. Then she participated at a conference and studied the museum affairs in other countries, even without a proper command of the language. Today, they treat her as an insider in the cultural and diplomatic circles.

– I knew nothing about the award from Czechia then. I was invited to a diplomatic event hold in the village of Pylypets. As the meeting went on, the consul general of the Czech Republic stood up and says: “I would like to express our gratitude to a personality, and actually we are all here because of her”. I was then thinking to myself like, hmm I wonder who that might be. And then I heard: “Honor to Natalka!” All of the six senators rose and came up to me and bowed. Then the Consul General started delivering the official speech, inviting me to the Ministry of Foreign Affairs in Czechia for the commencement. «Gratias agit» is the country’s proud for the Czech Republic. It seems that this award really meant a lot not only to me but for the village, too. I mean, that means a positive image, an honor, – Natalia tells.

The award is presented annually to foreigners as acknowledgement of their merits in popularization of Czechia in the wide world. The award winners are writers, cultural figures, politicians. One of the most famous ones is Madeleine  Albright, a former State Secretary of the USA, Milosh Forman, the film producer.

Czechs commonly call Natalia “a Czech angel”, “a kindly soul”. She has had to save their lives literally: extreme situations, lost in the mountains, accidents, treatment – they come to her in all these matters. 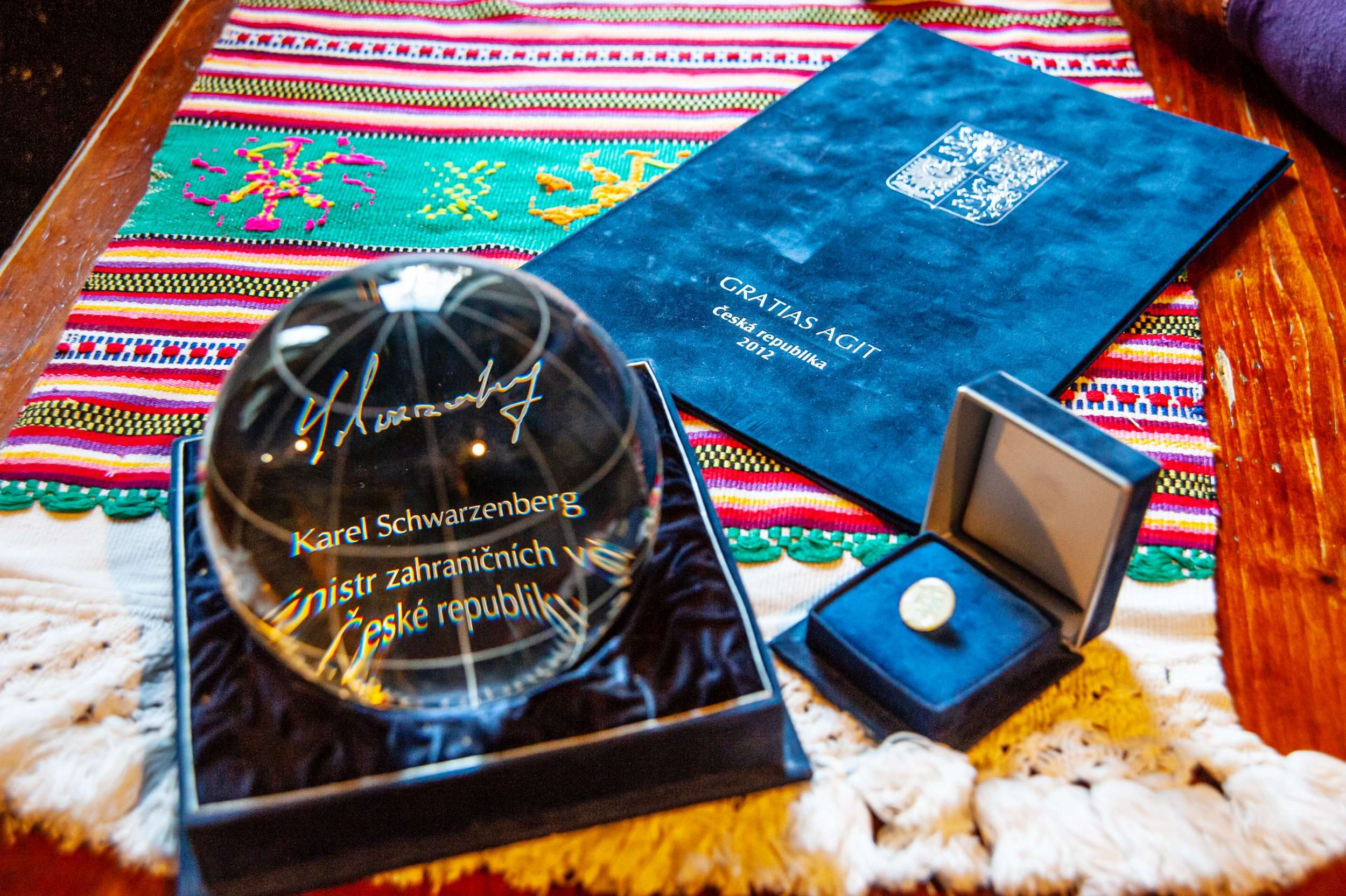 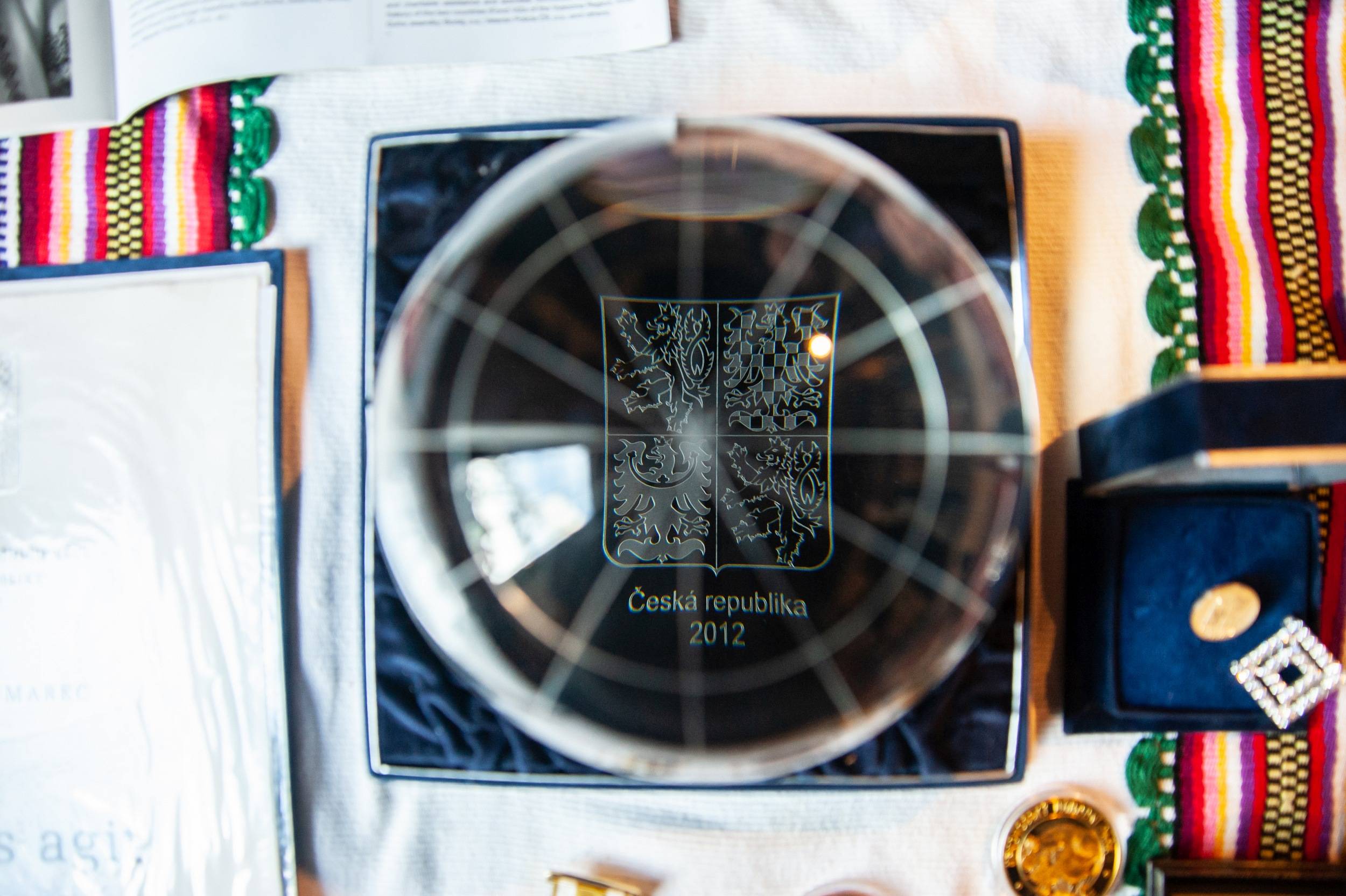 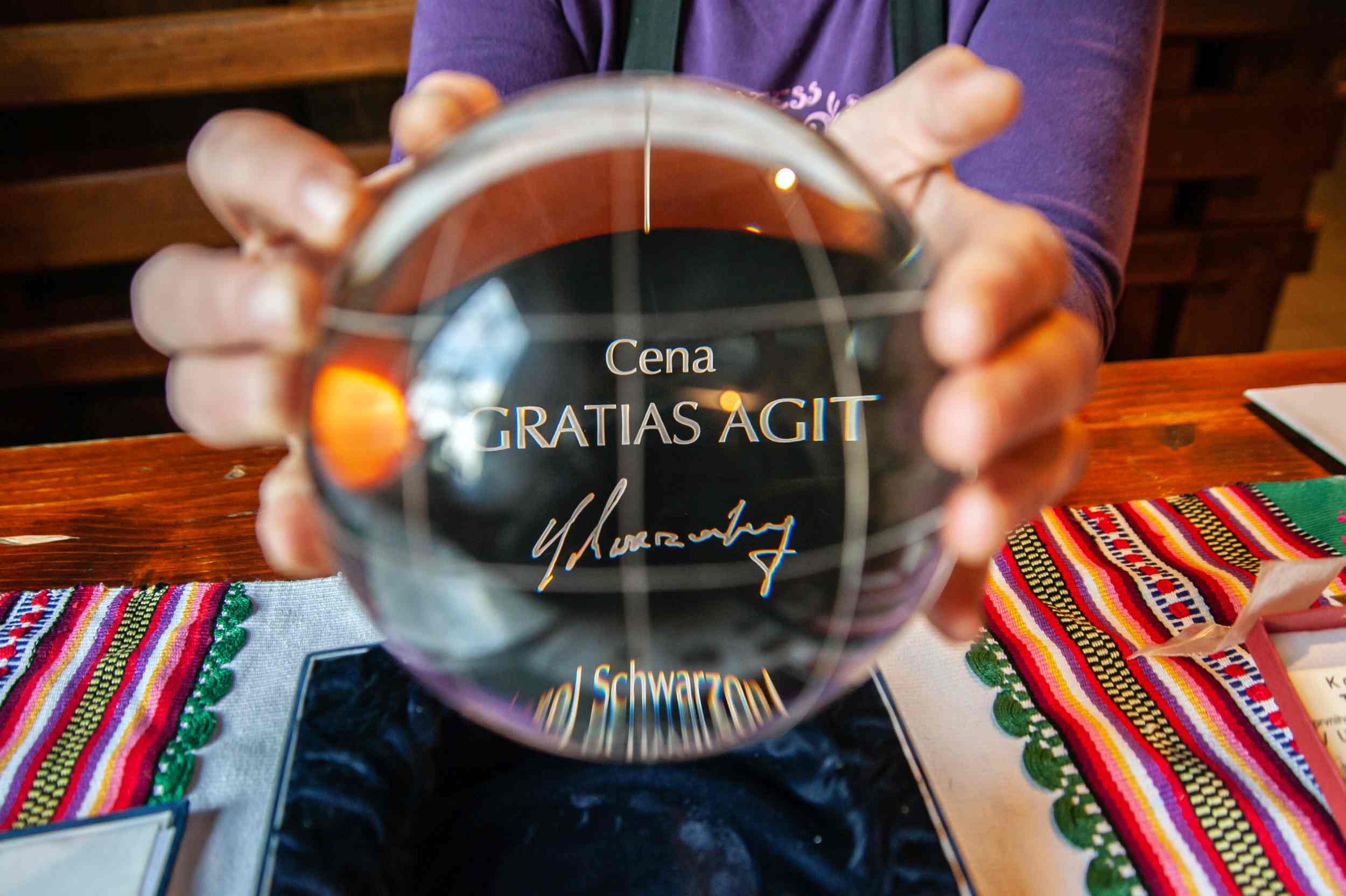 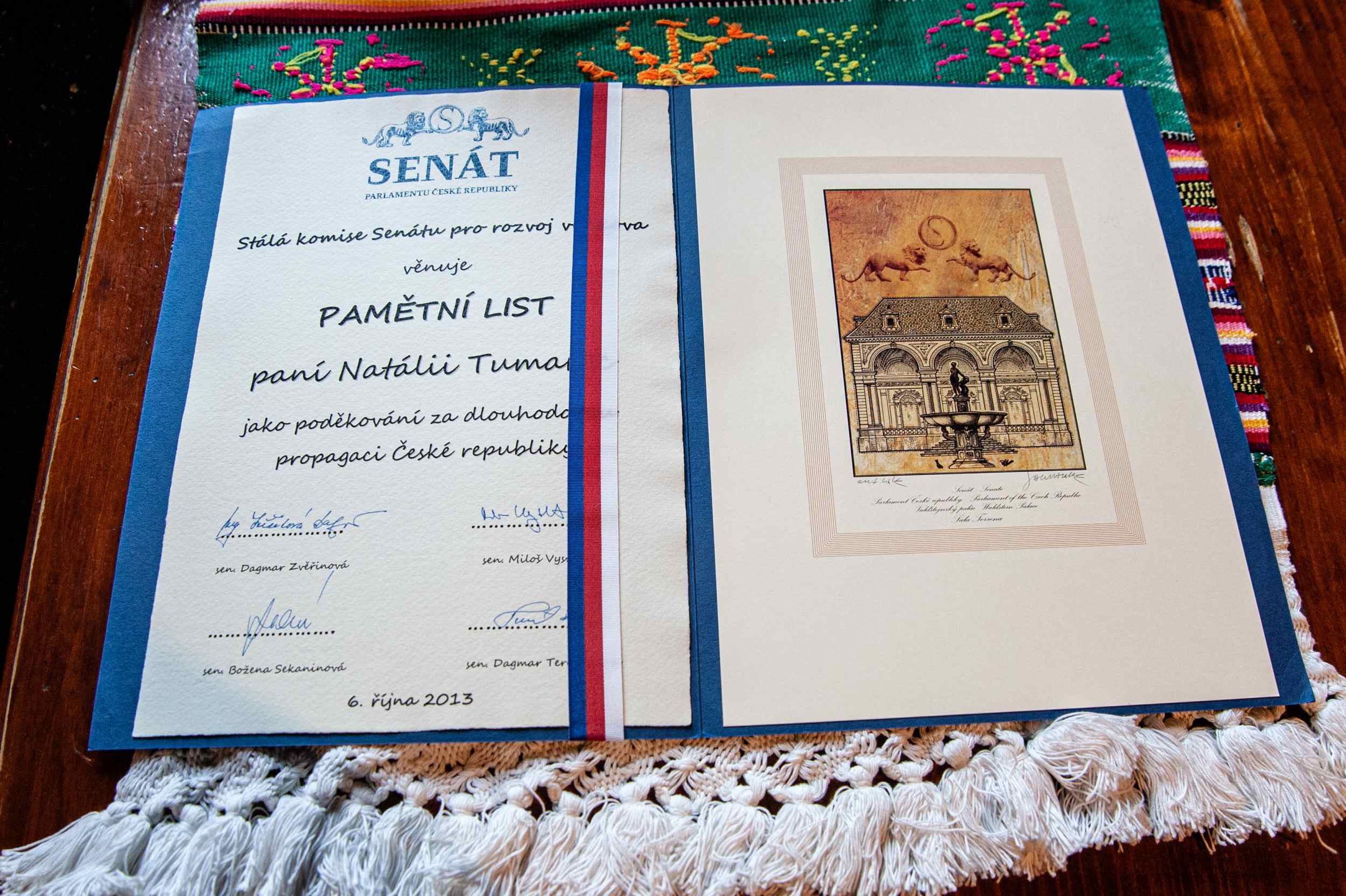 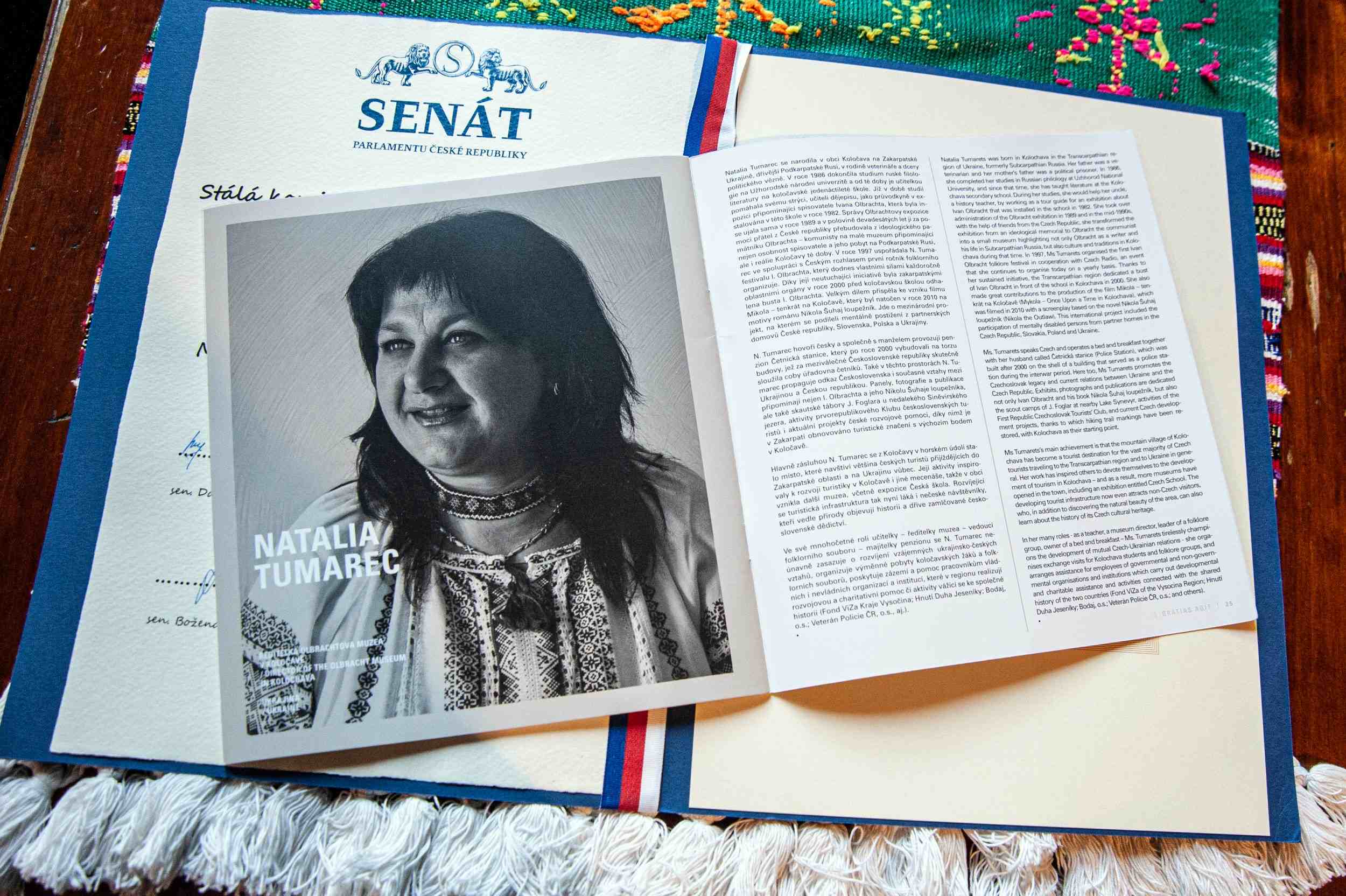 – The dearest thing between the Czechs and Ukrainians is the mutual respect to one another and their culture. Traditions unite people. This is especially true in the province, you hardly ever feel it in big cities any longer. When common people gather round, there is sincere harmony, singing, music, food, – Natalia smiles.

The 7-kilo bullet from the Czech government is the only one. Ukraine’s got the second one. However, the award owner, who lived in Lviv, now has moved to Czechia.

– My job in Kolochava is really the best for me. The village is changing. The young ones are already thinking not only about earning money and season labor but take interest in leisure, education. And the most important – they return home. I am pleased they understand: there’s no place like home.