Cases of successful local businesses in Transcarpathia, popularizing the regions far and beyond

One of our previous stories, devoted to the investments wonder in Transcarpathia and the strong feelings it awoke with our readers inspired us to tell more about business that drives the region, turning more positive attention to it.

So we sat down in the editors’ room and simply started writing down these cases, counting them aloud.

– Transcarpathia means wine. However much criticism the companies of Chizay and Cotnar get, still their wines are acknowledged as Ukraine’s best wines and they get exported to the USA and Hungary. From all over Ukraine and from abroad, tourists arrive to Transcarpathian wine festivals just with the purpose of tasting the wines produced by the local private winemakers, such as Ivan Ursta, Carl Soos, Vasyl Pauk, Oleksandr Kovach, Vasyl Antalovskiy and many others that have already become brandnames themselves.

– IKEA? Surely a cool brand but best wooden products when it comes to home furniture – that means Transcarpathia. If you have chairs, a table or a bed made of oak or beech at home – check out if it’s by chance not a “Klen” a “Pavlyk”. These are unique cases of a local family business at all.

– Transcarpathian cognac, either under the same name or under that of “Tysa” or “Uzhhorod”. Unfortunately, the rooftop of the Nevitskiy Castle’s donjon has crumbled, as it was depicted at the spirit label, becoming a part of a popular brand. The more so, since 2026 all cognacs in Ukraine will be renamed into brandy but in their memories many will associate the best cognac with Transcarpathia.

So far we have mentioned only a part of the ideas communicated in our editors’ room during the improvised brain storm on the topic. As a result, we collected about 3 dozens of local brands in Transcarpathia having a considerable social component.

Each of the examples deserves a special publication, for, as a rule, there’s a unique exciting story behind each of the brands. A story of definite people. Often adventurers. Surely romantics and dreamers. And mostly – people with values and principles of their own.

In this article, we are going to tell you of three such cases. Let’s start with a friend of ours and probably Ukraine’s best chocolatier, Valentine Shtefanio.

A pastry chef of a great heart

To others a confectioner’s job looks very aristocratic and refined. That’s how Valentine looks at work. But few could guess how much effort and hard labor is behind the confectionary brand of Shtefanyo Valentin & Valentina.

It was founded by twins – a brother and a sister. Valentine first worked as a pizzaiolo and then decided to try his hand in confectionary, and he made the grade. In 2008, his sister Valentina and he represented Ukraine at the first Mondial des arts sucres, which is actually the world’s championship in confectionary art. That’s how he gained acknowledgement for the first time. 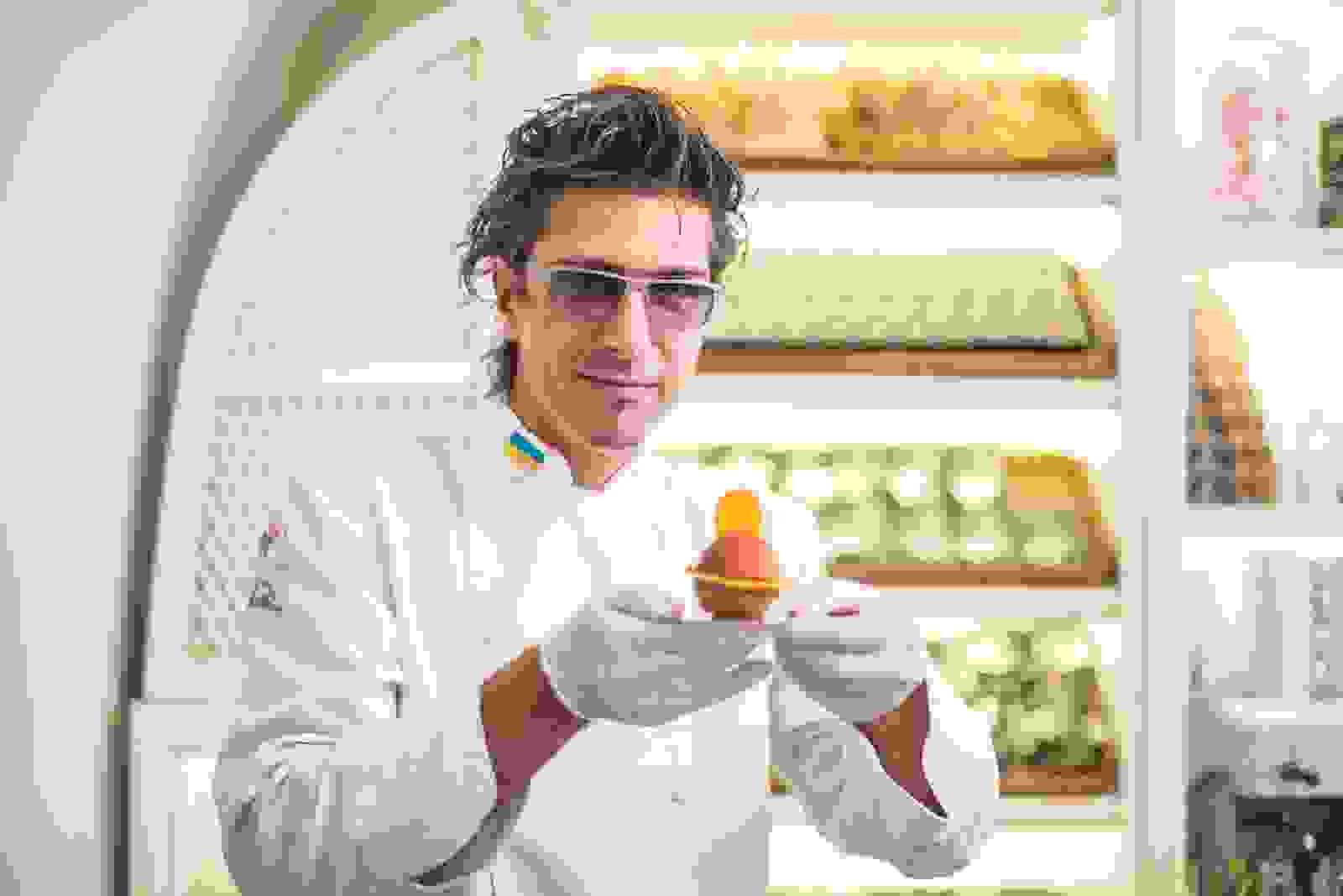 While Valentina decided to immigrate to France, Valentine decided to realize his ambitions in Ukraine. Moreover, in Transcarpathia, particularly.

– I do not have a goal of creating an industrial production of sweets, desserts or tarts, although I could do that, earning lots of money. However, my image of my profession and its mission is different.Sure, I want my product to be known in the whole world, that’s why I established a brand name. But at the same time, my goal is for everyone feeling like tasting macaroon, sweets or cakes by Shtefanio to come to Transcarpathia, to Uzhhorod. This is the philosophy that is the basis for all of my confectionaries, production, receipts, – Valentine Shtefanio explained to us. 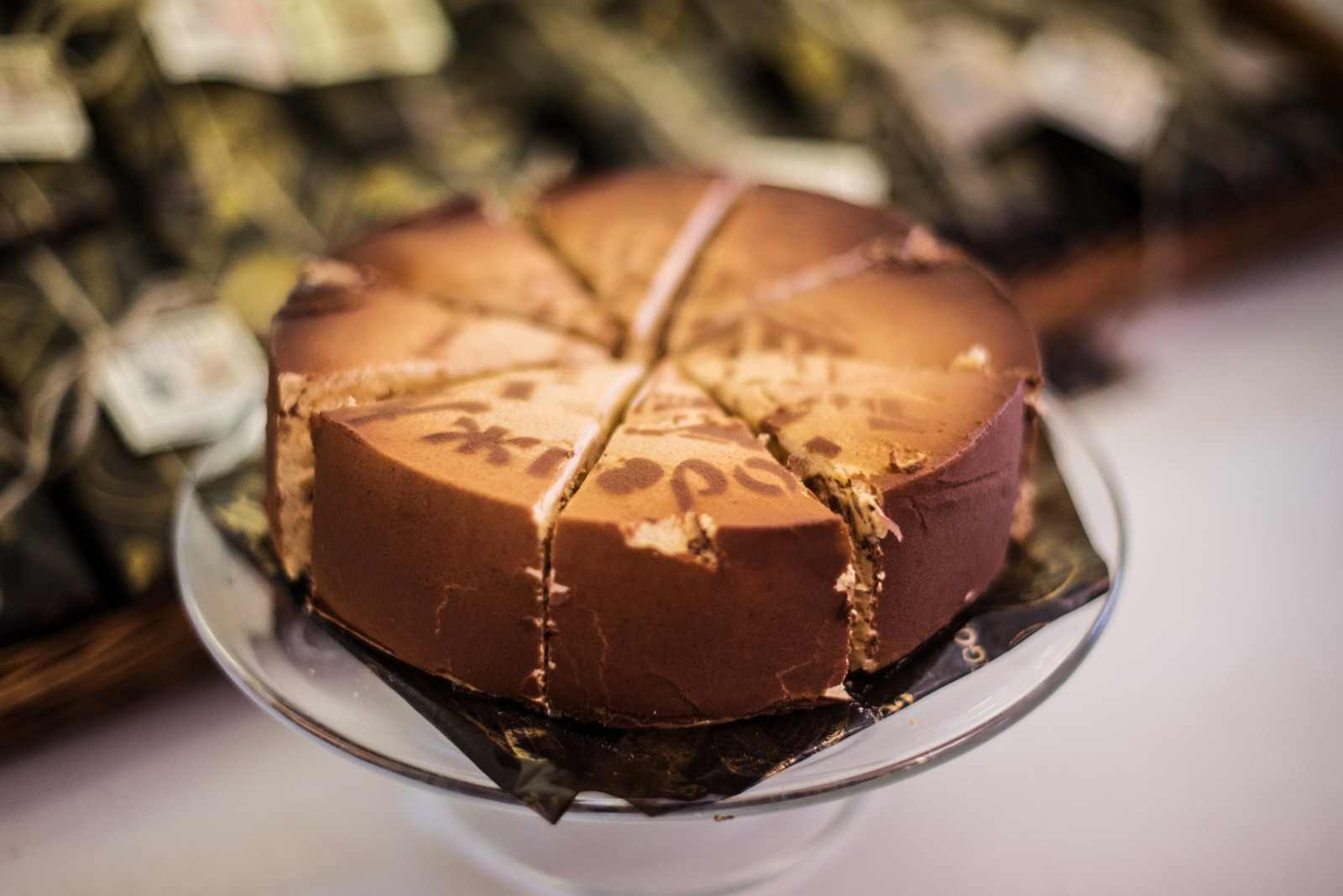 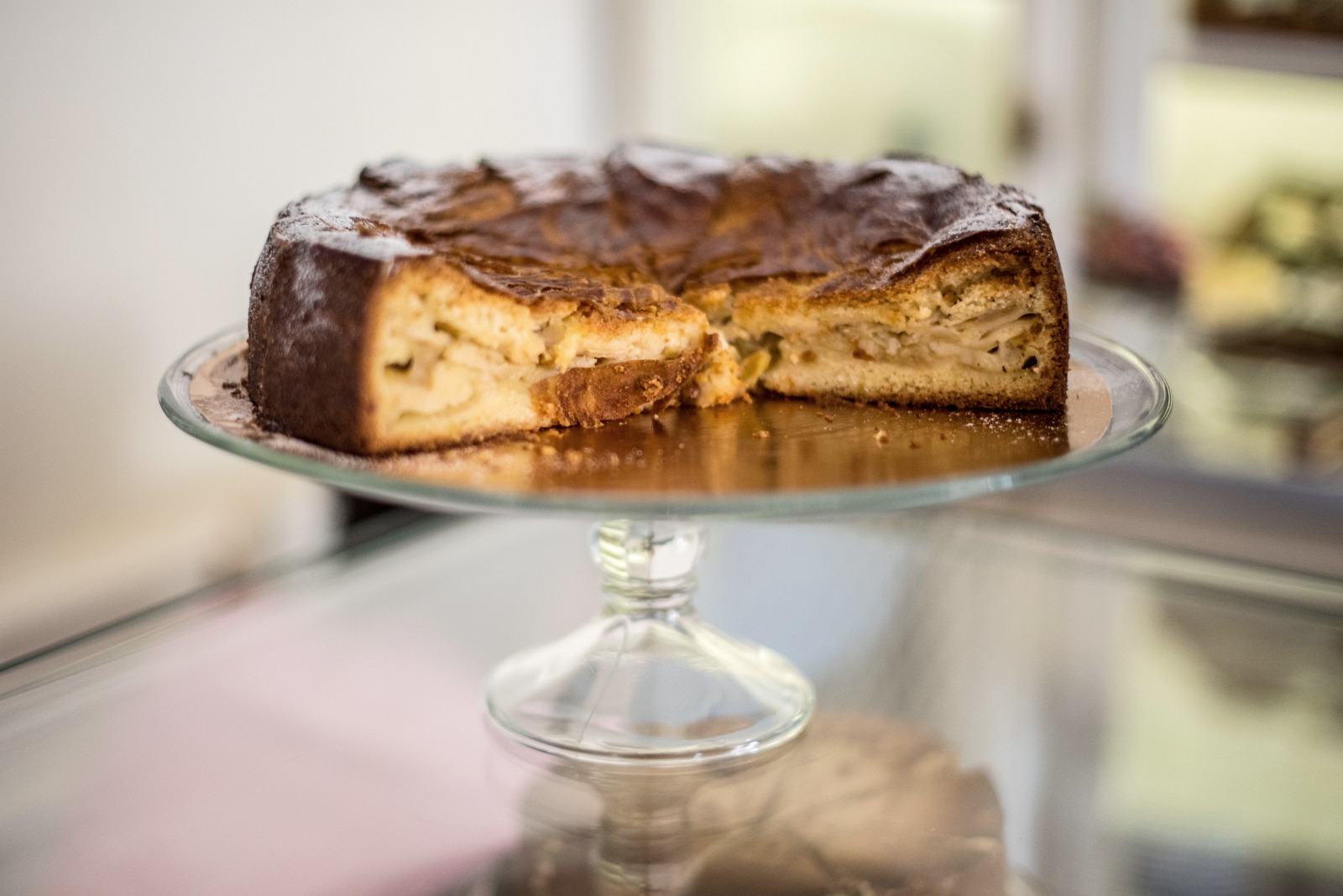 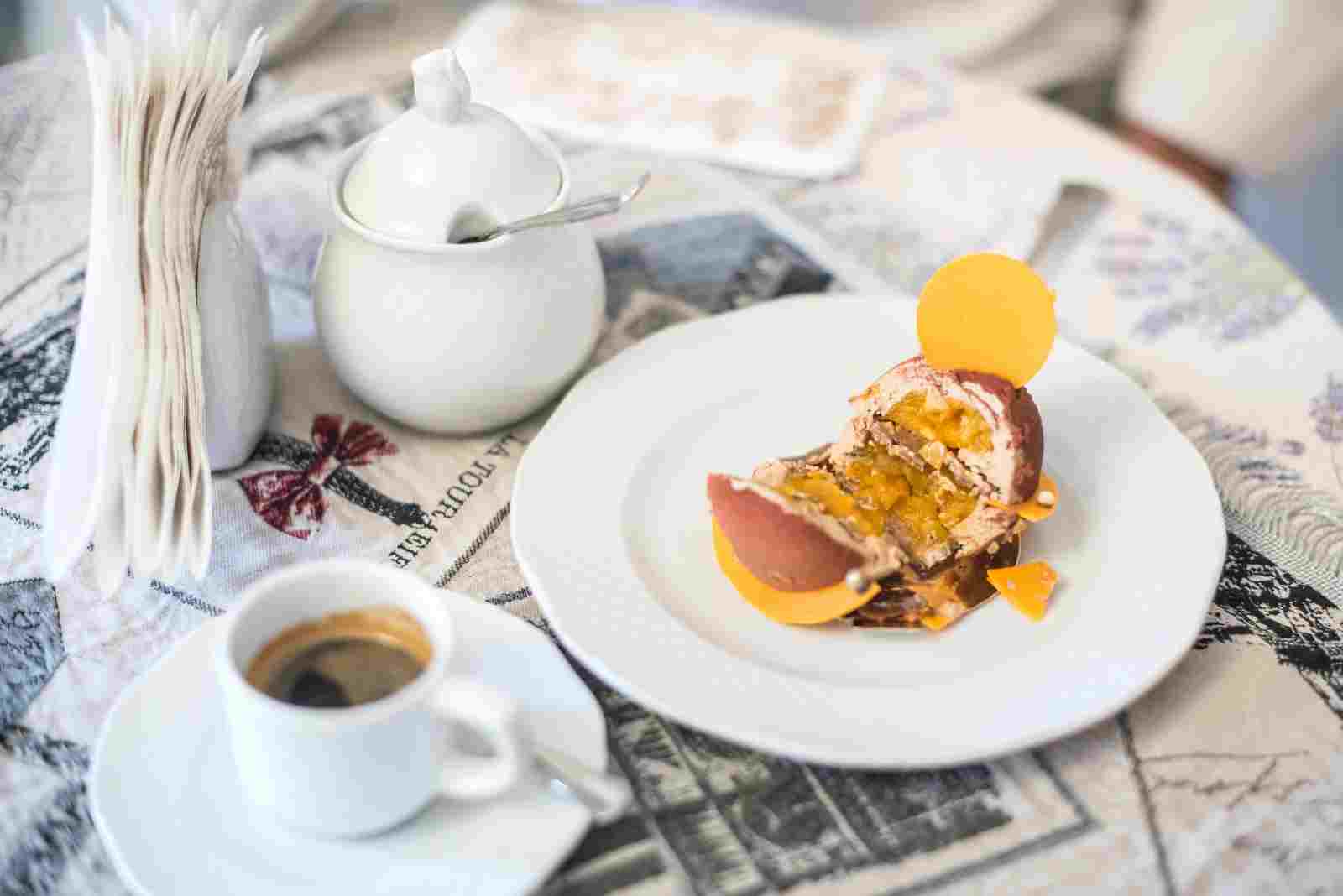 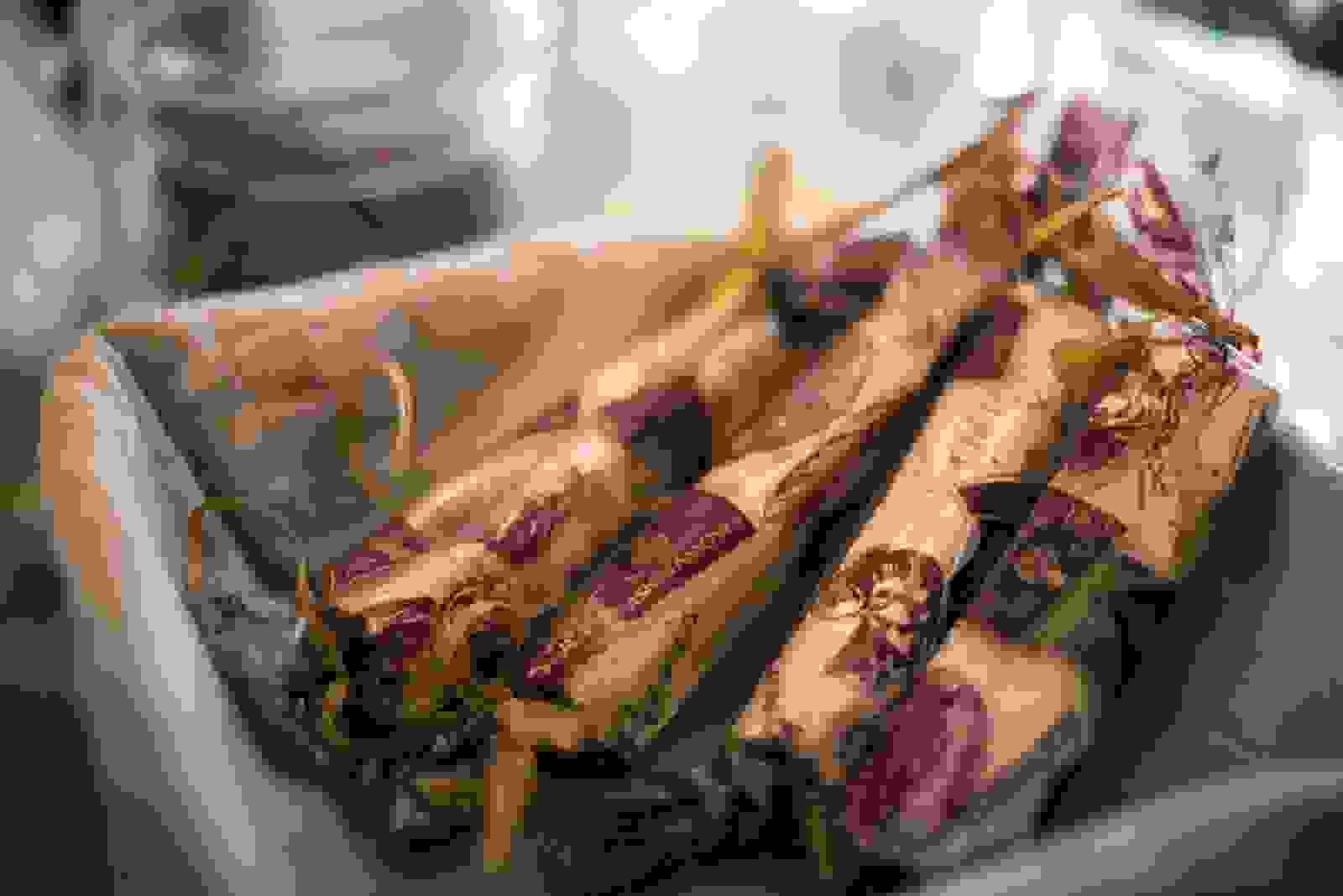 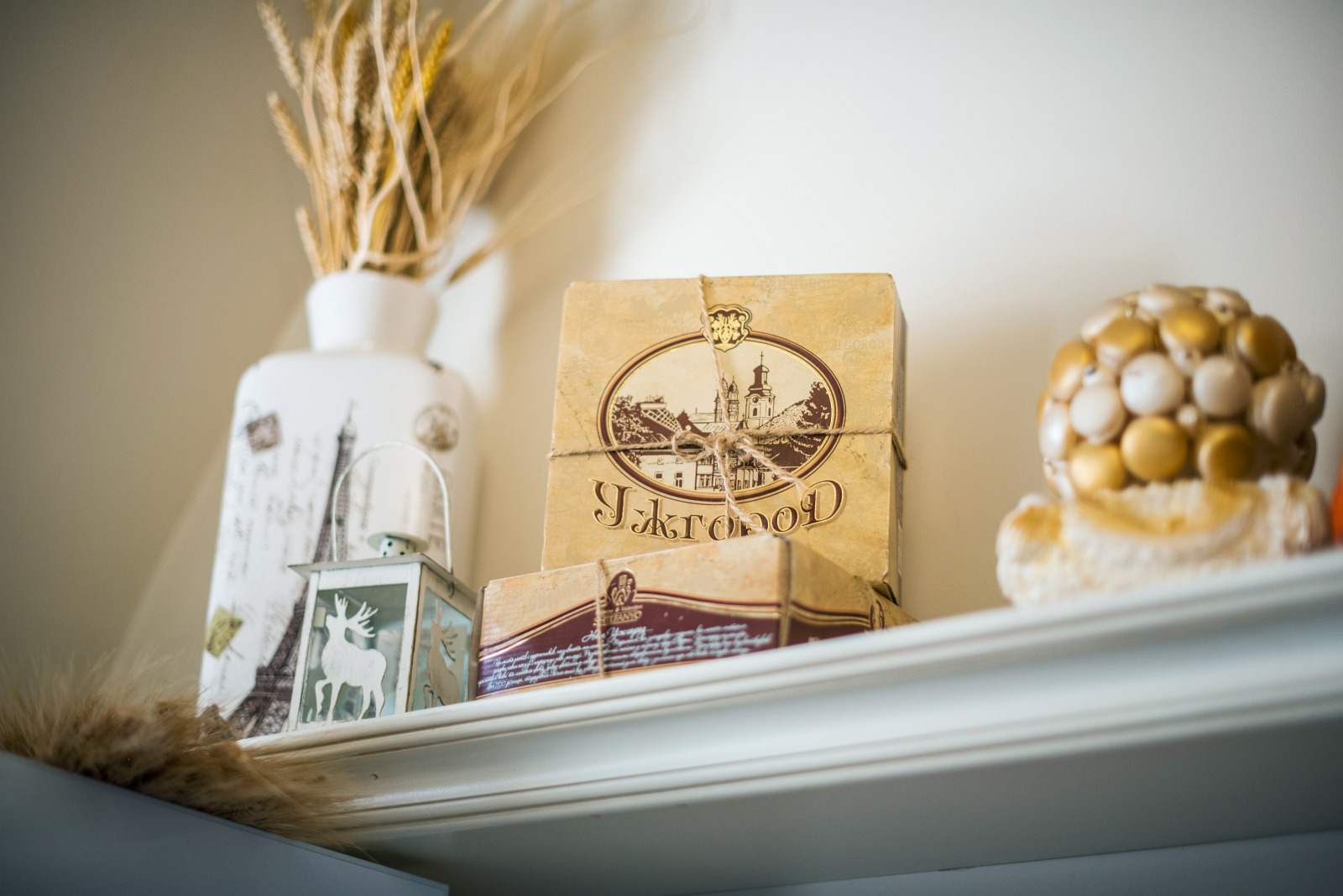 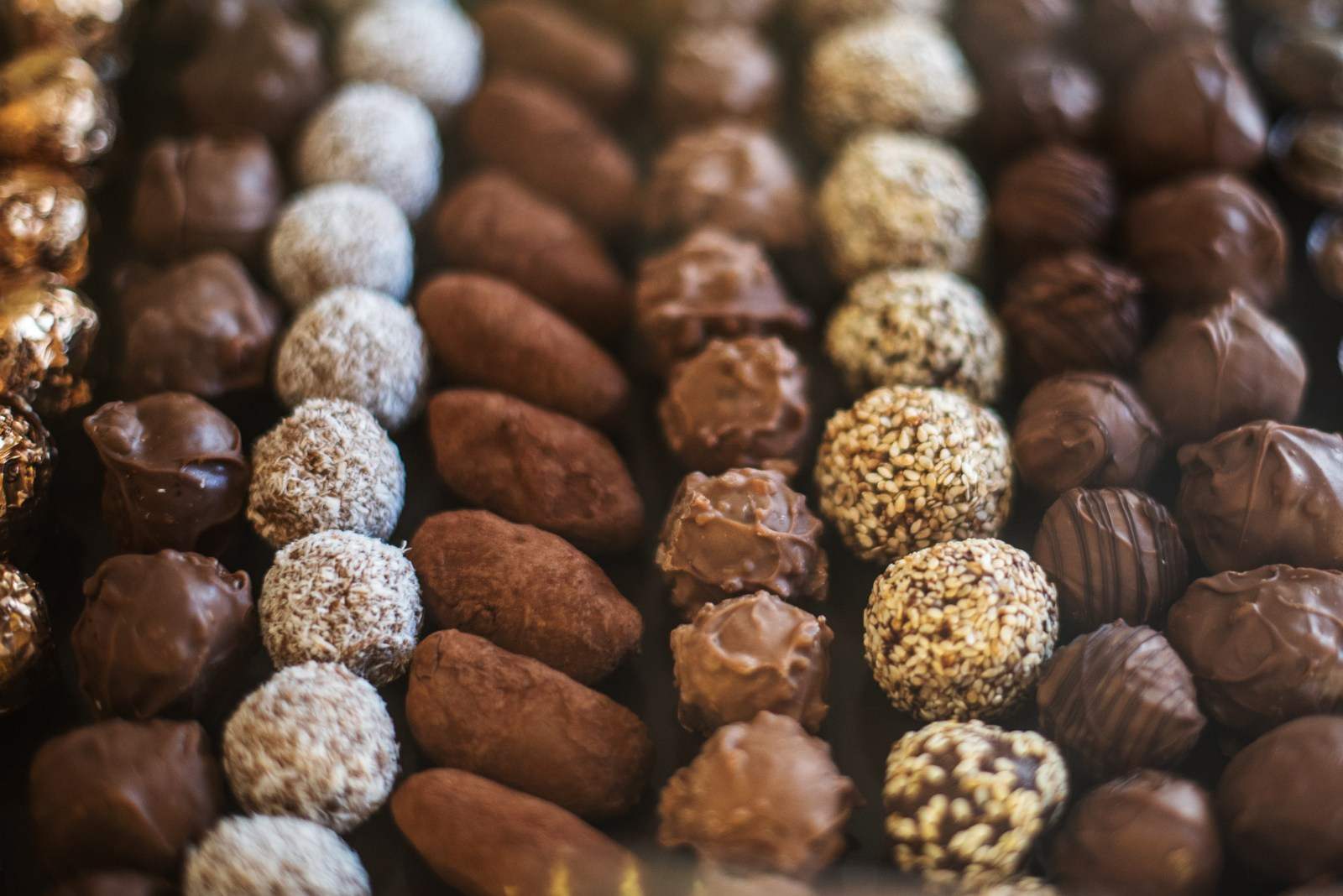 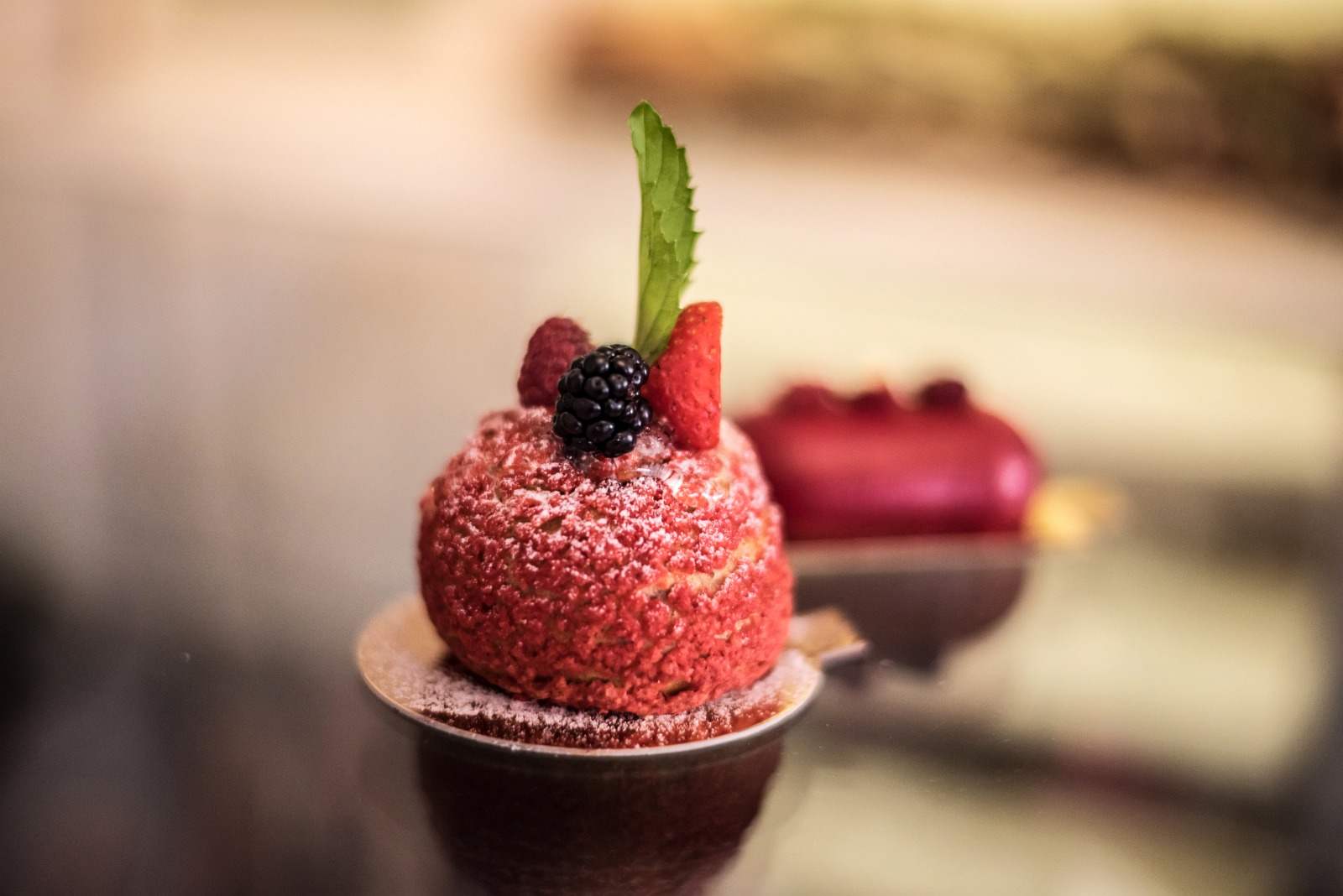 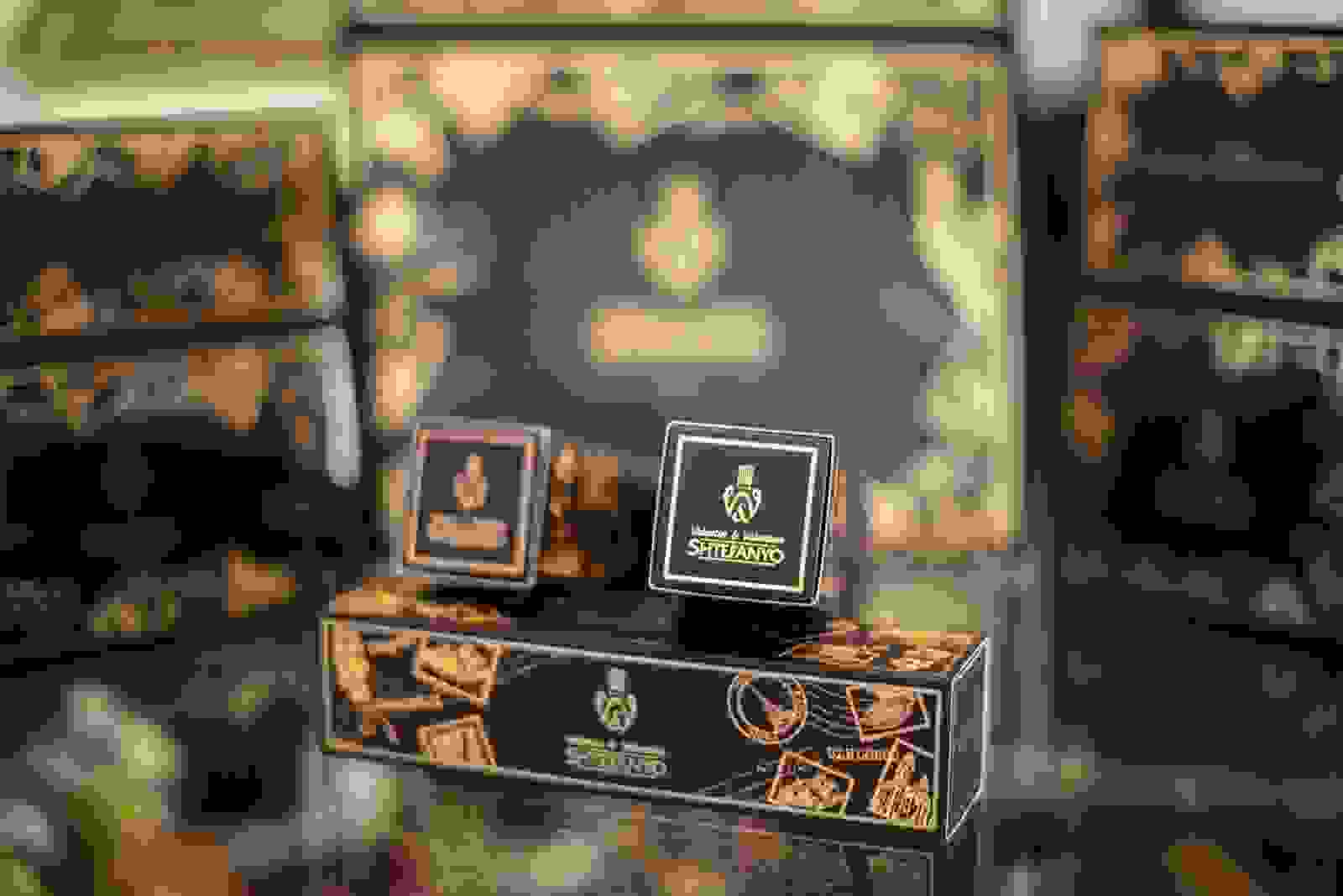 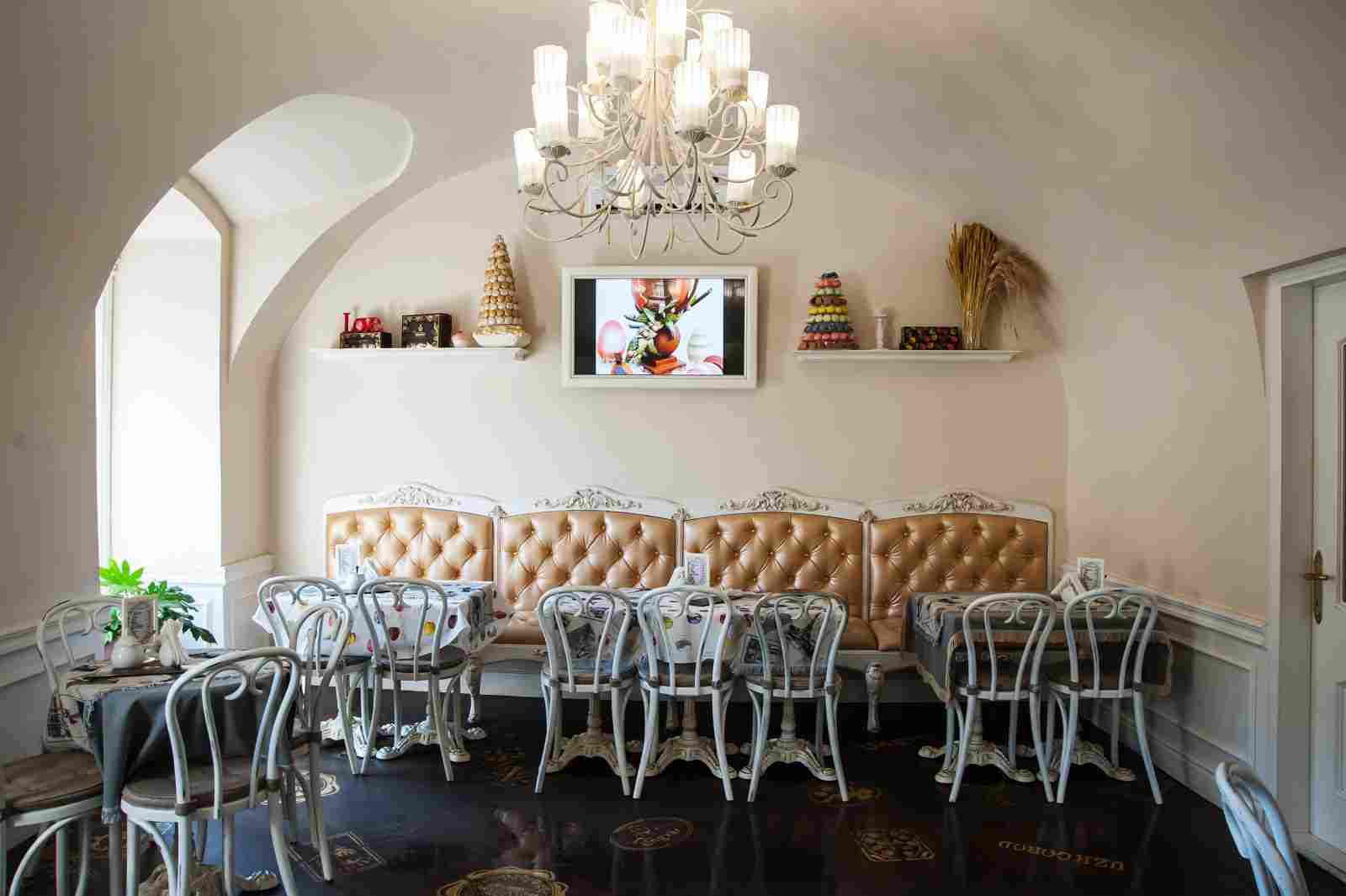 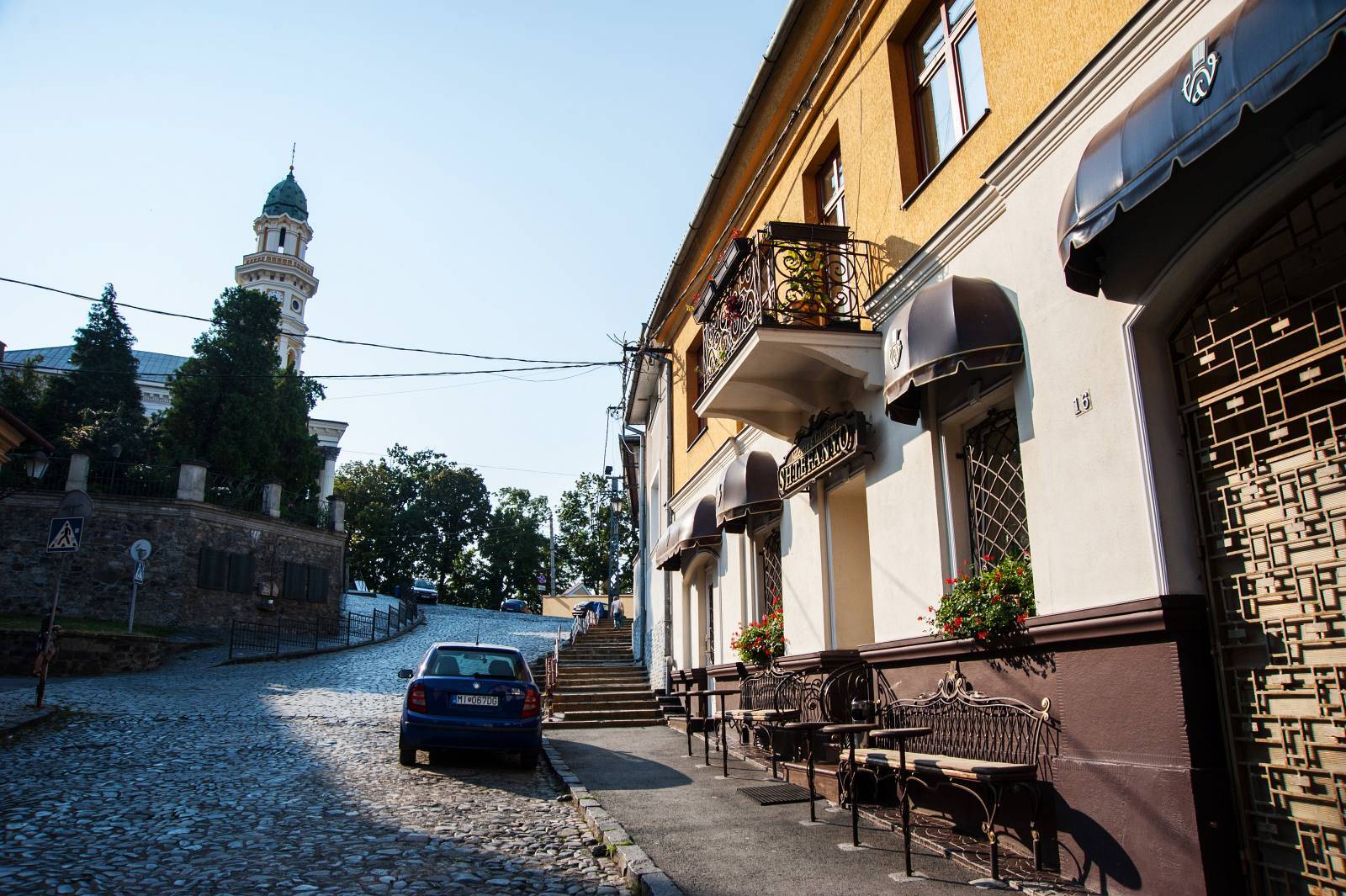 That’s why he invented the “Uzhhorod” tart, setting records in sales among tourists every year. Valentine also created lollipops shaped as the Uzhhorod coat-of-arms, candies “Transcarpathian Billet” devoted to the topic of timber industry and “The Kniahynia meteorite” devoted to the falling of Europe’s greatest meteorite, an event that happened in 1866 in Transcarpathia.

Besides, Valentine organizes charity events on a regular basis: he creates confectionary sculptures together with kids from needy families. This is why he was invited to a workshop by the famous French pastry chef Christoph Myhalak.

– We are almost age-mates with the “Selyska cheese dairy”. It was founded as a project back in 1994. It was then that my father, Petero Pryhara, together with his new friends from the European co-operative society Longo Mai (an international agricultural co-operative founded in France in 1973) were thinking on a project that can change the valley of Khust. And we ventured a business. At that time nobody believed it could become a success. We started learning the art of cheese-making and building a cheese dairy, Inna Pryhara told to Varosh journalists. She is a professional cheese monger, creating the legendary cheeses, together with her father, for 4 years now.

The staff also includes 9 hired laborers. They became friends together with their families, spending week-ends and supporting one another.

Initially the cheese dairy was designed to become a project that could give a jump-start economic growth in a depressive region and involve a large number of people, – adds Inna, marking that considering this, their project has a certain kind of working philosophy:

– We cooperate only with minor milk producers and never with large farmers. Nowadays about 120-150 families provide milk to the cheese dairy! This makes our work more complicated but so exciting, too. A cheese monger needs fresh milk with no admixtures, from a healthy cow that consumes no antibiotics , that’s important. We are lucky, for the majority of population in our region keeps cows of the Brownish Carpathian breed and make practice of pasturing in fields with wild grasses. That’s what gives us the opportunity to create unique and interesting flavors for our cheeses. Indeed, having high-quality milk, a cheese-monger is capable of producing countless varieties of cheeses.

It is hard to imagine now that once it used to be like that: nobody wanted to buy the “Selyskiy” cheese because of its specific taste and odor, but indeed there were times:

– My scariest memories from my childhood are related to days when we scraped Selyskiy into chips, packed into big packs and sold to pig farms at a price of a few hryvnias per kilo, to be able to settle accounts with the peasants for the milk they gave us, – Inna recollects. 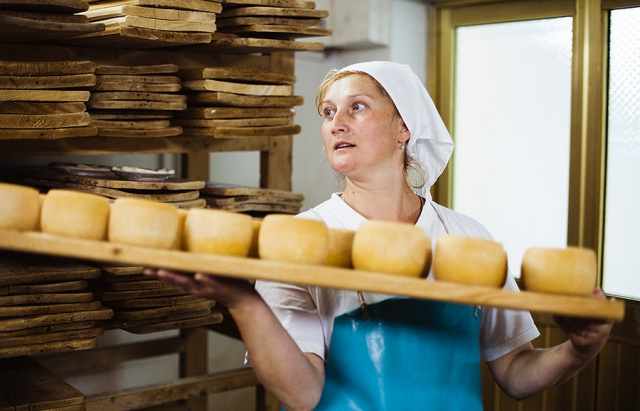 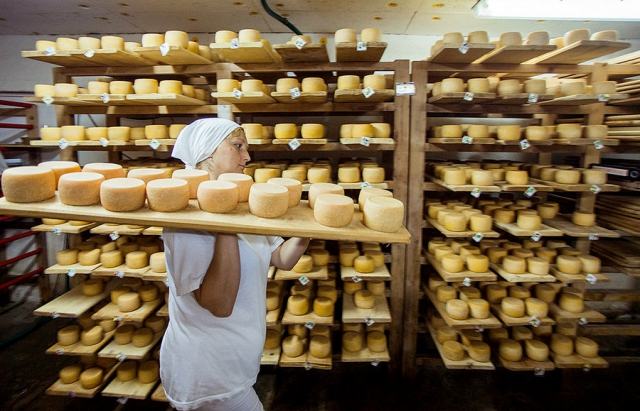 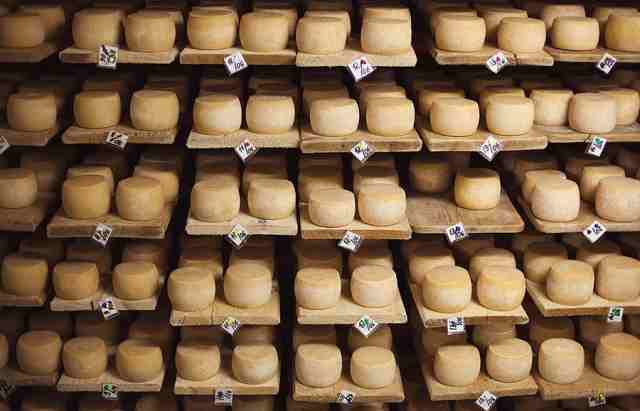 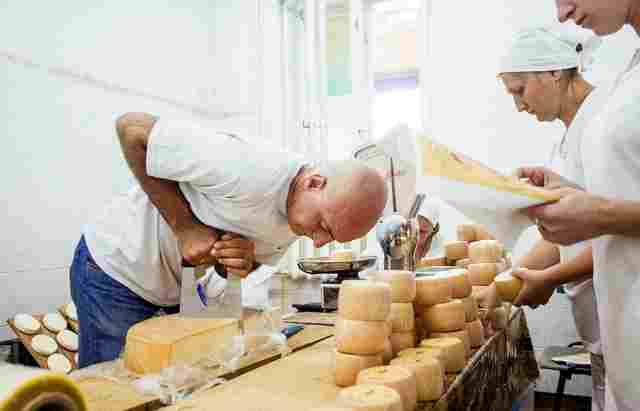 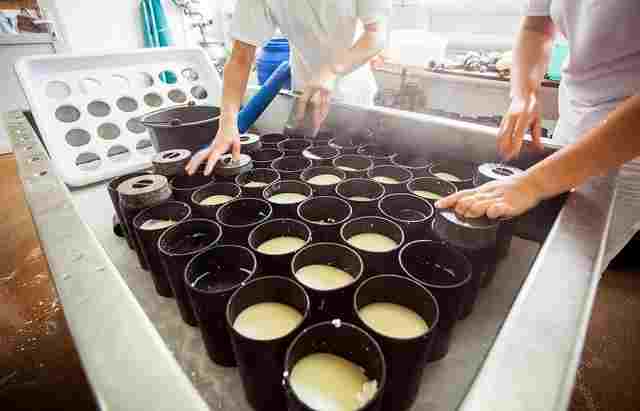 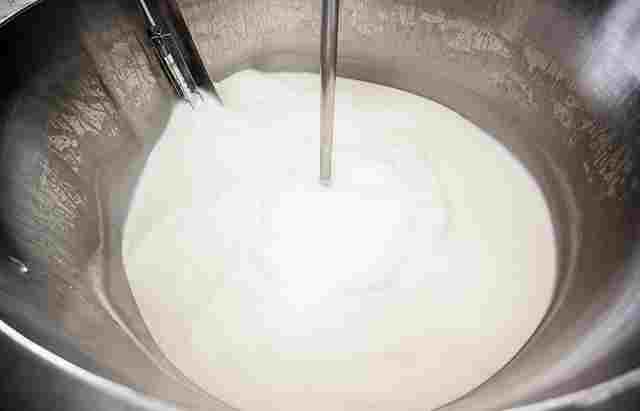 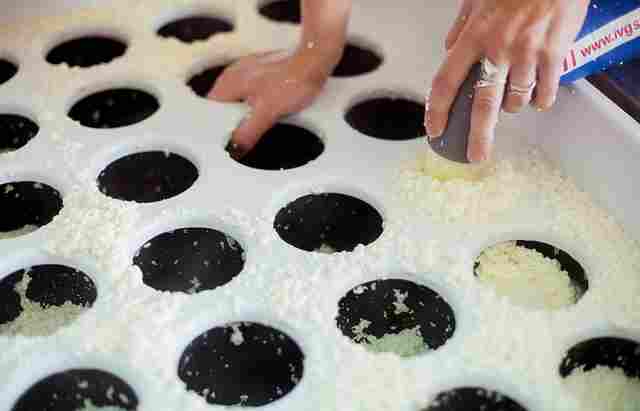 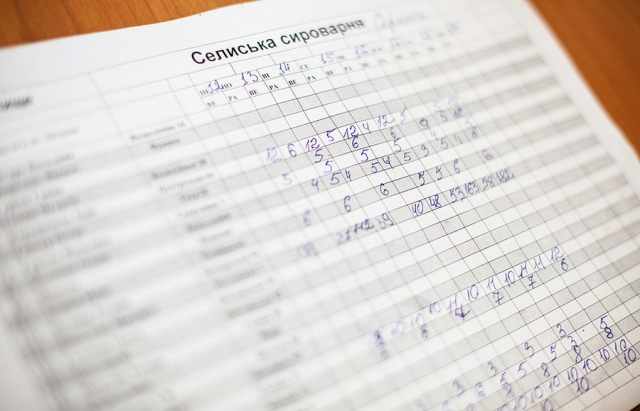 Back in 2002, “Selyska Cheese dairy”  was launched, having only one kind of cheese – the semi-firm “Selyskiy”. Then, in a year’s time, the soft cheese “Khust” was put into production, and in another year – the hard cheese “The Carpathian Daffodil”. And it was only last year that they launched the production of “Menchul” which became Inna’s training result. She took it in France, at a goat farm and at a closed cycle cheese dairy of Ferme Taterre, located in the region of Provance-Alps-French Riviera. She also attended trainings at a cow farm and the cheese dairy of Ferme de La Jarjatte, in the region of Rhône-Alpes.

We associated all of our cheese brands to the region, so that looking at the label, the buyer could already identify where it is made, – Inna stresses. – We do not export our cheese. We are anti-globalists and oppose export of such product as ours. We are absolutely not interested whether Selyskiy cheese will be eaten in Hungary, Germany or Japan and how much we can profit with it. As we communicate with other minor manufacturers, we urge them to do the same, i.e. not to get obsessed with the idea of fantastic short-time profits from export. At the same time, we think that people should come for our cheese to Transcarpathia, to Khust district, from all over the world. And we strive for that.

Nowadays it has become reality: the cheese route to Khust district is one of the most popular touristic routes in Transcarpathia, attracting visitors both from Ukraine and from abroad.

– Apart from the cheese manufacturing, we also work in two areas: educative and social. By delivering excursions at the dairy, we familiarize our visitors with the craft of cheese making and the taste of natural food. As for the social area, I mean our project “The traditional cheese of Khust district”. We have persuaded the local shepherds join us in the Association of Khust district shepherds and produce and sell bryndza cheese, promote sheep breeding as a profession, – Inna tells.

The Kochut brotherhood: jewelers planning to be lords of the Universe

Yuriy, Roman and Ihor Kochut started making jewelry many years ago – still in their school years. The boys confess: then it was of very doubtful quality and of strange shape.  They could not really imagine then that their bijouterie would be so incredibly popular among Ukrainian celebrities, and would be presented within the program of the Ukrainian Ball in Vienna and – they would have a brand name boutique in Austria’s capital.

– We started to produce some garnish yet at school. That could not be called bijouterie. They were very roughly made and focused accessories. Then theer was a period when we stopped doing it at all. At university we returned to it – but at a higher level, – tells Yuriy to Varosh journalists, as he recollects the way it all began. – The first stage was like this: something odd but similar to figgery. The second stage was actually making of some ringlets and lavalieres of brass and lattin. And also our first efforts to offer those to people. And the third stage was already serious work with silver and gems.

– The strongest impulse that has been influenced us until now, was made by Roma. He was the first to start working as a jeweler. Then Yura got into it. Romas was then giving him some minor tasks. And I got similar tasks from him, too. – adds Ihor.

– Generally speaking, we have always worked manually – from the very childhood. There was a time when we were actively involved into historic reconstruction. Making armor, ring-mails. That’s what led me to the jewelry craft. I made mails and was gradually going to decreasing the elements in size, making the rings a mail consists of smaller and smaller. Then Dad told me: So much delicate workmanship! You should try producing something of silver”. We could not imagine then even where to get the material. Our neighbor introduced me to a jeweler. Although he did not teach me much, he told me some things. I understood the main principles of his work. Later I e-met one more craftsman. A friend of mine now. – Yuriy told. 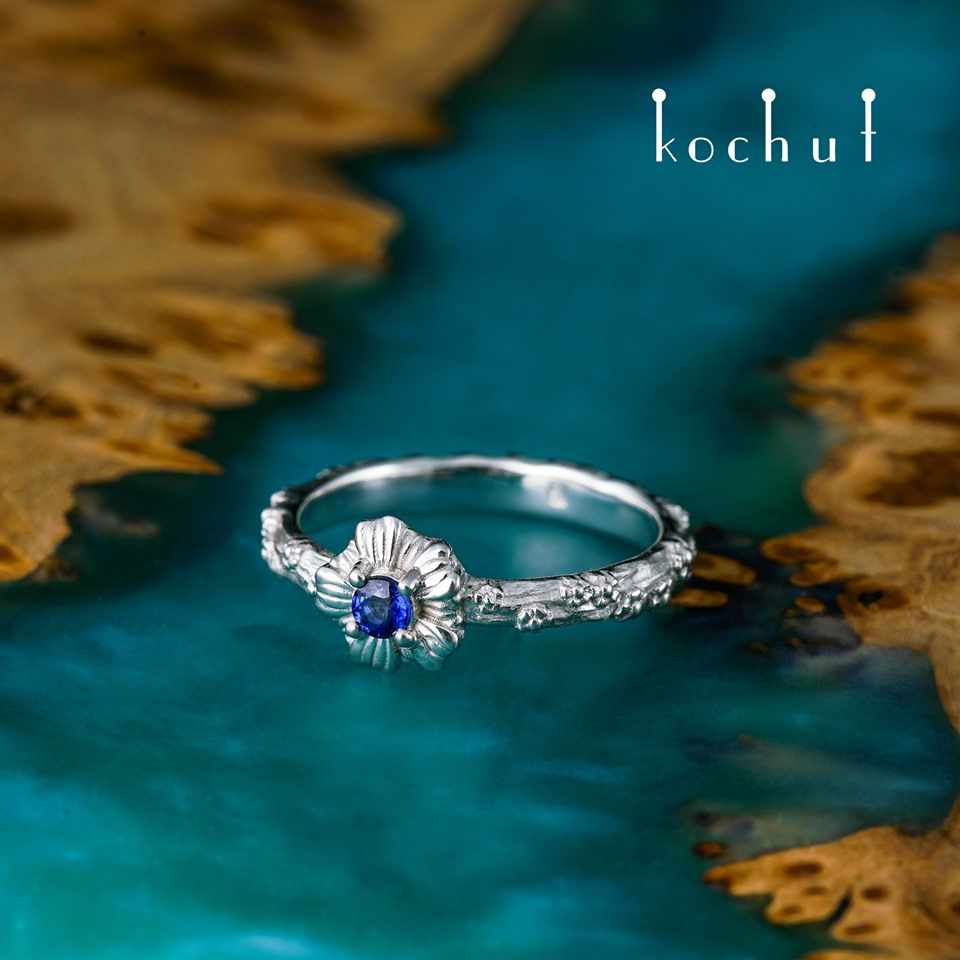 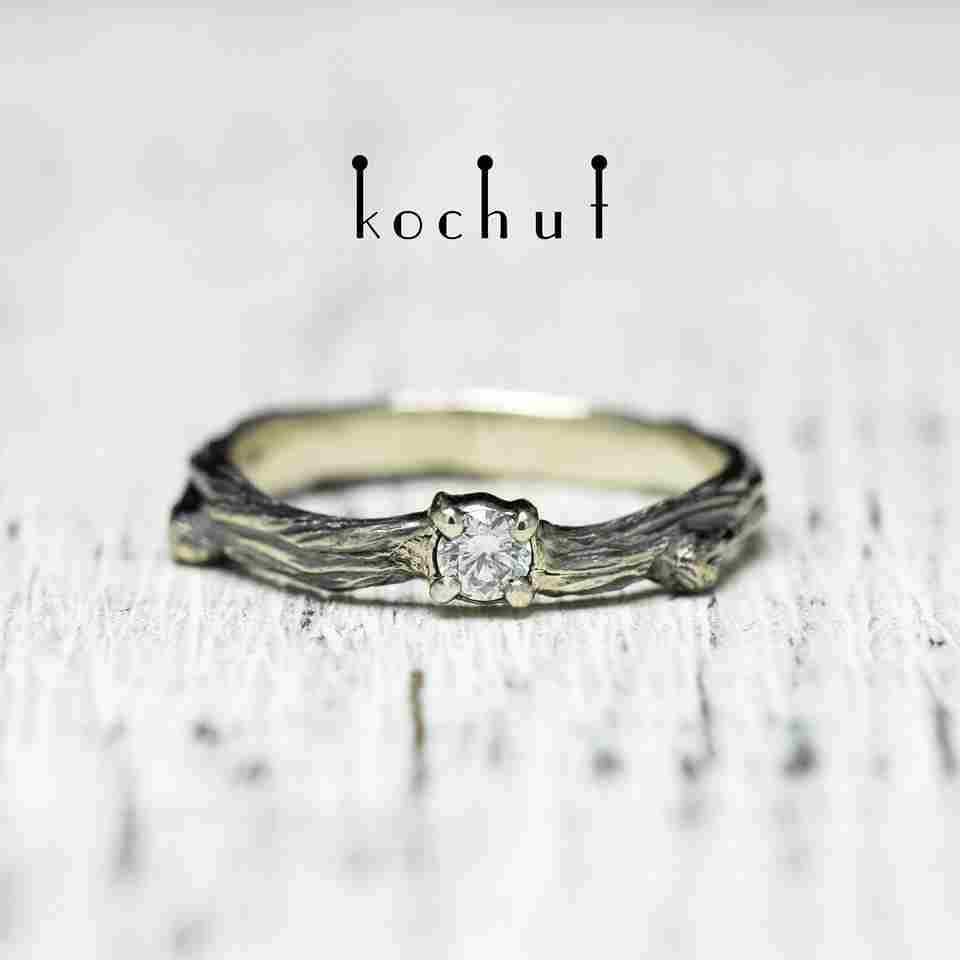 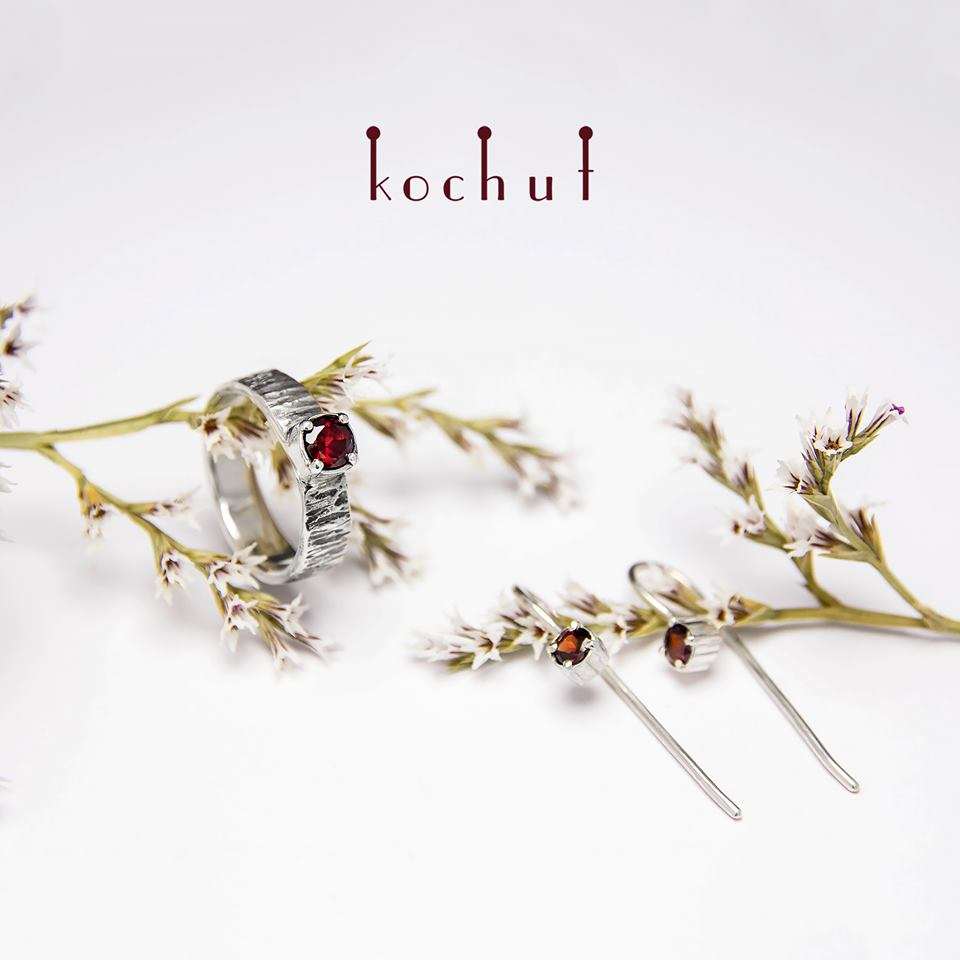 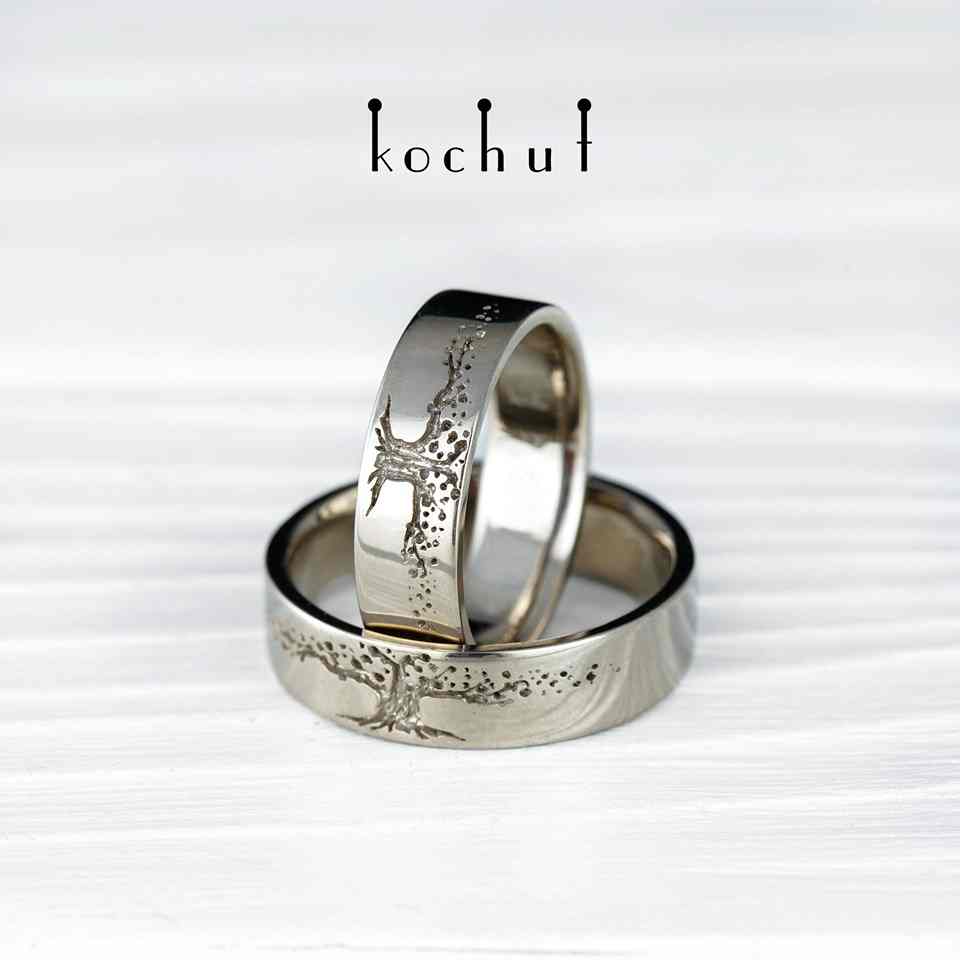 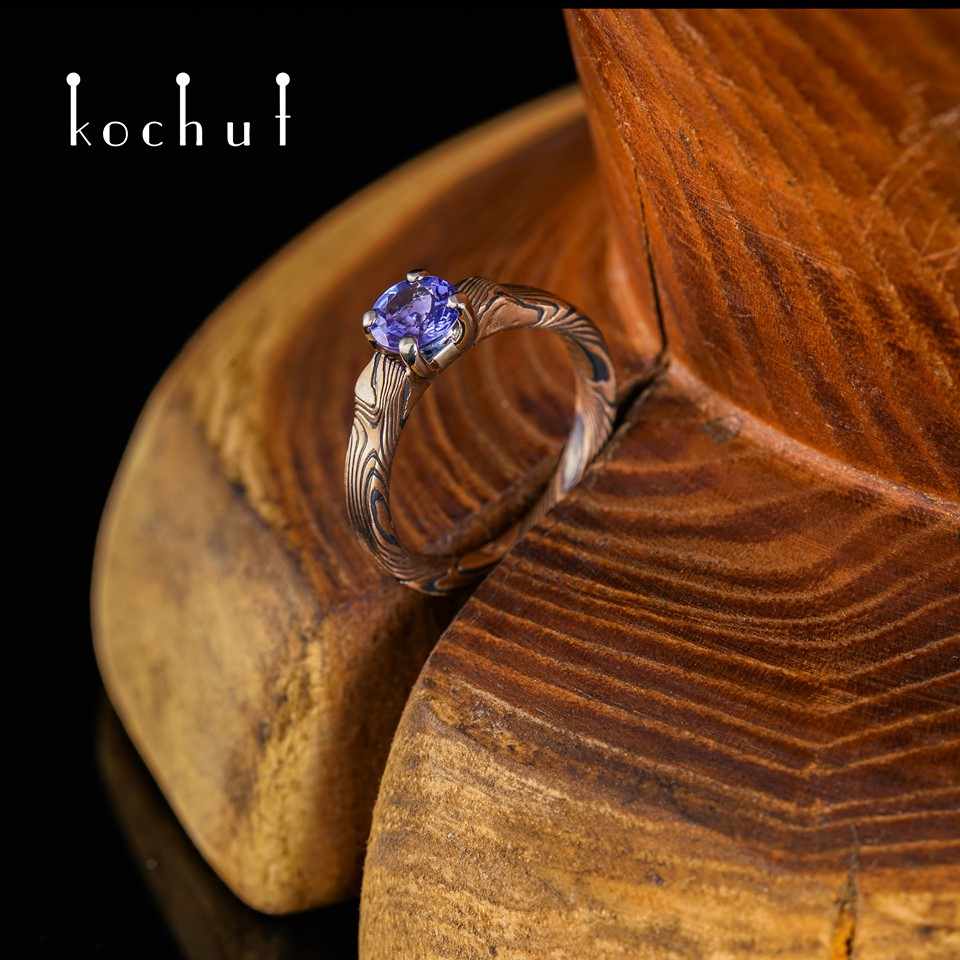 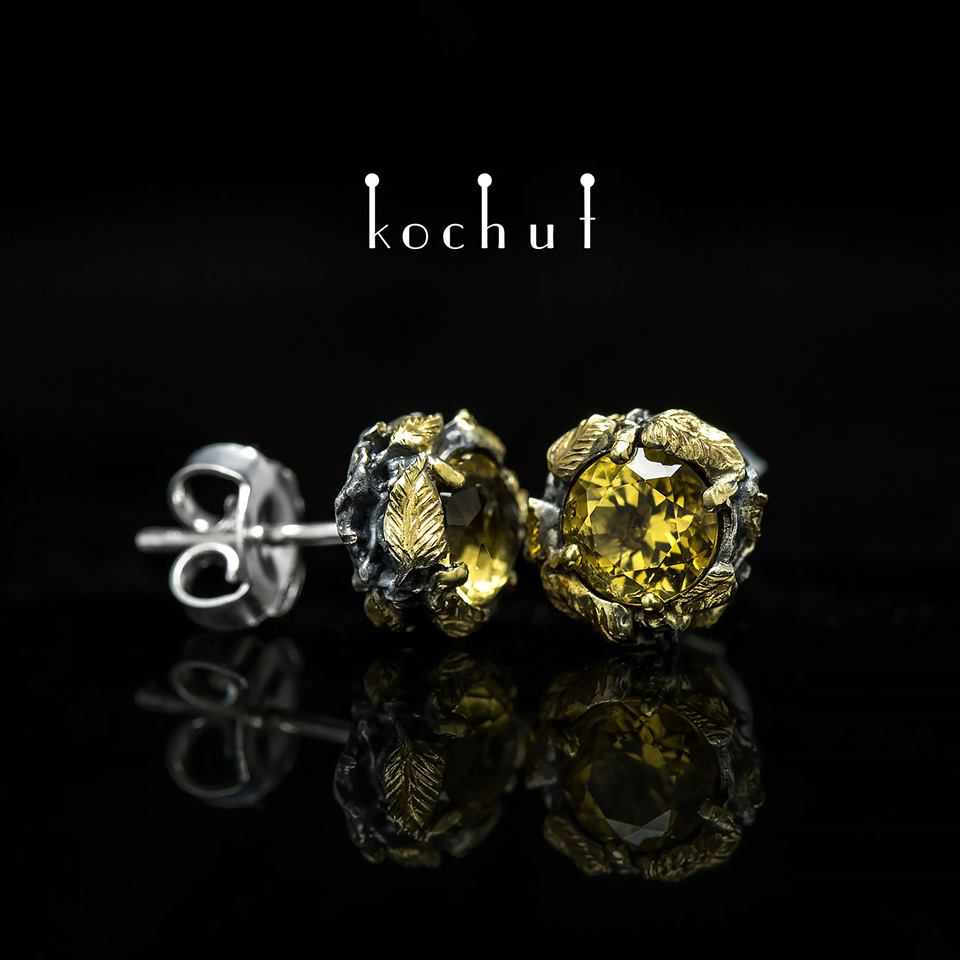 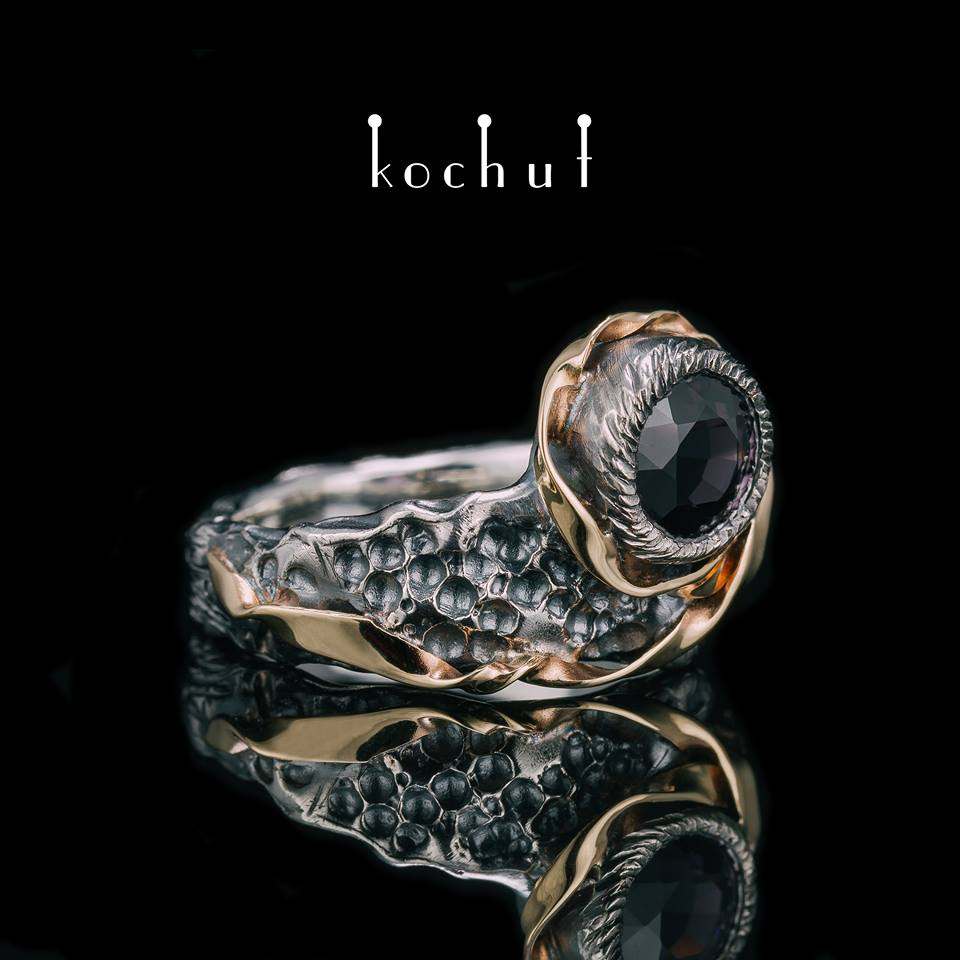 The jewelry brand was launched by the boys in 2013, and recently the brothers also took up wood and produce furniture of fantastic beauty. Moreover, they opened up a show-room of their own in Kyiv. So this is their flowchart: in Transcarpathia, namely in Uzhhorod they have their team and the workshop, while their boutiques are located in the capitals of Austria and Ukraine. Not bad. Transcarpathia’s cultural diplomacy in full play;) 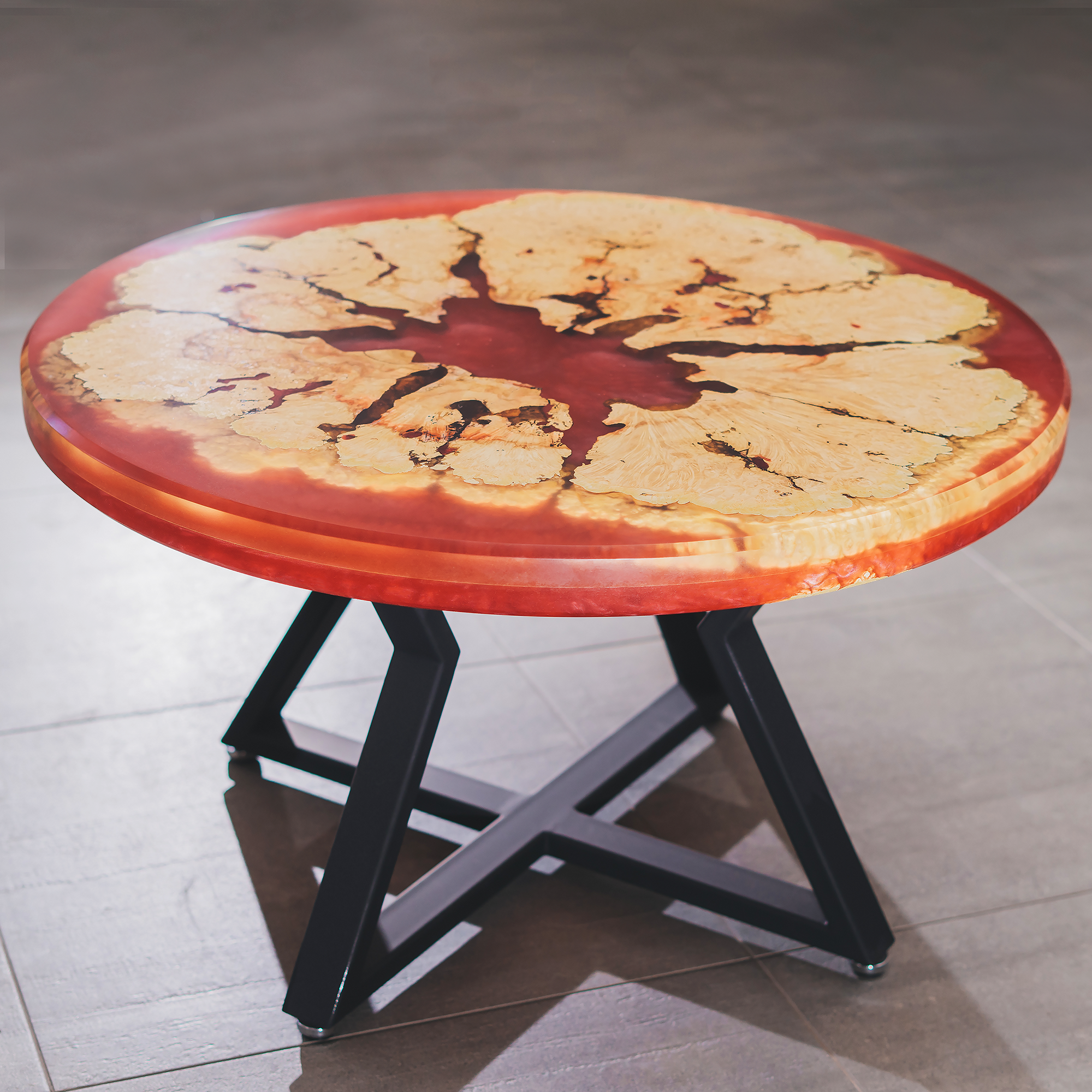 Apart from the cases we have just told you about local business promoting Transcarpathia, we cannot omit the brand “Konik”, with their juices at the supermarket shelves all over the country. The juices are produced in the village of Storozhnytsia, suburbs of Uzhhorod. And then there is also the Transcarpathian palinka (fruit brandy), beer brand The Tsypa (The Chickie) brewed in the village of Kvasy in Rakhiv district, numerous brands of Transcarpathian mineral waters, the “lekvar” jam and other products from  Pan Eko company in the village of Botar in Vynohradiv district, the farming household of Baranovo and many others. We are going to tell you about them in our further publications.